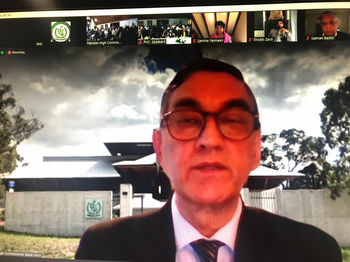 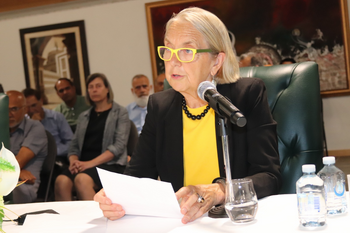 The Senator Lee Rhiannon in her remarks stated that the people of Indian Occupied Jammu and Kashmir were facing a grave humanitarian crisis and were being denied basic human rights, including the freedom of movement, communication, and basic essential needs such as food and medicine. She stated that the communication blockade by India during the Covid-19 pandemic was a ‘death sentence’ for the people of IIOJK. She added that there was little awareness that India was committing crimes against humanity in IIOJK. She urged Australian government and the international community to call on India for the immediate cessation of the lockdown in IIOJK and to bring normalcy to the lives of the Kashmiri people. 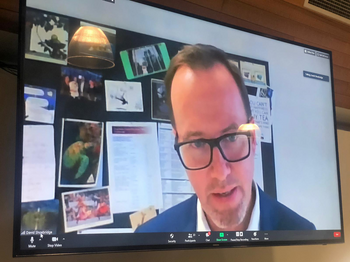 Hon. David Shoebridge, MLC highlighted the human rights violations in Kashmir and stressed on the need for resolution of the Kashmir dispute on the principle of right to self-determination. He expressed concern on the indifference of the international community including Australia, to the plight of the Kashmiris. He, however, added that there was hope as the issue was being raised by international human rights organizations, media groups and parliamentarians around the world. 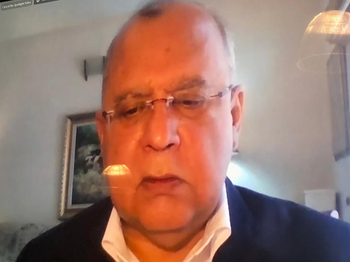 Dr. Claude Rakisits in his remarks stated that the situation in IIOJK was grave due to the continued clampdown in IIOJK. He added that India’s actions of 5 August 2019 were a violation of international laws. Kashmir had become an open-air jail where people were being denied their fundamental rights. He appreciated the Foreign Minister Shah Mahmood Qureshi’s remarks on 3 February 2021 in which he called for the resolution of IIOJK issue in accordance with the UNSC resolutions. Dr. Rakists further stated that people of Jammu and Kashmir should be allowed to choose their own fate. 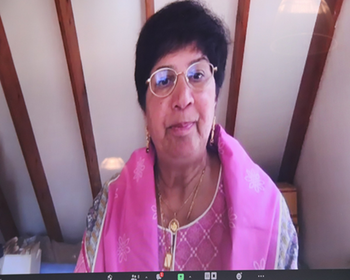 Professor Samina Yasmin informed the participants that the human rights violations being carried out by India had been reported by the United Nations Office of the High Commissioner on Human Rights (OHCHR) in its two reports of June 2018 and July 2019. She added that international community should not overlook India’s inhumane actions due to economic or strategic interests. She also highlighted the psychological impact of the human rights abuses on the people of IIOJK.

The High Commissioner Babar Amin in his remarks thanked all the speakers for their principled position. He briefed on the history and genesis of the IIOJK conflict. He informed the participants of India’s illegal actions of 5 August which were in contravention of international law, bilateral agreements, and established norms. He stated that the RSS inspired BJP government was pursuing extremist ‘Hindutva’ agenda, including running a diabolic misinformation campaign against Pakistan. He added that India’s aggressive rhetoric and misadventures against Pakistan were a threat to peace and security of the region. He reaffirmed Pakistan’s continued moral, political, and diplomatic support to the people of Jammu and Kashmir. 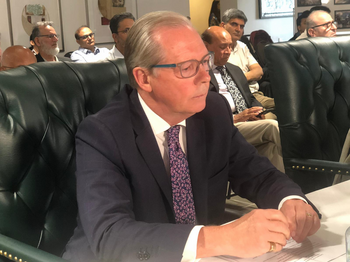 Mr. Salman Bashir gave an overview of the IIOJK conflict. He highlighted the human rights violations being carried by the Indian Security forces in IIOJK, including use of pellet guns, collective punishments, extra-judicial killings, rape and detention of Kashmiri leaders. He emphasized that there was no resolution of the Jammu and Kashmir dispute without allowing Kashmiri people to exercise their inalienable right to self-determination as enshrined in the relevant UNSC resolutions. He stated that Australia being a being a champion of human rights should play its due role.

A photo exhibition on the human rights violations carried out by the Indian Security Forces in the Indian Illegally Occupied Kashmir was also organised by the High Commission on the occasion.

The event was attended by high-level parliamentarians, officials and dignitaries of Australian government, diplomats, journalists, scholars, intellectuals, think tanks and members of Pakistani and Kashmiri community. The event was concluded with authentic Kashmiri cuisine for the guests. 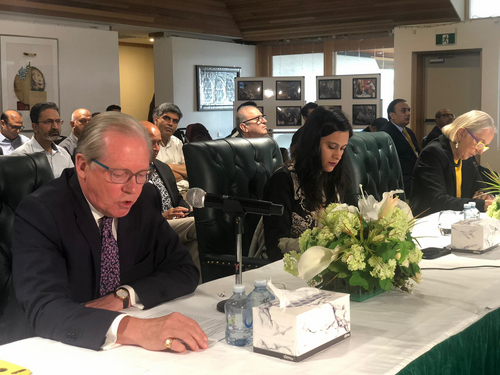 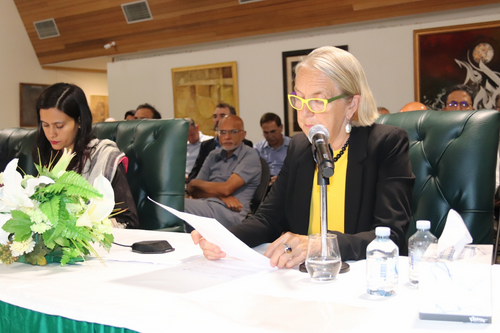 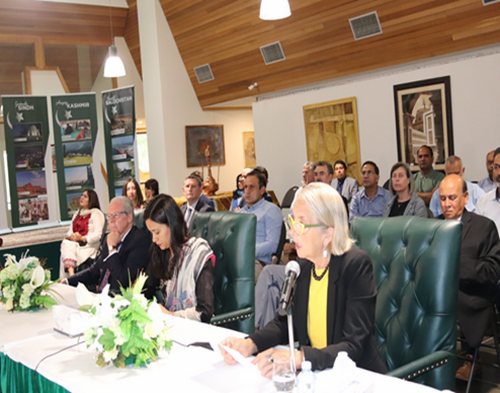 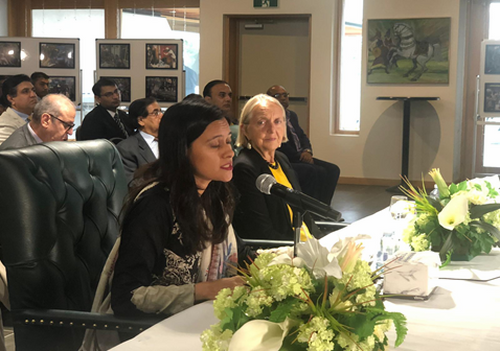 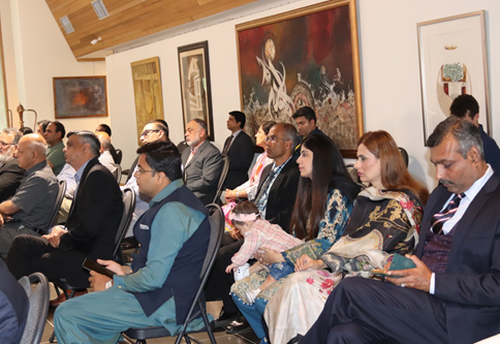 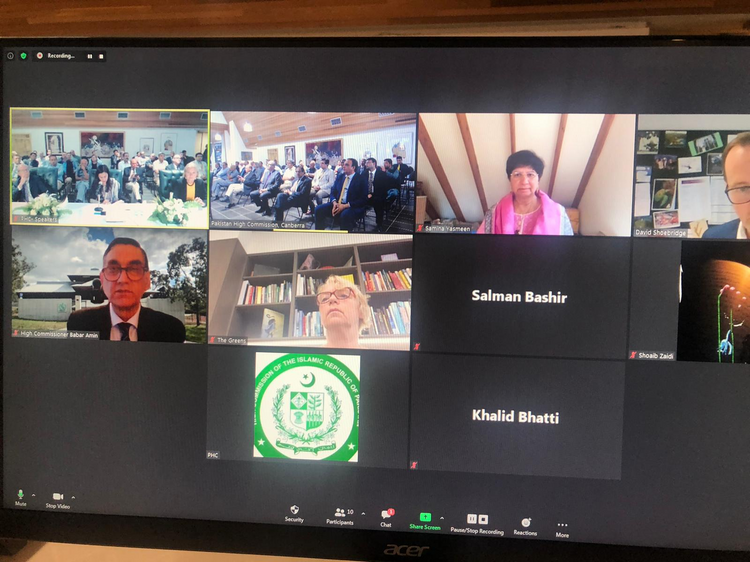 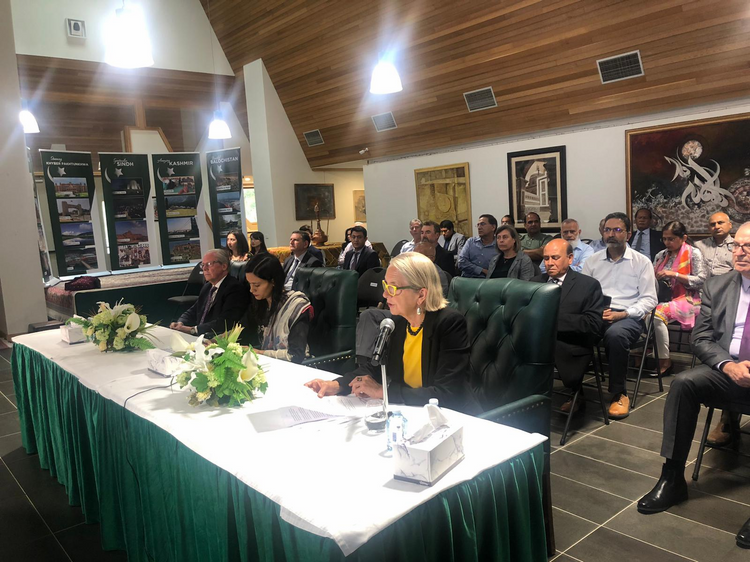 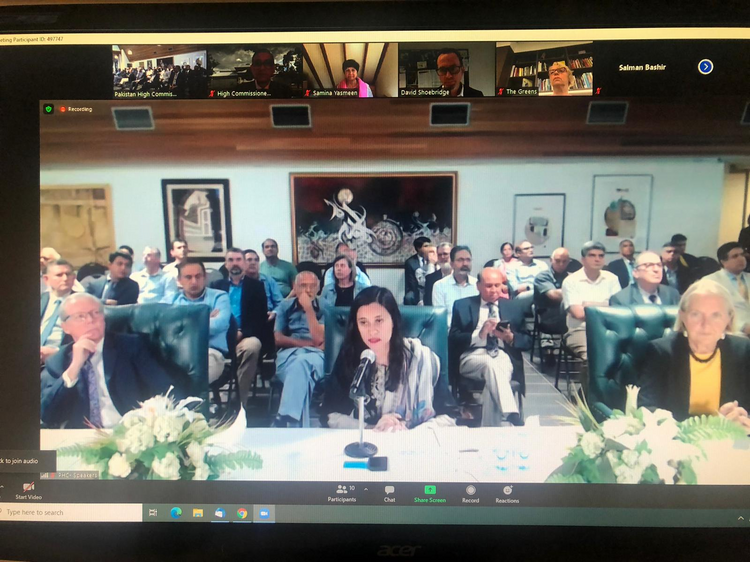 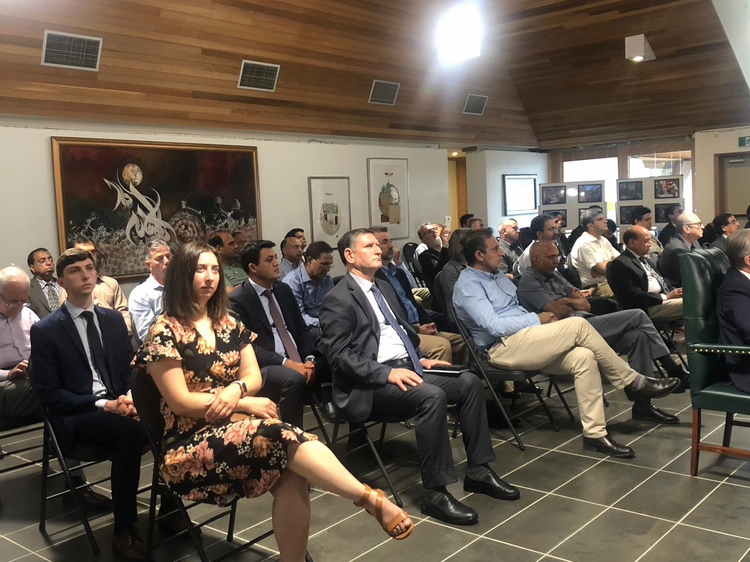 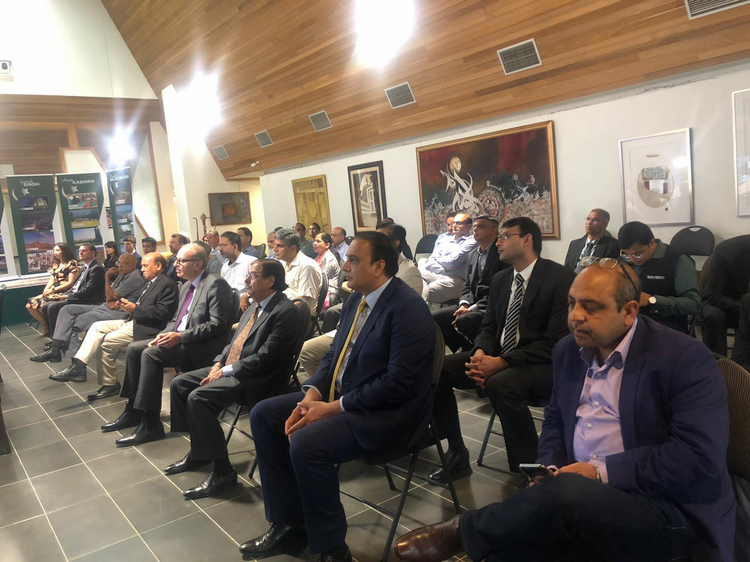 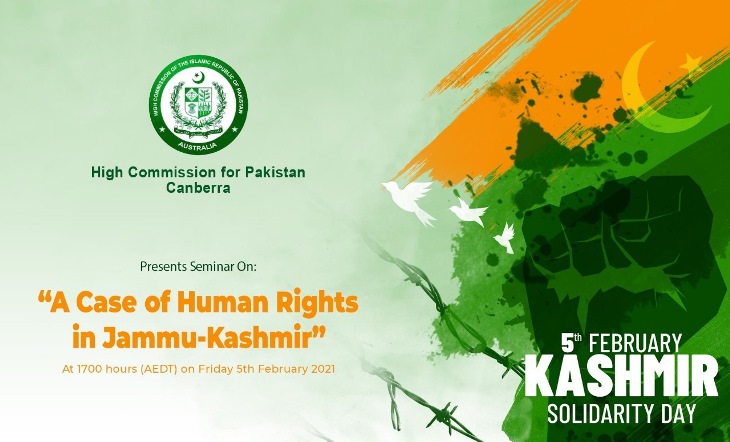