"Afghanistan is in the news" 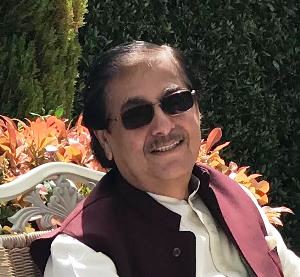 The US forces have withdrawn hastily, leaving “democratic” government of their Westernized ally in the lurch. The 300,000-strong Afghan army, trained and equipped to the nail by the world’s mightiest military outfits during the last two decades, is on the run from just 75,000 rag-tag fighters, despite the air cover being provided by the Super Power.

The Troika Plus is meeting at Doha on 11 August to find a peaceful solution. Fingers crossed!

The world media is rife with the narrative that: The “brutal, tyrant” Taliban are using “force and fear” to get “lion’s share” in Afghanistan’s governance. They are determined to enforce “repressive” Sharia laws, which will “ban girls”, even “simple pleasures like music”. Their victory will not mean automatic legitimacy and international recognition. Instead, it will start civil war and destabilize the entire region etc.

The above narrative is, more or less, valid. But it needs to be fine-tuned in the light of the following ground realities.

The Taliban were not always bad. They were fathered by US, with cooperation of oil-rich mid-wives and a South Asian surrogate mother. To widen their fraternity, step-siblings were adopted from Bosnia to Morocco to Indonesia. These good guys were then provided with arms to hound the Soviets out of Afghanistan, which they did dutifully - to be left in the lap of their surrogate mother immediately thereafter as orphans, and written off as bad guys.

US returned to Afghanistan after 9/11 to “smoke out” Al-Qaida, which it did. But then it decided to stay on to off-load its proverbial ‘white-man’s burden’. Ironically, however, it found that sauce for the goose was also sauce for the gander.

In the light of the above, I would like to benefit from the reader’s comments on the following points:

1.   Ashraf Ghani stands for democracy and we stand with him as we believe Democracy is the best form of government. But my understanding is that democracy means majority rule according to its own values, not necessarily the Western values. Right?

2.   Must non-Western nations be westernized to be treated as civilized?

3.   Democracy is the most precious gift we can present to others. Shall the “civilized” nations start with their autocratic allies or adversaries?

4.   Ghani has legitimacy and international recognition the Taliban will forfeit if they occupied Kabul by force. Why? Ghani was installed by US, got only 9% votes, and, all along, survived on the Western oxygen. Right?

5.   The Taliban rule will invite civil war and instability. Very true! But did the civil war ever stop there since the Soviet left Afghanistan? Almost 175,000 military and civilian casualties on both sides since 2001, despite heavy NATO/ISAF deployment. Right?

6.   As for stability, was Afghanistan stable during the last two decades? Were the Taliban ever totally flushed out of the country? Wasn’t Afghan government mostly confined to Kabul? Didn’t some ISAF partners buy safety and stability from Afghan warlords in their respective areas?

7.   Last but not the least, US has left Afghanistan “hastily”. I think it was a very well-considered move. US wants chaos and civil war in Afghanistan; and instability in the region. This will sabotage China’s BRI and Pakistan’s easy reach to Central Asian Republics, to the hearts’ delight of the US allies in the region.

8.   Are we guided by principles or national interests?

·      The author is a former diplomat who can be reached at khizar_niazi@hotmail.com