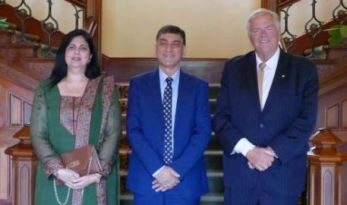 The High Commissioner for Pakistan Babar Amin Call on the Governor of Western Australia the Hon. Kim Beazley

During the meeting, the High Commissioner Babar Amin stated that the relations between Pakistan and Australia were on the upward trajectory. He underscored that the people to people contacts between Pakistan and Australia were very strong and cricket had also played an important role in bringing our people closer. Mr. Babar Amin emphasized the need for increasing interactions and evolving mechanisms for the regular exchange of views for promotion of bilateral cooperation in all spheres of life including trade and economic cooperation etc., at the State level.

The Governor the Hon Kim Beazley, AC, appreciated the historically friendly relations between Australia and Pakistan and hoped that the relations would grow further. He recalled his fond memories of the University of Oxford when Prime Minister Imran Khan used to play cricket for the University. Concurring with High Commissioner on the need to strengthen State level ties, the Governor stated that he would convey to the government of Western Australia, Pakistan’s desire to deepen trade, economic, scientific and educational relations.

The High Commissioner Babar Amin also gave a detailed briefing about the human rights violations and the humanitarian crisis in the Indian Occupied Jammu & Kashmir (IOJ&K). He stated that the Indian actions of 5th August 2019 were aimed at depriving the Kashmiris of their right to self-determination. The High Commissioner Babar Amin added that eight million Kashmiris had been under virtual lockdown for the third consecutive month now, facing the state enhanced human rights violations and living under tremendous hardship. He drew attention of the Governor towards the Reports of the Office of the UN High Commissioner for Human Rights, Amnesty International, Human Rights Watch and other organizations that have consistently expressed grave concern on the human rights and humanitarian situation in the IOJ&K. 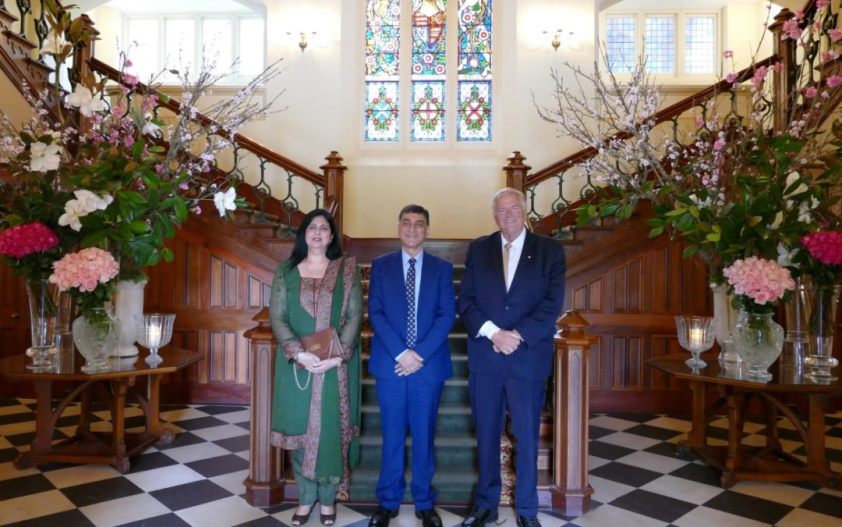