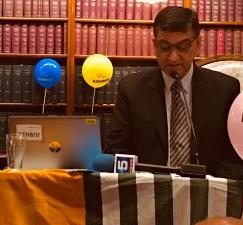 To mark the Kashmir Black Day (falling on 27 October every year), a forum was organized on 24 October 2019 in the New South Wales Parliament by the Kashmir Council of Australia. This year’s Kashmir Black Day was commemorated amidst the continuing lockdown of IOJ&K by the Indian security forces in the aftermath of the Indian Government’s illegal constitutional changes of 5 August 2019. The topic of the forum this year was aptly named “Lockdown of Eight Million Kashmiris”.

In his remarks Honourable Shaoquett Moselmane, emphasised the need for a peaceful resolution of the Kashmir dispute. He also called upon the Indian Government to lift the curfew and let life come back to normalcy in the valley.

Speaking on the occasion former Senator Lee Rhiannon drew attention to the deteriorating situation in IOJ&K. She called upon the international community, including the Government of Australia, to intervene and ease the suffering of the people of IOJ&K. She called for the immediate cessation of the lockdown in IOJ&K and to bring normalcy in the lives of the Kashmiris. She also referred to the numerous reports of international organization enumerating the atrocities being committed by the Indian forces in the garb of the draconian laws prevalent in IOJ&K. She also welcomed Pakistan’s commitment to cause of the Kashmiri people especially in the form of diplomatic and moral support.

Mr. Jihad Dib voiced his concerns about the human rights situation in IOJ&K and the denial of basic facilities to the people. He cautioned the international community against lethargy in reacting to this crisis of enormous proportions. Mr. Dib called for the immediate lifting of curfew and release of prisoners by the authorities.

Mr. David Shoebridge also lamented the indifference of the international community including Australia to the plight of the Kashmiris. He vowed to take up the issue on every forum possible. He read out a resolution that had been tabled in the NSW Parliament and was expected to be deliberated upon soon. The resolution condemned the ongoing humanitarian crisis in the IOJ&K. Mr. Kyser Trad criticized the draconian laws in force in IOJ&K that give unlimited and unchecked powers to the Indian security forces leading to the ongoing human rights violations. He declared the Government of BJP in India as the most atrocious violator of human rights. Mr. Trad appealed to the Australian Government to take concrete measures to force India to step back from its suppression of the people of IOJ&K. A resolution was also presented by Mr. Kyser Trad which was unanimously adopted (as Annexure).

High Commissioner Mr. Babar Amin informed the audience that as a result of the 5th August’s measure by the Indian Government, restrictions were lifted on non-J&K persons to acquire permanent domicile in the territory which would change the demographic composition of the territory, adversely affecting the future UN organized plebiscite in J&K. The Indian Actions are illegal under international law for being in violation of UN Charter, UN Security Council Resolutions and bilateral Agreements between Pakistan and India on Jammu and Kashmir.
The High Commissioner said that as a result of the lockdown 8 million Kashmiri people were faced with acute food shortages, little access to health services and have been deprived off their means to livelihood.
Other speakers, including Miss Amara Khan, Mr. Anjum Rafiqui and Dr. Ali Sarfaraz of the Kashmir Council of Australia also made a passionate appeal to the international community to act swiftly and stop the ethnic cleansing being carried out in IOJ&K by India.

RESOLUTION
Presented during the Forum on Peace in South Asia held on 24 October 2019 at NSW Parliament House.

The Jammu & Kashmir dispute is a nuclear flashpoint in South Asia. God forbid if a nuclear war starts, no living being will remain unimpacted. We, therefore, discharge our moral obligations to pursue support for continuity for life on the planet by adopting the following resolution:

I. India must immediately lift the curfew, end the communications and internet blackout; release all detained children, protestors, and elected Kashmiri political leaders; reduce Indian security forces in the region; and, immediately reinstate the protected status of Jammu and Kashmir.

II. The Australian government and the international community must blacklist from trade any Indian logistics and technology companies that have actively supplied or furthered India’s military takeover of Kashmir or construction of concentration camps for Muslims stripped on Indian citizenship.

V. India must stop all violations of human rights and war crimes in Jammu & Kashmir.

VII. Both India and Pakistan should resume dialogue to arrange a free and fair plebiscite allowing Kashmiris to decide their destiny as promised by the UN in 1948.

VIII. India must withdraw all its occupation troops from Kashmir by no later than 30 June 2020. If necessary, such troops can be replaced by a reasonable deployment of UN peace keeping forces along the India Kashmir border. 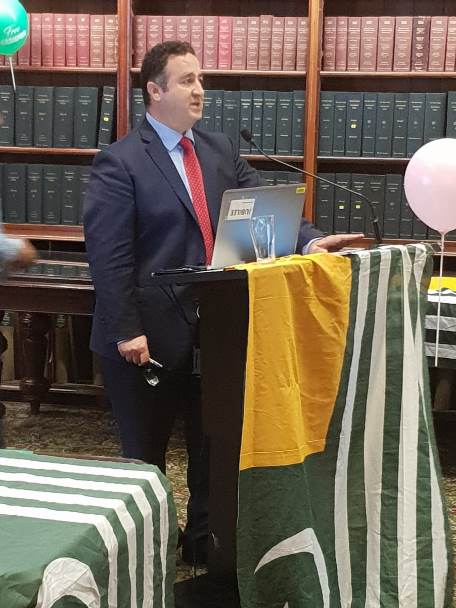 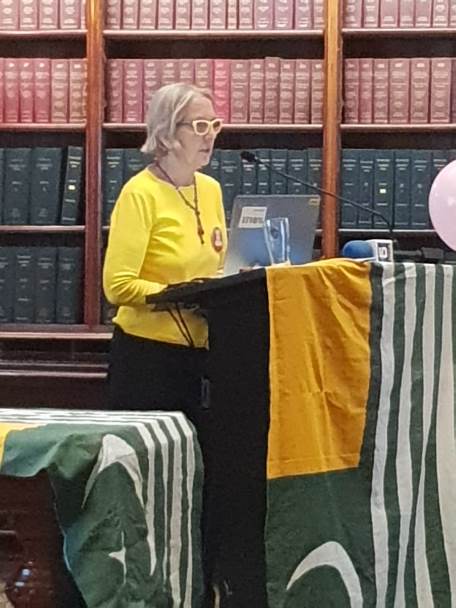 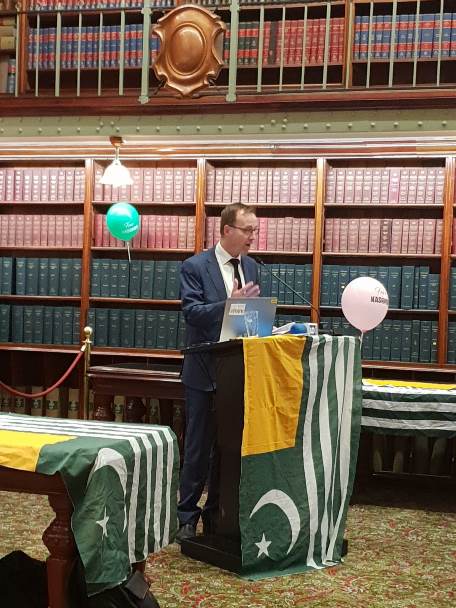 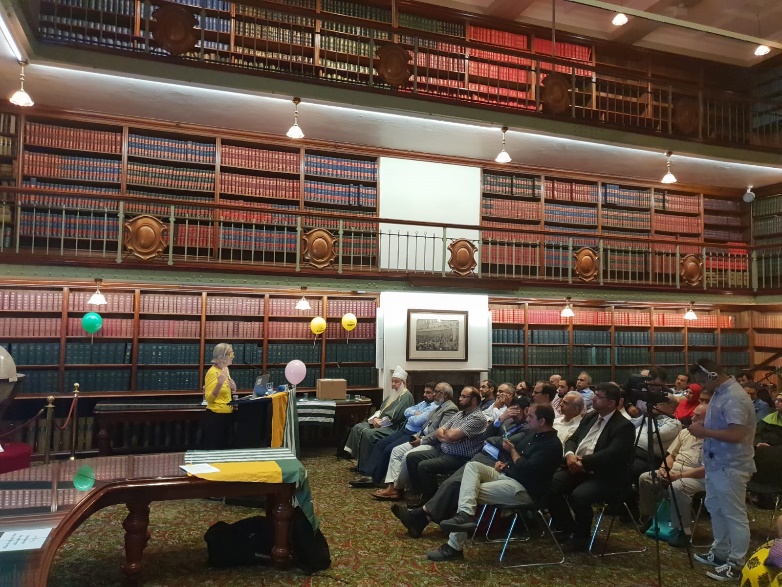 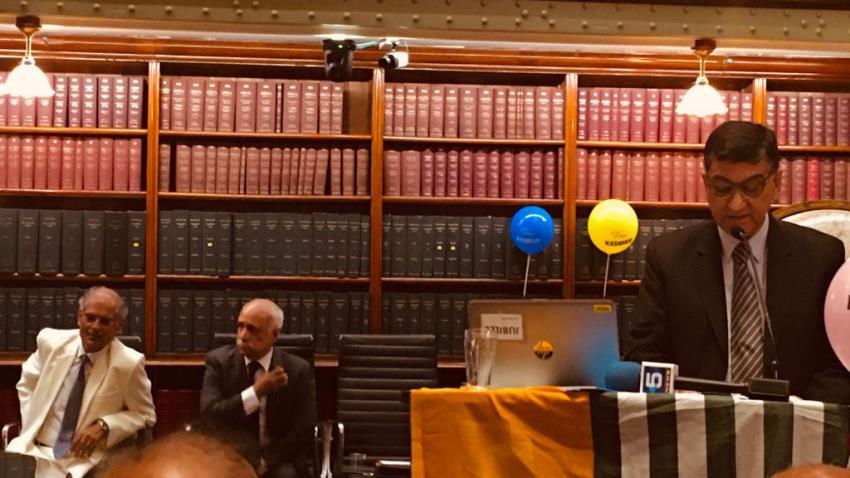