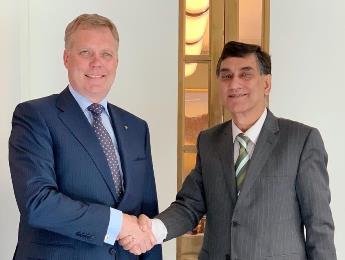 On Tuesday, 23rd October 2018, the High Commissioner for Pakistan His Excellency Mr. Babar Amin met with the Speaker of the House of Representatives in the Australian Parliament, the Honourable Tony Smith MP, in his speaker chamber Canberra.

The High Commissioner Mr. Babar Amin expressed satisfaction at the longstanding friendly relations between Australia and Pakistan. He said that Pakistan would like to further strengthen parliamentary relations with Australia.

The High Commissioner H.E. Babar Amin informed the Speaker that following the General Elections in Pakistan, a new Pakistan-Australia parliamentary friendship group is being formed in the National Assembly of Pakistan. Moreover, the Pakistan-Australia Friendship Group has already been formed in the Senate of Pakistan. He stressed on the need to enhance exchange of bilateral Parliamentary visits between both sides. While agreeing to the need of greater interaction, the Speaker indicated that the earliest such visits could take place would be after the Australian parliamentary elections next year.

The High Commissioner Mr. Babar Amin briefed the Speaker about the OHCHR’s report on human right’s violations in Kashmir. He expressed the hope that Australia and Pakistan, being members of the Human Rights Council, would work together to support the recommendations contained in the report, most importantly, to form an Independent Commission of Inquiry on human rights violations in Kashmir. The Speaker while thanking for apprising him about the situation stated that the Australian Ministry of Foreign Affairs should be looking into the matter. 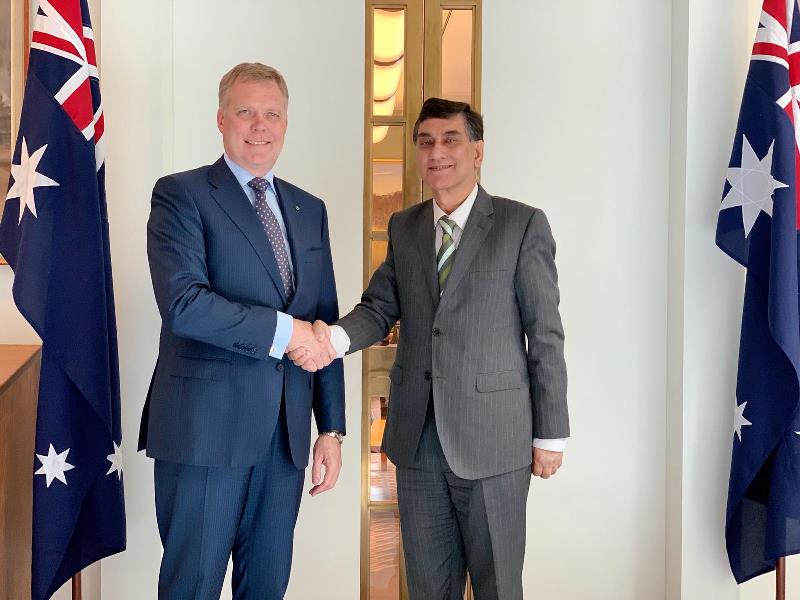 Canberra: Meeting of the High Commissioner for Pakistan, Mr. Babar Amin with the Speaker
of the House of Representatives in the Australian Parliament, the Honourable Tony Smith MP