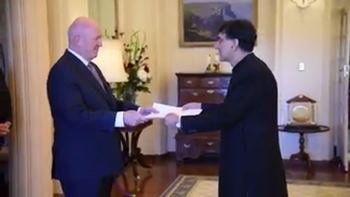 The High Commissioner for Pakistan to Australia, His Excellency Mr. Babar Amin, presented his credentials to the Governor-General of the Commonwealth of Australia, His Excellency General the Honourable Sir Peter Cosgrove AK MC (Retd), at a ceremony held at the Government House on Wednesday, 29th August 2018. The presentation of credentials ceremony was preceded by guard of honour.

His Excellency, the Governor General expressed his gratitude to the President of Pakistan, Mamnoon Hussain for his kind sentiments and expressed the hope that the relations between Australia and Pakistan would be further strengthened in future.

Pakistan flag was hoisted at the Government House while the Royal Military College Band played the national anthem. The High Commissioner Babar Amin inspected the Guard of Honour by the Australian Federal Guard at the conclusion of the ceremony.

Pakistan flag was hoisted at the Government House Canberra 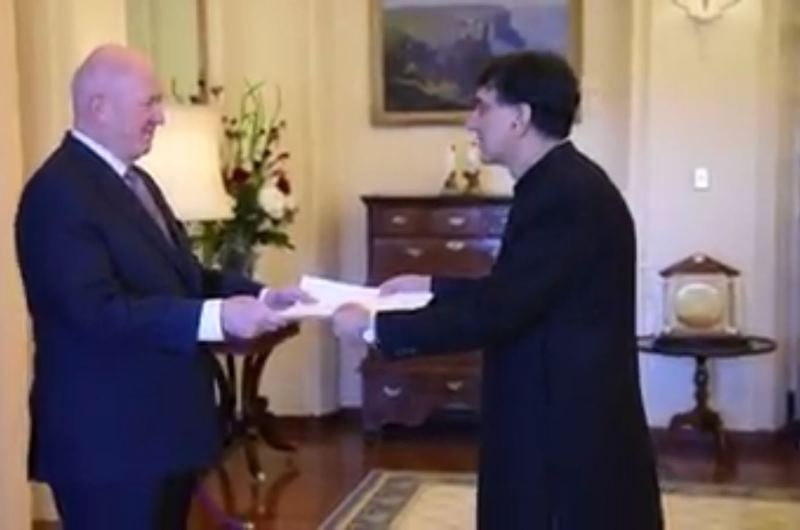