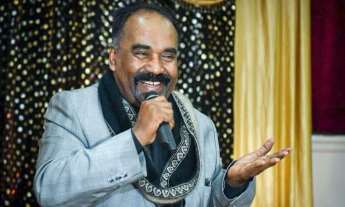 The local community is shocked and saddened by the death of Riaz Shah.

Friends and community members have expressed deep condolences for the loved member of the community.

“He had special attachment and love for Pakistan. He used to sing national songs for Independence Day celebrations as a token of love for the homeland.

We will always miss him.

May Allah rest his soul in peace and provide courage to everyone including his family and friends to bear this loss.”

In an interview given to SBS Urdu three years ago, Riaz Shah talked about his early days in school and love of singing.

“During my school days, I used to sing the national anthem and other songs which the audience loved.

I also participated in inter-school competitions and programs.

In college, there was a university magazine show which helped me in performing for Peshawar radio.

The response from the people was amazing as they loved my voice and singing.

This paved the way for me for television, where I sang in different programs and TV shows.”
After moving to Sydney, Mr Shah quickly became part of the community and performed in shows including Independence day events and other music functions.

His voice was often compared to the famous South Asian singer, Mohammad Rafi.

Known for his beautiful voice and courteous nature Mr Shah was a household name in the Pakistan community.

Sydney based journalist and Editor-in-Chief of Sada-e-Watan, Syed Zafar Hussain said Riaz Shah came to Sydney in 1990s and had been a part of local community.

“It is extremely sad; I just met him at a local function last week. He was a great friend and with a courteous personality.”