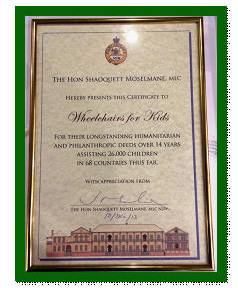 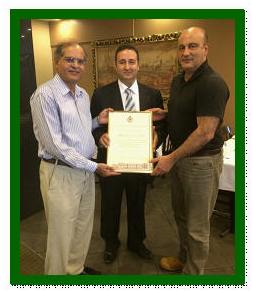 on their way to Pakistan

"One of my motivations for entering public life is to help those in need" Mr Moselmane said in his inaugural speech to Parliament. He has certainly being true to his words. He has initiated all sorts of fundraisers whether it is for earthquake victims in China or the Flood victims in Queensland or the bushfire victims in Victoria or NSW. When it came to Humanitarian work he never held back and he would go out of his way to assist. He raised funds for the Pakistan flood victims and travelled to Pakistan as part of a NSW delegation in support of the Pakistani People. 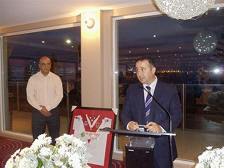 humanitarian work, The Honourable Shaoquett Moselmane in coordination with representatives of the Pakistani Government in Australia as well as with non-government Pakistani organisations, Mr Moselmane is now attending to the needs of the handicapped children of Pakistan. The Hon. Shaoquett Moselmane MLC, joined with the Hon. Amanda Fazio MLC, will be visiting Pakistan to deliver 506 Wheelchairs to the Edhi Foundation and Al Khidmat Foundation. While there the delegation will also meet with various government representatives and welfare foundations to foster greater ties between our two peoples. 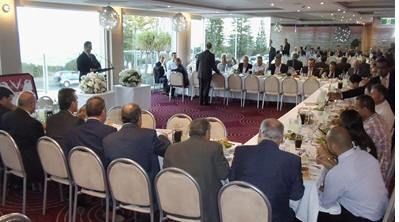 In December of 2012 Mr Moselmane coordinated a fundraiser among Sydney’s Arabic community. It was so successful that more than $30,000 was raised in one night. Thanks to Wheel Chairs For Kids Organisation and the 120 volunteers who run it, this 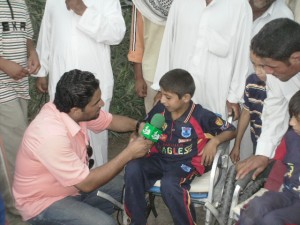 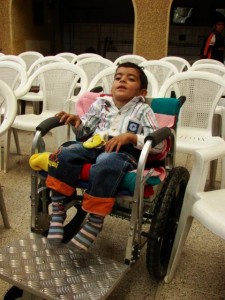 Since Mr Moselmane first assisted Mr Georgatos- Wheel chair for Kids Manager- in helping helpless children in many of the world’s troubled regions, Mr Moselmane has, despite his heavy commitment to the multicultural communities and to NSW parliament, has struck a bond with the Wheelchairs for Kids Organisation. He now organises regular fundraisers for the shipment of wheelchairs not only to North Africa but to Asia and other parts of the world where wheelchairs are needed. 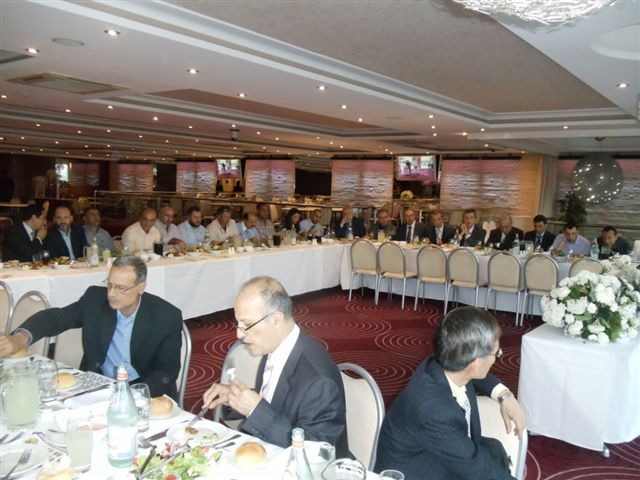 "One should never see a child amputee dragging his body across a road in a 21st century world" said Mr Moselmane.

"We live in an affluent nation and we have therefore a responsibility to help those less fortunate, these are in effect all our children the world over."

"Helping those in need has been a passion of mine and I’m proud that this will be one of many such initiatives I will undertake to support disabled children around the world." 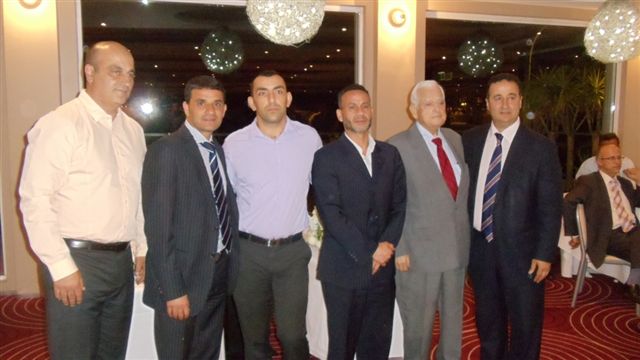 "It was a heart-warming moment to see so many people joining together to support disabled children in Pakistan, Lebanon, Iraq, Syria, Libya and other countries", Mr Moselmane said.

"It just goes to show how easy it is for people to get together and make a real difference in the world". 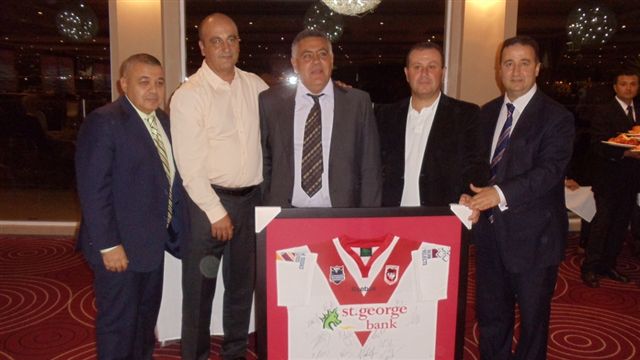 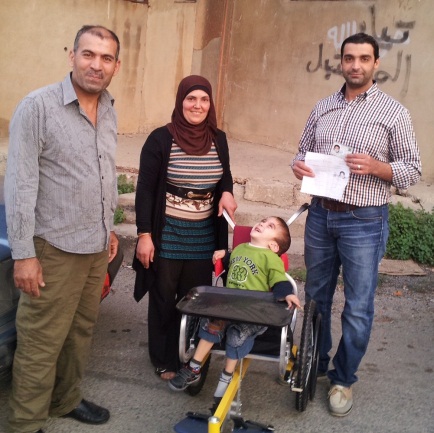 The organisation has been working for 14 years from a factory funded by a number of philanthropic organisations and individuals and the goodwill of citizen donors. Led by Brother Ollie Pickett, the 120 retirees are on the books rostered Monday to Friday from 9am to 1pm – having been trained up to build wheelchairs from scratch – hardened up wheelchairs for third world and developing world conditions.

They build the chairs at a rate of 330 per month. Over 26,000 have been donated to 68 countries during the 14 years of Wheelchairs for Kids. 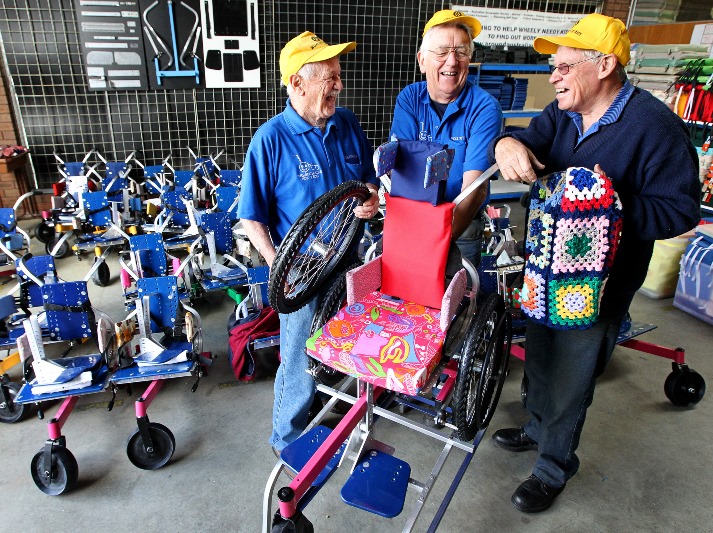 Tom Thompson, Bob Parry and Olly Pickett of ‘Wheelchairs for Kids’ with one of the wheelchairs headed to Iraq for children

who have had limbs blown off during war or by landmines. 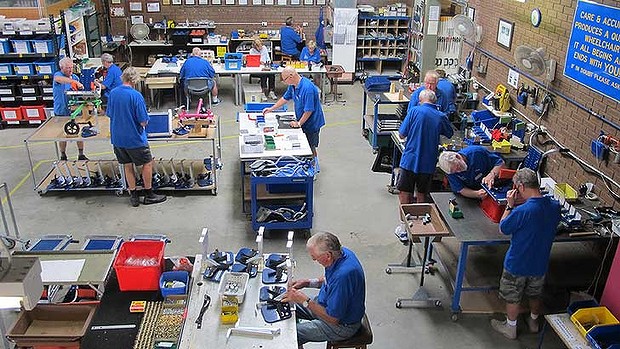 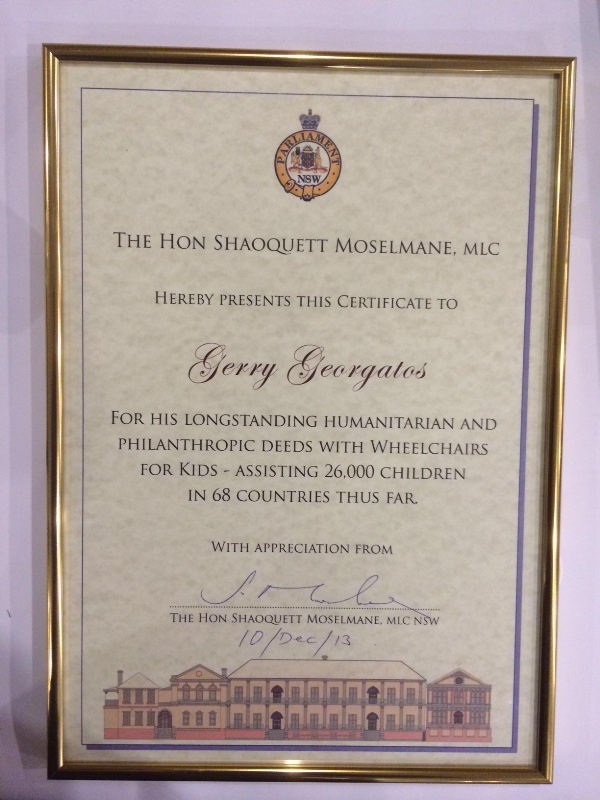 Every donation counts. You can donate directly to:

Cheques can be made out to and mailed to Wheelchairs for Kids Foundation, PO Box 460, Bridgetown, 6255, Western Australia

On the 14th of December Mr Moselmane joined by his parliamentary colleague the Hon Amanda Fazio MLC NSW and others will travel to Pakistan to officially hand over the Wheelchairs and start what might be a long term humanitarian relationship between philanthropists from across the oceans. A 40Ft Container carrying 340 Wheelchairs will be delivered to the EDHI Foundation. Edhi's founder is Abdul Sattar

Edhi who established the first clinic in 1951.

Edhi foundation is the most trusted name in Pakistan when it comes to relief work within distressed areas in Pakistan and the rest of the world.

Edhi foundation is a Non-Profit organization that has been in the business of providing social services like medical care, emergency services, air ambulances, burial services, mental habitats, old homes, child welfare services, abused women safe houses and training facilities for the disadvantaged.. Foundation works round the clock, without any discrimination on the basis of colour, race, language, religion or politics. The Foundation modifies the phrase "Live and let live" to "Live and help live".

Edhi emphasizes the importance of safeguarding the basic human rights, regardless of religion, caste or creed. "My religion is humanitarianism... which is the basis of every religion in the world", Says Founder Edhi. He has persisted upon his mission of humanitarianism for the past 56 years, and is therefore popular among followers of all the existing religious sects in Pakistan.

A second 20Ft container of 166 Wheel Chairs will also be delivered to Al Kihdmat Foundation. 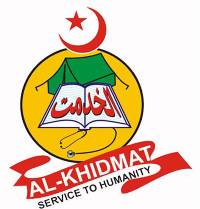 Al-Khidmat Foundation Pakistan is one of the leading, non-profit and independent organisation, wholly dedicated to humanitarian services. Though Al-Khidmat Foundation officially registered in 1990 as an NGO, it has an extensive record of public service, going as far back as the creation of Pakistan. Providing shelter, feeding and treating refugees, and rescuing victims has always been the hallmark of Al-Khidmat Foundation.

Al-Khidmat workers and volunteers continue to work tirelessly for providing relief to affected people throughout the country. Their dedicated services include Rescue & Relief, Rehabilitation and Development, Education, Healthcare, Community Services, Microfinance, and of course, Care for Orphans.

"I am looking forward to flying to Pakistan with my colleague the Hon Amanda Fazio MLC and am proud to be delivering these wheelchairs to two of many humanitarian Pakistani organisations that I know will cherish the opportunity to deliver the wheelchairs to the children in need". Said Mr Moselmane 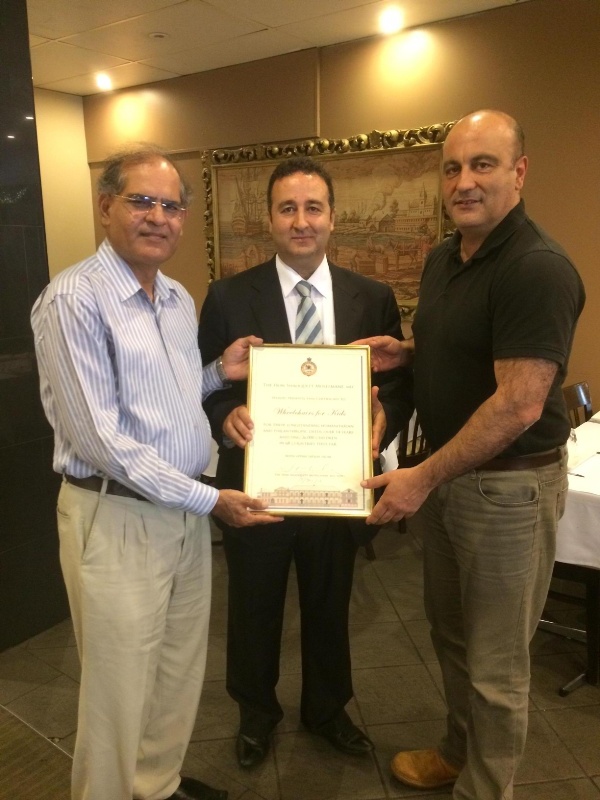