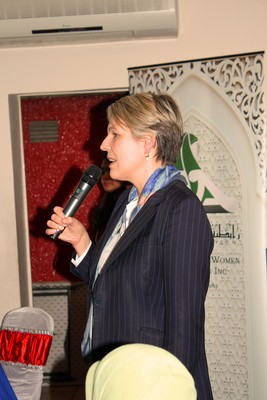 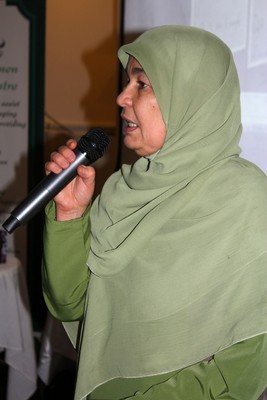 On Friday 4 July, Himalaya Granville function hall was taken over by a huge crowd of women uniting for a charitable cause. The event Eid, Pray, Love was a women’s only iftar to raise funds for Eid gifts for women and children in need at the Muslim Women Association refuge in Sydney. The hall was filled with capacity (170 plus), and the women managed to raise more than $5,000.

The event was organised by Aisha Amjad through the Office of Senator Sam Dastyari. Due to the fact that many of the women’s refuges face closure because the Liberal Party under the Baird State Government refuse to fund them, the idea was to have Labor Party MP’s and MLC’s get together along with women from different communities during Ramadan and collectively make a difference.

Deputy Leader of the Opposition Tanya Plibersek was the Chief Guest for the evening. Other MP’s present included the Hon Michelle Rowland, Hon Barbara Perry, as well as Sophie Cotsis MLC, and Helen Westwood MLC. It was great to have Kaila Murnain the first female Assistant Secretary of the NSW Labor Party who spoke in detail about how women inspire change in each other and in their communities. Elizabeth Scully the chair of NSW Labor Women’s forum was also present, as was Clr Julia Finn.

Tanya Plibersek was the highlight of the evening and stayed right until the end even though she has initially committed to only being there for an hour. Tanya spoke straight from the heart and touched every female there by sharing her experiences of domestic violence stories she had come across as Health Minister and Minister for Women. It was moving to see some of females from the refuge who attended the evening , having a chat with Tanya Plibersek and being reduced into tears. Elaine Roach gave to the refuge mobile phones.

Hajeh Maha Abdo, the Executive Officer of the Muslim Women Association gave a moving presentation (along with a short video) about the refuge and the work that they do. She said that although the refuge was full of laughter, full of tears, more than anything it was full of good work, good will, and great women. 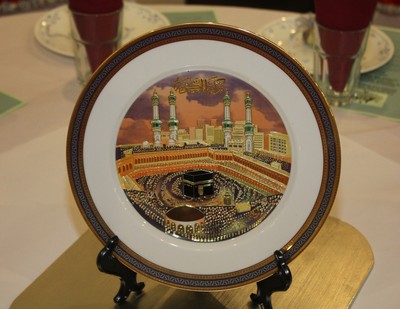 Many of the guests made an extra donation and took the opportunity to give generously because many Muslims believe that in the holy month of Ramadan, good deeds are multiplied 70 times. Special thanks to Elaine Roach who donated a number of mobile phones for the refuge, and to Alison McLaren for donating toys for the children. 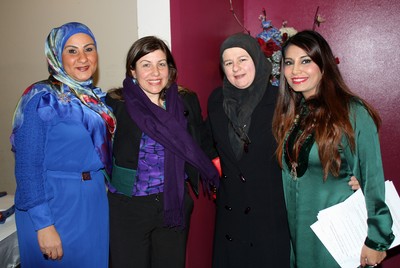 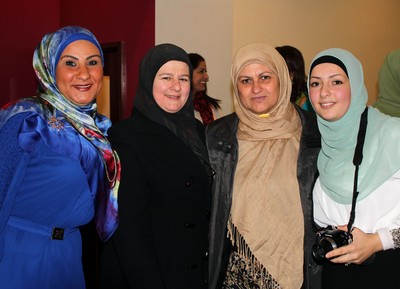 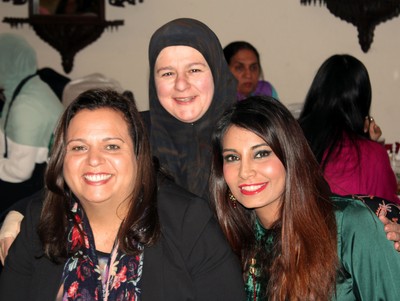 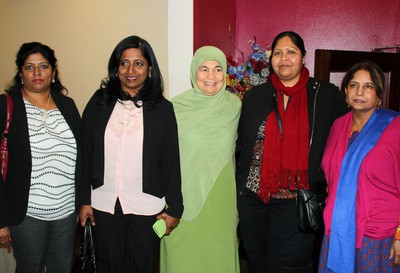 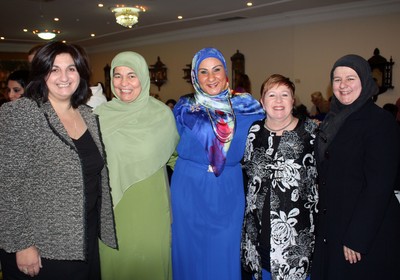 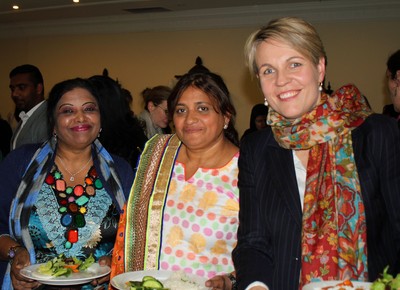 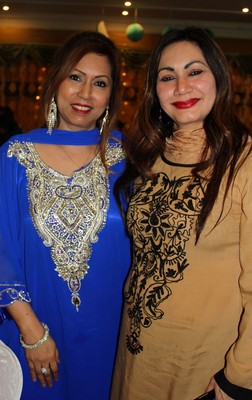 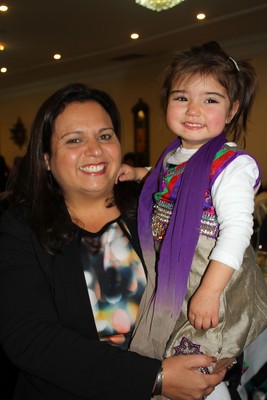 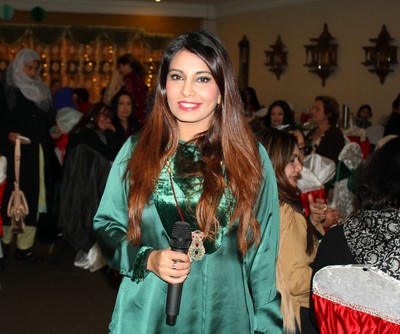 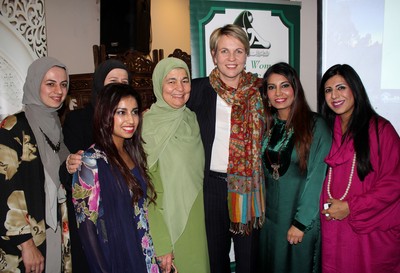 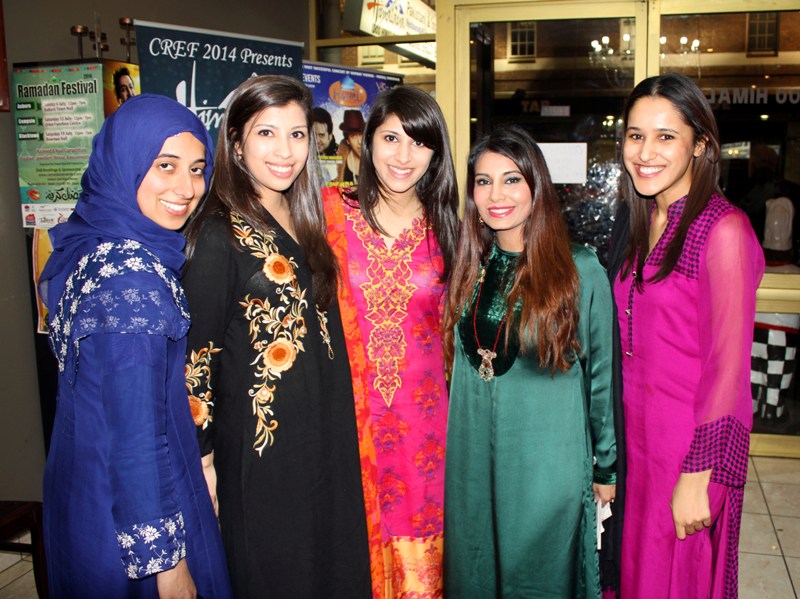 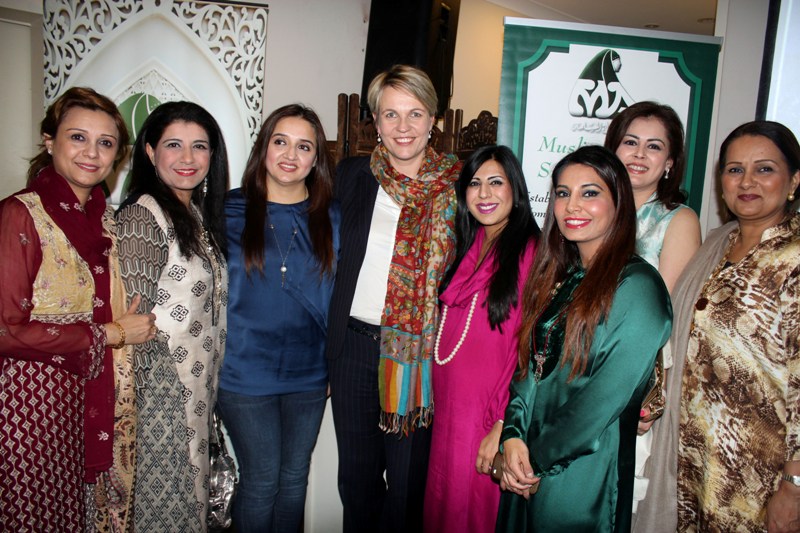