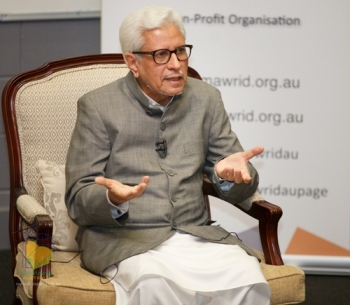 In early October, a series of very successful events were conducted with a well-known Pakistani scholar, Javed Ahmad Ghamidi. Mr. Ghamidi is the founder-president of Al-Mawrid Institute of Islamic Sciences that was established to promote research and education on Islam. The events were organized by the Australian chapter of Al-Mawrid as part of their campaign to educate people about Islam based on a fresh interpretation from its original sources – the Quran and the Sunnah. The scholar embarked on a busy tour by visiting several cities including Adelaide, Canberra, Melbourne, Perth and Sydney.

In his various but similar events, Mr Ghamidi tried to clarify many misconceptions about Islam amongst Muslims. The audiences were considerably diverse with people ranging from families and students, Muslims and Non-Muslims, professionals and academics.

Questions varied significantly from social issues involving family matters, mortgage and hijab to theological concepts amongst others. Mr Ghamidi also pointed towards the need for Australian Muslims to preserve their values of understanding and following the peaceful message of Islam while also trying to integrate within the Australian society at large by contributing within their capacity to their particular fields of work and social life.

Mr Ghamidi also explained about his famous article that was published earlier this year, ‘Islam and the State: A Counter Narrative’. He stressed that the Muslim community needs to tackle the narrative that has been endorsed by extremist organizations by not only condemning their acts in the name of Islam but also by advocating a ‘counter-narrative’ that is based on the true understanding of Islam. He stressed that the religion had been hijacked by certain groups through the promotion and implementation of their own interpretation that has nothing to do with Islam in the first place. The purpose of Islam, he emphasized, is purification through clarified knowledge and decent actions.

Mr Ghamidi acknowledged and appreciated the democratic values of Australia. He reiterated that these are not only compatible but actually upheld by Islam. He also brought attention to the audience of the principles of humanity, equal treatment and ethical practices that were highly encouraged by the Prophet Muhammad (pbuh) and the value he gave to education and complete disapproval of any sort of corruption in society.

The feedback from the audience was very encouraging as it was the first time many had the chance to see him personally, ask questions and interact with him directly. ‘He explains things how they are’, a true reflection of people’s feeling after the tour. While some were impressed by his skillful control of the Urdu language, others managed to attend multiple sessions. The audience also availed the opportunity to buy Mr. Ghamidi’s books including the renowned ‘Meezan’ and ‘Al-Bayan’ amongst others that were provided by Al-Mawrid Australia.

Al-Mawrid Australia concluded the events with a presentation of the global institute and their focus on research for the better understanding of Islam in the light of its original sources. Videos of all the events will soon be available on Al-Mawrid Australia’s website at http://www.al-mawrid.org.au/ or Facebook page at tinyurl.com/almawridaupage

(This report was compiled by Mr Sohail Bukhari, a friend of Al-Mawrid Australia) 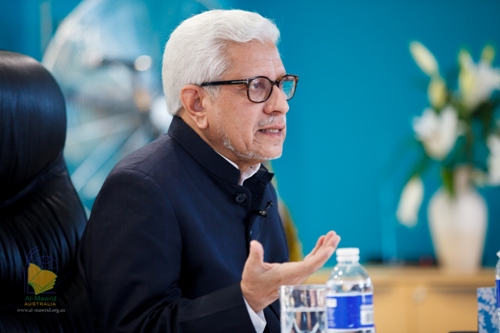 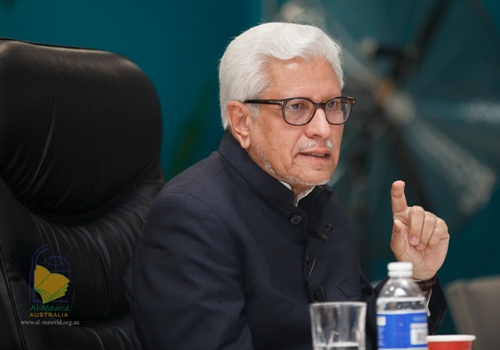 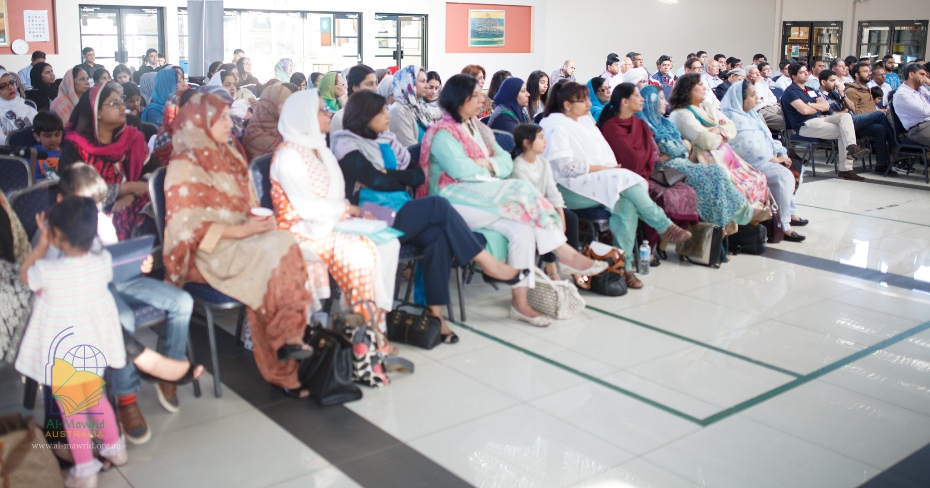 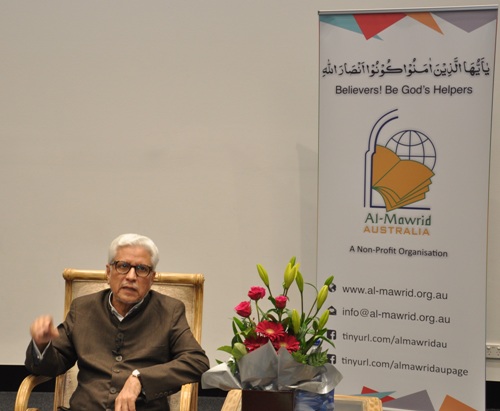 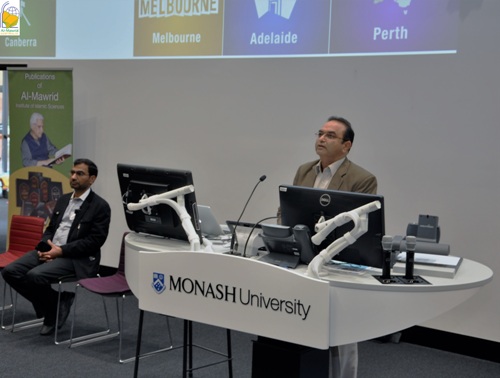 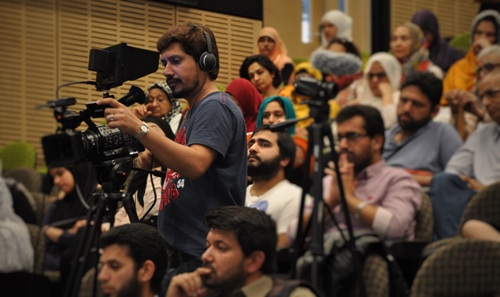 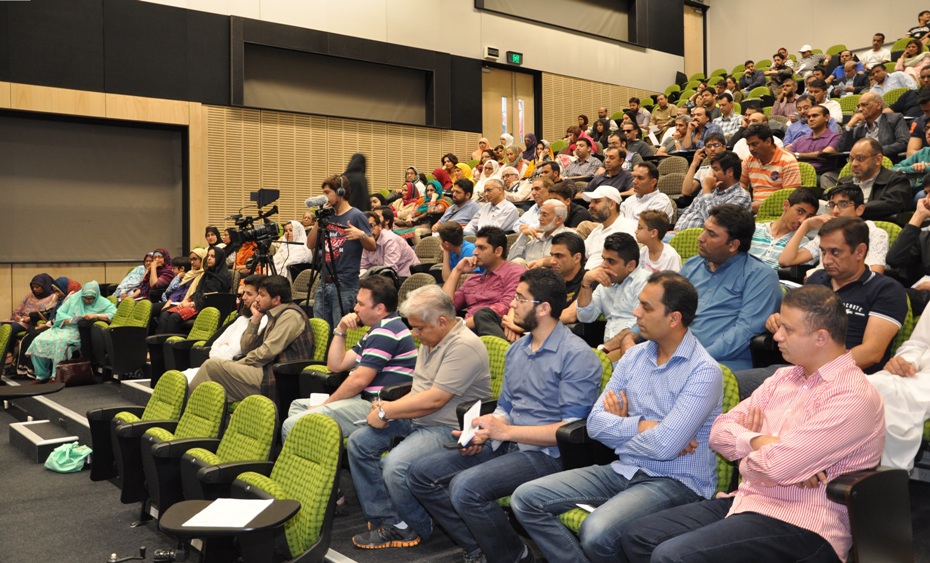 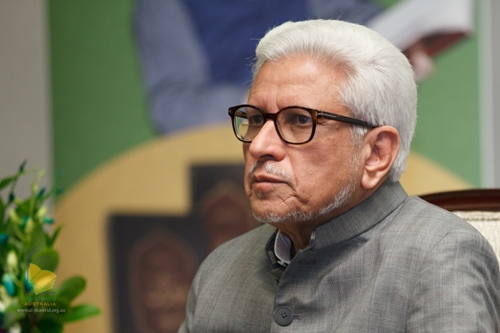 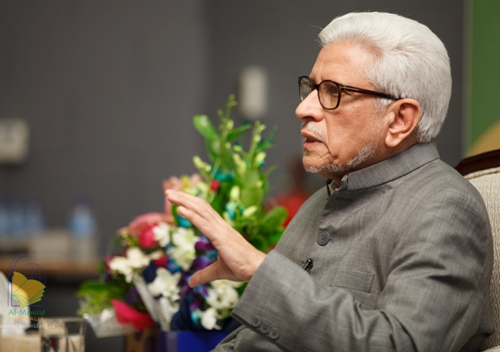 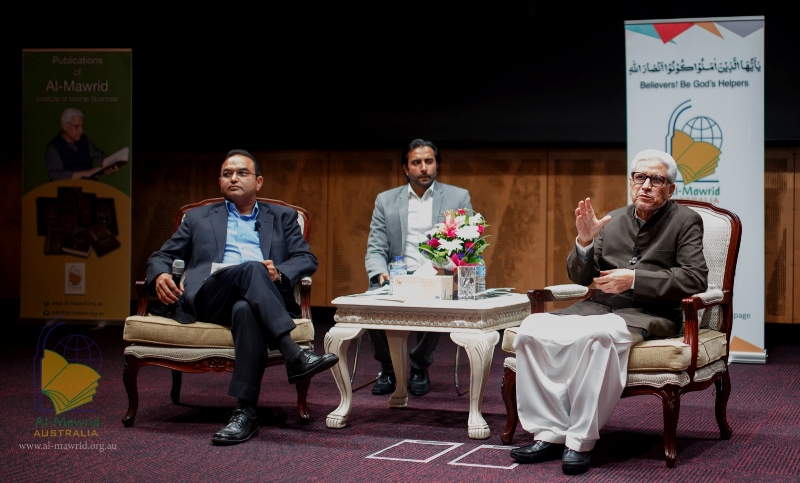 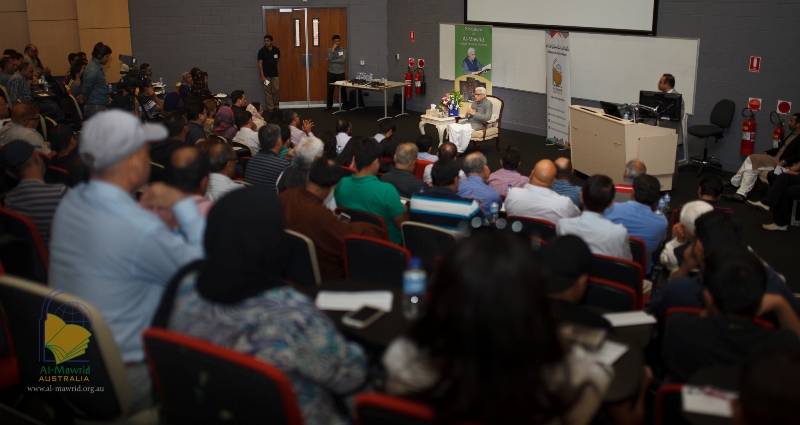 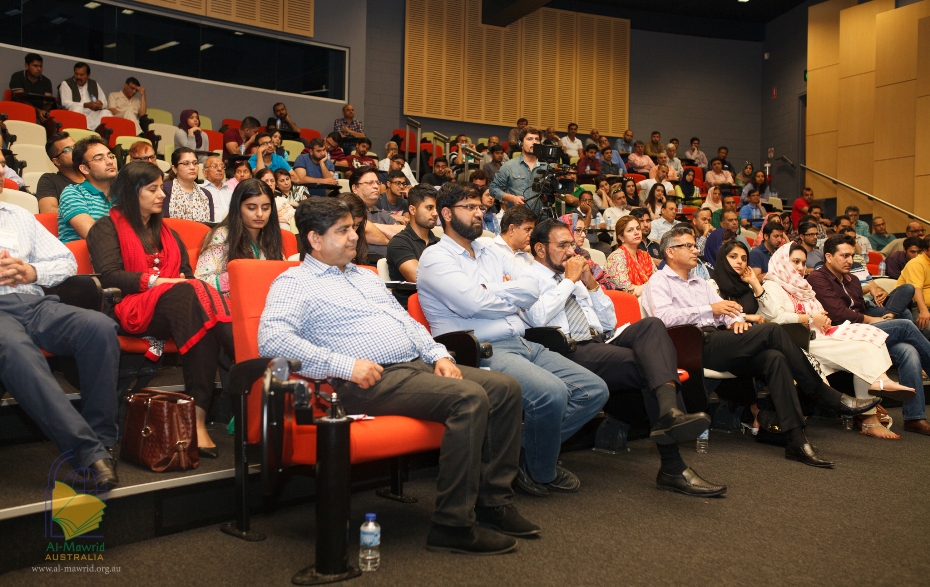