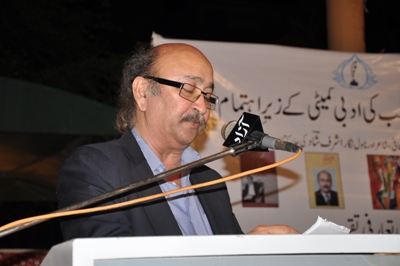 The leading Pakistani writers, journalists and academics paid rich tributes to Ashraf Shad, the Sydney based senior journalist and a prominent novelist and poet. The occasion was the launch of his four new books by the Literary Committee of the Karachi Press Club on 23 October in Karachi.

Professor Dr. Peerzadeh Qasim, the Vice Chancellor of Ziauddin University, presided over the function and described Ashraf as the master of different forms of writing crafts.

“Ashraf set high standards as a journalist and then showed his skills when he started as a novelist and gave three master pieces – Bewatan, Wazeere Azam and Sadre Mohtaram,” said Prof. Peerzadah Qasim, the former VC of the Karachi University. He also praised the diction and thought process of

Ashraf’s poetry and recited the selected couplets from Ashraf’s new book of poetry ‘Akhbare Ishq’ that was among the four books launched on the occasion.

The other book was ‘Syasatein Kya Kya’, the collection of interviews from Pakistani leaders including Gen Zia-ul-Haq, Benazir Bhutto, Imran Khan and Altaf Hussain. ‘Ahmad Faraz Baqalam Khud’, the critical review of the creative process of Faraz’s poetry, was the third book while the fourth book was ‘Ashraf  Shad – interviews and selected articles’, compiled by G N Qureshi.

Afzal Butt, the President of the Pakistan Federal Union of Journalists (PFUJ), spoke of Ashraf’s contribution in the journalists’ movements during the Martial Law rule in the 70’s.

“Ashraf Shad played a crucial part during an important juncture of Pakistan’s history and was imprisoned for his role in the movement,” said Mr. Butt. He wanted Ashraf to write the history of journalists’ movements of those times. He also announced to organize the launching ceremony of Ashraf’s books in Islamabad’s National Press Club on the 1st Shakil Adelzadeh, the prominent literary figure declared Ashraf as the best writer of political fiction and advised him to keep writing novels. Ashfaq Hussain, the famous poet and critic from Canada, gave a detailed view of Ashraf’s book on Ahmad Faraz and wished Ashraf Shad could also write about the time he spent with Ahmed Faraz.

Others who spoke on the occasion included: Akhlaq Ahmed, Aqeel Abbas Jaffery, Qazi Sajid and Shehnaz Ahad. Fazil Jameeli, the Chairman of the Literary Committee of the Karachi Press Club, was the Master of ceremony. 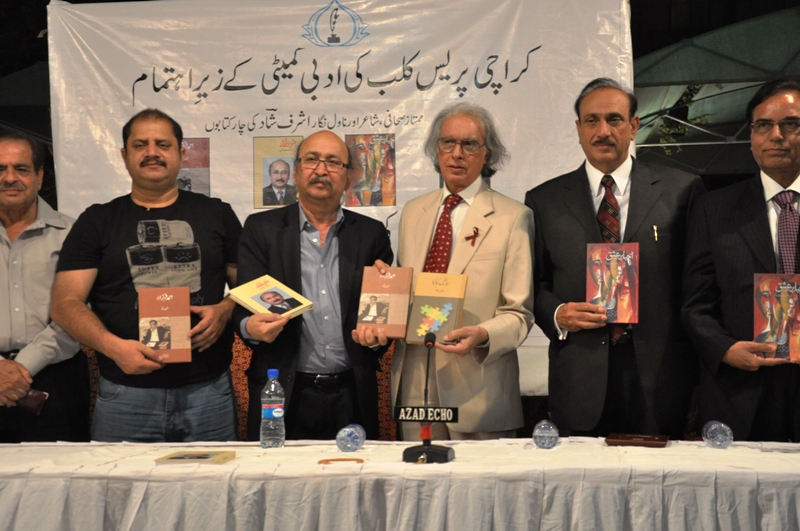 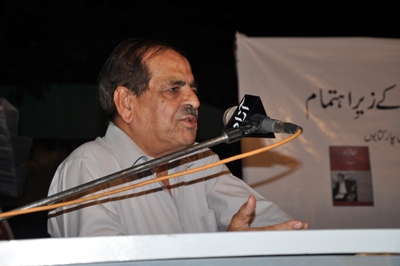 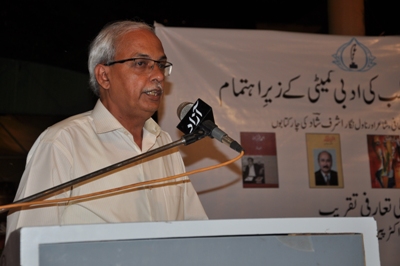 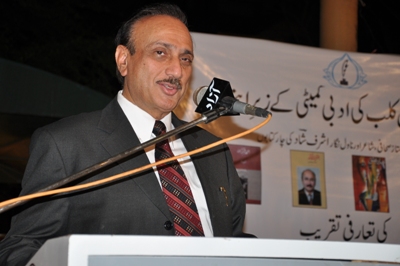 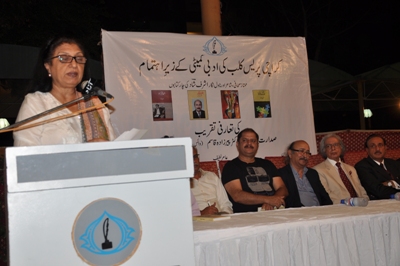 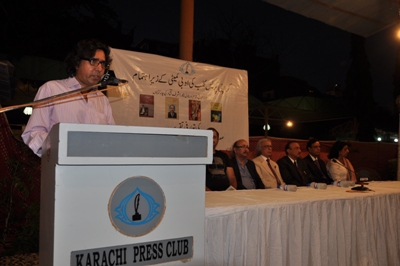 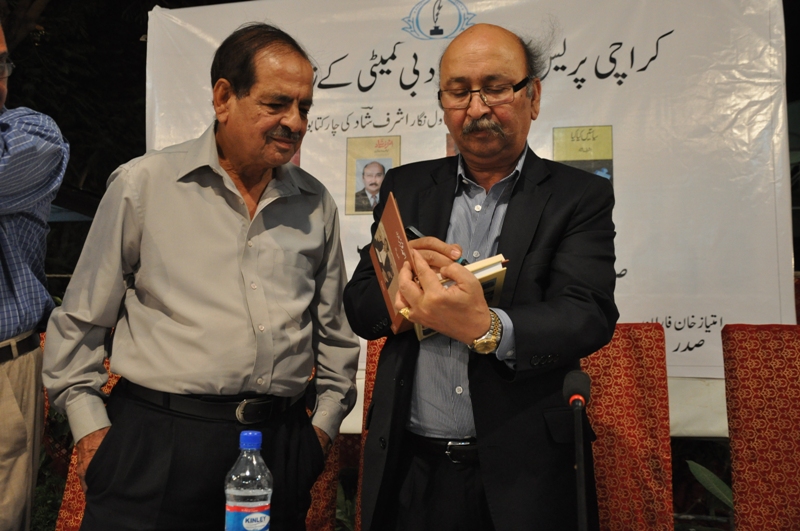 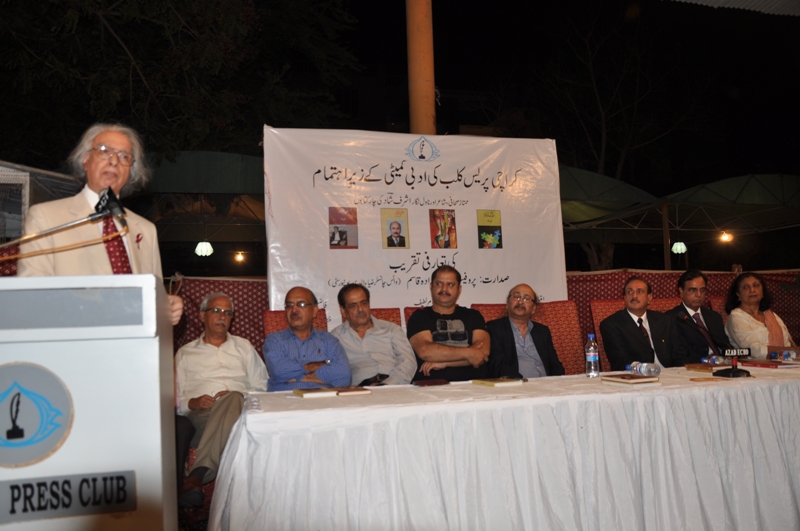 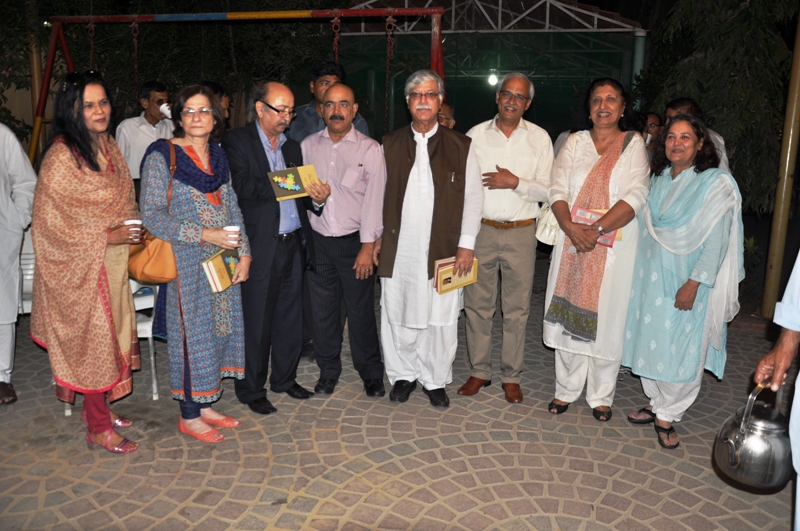 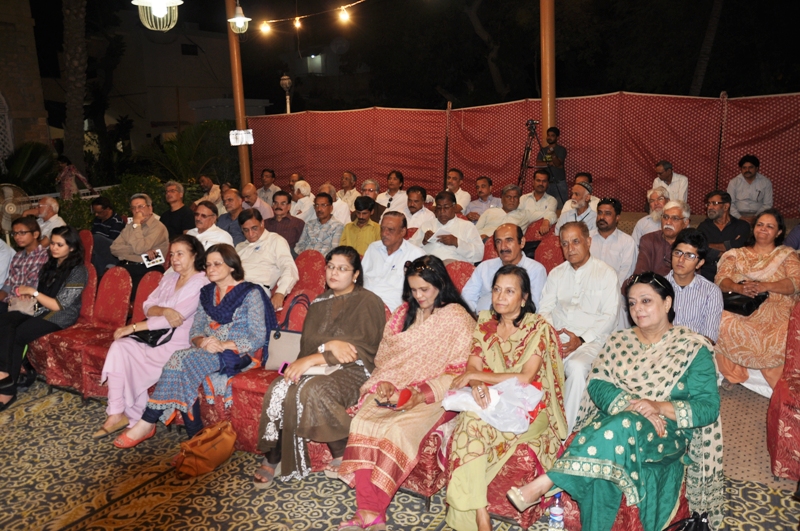 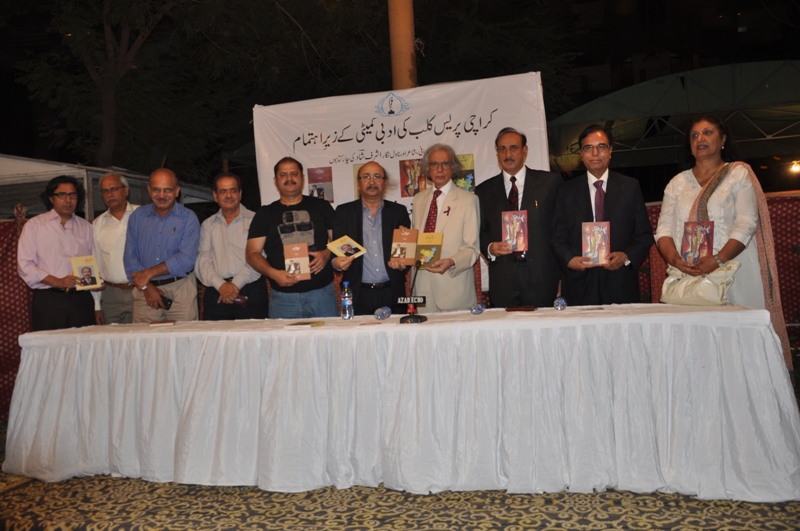