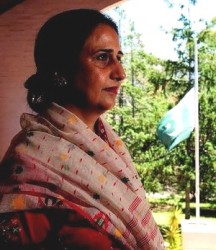 Pakistan is worried the shutdown of all the accounts of international money transfer agents by Australian banks will make it harder to stop funds being sent to terrorists.
Westpac was the last Australian bank to close remittance providers accounts in November. On Monday, however, Westpac agreed to keep open until March 31 the accounts of 24 money agents after they took out an injunction in the Federal Court aimed at delaying Westpac's move. The Federal Court has given until December 24 for any objections before approving the settlement.

Westpac said it would still close the accounts after that date, but this would give their customers time to find alternative arrangements. It has argued it, and banks globally, are taking a tougher stance on compliance with anti-money laundering and counter terrorism financing rules, which require they track the identities of the sender and receiver of transactions.
Remittance providers typically bundle numerous small transactions together for transfer by the bank, making this hard to do. Most of the transactions are done in US dollars, but Westpac said its US "correspondent banks" had been refusing to accept such transactions. But

Pakistan High Commissioner Naela Chohan said Pakistan is worried completely shutting down the accounts may actually make it harder for them to check if money is going to terrorists and argued the banks' approach contravenes agreements by the global Financial Action Taskforce and the G20.

"This is a process of bank de-risking," she said. "You have to do it and we fully understand the need, but if you completely stop the remittances, it would be detrimental to our mutual interests.

"Australia has supported us on FATF, which we deeply appreciate. But this across the board de-risking by the banks is not in line with FATF regulations. It would [also] not be in line with the decisions taken during the recent Brisbane G20 Summit, pertaining to dampening risk channels between banks and non-banks; to build more resilient financial systems and enhancing financial inclusion."

She said Pakistan had strict controls to monitor transactions, including those done via remitters. "Pakistan is a frontline state in the fight against terrorism and is suffering because of retaliatory heinous terrorists attacks on civilian population including on women and children."

But banks cutting off remitters could make their customers choose alternatives that are harder to track.

"It is in our mutual interest to ensure that the communities continue to use formal channels for remittances so that this does not affect our ability to monitor funding sources," Ms Chohan added. "If the banks make it difficult, complications will arise."

She said they are working with regulators, the banking industry and the government here to come up with alternatives to the banks. But "if all options are blocked", she said people who need to send money "will find alternatives that may not fall into the systems and mechanisms for monitoring and transfer of funds".
Banks, regulators, including Austrac and the Reserve Bank, and the newly formed Australian Remittance and Currency Providers Association have been trying to nut out a way to keep money flowing through regulated institutions.

The industry has also acknowledged that some of their members are not complying with regulations. If they do not have the resources to do so, ARCPA is encouraging them to "consolidate".

The head of ARCPA, Dianne Nguyen, said there may be a possibility that some non-bank financial institutions will take the place of the banks, but there is no agreement so far.
In a statement, Westpac said "domestic and global banks are finding it increasingly difficult to provide banking and payment services to remittance operators due to the Australian and international regulatory landscape and the compliance requirements on the banking industry".

"We take our obligations and duties in this area extremely seriously and have invested heavily in compliance systems, specialist staff and training to ensure we meet all of our regulatory and legal requirements including our obligations to counterparty financial institutions around the world."

Australian Bankers Association acting CEO Tony Pearson said they recognise "the adverse impact this is having on people who transfer money for legitimate purposes. This is a global issue and something that needs the co-operation of governments around the world. The banking industry is committed to working with all parties involved to try and address these issues".

Munir Mohammad, the head of Sydney Forex, which led the litigation, said 70 per cent of the money he sends goes to Pakistan. He said there is officially about $150 million going to Pakistan from Australia, but another $200 million gets sent via the black market. He argues money going through them and the banks will just shift to the black market.
They had offered to Westpac to do all of their transactions in Australian dollars, which would not have involved a US correspondent bank, but he said they were told it was a "commercial decision."

"Australian dollars is one of the most accepted currencies and we have an arrangement with a Pakistani bank which are happy to accept Aussie dollars, and the same thing in India," he said.

A spokeswoman for the federal Justice Minister Michael Keenan, who is overseeing discussions, said under Australia's anti-money laundering and counter-terrorism financing regime it is up to the banks to decide whether to provide services to a particular customer based on its assessment on whether AML/CTF risks can be adequately mitigated. "Government officials have met with affected stakeholders and the major banks to discuss this issue."