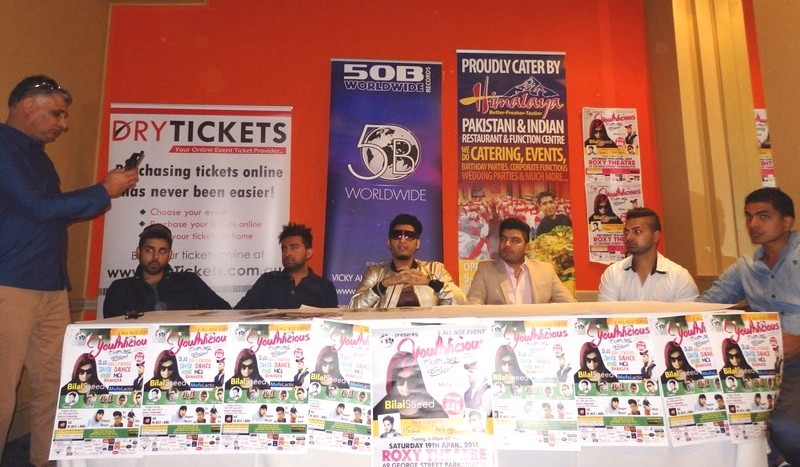 On the afternoon of Saturday 19 April 2014, Pakistani sensation Bilal Saeed attended a press conference in the lead up to his show at Roxy theatre Parramatta Sydney. The event was well attended by all subcontinent media and personalities. 50B Worldwide, led by Vicky Ahuja, were responsible for organising Bilal Saeed’s tour of Australia and also hosted other artists including Mofolactic from Melbourne and Rapper Harjhot.

Bilal Saeed arrived with his entourage and other performing artists to a warm applause by those in attendance. Zahid Minhas performed duties as master of ceremonies for the press conference and opened by welcoming Bilal to Sydney before congratulating him on a sold out show in Melbourne. Next, the great work of 50B Worldwide was highlighted to the audience.

Vicky Ahuja was the first panel member to speak at the conference. Mr Ahuja outlined 50B’s plans and the concept behind the name. 50B Worldwide is a record label started by Vicky Ahuja and comprises of many talented artists, they have also arranged many shows with local and international artists. 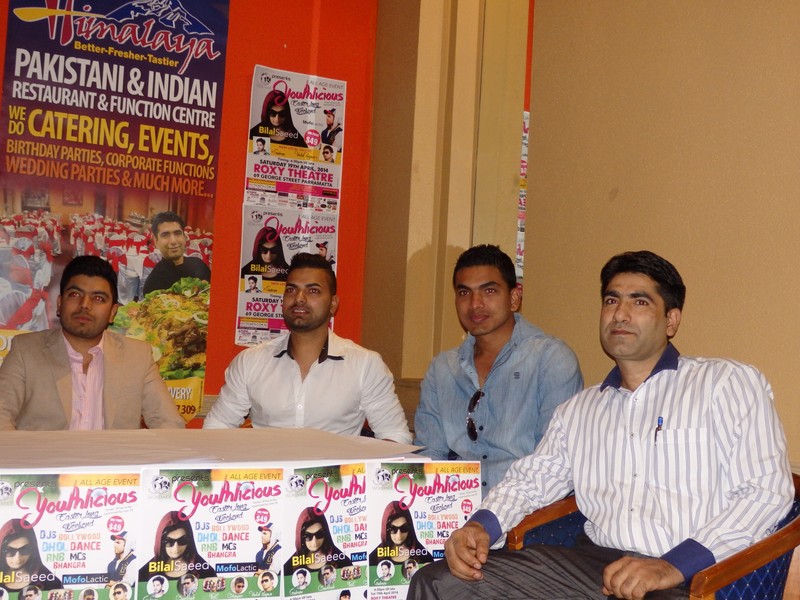 Bilal Saeed was then given an opportunity to speak. He began by thanking the organisers for calling him to Australia and specifically to Sydney, where one of his childhood friends now resides. Bilal spoke about his passion for music from a young age and how he told his father he wanted to be a singer when he was in 8th grade. Bilal was very humble in highlighting his recent success and outlined his future plans to work with leading recording artists including Yo Yo Honey Singh amongst others. He spoke about his upcoming album which is currently being recorded with some of the leading artists and producers in the Punjabi music industry. Audience members then asked a few questions of Bilal Saeed regarding topics like his interest in Sufi music, what he hopes to achieve through music and whether he would hope to tour Australia again in the future. 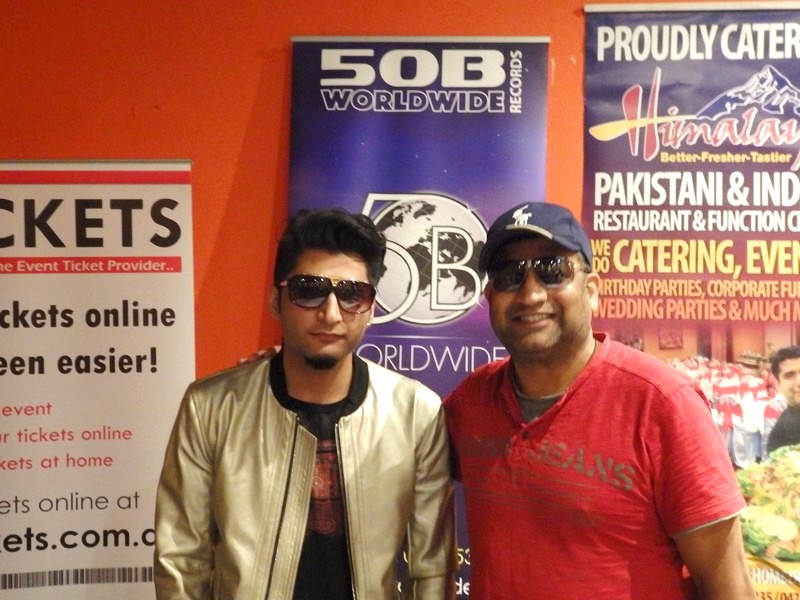 When asked by one audience member whether he considered music as a viable option to strengthen ties between India and Pakistan, Bilal responded kindly stating that he saw no difference between the people of Indian and Pakistani origin in foreign countries. He was appreciable of the great hospitality provided to him on his tours by overseas Indians and outlined his hope that one day the two countries could come together and establish a 100% peaceful relationship. 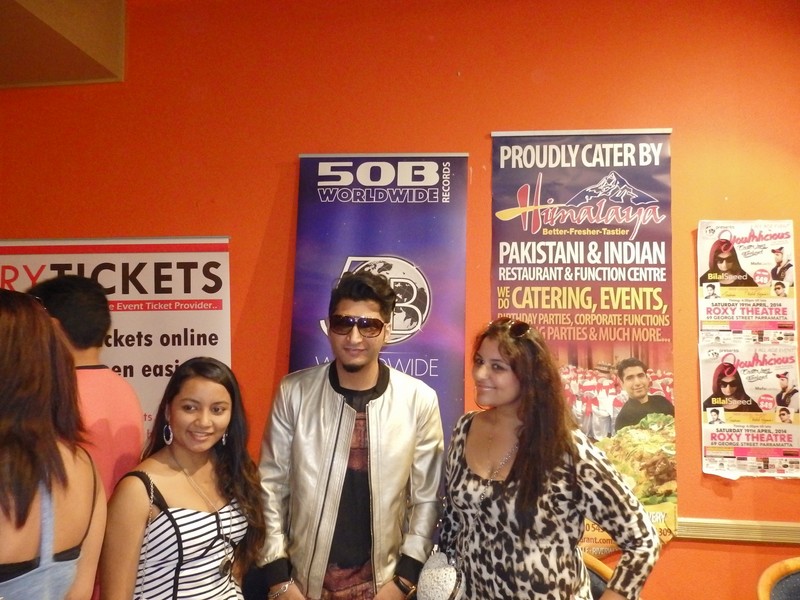 Next, Mofolacticc was given the chance to say a few words. He spoke about the work he has done with many leading Punjabi artists. Audience members then asked questions about his logo which Mofolacticc said was designed by a graphics artist from Chandigargh, India. Another audience member asked what inspired Mofolacticc to enter into music production, he said that his idol was Dr. Dre and he believed by working hard every day a huge level of success was possible for Punjabi music producers in foreign countries. 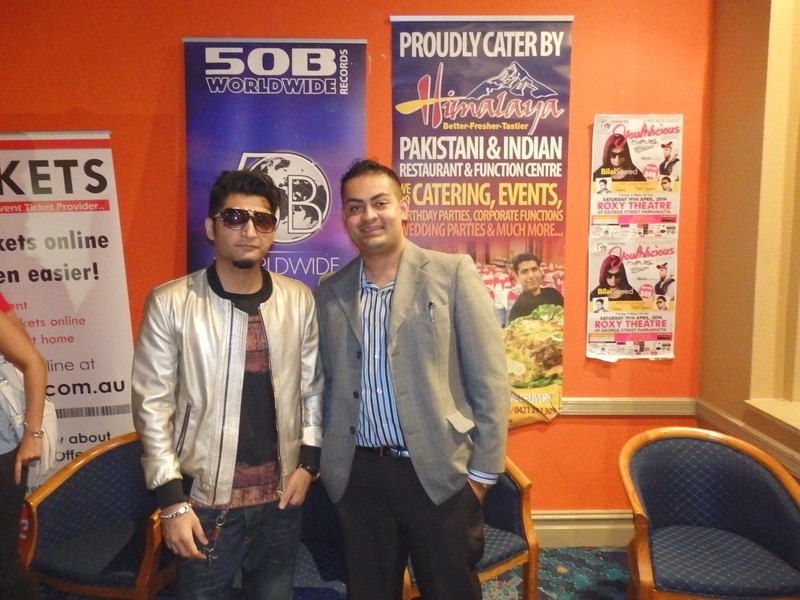 The conference was finally brought to a close with a cheerful photo session. 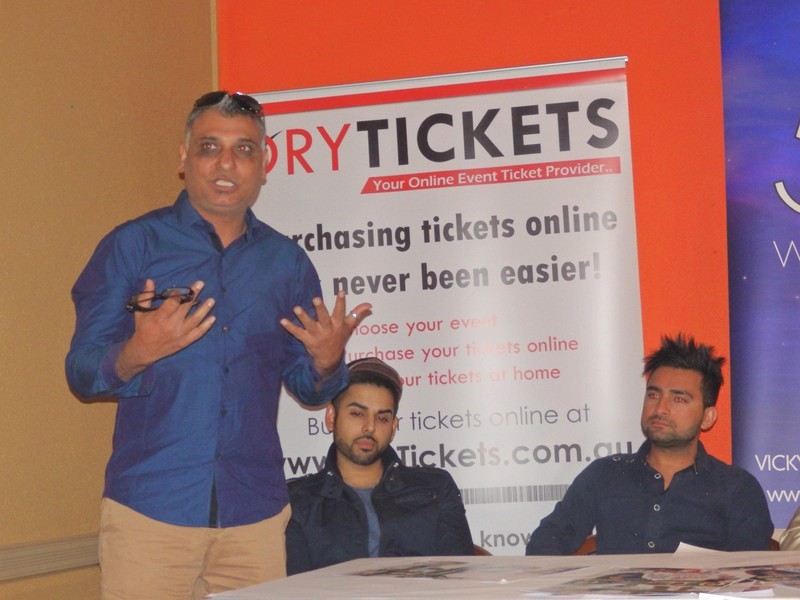 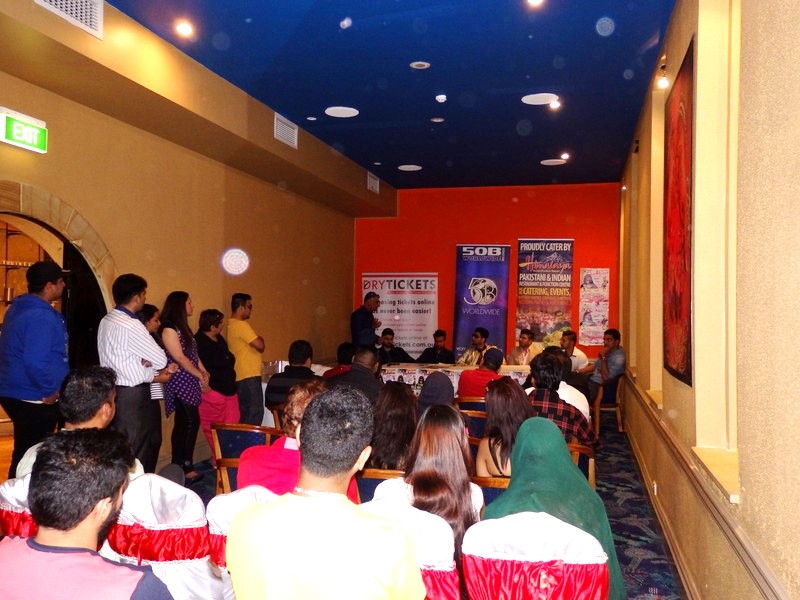 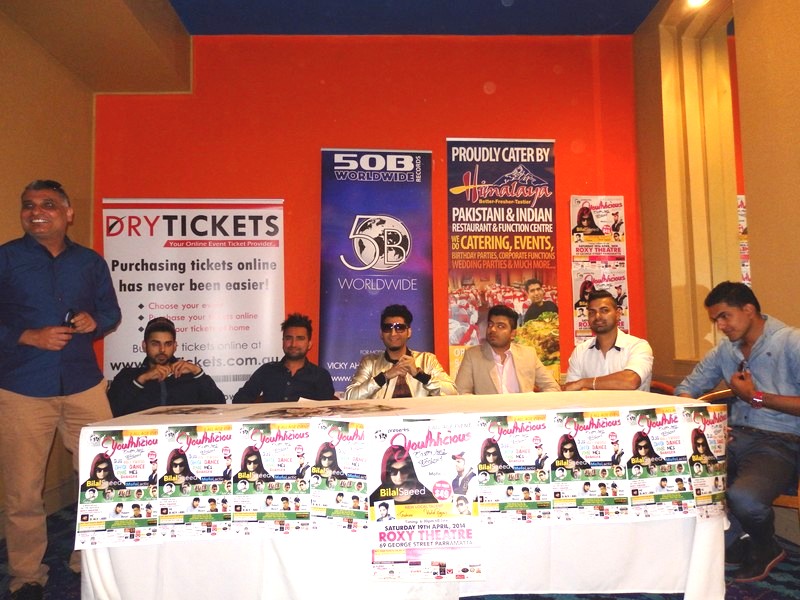 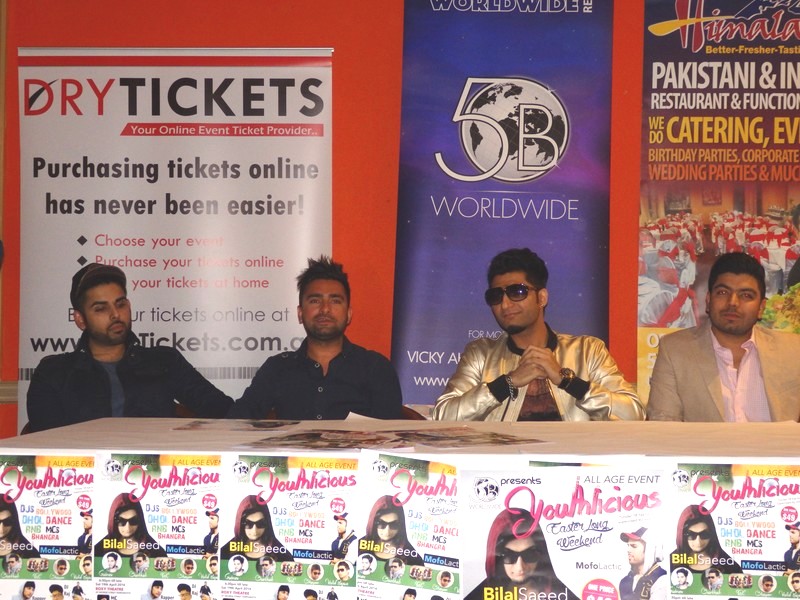 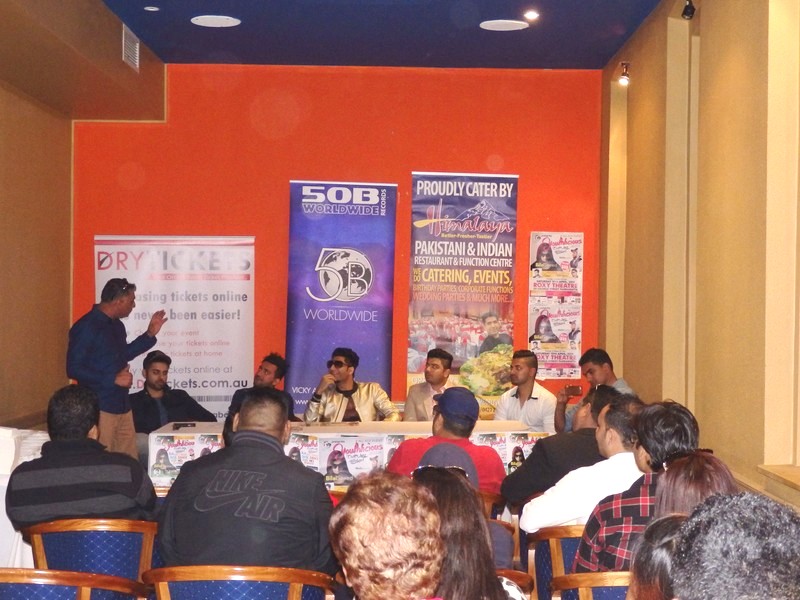 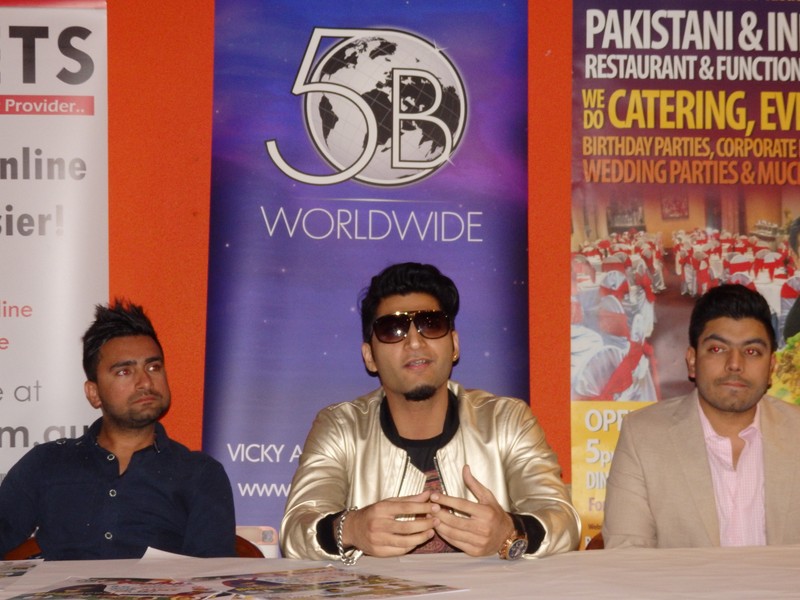 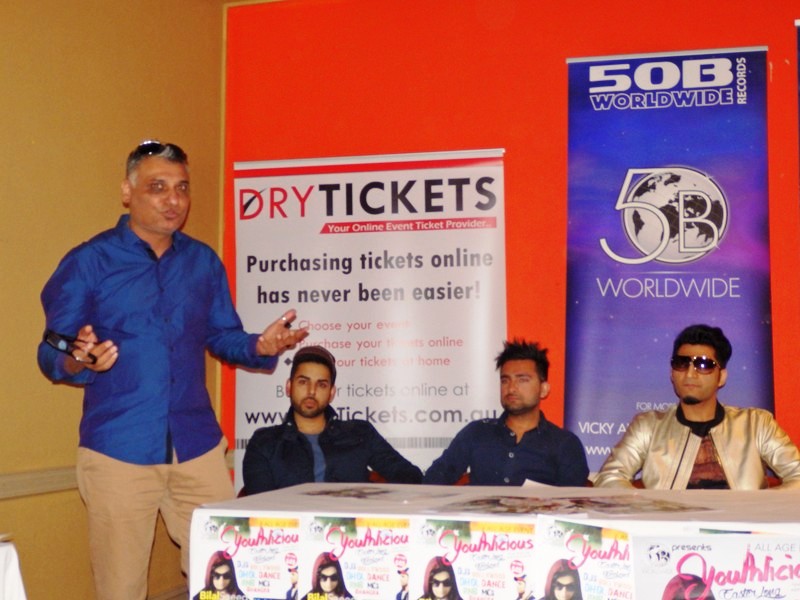 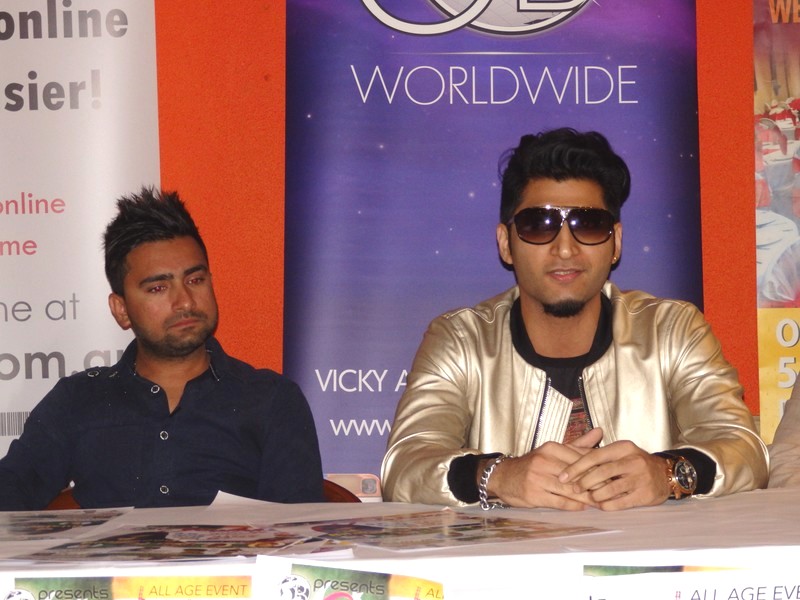 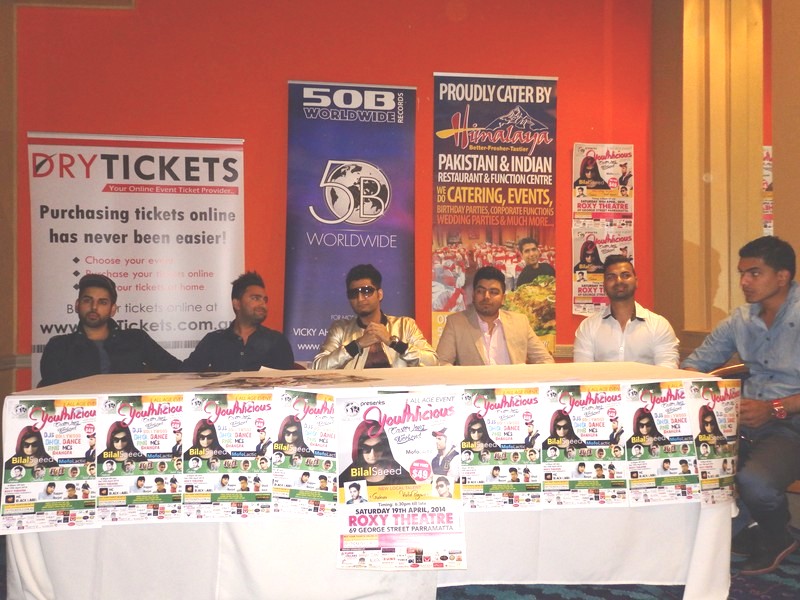 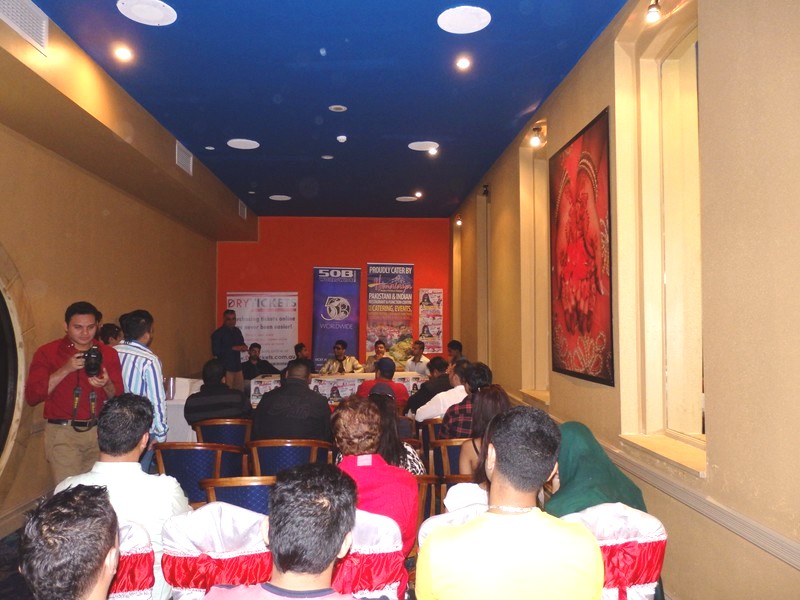 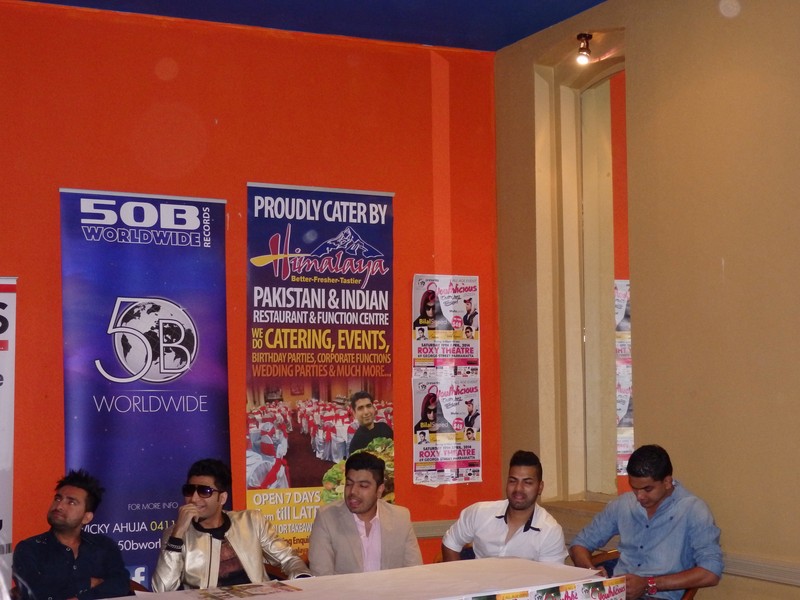 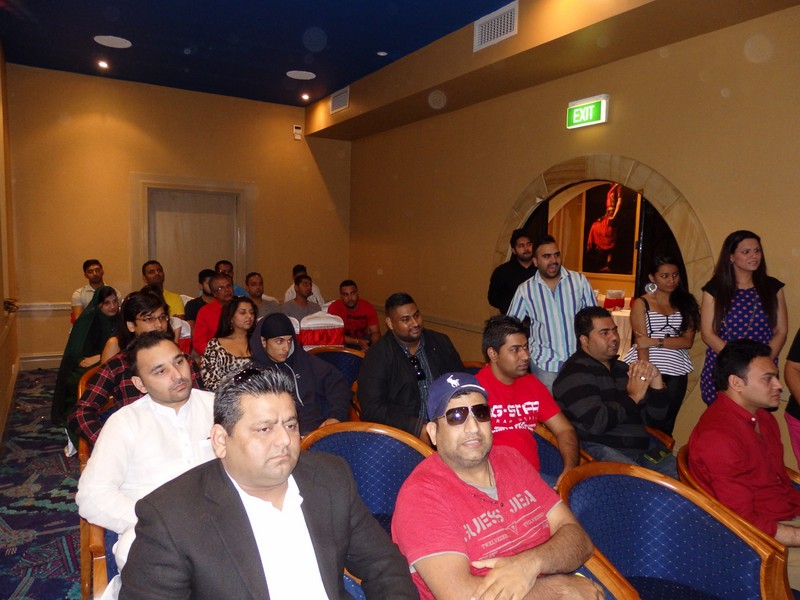 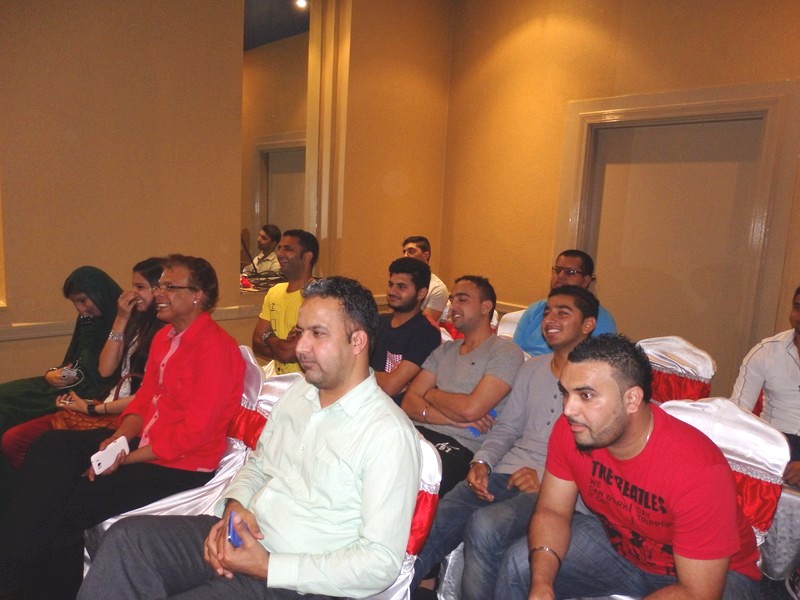 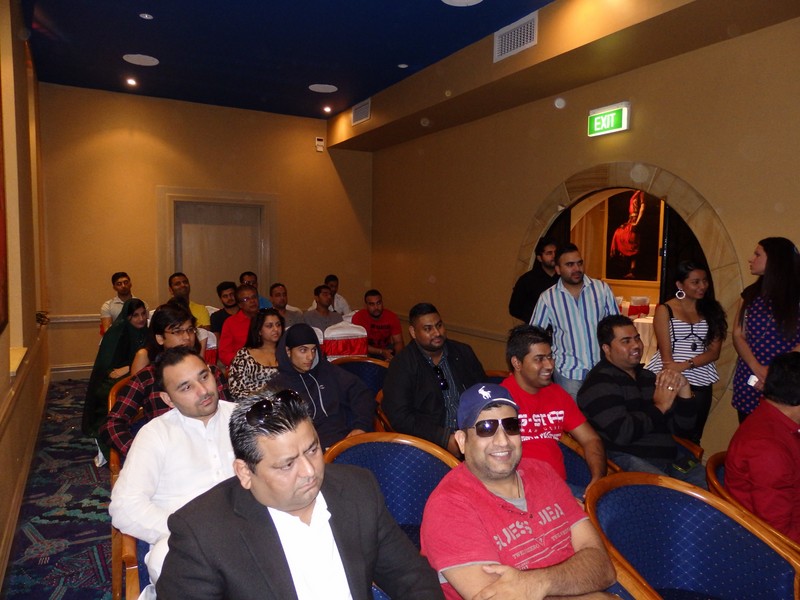 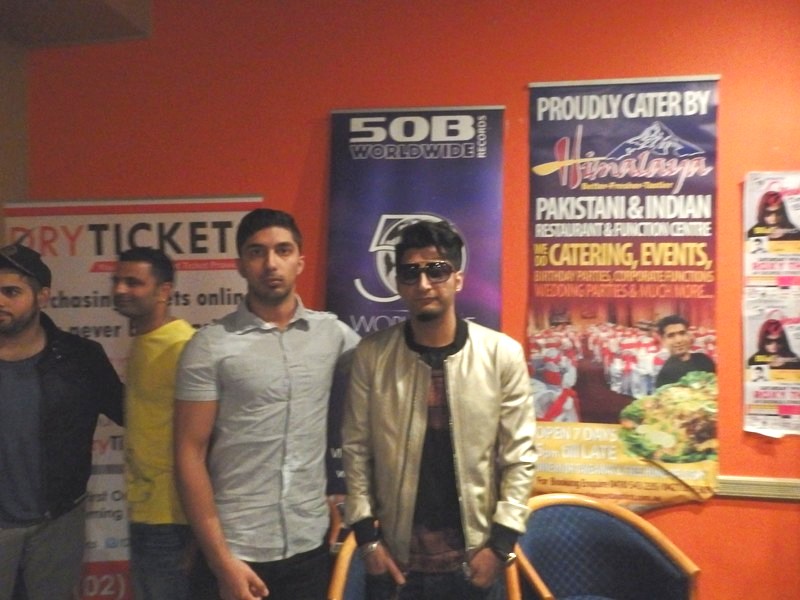 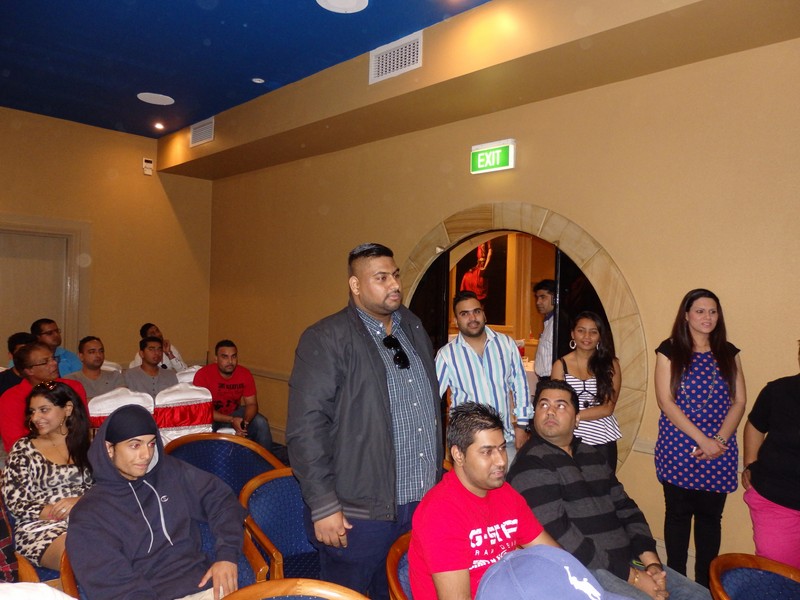 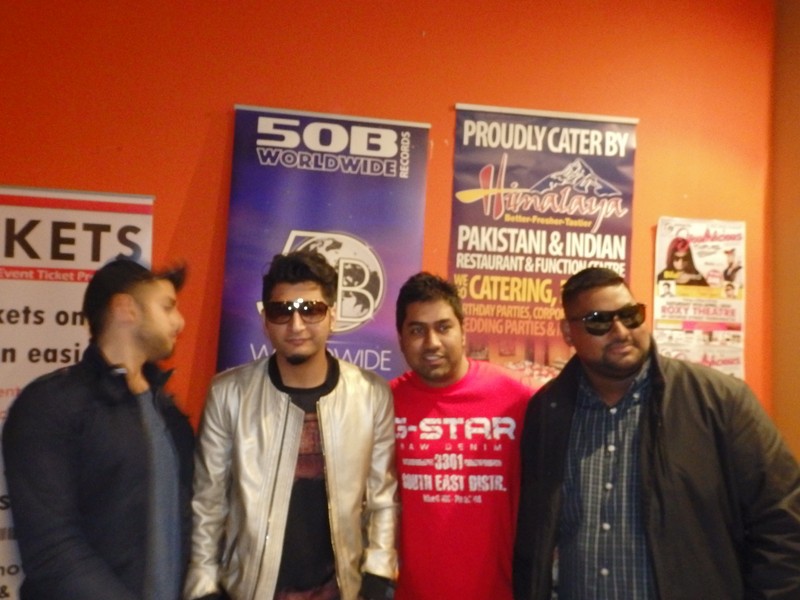 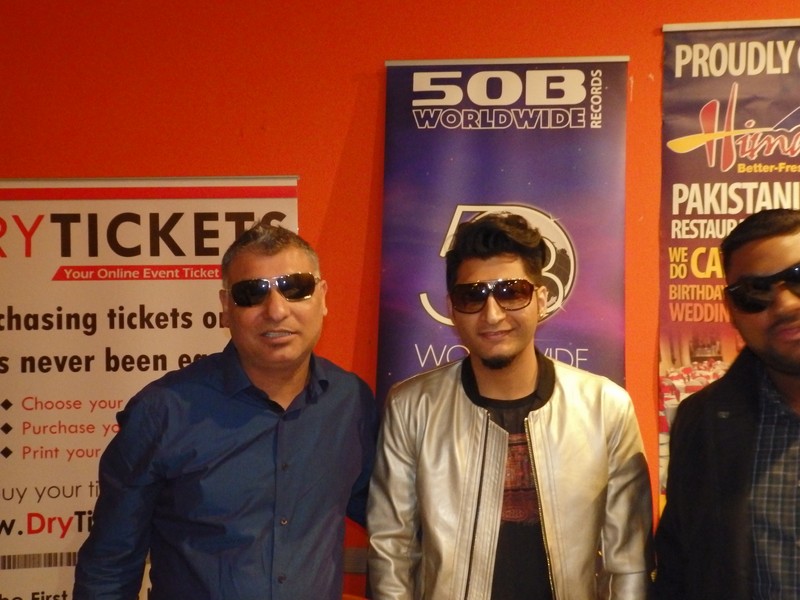 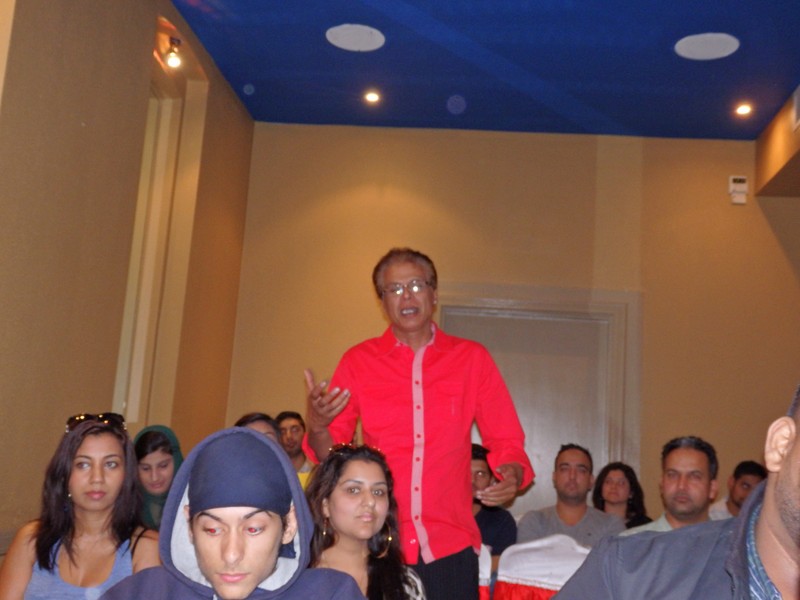 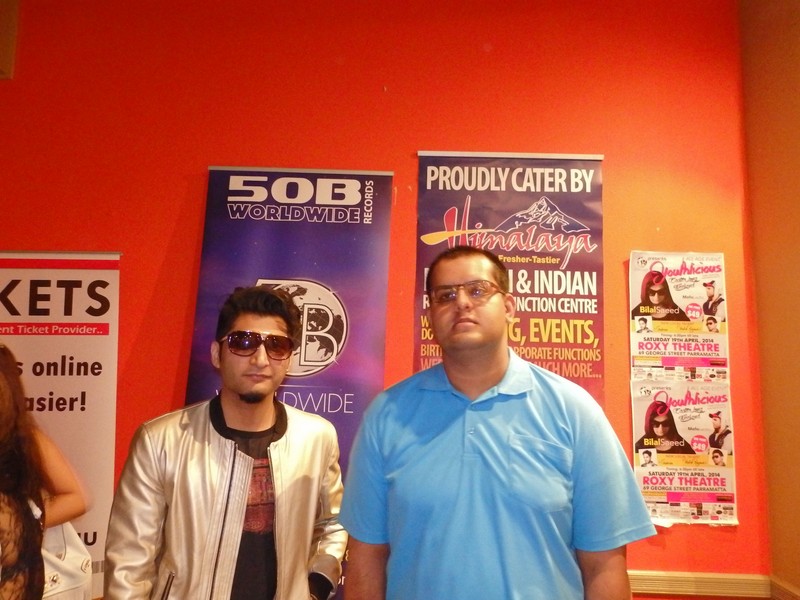 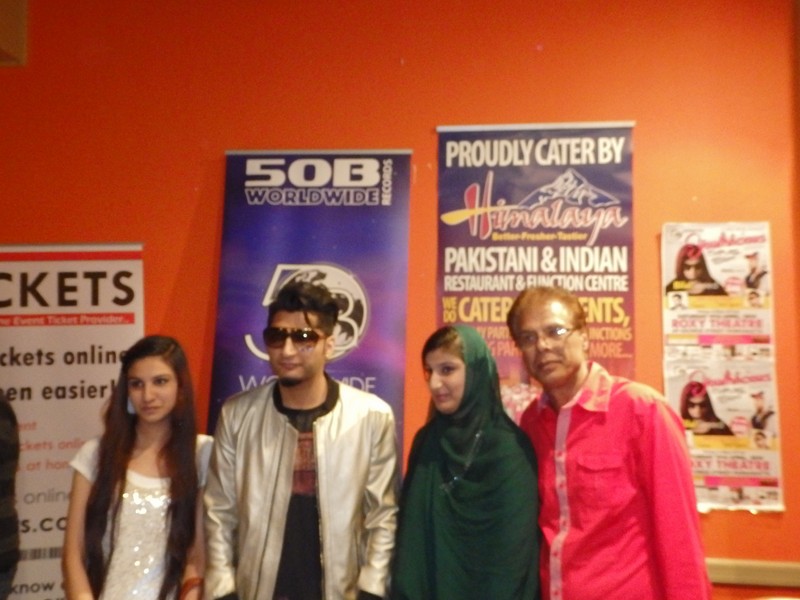 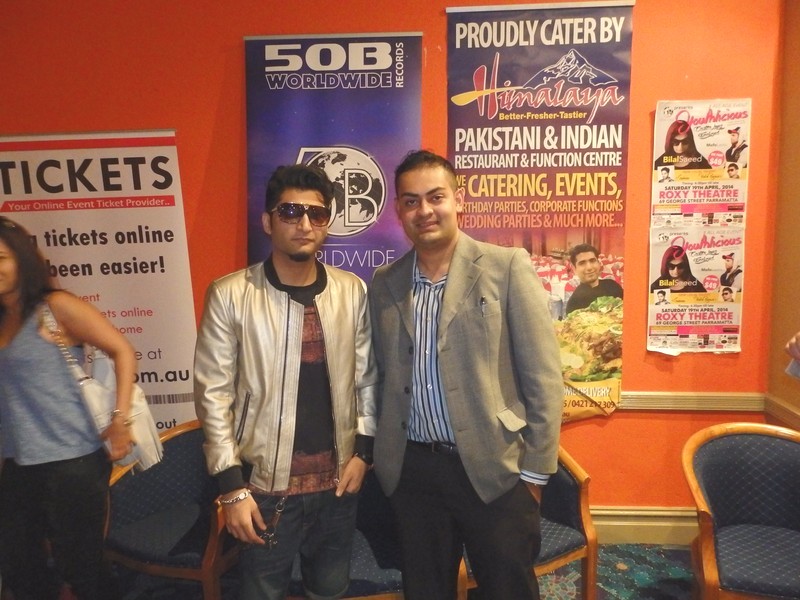 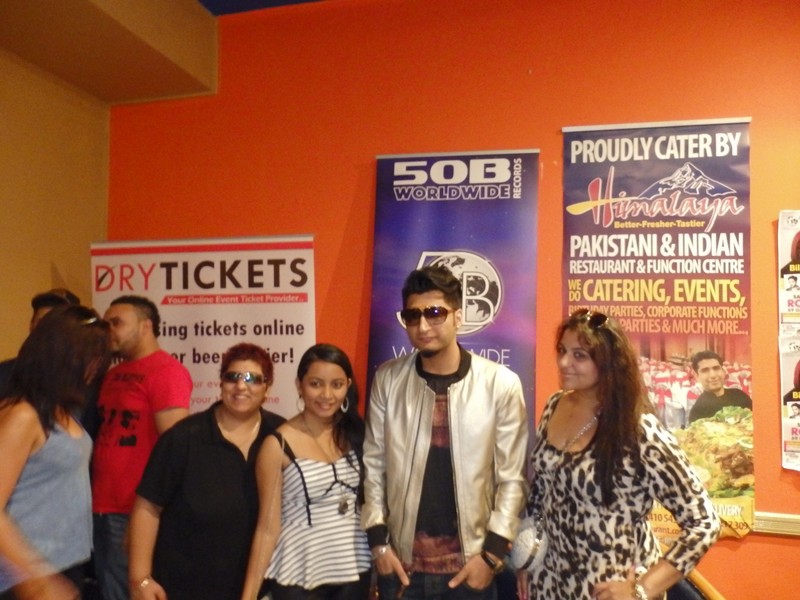 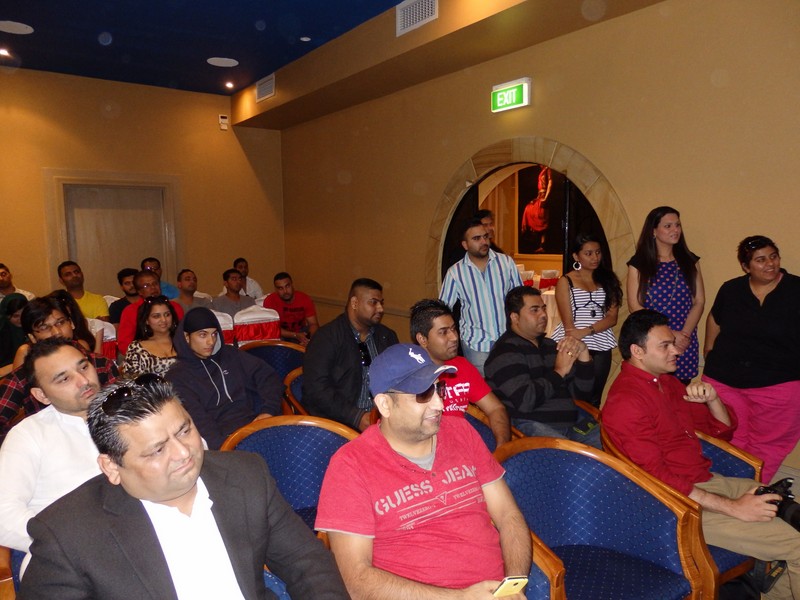