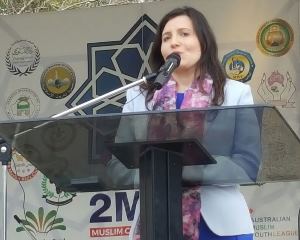 After a buildup of expectation, the two days of festivity and commemoration finally arrived at the Sydney Eid Festival at Bankstown’s Paul Keating Park. Both Saturday the 16th and Sunday the 17th of July marked a celebratory time for hundreds of multicultural communities to rejoice with great devotional fervor and enthusiasm on the occasion of Eid al-Fitr.

It was this bubbly atmosphere and vibrant diversity that made it such a privilege for the Islamic Charity Projects Association to organize this breath-taking event, and to also be an active participant in the midst of such a magnificent festival. 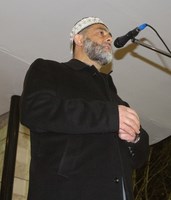 The Muslim Community Radio with all its staff and volunteers were also delighted and proud to convey through its airwaves, the excitement and joy brought about by the rich presentations and sensational chanting performances by the ICPA chanting band.

The day fostered a climate of warmth, togetherness and openness as Muslims greeted each other with kindness, and extended their best wishes to each other, sentiments which reflected the general aura of the Sydney Eid festival, a promotion of culture, friendship, harmony and a showcase of participation of various communities in celebrating and valuing cultural diversity, tolerance and social cohesion.

Participants were also treated to thrilling rides, enriching live Islamic chanting performances, face painting, stage entertainment, abundant stalls of food, clothing, books and home wares.
Focus was also drawn to the kid’s show which was presented live at the grounds of Paul Keating Park Bankstown. The 2MFM kids show presenters gave exclusive opportunities to many children who participated and were rewarded for their efforts.

The second day of the festival saw the attendance of a number of dignified Islamic leaders and imams, distinguished members of the state political domains, in addition to councillors and other community leaders.

The formal program began with a recitation from the holy Qur’an, followed by speeches from a number of key community figures.The first to speak was Mr Mohamad Chams, ICPA Sydney branch manager who underlined some of the objectives of the Islamic Charity Projects Association.

“The Islamic Charity Projects Association, is an Association that aspires and sets an example by uniting community members towards achieving good deeds”

In his speech, Sheikh Ibrahim El-Shafie, Deputy Chairman of Darulfatwa acknowledged the significance of propagating the true teachings of Islam.

“That’s what we are working hard to achieve, to spread the correct knowledge about Islam, because Islam is the religion of moderation, sympathy and mercy, contrary to what those minorities are doing from the acts that do not belong to Islam in any way and that Islam disowns in all cases” 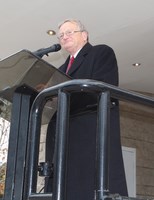 Mr Paul Lynch MP Member for Liverpool congratulated the ICPA and Darulfatwa for their momentous achievements over the last two decades
“The things that the ICPA and Darulfatwa have achieved over the last two decades have been quite extraordinary, their growth has been very significant, increased institutions, and expansion, is an extraordinary tribute, first to the people who run it, to those who are organizing it and to the community in general. It is a very significant achievement in this part of the world to have done what you’ve done”

“It is a great honor as a member of Parliament to be able to share in any number of multicultural festivals, particularly the ones with great significance such as Eid”

In his speech, 2MFM Radio chairman Mr Rafic Hussein acknowledged that the role of the Muslim Community Radio, 2MFM, is paramount in helping to build diversity in Australia.
“Our work at 2MFM over the past decade has been an integral to bringing communities together and in promoting constructive community relations, collaboration and of course engagement”
“Our work together has helped project the true and moderate teachings of Islam, to steer young Muslims away from extremism and away from those radical ideologies that we have all witnessed and of course to unite and build confidence in our diverse community”

Mrs Faten El-Dana, President of Muslim Womens Welfare Association also recognized the popularity of the Sydney Eid festival.
“The Eid-ul Adha festival which for many years has been annually organized mainly by the ICPA in collaboration with other local organizations, has succeeded in gaining popularity among the diverse Muslim community. It is a special atmosphere of peace, giving and receiving as well as sharing and caring”
She also placed emphasis on many of the issues facing women within ethnic communities including domestic violence.
“As an organization focused on addressing women’s issues, it is of great concern that we address the terrifying issue of physical violence that Australian women are facing every day”. 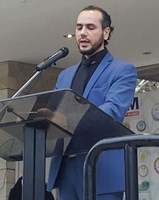 Finally, the last to speak was Mr Abdul Ghaniyy Ghannoum, President of the Australian Muslim Youth League, who conveyed the aims and ambitions of AMYL.
“We are working very hard in teaching the religion of Islam to the youth, the religion of moderation, steering them away from violent extremism”
Finally, The Islamic Charity Project Association extends their deepest appreciation to those who contributed to the success of the event. We ask Allah to endow upon us goodness and blessings from this auspicious occasion. 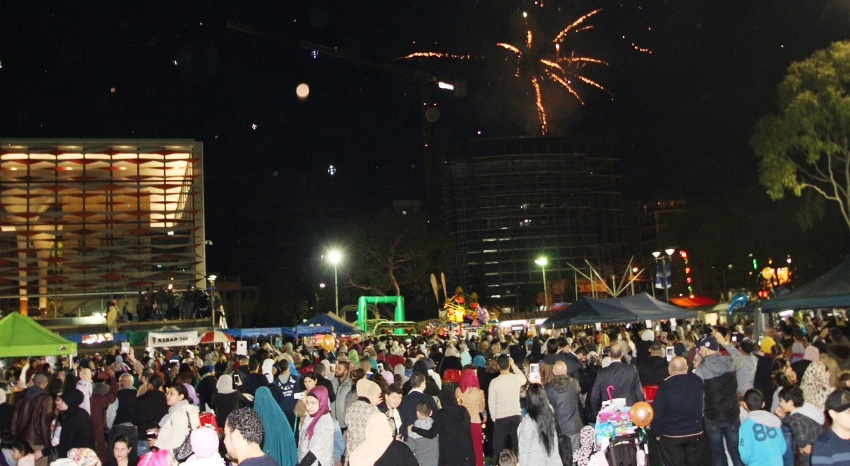