Since last few years, ACT Government and Islamic foreign missions have come together to host the breaking of fast in the Canberra City on weekend. On Saturday night 0f 10th June 2017, Civic Square Canberra filled with the smell of food prepared for the city's Muslims to break their fast. Among the capital's Islamic faithful were members of other religions, invited to join in the post-dusk Iftar meal Muslims eat every evening during Ramadan.

The special breaking of the fast on Saturday night was designed as a way for the wider public to meet the Islam Representatives from Canberra churches, as well as Health Minister Meegan Fitzharris and Opposition Leader Alistair Coe were guests of honour at the event. 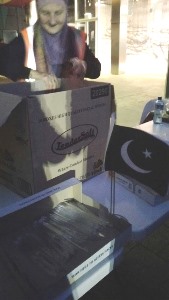 On the directions of Her Excellency Naela Chohan the Pakistan High Commission had also participated despite resource constraints and donated Chicken Biryani.
Members of different faiths and cultural backgrounds was invited to come along and experience the breaking of the fast with Muslims and participate in a dinner in Civic Square, as part of this breaking fast event.

Diplomats from countries such as the United Arab Emirates, Pakistan, Malaysia, Morocco and Indonesia also attended. The Canberra Islamic Centre imam Adama Konda explained the importance of fasting to Muslims during Ramadan. 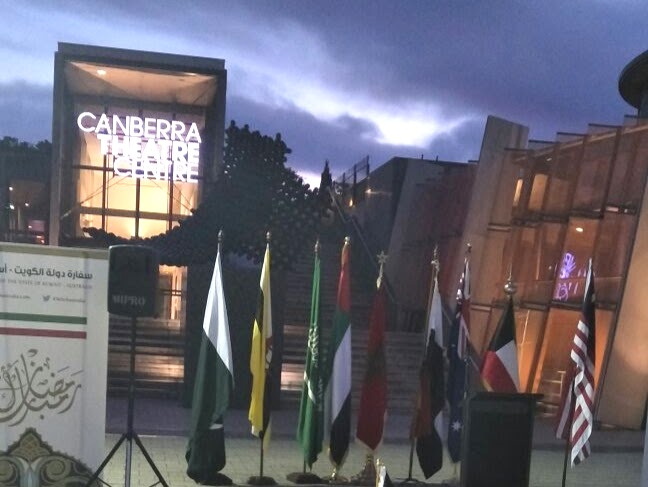 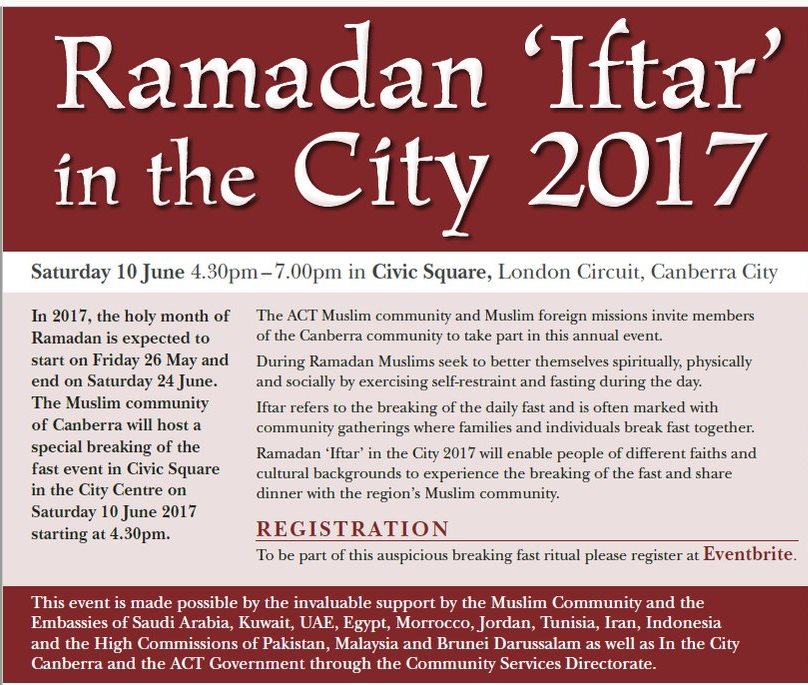