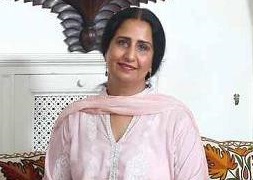 (1) That this House notes that:
(a) Pakistan's High Commissioner to Australia His Excellency Abdul Malik Abdullah recently departed following his completion of a three-year tenure thus paving the way for his replacement by the incoming High Commissioner Her Excellency Mrs Naela Chohan;

(b) Mr Abdullah returns to Pakistan after completing a remarkable set of achievements in Australia, including boosting bilateral trade between Pakistan and Australia, overseeing an improvement to the consular and mission services afforded to Australians of Pakistani heritage;

(c) on the trade front, His Excellency Abdul Malik Abdullah, with the support of former Consul General Azam Mohammed and the current Consul General Mr Uqaili, was able to secure the importation of Pakistani mangoes to Australia;

(d) Mr Abdullah was able to unite every community organisation of Pakistani-Australians from all States and Territories into one umbrella organisation, the Pakistan-Australia Council and His Excellency's greatest achievement, perhaps, was the construction of a new Pakistani High Commission building and construction is expected to be completed by September 2014, 55 years after the Australian Government leased the land to the Pakistani High Commission; and

(e) His Excellency successfully conducted the participation of the Pakistani delegation to the Commonwealth Heads of Government meeting in 2011 while facilitating the many Australian visitations by high-ranking officials and political leaders.

(2) That this House notes:
(a) the incoming High Commissioner of Pakistan to Australia Her Excellency Naela Chohan is at present the Additional Secretary at the Pakistan Ministry of Foreign Affairs;

(b) Naela Chohan holds a master's degree in international relations from Quaid-e-Azam University, and a PhD session certificate in international relations from Centre d'Etudes Diplomatiques et Stratégiques in Paris and she has also received training at École nationale supérieure des Beaux-Arts and the École du Louvre in Paris and Her Excellency has also undertaken the Executive Development Program [EDP] from the Kennedy School of Government at Harvard University; and

(c) until late 2013, Her Excellency has served as Ambassador of Pakistan to Argentina, Uruguay, Peru and Ecuador and her diplomatic assignments have also included the High Commission of Pakistan in Ottawa, the Pakistan delegation to United Nations General Assembly 41st Session, 1987, and 42nd Session, 1988, and the embassies of Pakistan in Tehran, from 1989 to 1993 and Kuala Lumpur from 1997 to 2001. In addition to her service as a career diplomat, Her Excellency has served on various government and private sector boards.

(3) That this House notes His Excellency Abdul Malik Abdullah's exceptional service to the Pakistani community which he undertook with great diligence and wishes him well in his future.

(4) That this House welcomes the appointment of Her Excellency Naela Chohan and wishes her every success during her tenure in Australia.