The Consul General and Trade Commissioner of Pakistan in Sydney Mr. Abdul Aziz Uqaili received a Letter from Director General Thar Coal Development Authority Sindh, whereby Expression of Interest have been invited by 28 February 2014 for "Exploration of Thar Coal Lignite Deposit for 600 MW Power Project". The further details of the project and requirements of the Expression of Interest are available on the official website of the Authority given below:
www.sindhcoal.gos.pk 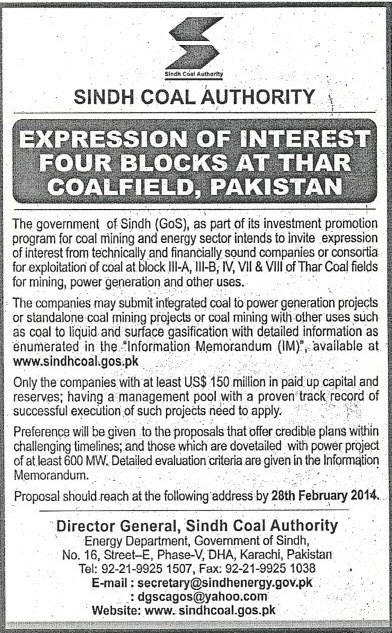