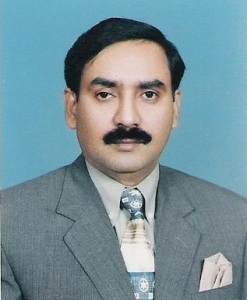 Dr. Zafar Iqbal Qadir worked as federal Secretary for Information Technology and Telecommunication and Chairman of the National Disaster Management Authority (NDMA). He is currently heading Akhtar Hameed Khan National Centre for Rural Development (NCRD) at Islamabad. He was on an official visit to Fiji, where he chaired the inter-governmental ‘Regional Policy Dialogue’ on Rural Development for Asia and Pacific, organized by CIRDAP from where he came on a visit to Sydney.

Dr. Zafar Iqbal Qadir is an accomplished professional in the federal government of Pakistan, holding a PhD degree in Development Studies. He has worked in Balochistan province for nearly two decades; and is known to have laid the seeds of quality education in the remotest province of Pakistan and has now transformed these schools into technology-driven, high-end educational institutions. 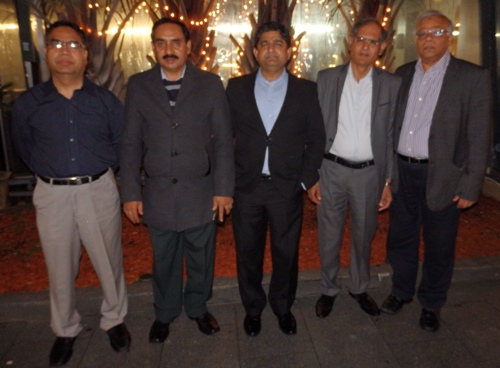 Dr Zafar Qadir informed of the social change scenario in Pakistan, indicating the efforts of renowned civil service professionals who are leading this positive change. He stressed that the civil servants in Pakistan are now turning into social change agents, leading by examples and demonstrating instead of preaching. He discussed in detail the initiatives like e-Schools, e-Madrassa, e-Clinics and e-Skill Centers. He gave a detailed run down of Taaleem Foundation (www.taaleem.pk) - the sole social change agent in rural Balochistan that spearheaded the socio-cultural transformation in society and has mainstreamed the youth to gradually gel into national fabric. This is a not-for-profit initiative undertaken by him in collaboration with the Government of Balochistan and the civil servants working there in the province. This is a state of the art technology driven schooling system that provides formal primary schooling through educational videos and manages elementary / secondary schooling through on-line classes in Balochistan from studios in Karachi and Islamabad. These school complexes work as e-School in the morning hours, turn into e-Clinics in the afternoon and are used as e-Skill Centers for the local communities over weekends. All these institutions are powered by solar energy, connected online the with distant studios and servers through 4 MB dedicated bandwidth and are equipped with a good IT lab, multi media system and video collaborative network of its own at each school complex. Holy Quran is being taught through a leading Quran scholar to all students through video based interactive sessions conducted from Islamabad each morning, he added. He also informed that technology based modern education solutions were also being deployed in formal Madrassas (religious seminaries), converting these seats of learning into e-Madrassas. These institutions would be given high-end lessons on English, Science, mathematics and Information Technology by Taaleem Foundation. He offered extending these facilities to some Pakistani schools / individuals outside Pakistan to cater for customized needs of our people living abroad.

Dr Zafar Iqbal Qadir explained the conceptual outlay of poverty reduction strategy, social safety net (Benazir Income Support Program), integrated rural development scenario, micro-health insurance policy and upcoming disaster risk insurance plan in Pakistan. He made a special mention of Akhuwat Trust (www.akhuwat.org.pk) – the only interest free micro-finance institution in the world with 99.9 % rate of recovery from the poor borrowers. He spoke high of the Medibank Trust (www.medibank.pk) - providing the medicines free of cost to the poor in Pakistan; and Wan Miana Model (http://wanmiana.3glink.pk/) of integrated rural development in Pakistan. He also briefed on e-Pakistan initiative of PIID (www.piid.org.pk) - that promotes use of appropriate technologies in adding value to the service delivery.

Dr Zafar Iqbal Qadir shared his views on bilateral cooperation between Pakistan and Australia, with special reference to promoting cultural and economic ties between the two commonwealth states. There is a lot that the two nations could share and benefit from the experience of each other, he reiterated. In goods and services, Pakistan is in a better position to supply fresh seasonal fruits & vegetables due the opposing weather seasons here. Pakistan also has good production line in sports good, leather goods, traditional heritage and medical surgical instruments, needing the entrepreneurial skills of Pakistani Australians to seek purchase orders and set up the supply chain with local counterparts. While Pakistan could greatly benefit from higher education facilities of Australia; it could always offer its expertise in rural development and disaster risk management to the Australian government and the communities.

Dr Zafar Iqbal Qadir greatly appreciated the efforts of the leading community elders in Sydney who make it a point to organize community events on regular basis and gel the feelings of oneness and mutual cooperation. He admired the services rendered by Mr. Azam Mohammad during his tenure as Counsel General here; and also praised the efforts of Mr Abdul Aziz Uqaili – the current Counsel General at Sydney, who could not make it to join the session due to his prior engagements.

Mr. Azam Mohammed recalled the period when he and Dr. Zafar Qadir both served in the Ministry of Commerce together. He informed that they were both involved in formulating trade policy and negotiating foreign trade agreements; after which Dr. Zafar Iqbal Qadir was posted at Pakistan’s Mission to WTO in Geneva and later Mr. Azam was posted in Sydney.

Mr. Iftikhar Rana informed of the role of PAC and PABC. He informed of the positive role played by PABC in bringing the business communities of the two countries together and working as a bridge for the business community. The PABC organizes events for all trade delegations that come from Pakistan as well as for all Australian missions going to Pakistan including for diplomatic postings of Australian High Commissioners and officials in Pakistan. He said both PAC and PABC has always worked very closely with the High Commission and Consulate General of Pakistan.

Mr. Zafar Hussain Shah briefed Dr. Qadir of various delegations that visited from Pakistan in the last years. Proposals on improving interaction between community leaders and visiting dignitaries were discussed at length. Mr. Zafar Hussain emphasized the need for effective follow up on these meetings and ensured his cooperation to generate adequate support from Pakistani diaspora in Sydney for implementing the recommendations so reached. Dr Zafar Iqbal Qadir appreciated the pro-active role of community leaders in Australia and hoped that such linkages would create strong bondage of the diaspora with their roots in Pakistan. Such connectivity would not only boost the remittances back home but also help tap investment opportunities in Pakistani market. It was agreed by all that such interaction must continue in future. 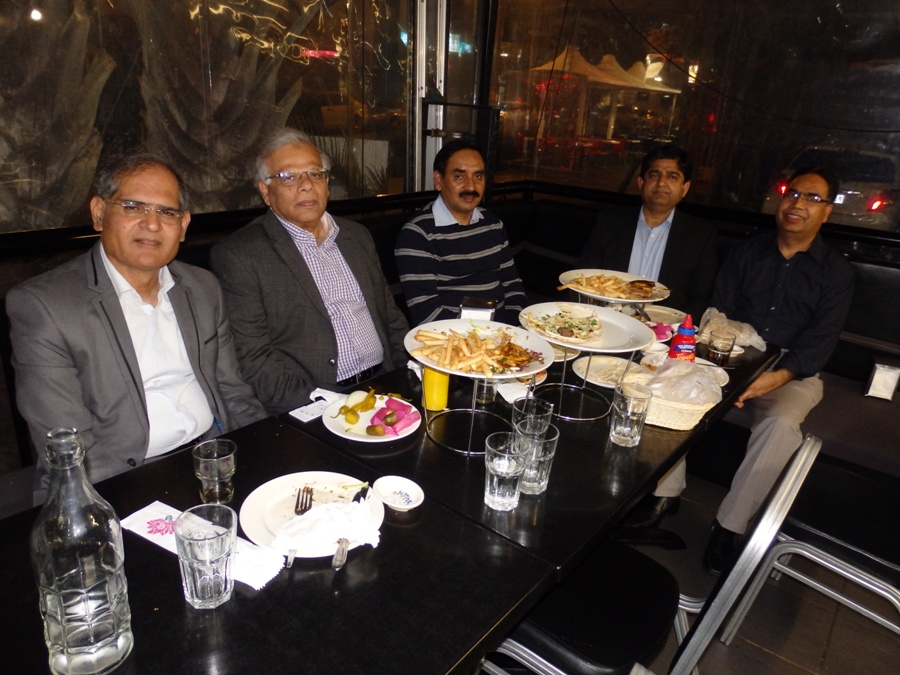