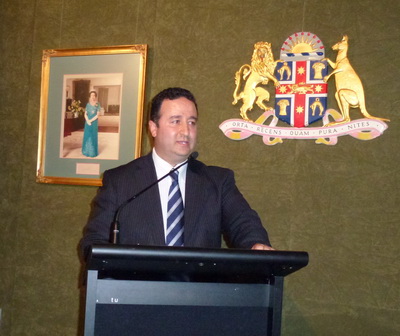 Cemeteries and Crematoria Bill 2013 - Your Feedback and comment requested

I write to you to bring to your attention this Bill on Cemeteries and Crematoria Bill 2013 as proposed by the NSW Government which has been introduced in the Lower House and once voted on there, it will be dealt with by the upper House of NSW Parliament.

Before it is debated in the week beginning 12 November, I would like to bring it to your attention and hope that you will respond with some of your feedback and or objections which I may be able to raise in the debate.

The Bill is attached and the overview of the Bill is copied below for your ease of reference.

I would be grateful if you could please respond by mid next week or so to enable me to prepare my contribution in this matter. Cemeteries and Crematoria Bill 2013

This explanatory note relates to this Bill as introduced into Parliament.

The objects of this Bill are as follows:

remains with dignity and respect,

respected so that none is disadvantaged and adequate and proper provision is made for all,

regulation of cemeteries and crematoria,

The objects of the Bill as above are generally good and it would not be opposed but what one needs to note is in the body of the Bill which I encourage you to look at and provide me with your feedback.

In other words the grave site can be re used in 25 years. In my mind, this is unacceptable to many people and many religious institutions and faiths in Australia. Imagine if the grave of a family member of yours who passed away in 25 years it will be dug up and reused as proposed under this Bill?

Further, rather than address the dire need of more burial grounds, the Government simply sweeps this under the carpet and tries to resolve this problem through the re use of existing graves.

I therefore bring this to your attention and hope that you would provide me with your feedback as soon as possible on such issues as re use, on the shortage of grave sites, on consultation, on religious rites and religious concerns on this Bill.