My Short tribute to a remarkable woman and an outstanding Governor—Her Excellency Professor the Honourable Dame Marie Bashir, AD, CVO. 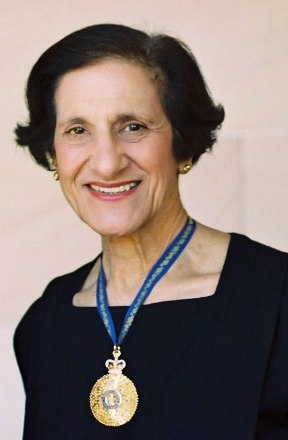 The Hon. SHAOQUETT MOSELMANE [5.03 p.m.]: I also wish to be associated with this motion and I am pleased to speak about the remarkable contribution of Governor Dame Marie Bashir, a wonderful Australian with whom I share the same heritage. Bashir translated from Arabic means "the one who brings good news", a remarkably befitting name. She has brought a lot of good news for many people around Australia. Indigenous Australians, migrant Australians, Australians suffering mental health issues and Australians from a multicultural background truly loved her for who she was. Governor Bashir is an incredible example of the strengths of multicultural Australia and the opportunities that Australia provides to those who become part of our nation.

As other speakers have already noted, Governor Bashir was proudly New South Wales' first female Governor and the first governor from any State in Australia to be of Lebanese descent. These are admirable achievements but to me just as impressive is Governor Bashir's commitment to her community before she became our thirty-seventh Governor. Governor Bashir trained as a doctor and later on continued her studies with postgraduate studies in psychiatry. Rather than follow this path into private practice, in 1987 she accepted an appointment as Director of Community Health Services in the Central Sydney Area Health Service. During this time the health service focused on childhood services, migrant and Indigenous health and services for the elderly. In her role she made a great difference to the lives of many and in 1988 she was recognised for this work and made an Officer of the Order of Australia.

Governor Bashir's contributions to the field of health, particularly mental health, have been significant, both for patients and for the way we deal with mental health in New South Wales. In 1994 Governor Bashir was appointed Clinical Director of Mental Health Services for the Central Sydney area at a time of great reform in mental health. At this time she was also a clinical professor of psychiatry at the University of Sydney and worked with teaching programs in Vietnam and Thailand. She has also contributed significantly to mental health services for Indigenous Australia, establishing the Aboriginal mental health units in partnership with the Aboriginal Medical Service in Redfern. She has also done extensive work with young people, especially those caught up in our juvenile justice system, chairing the New South Wales Juvenile Justice Advisory Council from 1991 to 1999.

These are just some of the remarkable contributions of Governor Bashir but from them we see an extraordinary woman, committed to the health and wellbeing of our community and a woman who has made a positive difference to the lives of hundreds, if not thousands, of people across New South Wales. I thank Governor Bashir for her 13½ years of service to New South Wales. I thank her for her time as Governor and I thank her for her other roles in our community. She is a brilliant human being, an inspirational Australian and I wish her and Sir Nicholas all the best for their future.