On 26th January 2014 Allama Iftikhar Hussain Naqvi invited High Commissioner His Excellency Abdul Malik Abdullah and President of PAC and PABC Iftikhar Rana to visit Saach TV Studio in Islamabad Pakistan. Allama Naqvi gave a warm welcome to them in the channel studio and introduced them to the Saach TV team and shows them all the studios and offices. 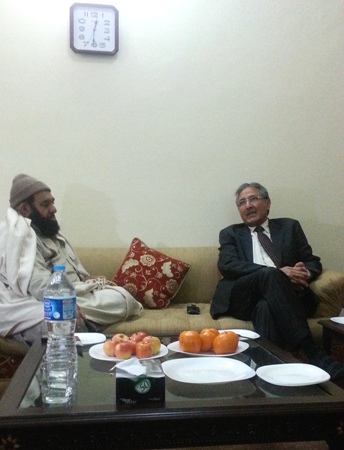 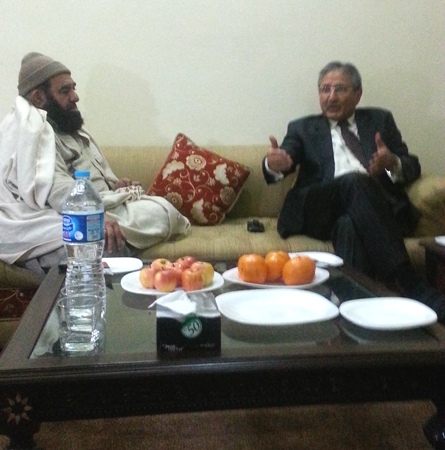 Allama Iftikhar Hussain Naqvi the Chairman also CEO discussed about Saach TV channel and other business that he is involved in. H.E. Abdul Malik Abdullah discussed about Australia and Pakistan relationships and the current political situation. Mr Iftikhar Rana mentioned the business opportunities that exist between Pakistan and Australia and also mentioned bilateral trade. 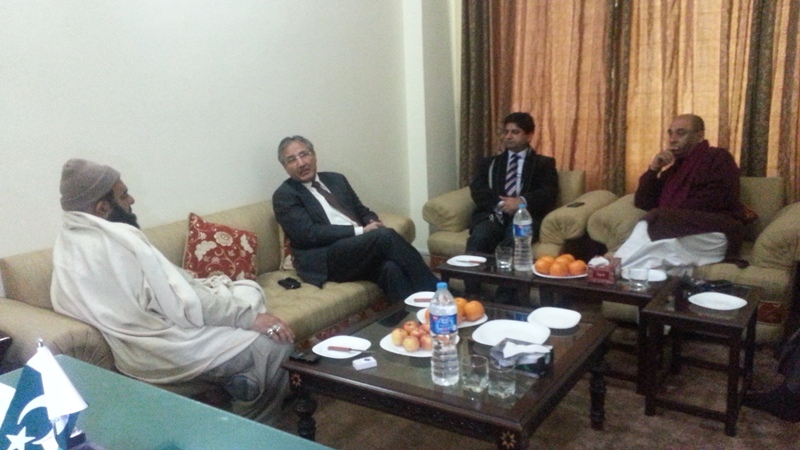 Later on both High Commissioner Abdul Malik Abdullah and PABC President Iftikhar Rana joined the Chairman for a lavish lunch where they were invited to take part in an interview with Nadeem Hussain on the famous Saach TV show “Aaj Ka Saach Nadeem Hussain Kay Sath” on the 27th January. 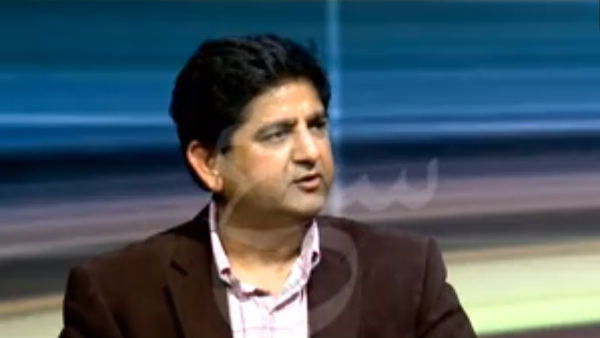 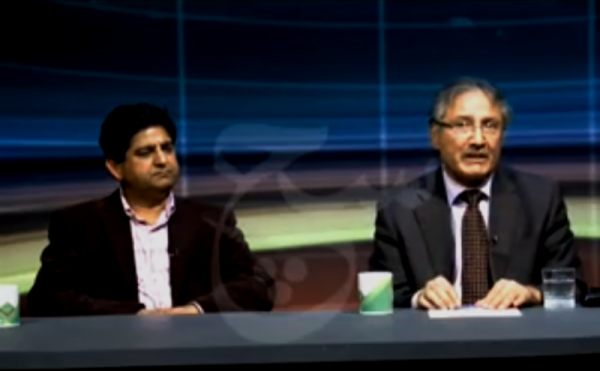 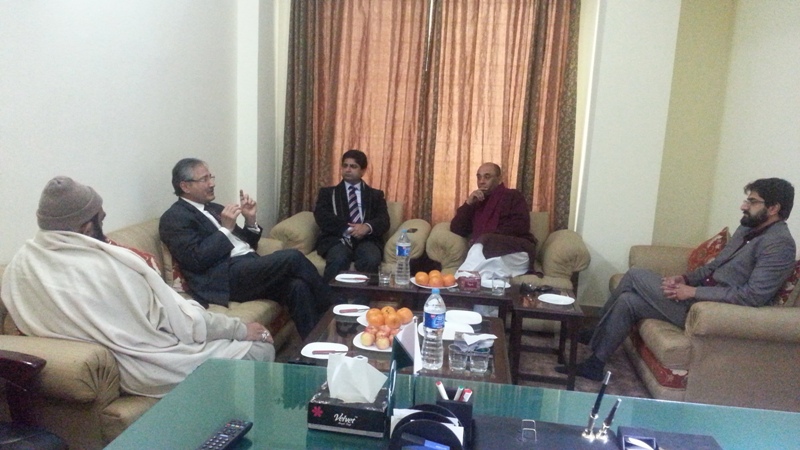 On the 22nd January 2014, Iftikhar Rana President of PABC and Ahsan Khan Vice President met with the High Commissioner of Pakistan, His Excellency Mr. Abdul Malik Abdullah in Lahore. 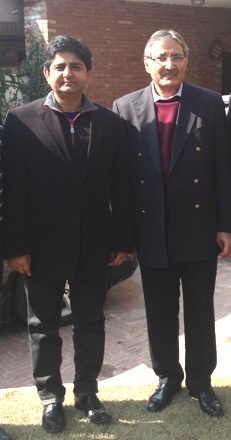 His Excellency Abdul Malik Abdullah went to Pakistan and meets the PABC delegation; guide them to explore new business opportunities that exist in Pakistan especially in regards to bilateral trade.

Also the High Commissioner Abdul Malik Abdullah introduced a few prominent business people to the delegation in Lahore. They had a long discussion regarding both countries business opportunities, facilities and problems that exist when doing business and further discussed bilateral trade.

These prominent business people were very impressed and promised to look into visiting Australia very soon for business purposes. 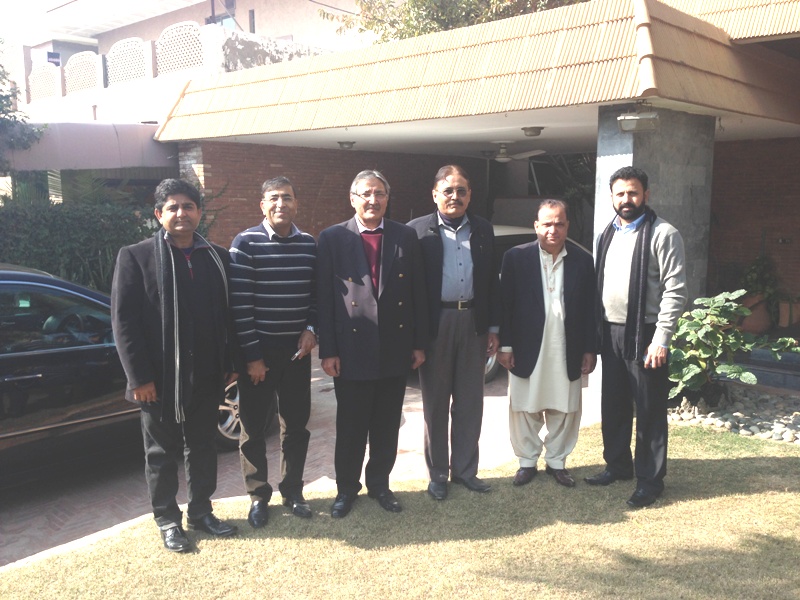 Mr. Rana thanked the business people and for the business knowledge they have passed on and for finding interest in doing business with Australia in the future. 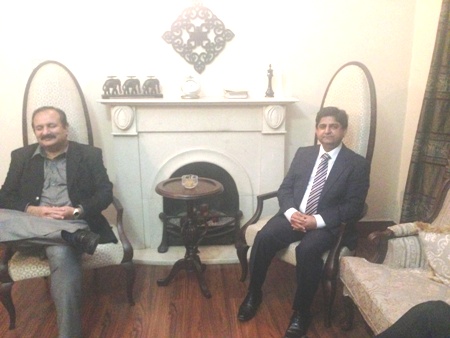 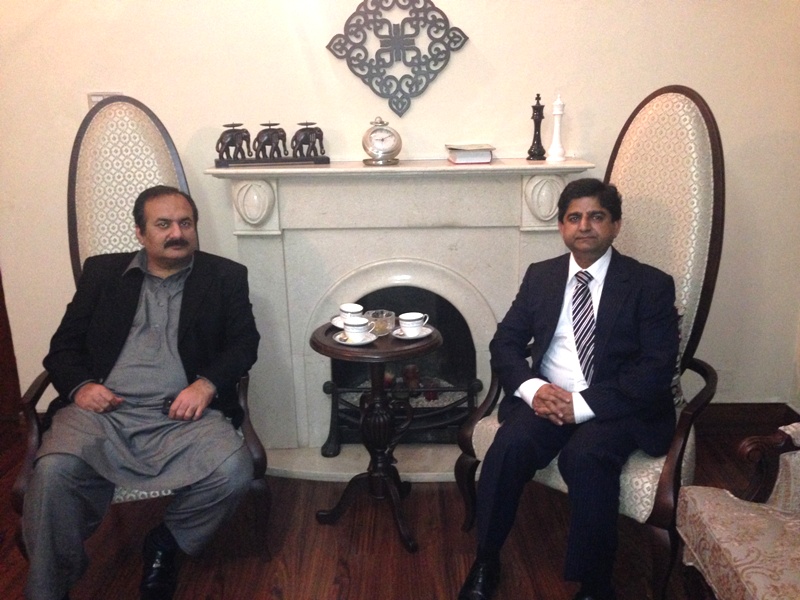 Mr. Rana introduced the Pakistan Business Council delegation team to the Hon Minister Rana Mashood Ahmad Khan and they discussed the various business opportunities that exist in Pakistan particularly in the education sector. 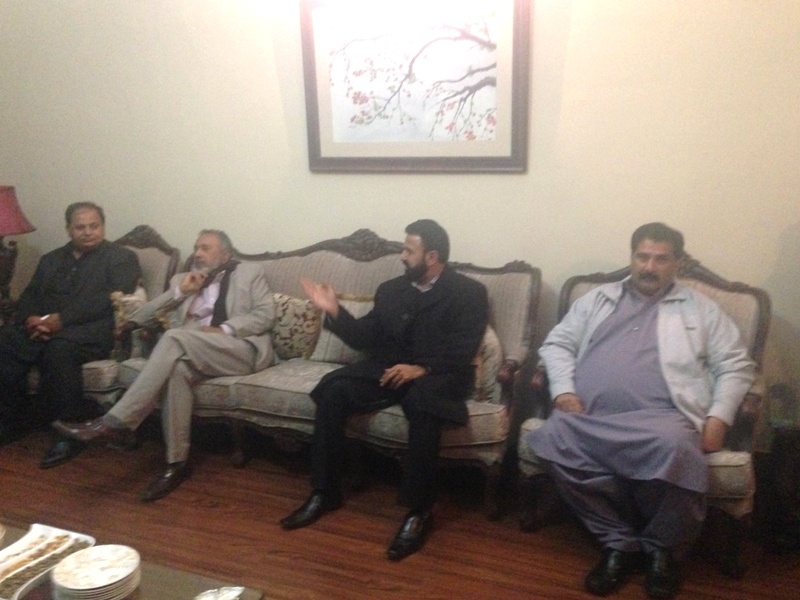 The discussion furthered into the current and previous business issues in Pakistan and how much the business market in Pakistan has changed enormously in the past couple of years. The complications around doing business in today’s time. 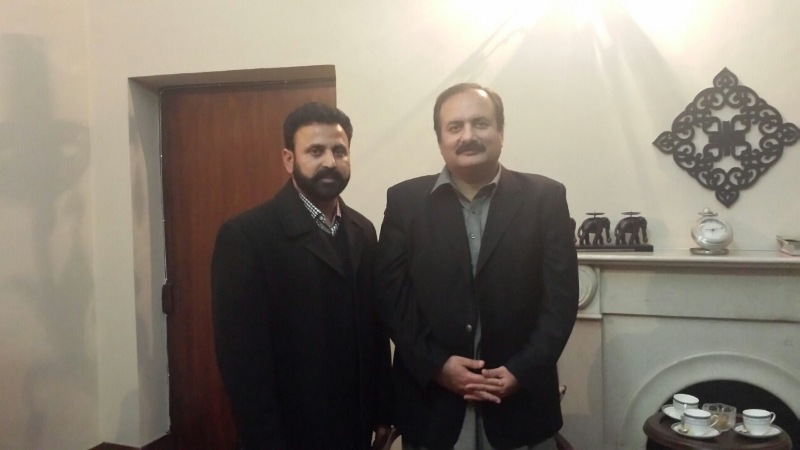 The opportunity of trade especially bilateral there was much discussion and examination of the positive and negatives out of this also there was much talk on how we could improve the Pakistan education system and difference between both Pakistan’s and Australia’s educations systems. The PABC delegation insisted on the adoption of the Australian education system and how it will not only benefits students but Pakistan as a whole. 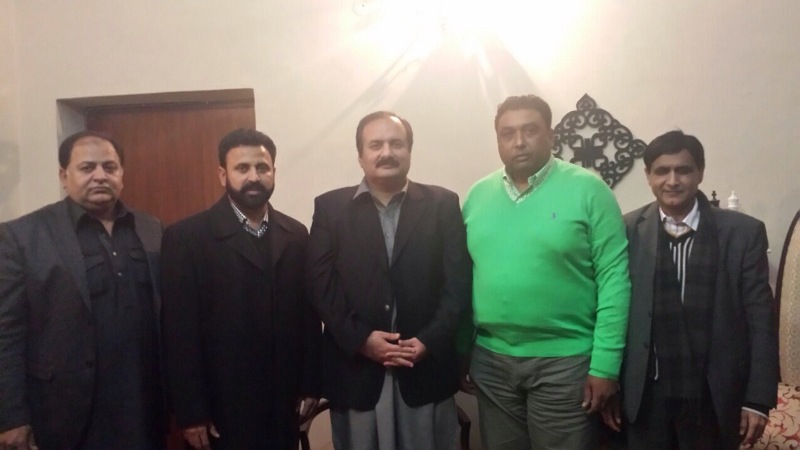 Mr. Rana invited to the Hon. Rana Mashood Ahmad Khan to visit to Australia for himself and to look into some business opportunities which could exist between the both countries in the future. 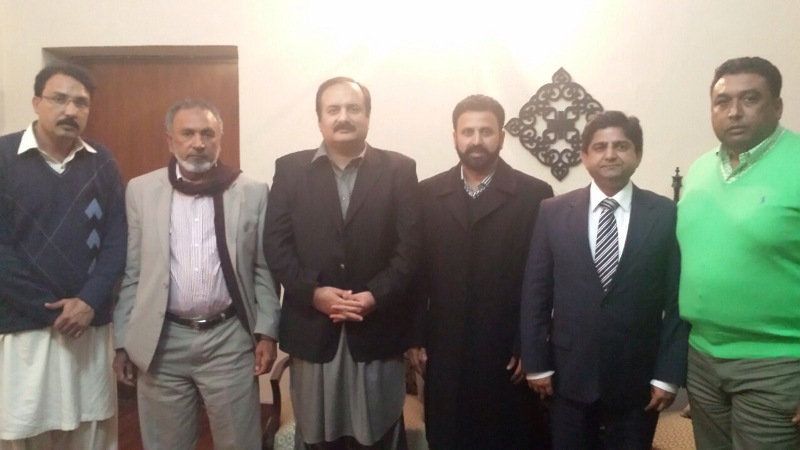 The night concluded on delicious and lavish dinner that was served in the Ministers exquisite house. 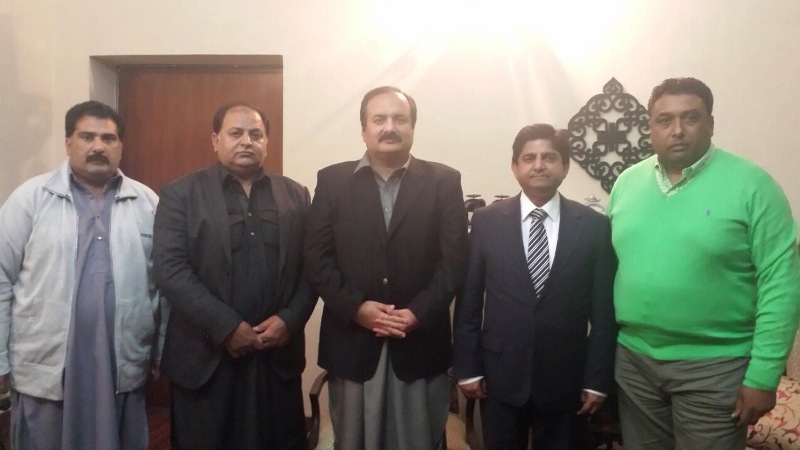 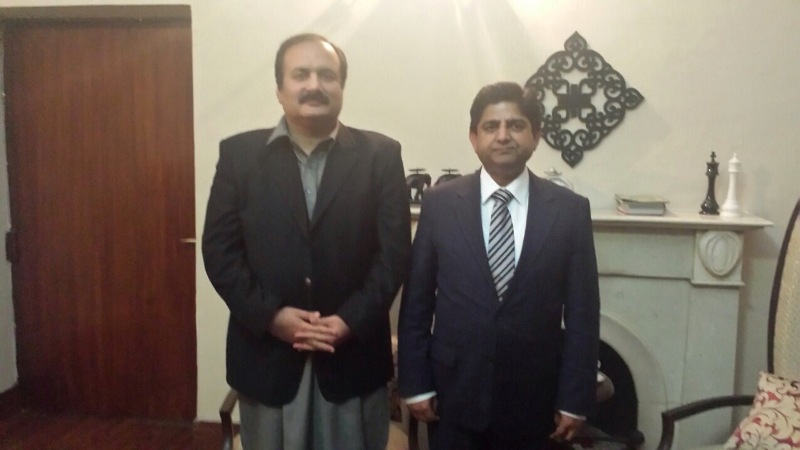 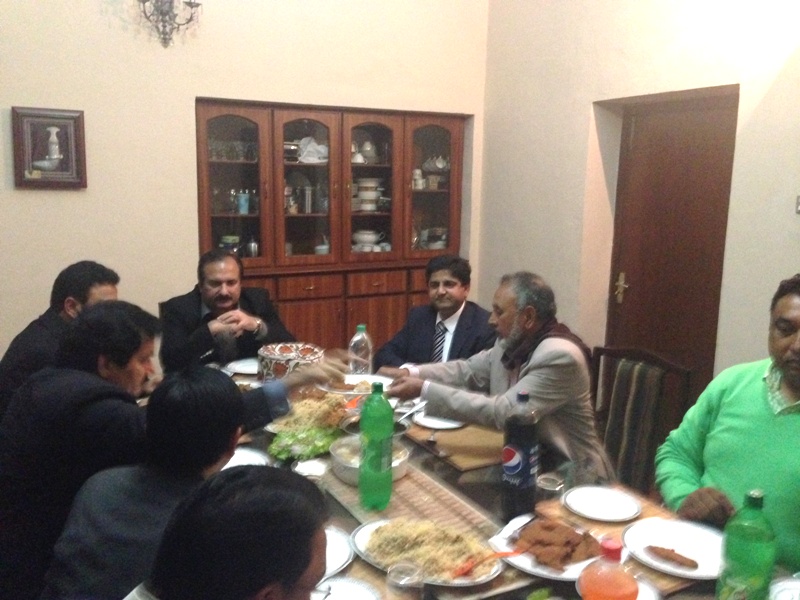 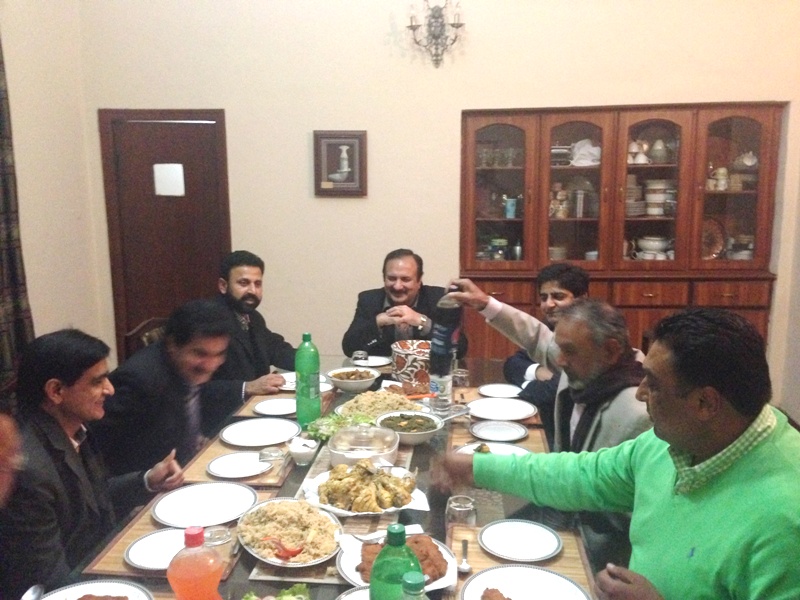