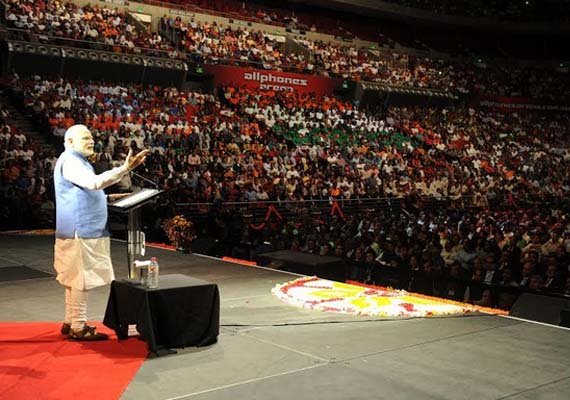 India' Prime Minister Narendra Modi has praised the progress of his country and spoken of the common values it shares with Australia during an address in Sydney. More than 15,000 enthusiastic members of the Indian diaspora gathered to hear Mr Modi speak at All Phones Arena in Olympic Park. They were dressed in brightly coloured clothing and silk dresses, waved Indian flags and had their picture taken next to cardboard cut-outs of Mr Modi. Sada-e-Watan will publish a full report with photos during the week. Some travelled from interstate in specially chartered trains such as the "Modi Express" to attend the community reception for the Indian Prime Minister. 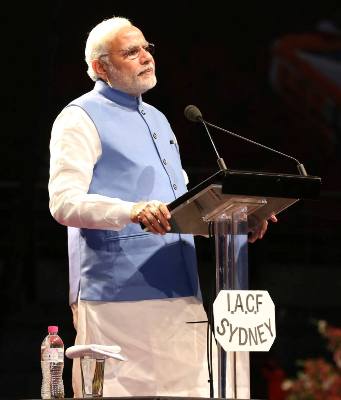 On the evening of Monday, 17th Nov 2014,Prime Minister Narendra Modi today told the Indian Diaspora living in Australia that there are many people who were born after independence and therefore could not get the opportunity to sacrifice their lives for the nation but they all have the opportunity now to live for the country.

“We couldn't die for the nation, but we can live for the nation, that is something that everyone has the opportunity to do,” Narendra Modi told a rapturous crowd at Allphones Arena of Olympic park in Sydney. 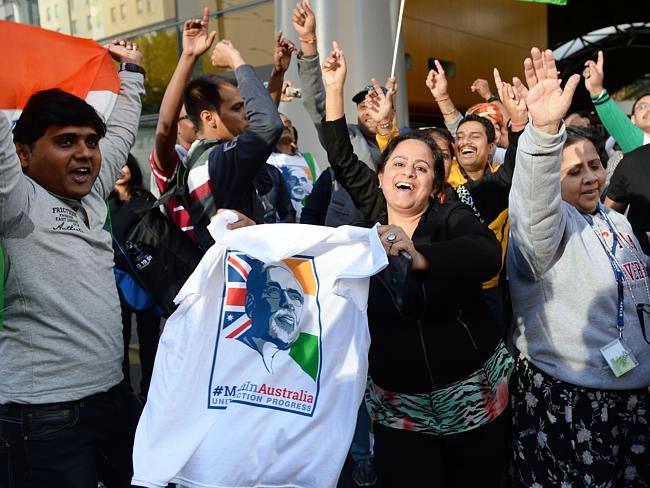 “I am fortunate that I am the first PM of India who was born in independent India, hence I feel greater responsibility. We couldn't die for the nation, but we can live for the nation, that is something that everyone has got the opportunity to do. It takes one day to come to Australia, but it took 28 years for an Indian PM to come here. My friends in Australia I assure you...you won't have to wait for 28 years,” said Modi. 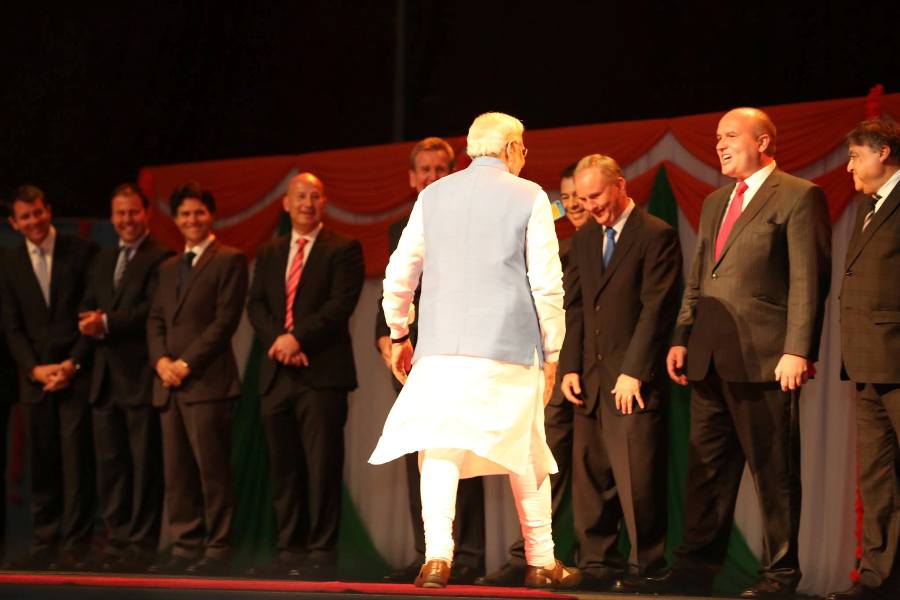 Premier NSW Mike Baird, Minister Victor and members of Parliament during the Welcome meeting in Sydney

“India is young. Full of young energy. We have capacity to work. Swami had talked about it. It was his dream – In front of my eyes, I can see my mother as vishwa guru. She will be a guide to the world. That is why I have faith in the great vision of the Swami. 6 months are nothing for this huge nation. I want to ask you, do you have the faith that I have? Can we serve humanity, can we stand tall again? We you agree, they your faith will become god’s blessing. If you have faith then there is nothing that can stop us,” added Modi. 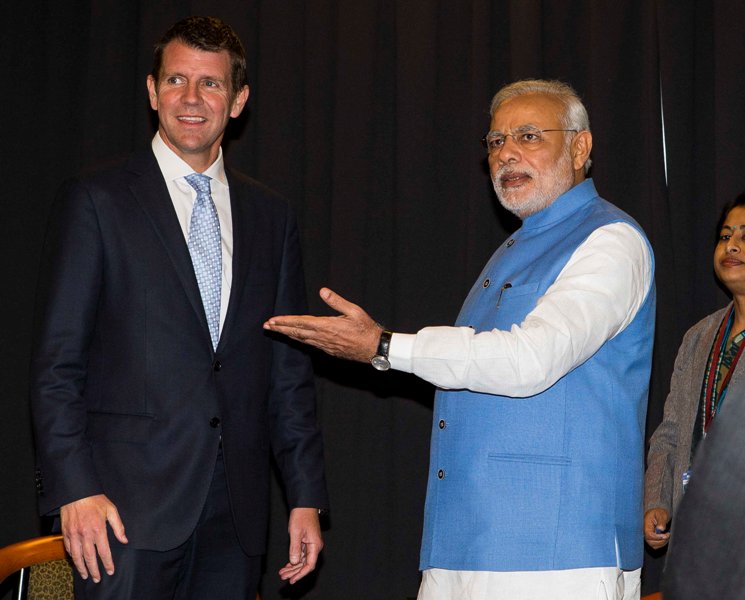 According to the Media Release Government of New South Wales, NSW Premier Mike Baird has tonight met with Indian Prime Minister Narendra Modi at a reception held for the Indian community of Australia in Homebush.Mr Baird met with Mr Modi privately before the community reception, which was held at Sydney Olympic Park and attended by thousands of Indian Australians.

“It is a pleasure to be meeting with Mr Modi in Sydney, especially as it is the first Prime Ministerial visit from India in 28 years,” Mr Baird said.

“The diplomatic, economic and cultural ties between NSW and India are strong and on behalf of the NSW Government, I would like to warmly welcome Mr Modi to our State. 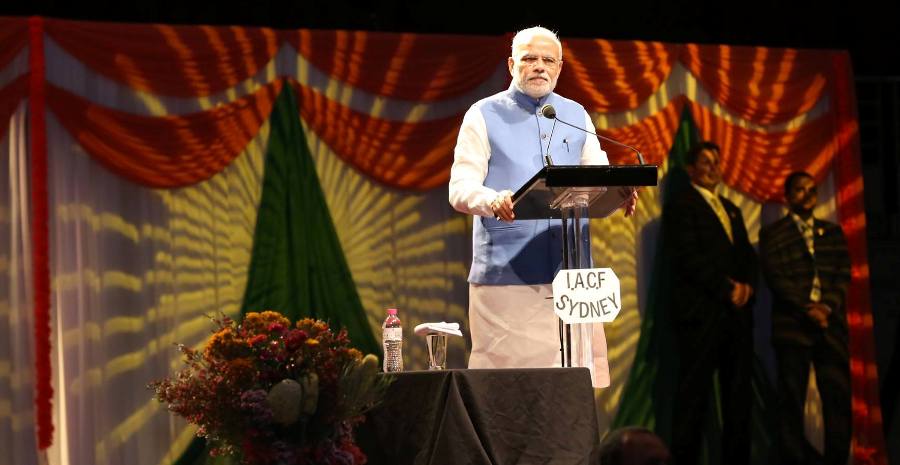 “The strength of the relationship between NSW and India was evident when the NSW Government lit up the sails of the Sydney Opera House as part of Deepavali celebrations last month.

“Mr Modi is known as India’s infrastructure Prime Minister who has outlined a trillion dollar plan to create a better India.

“Like Mr Modi, I am committed to making a real difference and my plan will aim to ensure we’re rebuilding NSW and making it a stronger and better State for all.

“I will be promoting NSW’s strengths to identify areas where we can share knowledge with India to help realise each other’s bold plans for the future. 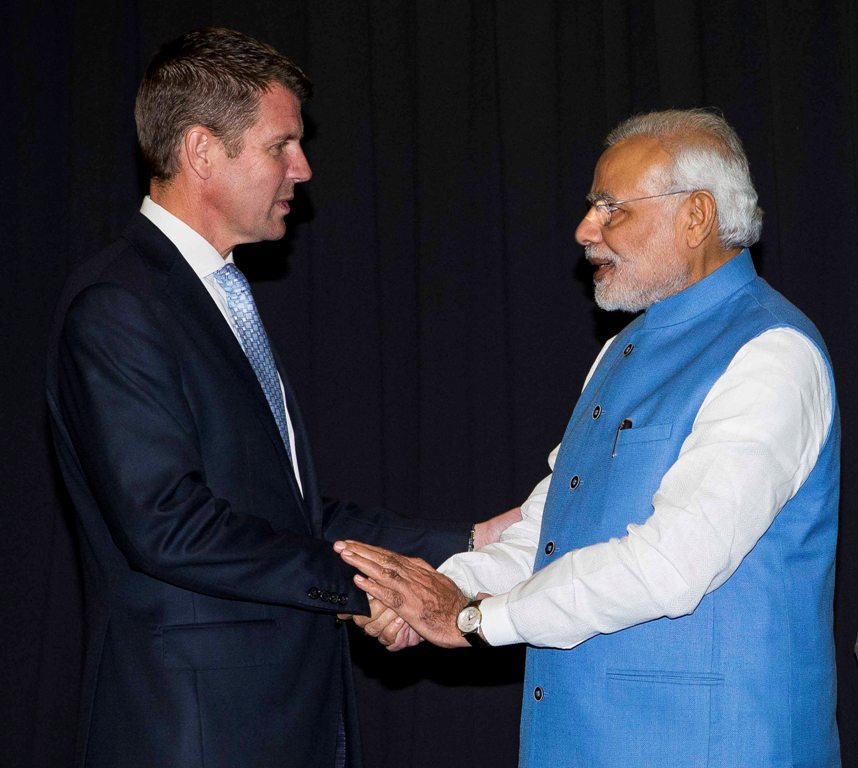 “More than 95,000 people living in NSW have Indian heritage and we greatly value the contributions this community has made to our multicultural society.

“The sheer number of people who have turned out to hear Mr Modi speak is a testament to his popularity and the belief and expectation the global Indian community has in him.

“A similar event held at Madison Square Garden in New York in September was attended by about 19,000 people and tonight’s event has attracted similar numbers,” Mr Baird said. 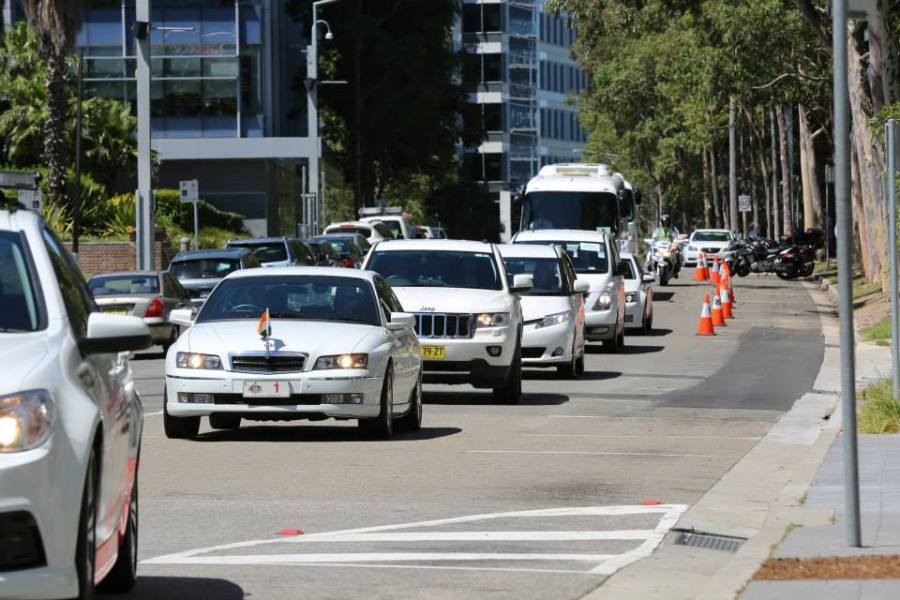 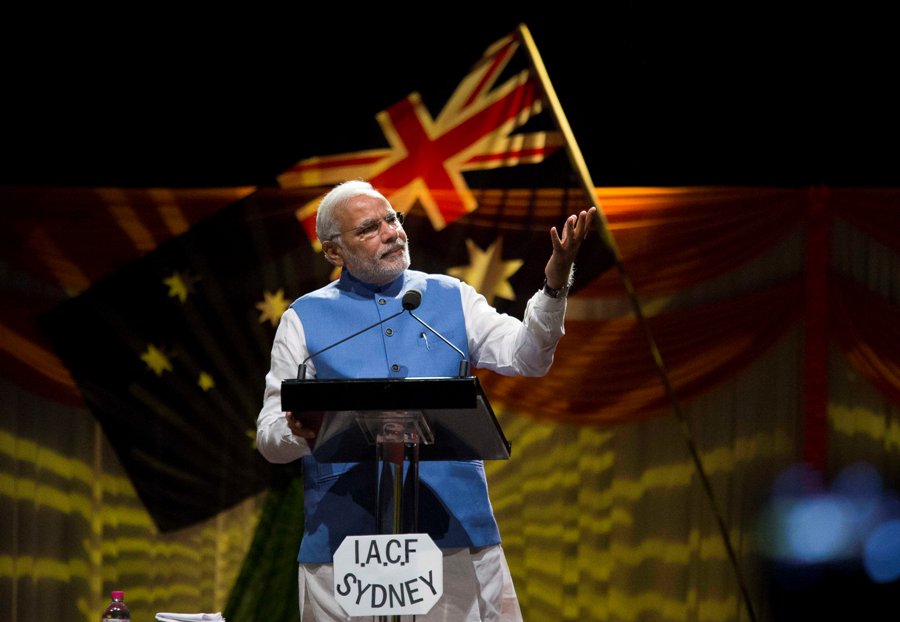 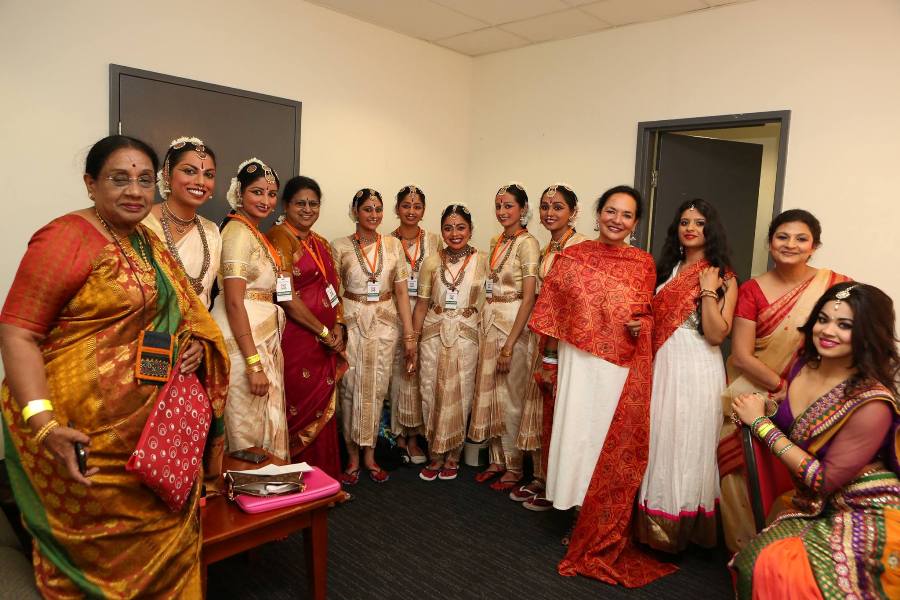 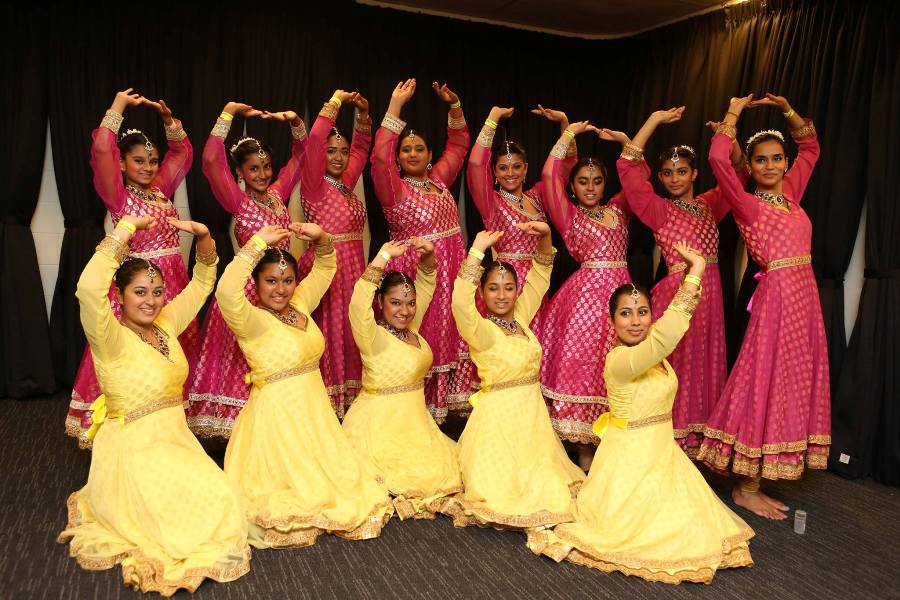