Prominent Australian Pakistani Personality Mr. Kamil Khan of Kamil Khan Hospitality Group is in Dubai. Through Sada-e-Watan, he is proud to announce that he and his friends are hosting a T20 Match between the legends of the Sri Lankan winning team of the 1996 World Cup and Sydney XI on 29 October 2016 at 1:30pm!!

Kamil Khan has influence in the Cricket circle all over the world and is also working to arrange a special match in Sydney between Legends of World Cup winning team of 1992 and Sydney XI in the beginning of next year 2017. He will announce the schedule of the match after finalised all necessary arrangements. 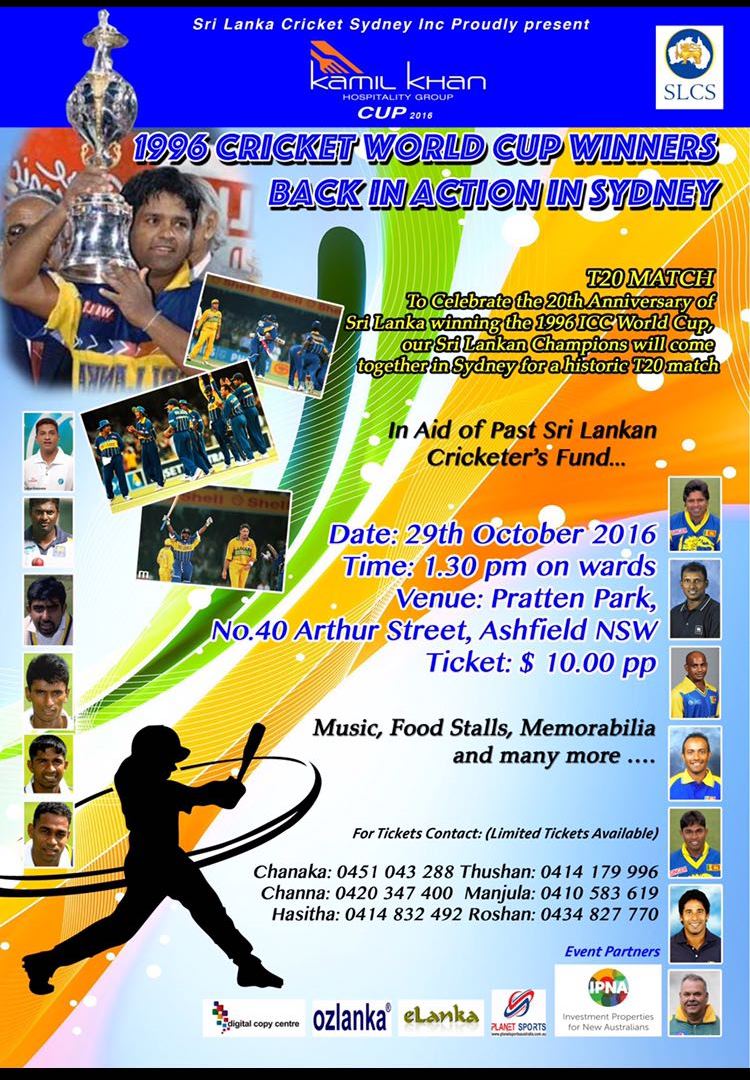