FIRST EVER CONSIGNMENT OF PAKISTANI MANGOES LANDS IN SYDNEY

SYDNEY, 9 SEPT. 2013: The first ever consignment of Pakistani mangoes lands in Sydney on the soil of Australian continent on the evening of Tuesday, 3 Sept. 2013, at 10 pm through air cargo of Emirates Airlines. The consignment included 490 kgs of mangoes for promotional purposes and two orders of 2 tonnes of mangoes each for commercial purposes. Pakistan Horticulture Development and Export Company (PHDEC) dispatched the promotional consignment in favour of Consulate General of Pakistan in Sydney while two Australia importers of Pakistani origin imported the commercial consignments of 4000 kgs Chuansa mangoes from Pak Horti Fresh Karachi.

The import of Pakistani mangoes in Australia remained under negotiations between Pakistan and Australia for last few years. Pakistan’s Ministries of Commerce and National Food Security, Trade Development Authority of Pakistan (TDAP), PHDEC and Department of Plant Protection (DPP) along with High Commission for Pakistan Canberra and Consulate General of Pakistan Sydney were instrumental in the negotiations with the Australian authorities including Department of Agriculture, Fisheries and Forestry (DAFF) and Quarantine Service. The Australian audit team had visited Pakistan in May 2012 and approved 17 orchards in Sindh and Punjab for sourcing of mangoes for export to Australia. Two hot water dipping treatment (HDWT) facilities in Karachi and one irradiation treatment facility in Lahore were shortlisted. However, Australian audit team had made several observations and recommendations for making the entire export operation foolproof and safe. Another audit team was supposed to visit Pakistan in mango season in 2013 to confirm and verify the compliance of the requirements of Australian authorities. Consul General Sydney actively pursued the authorities and the audit team visited Pakistan once again in first week of July 2013 and inspected the facilities. Only one HDWT facility viz. Pak Horti Fresh Karachi complied with the Australian standards and was approved by Australian DAFF. Hence, on 8 August 2013, a day before Eidul Fitr, Australians finally declared Pakistan as source country for import of mangoes and granted ‘market access’ to our mangoes.  Consul General of Pakistan, Mr. Abdul Aziz Uqaili, shared the good news with the Pakistani community in Australia in the Eid congregation in Rooty Hills Masjid NSW on 9 August 2013. The information was subsequently released to the media and the community.

The incumbent High Commissioner, HE Abdul Malik Abdullah and the incumbent Consul General, Mr. Abdul Aziz Uqaili played instrumental role in the final round of trade negotiations and commercial diplomacy with the Australian authorities. The role of former Consul General, Mr. Muhammad Azam, is also noteworthy in making the groundwork. On the other hand, the authorities in Pakistan were highly supportive and proactive to get this achievement of great magnitude when Pakistan was out to find out new markets for export of its products and commodities and increase its foreign exchange earnings.

Consul General, Mr. Abdul Aziz Uqaili, received the first consignment of 490 Kgs of mangoes comprising of packets of 4 kgs and 2 kgs for promotional purposes. He personally visited Australian Customs and Quarantine Authorities in Sydney on Wednesday, 4 September 2013, received the mangoes and got them inspected by the Australian Quarantine Service in Crewe Place, Sydney. The procedure took around one hour, in which 600 mangoes were examined in the laboratory and were certified as hygienically safe and free from plant diseases.  When our mangoes passed the tests, these were finally cleared and released to the Consul General who remained physically present throughout the process from airport cargo, customs clearance, quarantine clearance and quarantine inspection.

On the other hand, the two commercial importers reportedly sold their imported mangoes in open market in Flemington and Lakemba. They also said to have sold mangoes through email / facebook orders. 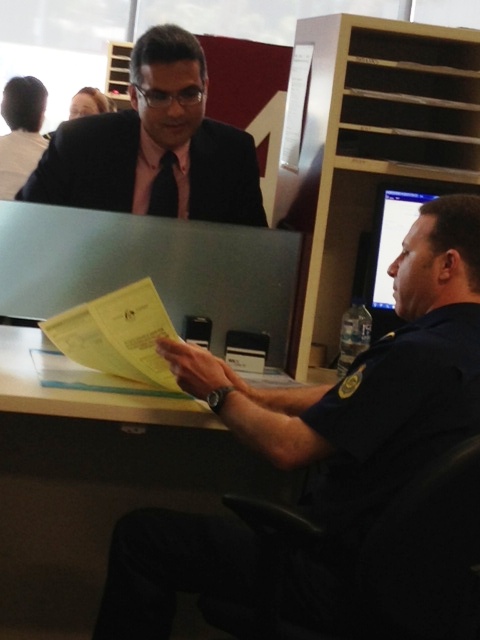 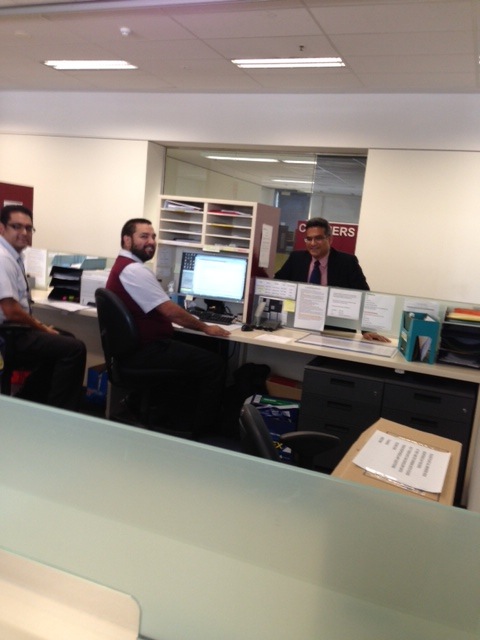