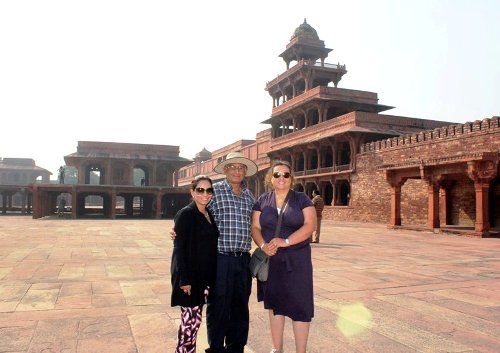 Michelle Rowland was accompanied by Mr Harish Velji, Chairperson Sub Continent Friends of Labor and its committee member  Ms Aisha Amjad who also paid for their own.

The trip included mixture of government, culture and religion and communications.

Prior to the departure Ms Rowland said "I am looking forward to visiting the world's largest democracy for the first time."

"As the Federal representative of one of the largest Indian communities in Australia, I have deep affinity with India, Its people and its culture. 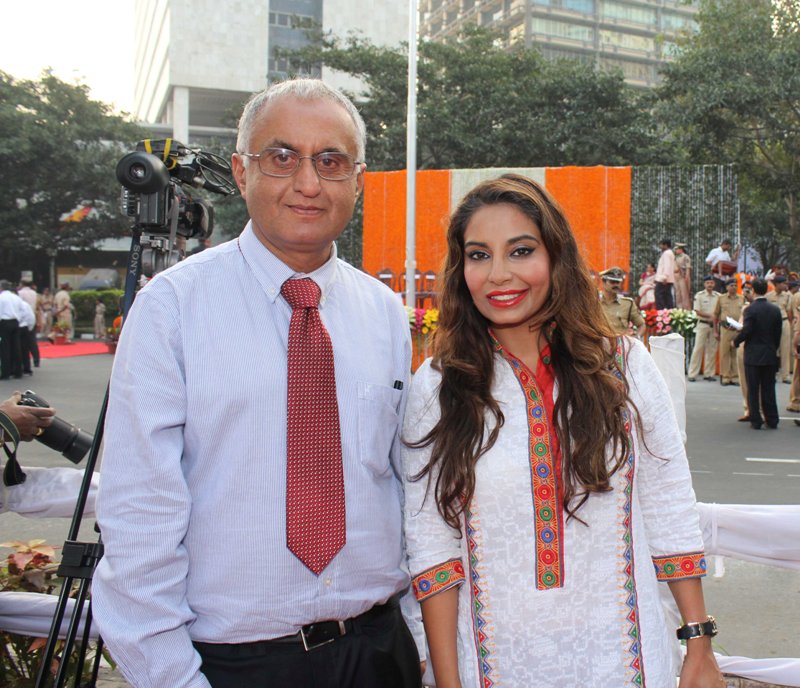 In Chennai the delegation had a lengthy meeting with Kamla Hassan winner of  both the Padma Shri and the Padma Bhushan in which he expressed his desire to visit Australia. Haasan has a record 19 Filmfare Awards in five languages; after his last award, in 2000, he wrote to the organisation requesting no further awards

Priyadarsini Govind, Director-in-charge of Kalakshetra Dance School in Chennai met the delegation and also arranged the tour of the school. Bharatanatyam and Carnatic music are part of 4 years Diploma Course and two year Post Graduate Course was undertaken by many foreigners who were training. 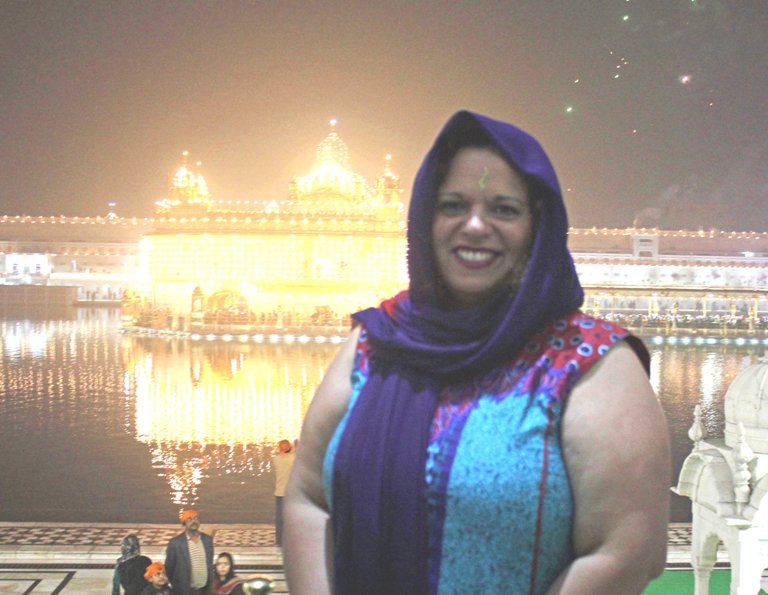 In the evening Hon Michelle Rowland addressed the Indian Australian Association. After the address Michelle Rowland accompanied by Harish Velji and Aisha Amjad visited the San Thome Church which bears a colossal amount of history since A.D. 52, the year when St. Thomas travelled to India, though the Roman Catholic basilica was built in the 16th century by the Portuguese.

Because of the heavy fog in Amritsar the plans went to little chaos not knowing when the flight would reach.

Upon arrival we departed immediately with bags to the Attari boarder. This is where theatrics' of the lowering of the flag takes place and also acts as the line of control between India and Pakistan. Whilst waiting for lowering of the flag a friendship bus took passengers from the India side to Pakistan which was very ironical.

A tour of the temple was undertaken in the midst of very heavy fog and prayers performed by the delegation. Special books on Sikhism were presented to Hon Rowland and to the rest a special orange shawl. 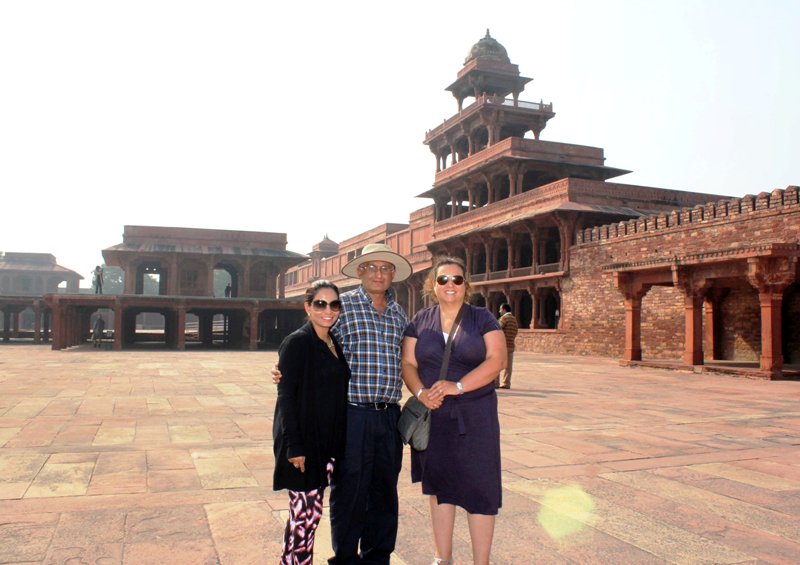 As part of the religious and cultural site visit the delegation visited Akshardham Temple also known as Swami Narayan Temple and participated in the religious ceremony. 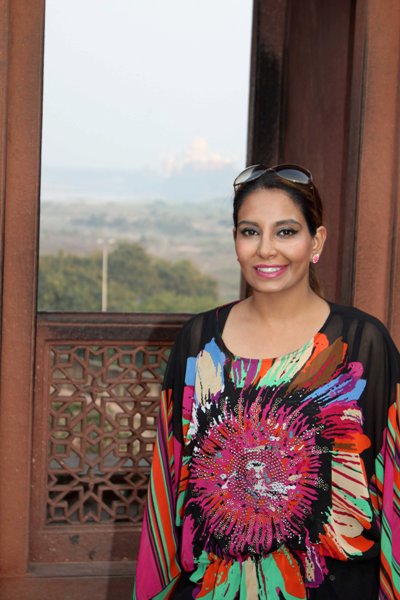 In Delhi the delegation met up with the Australian High Commissioner Patrick Suckling who gave a rundown of the current status Australia India relationship. The delegation was advised that the third round of the Uranium sales agreement  would be negotiated in Canberra at the time of publication of this article.

Later the delegation caught up with High Commissioner for Malta former Minister for Education in the Carr government Hon John Aquilina. Hon Aquilina also hosted a dinner later in the evening to honour the guests.

Ms Rowland who is specialist in communications law met up with the representative of Voldafone to be appraised about the current status of mobile spectrum auctions.

The delegation was privileged to meet up with Harsimrat Kaur Badal who  is a member of parliament for Bathinda and is the wife of Deputy Chief Minister of Punjab Sukhbir Singh Badal. Hon Michelle Rowland has great report with her as they had an extensive meeting when Ms Badal was in Australia last year.

Ms Badal discussed about girl foeticide in Punjab and urged the Punjabi people living abroad to help educate people back home on this issue.

Ms Badal took the delegation to the tour of Bangla Shaib Gurudwra and later gifted on behalf of the Gurudawra a book on Golden Temple. Ms Rowland also invited Ms Badal to tour Sydney and to tour Parklea Gurudwara.

Later that late evening the delegation met up at the residence of the Hon Rajeev Shukla Minister for State for Planning . Hon Rowland talked about various issues in view to strengthening  Australia India relationship.

After completion of the Delhi tour delegation of Michelle Rowland, Harish Velji and Aisha Amjad proceeded with their cultural tour of Taj Mahal and Agra Fort in Agra with Fathephur Sikri on the way to Jaipur. In Jaipur the delegation took a ride on the elephant to the of the Amber Fort and visited Hawa Mahal, Jantar Mantar where explanation of the ancient clock was made and ended with City Palace.

In Mumbai Ms Rowland was guest of All India Association of Industries and where the guest surprised to see Ms Rowland wearing sari. At this function Ms Rowland spoke on Australia India relationship, investment in Australia, and the current status of play with Indian community residing in Australia.

The Day ended with a meeting with Hon Suresh Shetty, Minister for Health and Protocol on the medical delivery and on the lifestyle sicknesses such as obesity, diabetes etc. 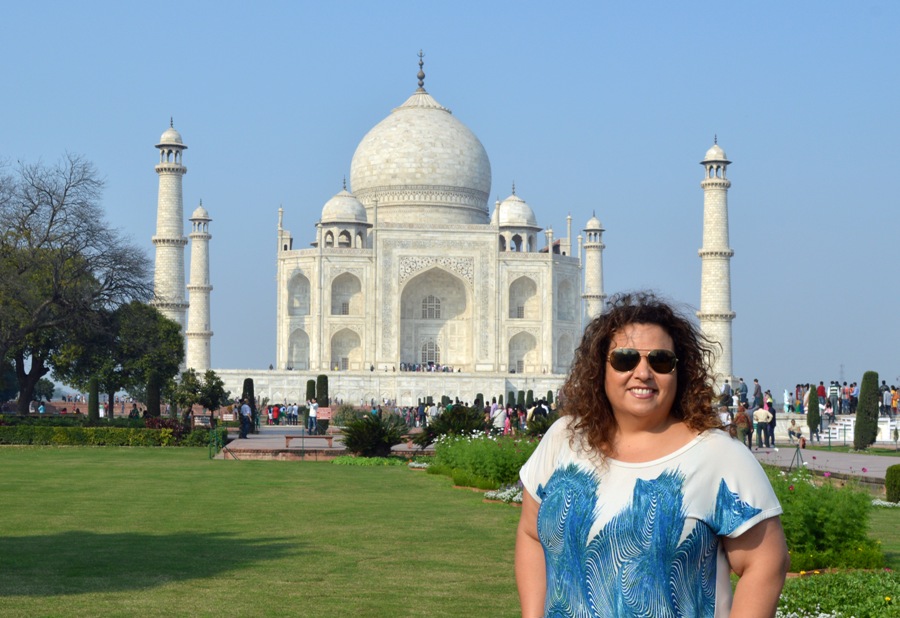 Shadow Minister for Multiculturalism and Citizenship Federal Member for Greenway Hon. Michelle Rowland ie enjoying during her tour to India