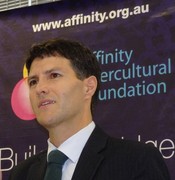 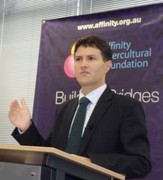 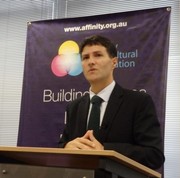 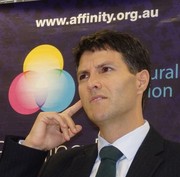 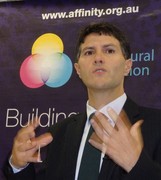 The evolution of the Muslim community in Australia was at a stage where it was ready to integrate with the wider society having established itself at the core level.

Coinciding with this readiness, Australian public’s curiosity and willingness to closely understand Muslims and their religion and culture were triggered by significant local and world events. The third reason for Affinity Intercultural Foundation’s existence is the need to develop a constructive response to negative events and to promote education in the face of misinformation and misunderstanding. 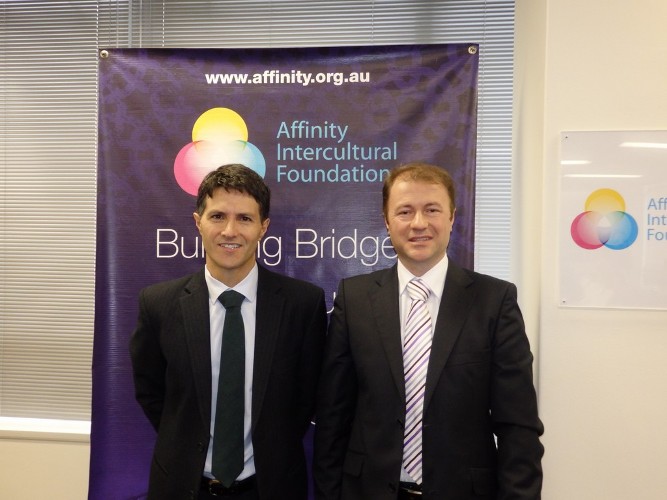 Affinity Intercultural Foundation has positioned itself at this historic crossroads of cultural and religious encounters. It is one of the few organisations established to specifically focus on relationship building between cultures and faiths. Its timely entry provided a great impetus to the positive dialogue initiatives and resulted in its fast growth in repute and membership. 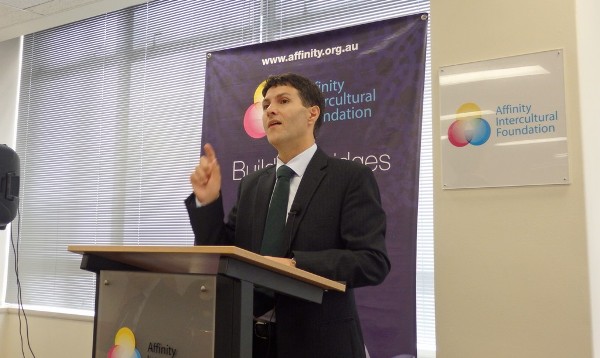 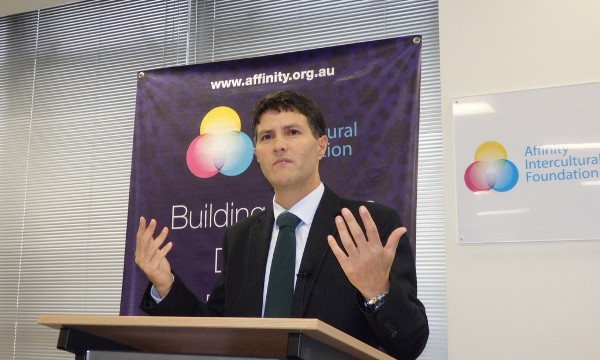 Minister Victor Dominello discussed the strengths and challenges of Multiculturalism and how we best leverage the asset of our cultural diversity as an economic dividend. Through celebrating our diversity we grow our understanding of each other while simultaneously recognising the importance of shared values in our Australian society. 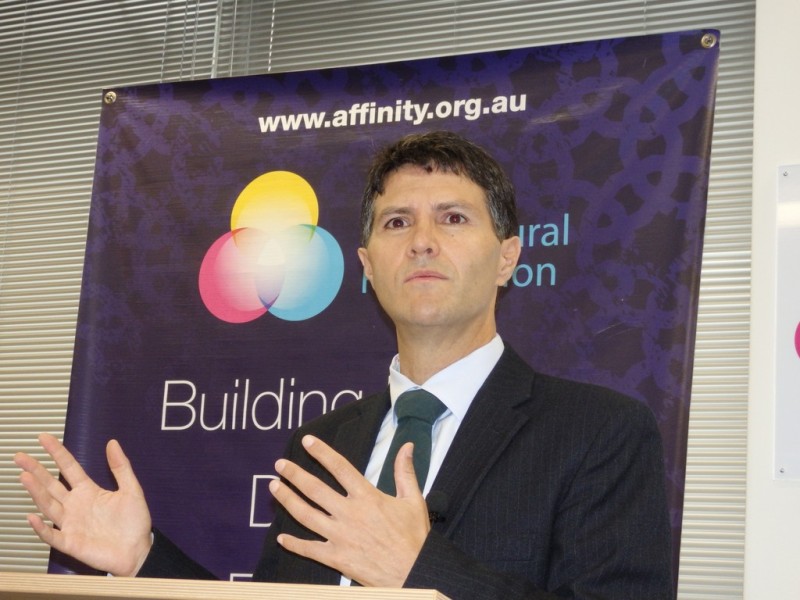 Minister Victor Dominello’s Lecture was held at the Pitt Street Sydney head office of Affinity Intercultural Foundation. Minister Victor delivered a Lecture for more than one hour and he also reply the questions from the Audience. During the discussions Hon. Victor Dominello explain the efforts of Government for promoting Multiculturalism in New South Wales. 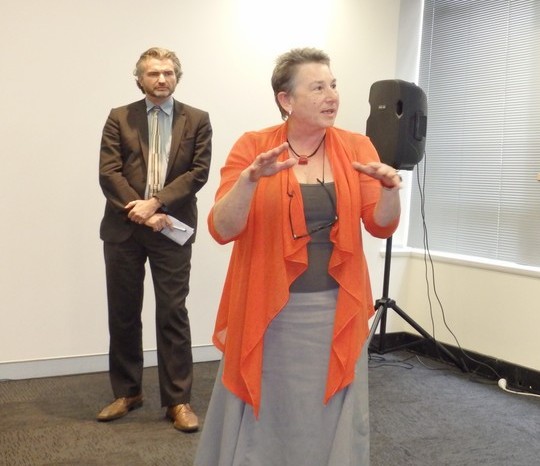 Question/Answers after the Lecture

Minister Victor said Community Relation Commission is doing their best for bringing all communities closer and in this regard, we wish to improvement in future. Hon. Victor Dominello said that I am Aussie but with the background of Italy and came to this country with my parents as a child. In Australia everyone respects other Nationalities and each person is equal, there is no room for any Racial Discrimination. 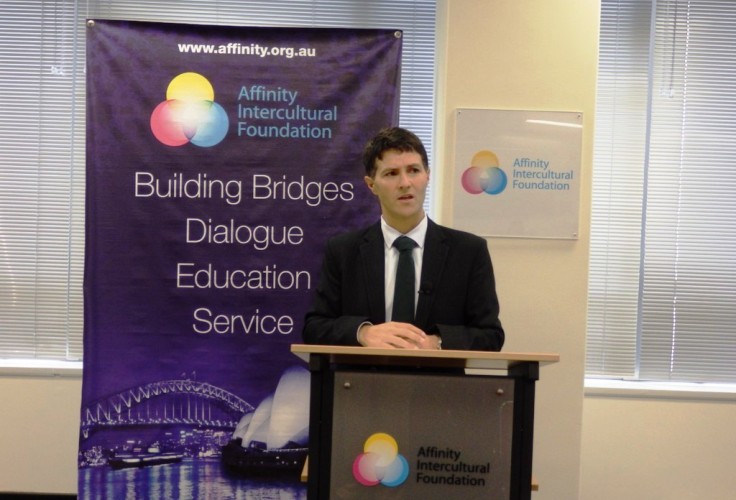 Minister of Citizenship and Communities Victor Dominello said that Government is hosting functions and awards for promote Multiculturalism and Premier Hon. Barry Robert O'Farrell MP is visiting regularly every year to India & China and Now he includes Japan and other countries in his List of future visit. Minister Victor Dominello appreciates the efforts of Affinity Intercultural Foundation and said I can say Turkish Australian community is one of the best in the state and we hope that all Migrants will respect  Australian Culture, Values and play continue positive Role for the top country of the world “Australia”. 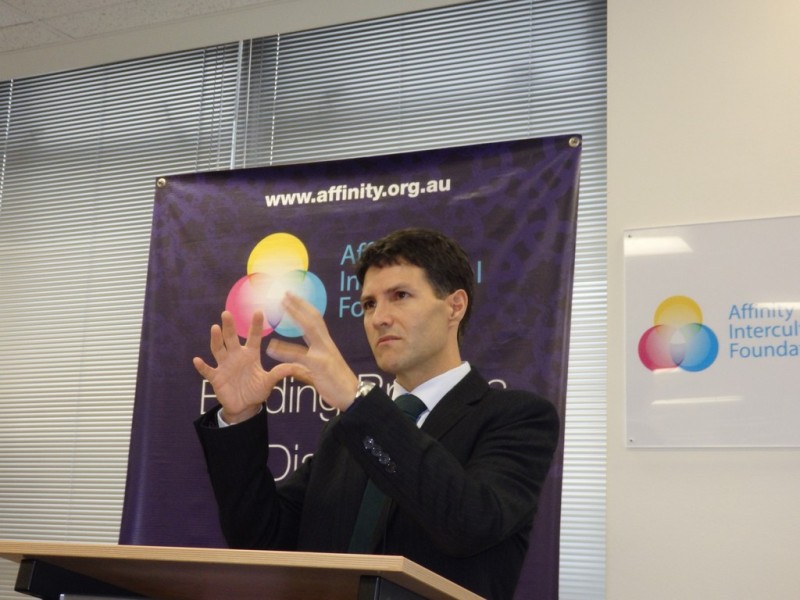 Minister Dominello will discuss the strengths and challenges of multiculturalism and how we best leverage the asset of our cultural diversity as an economic dividend. Through celebrating our diversity we grow our understanding of each other while simultaneously recognising the importance of shared values in our Australian society.

·         Appropriate that I speak to you today while we are in the middle of celebrations for Multicultural March.

·         With over a quarter of our citizens born overseas and 200 languages spoken here, we live in one of the most multicultural societies in the world.

·         Multicultural March is a time for everyone in NSW to experience new cultures and celebrate our unique diversity.

·         Celebrations will culminate on 10th April when we celebrate the Premier’s Harmony Dinner in Western Sydney. Tickets are currently on sale so make sure you secure your tickets and tables as soon as possible.

Set the scene in NSW

·         The Act recognises and values the different linguistic, religious, racial and ethnic backgrounds of all residents of NSW, and promotes equal rights and responsibilities while requiring residents to uphold our laws. It also recognises English as the common language.

·         The CRC is the peak body in NSW for multicultural affairs

·         We have a new leadership team with Hakan and Vic and will be appointing new commissioners in the coming months.

Our approach to Multiculturalism- 2 pronged approach

·         In order to create a more cohesive society we have embarked on a number of initiatives which build on our Australian identity and promote appreciation of our cultural differences.

·         The Anzac Centenary commences on 4 August 2014 and concludes 11 November 2018. This will be one of the most significant chapters in our country’s history and will enable all Australians to unite.

·         The Centenary is a commemoration not a celebration and should be owned and driven by communities at the grassroots level.

·         Every community in NSW has an Anzac story to share and multicultural communities are encouraged to engage in the Centenary. For instance a disproportionate number of Jewish Australians enlisted in the World Wars about 1000 Indian soldiers died at Gallipoli.

·         On 10 December in Smithfield I announced Joining Forces, a joint initiative between the NSW Government, Sydney Legacy and RSL NSW, which encourages multicultural communities to get involved. I was grateful that Ahmet Keskin attended this announcement.

·         Ways in which MC groups can get involved include: volunteering to sell badges for Legacy during Badge Week (in September) and poppies for RSL NSW on Remembrance Day (11 November); attending your local Anzac Day Dawn Service; and inviting local RSL and Legacy representatives to events.

·         The Anzac spirit forms a strong part of our national identity and I encourage everyone here to participate in Joining Forces.

These initiatives promote social cohesion and community harmony while simultaneously recognising the importance of shared values in our Australian society.

·         If we expect our own rights to be promoted and upheld then we must extend that to others and find ways to work with our religious and cultural differences. 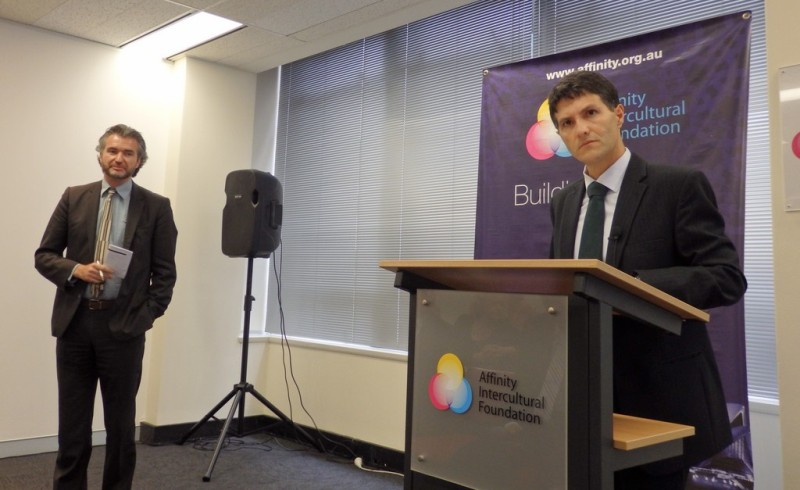 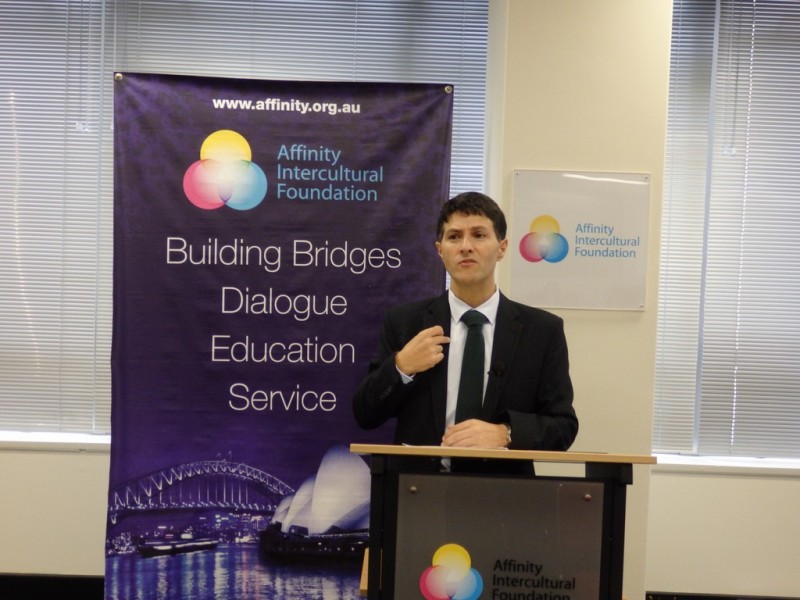 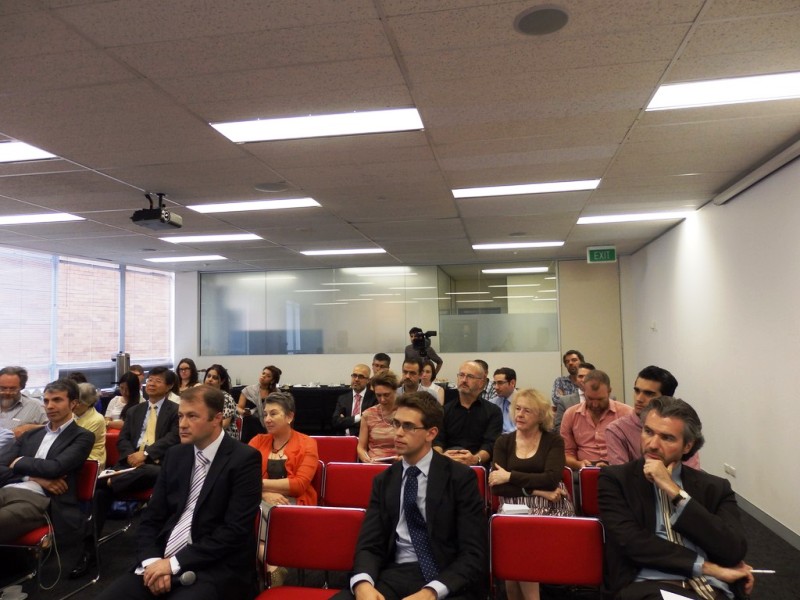 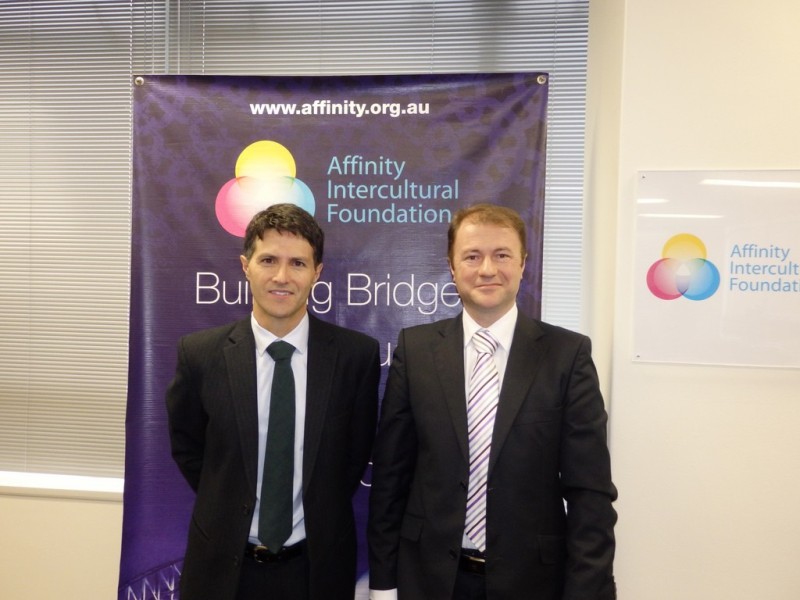 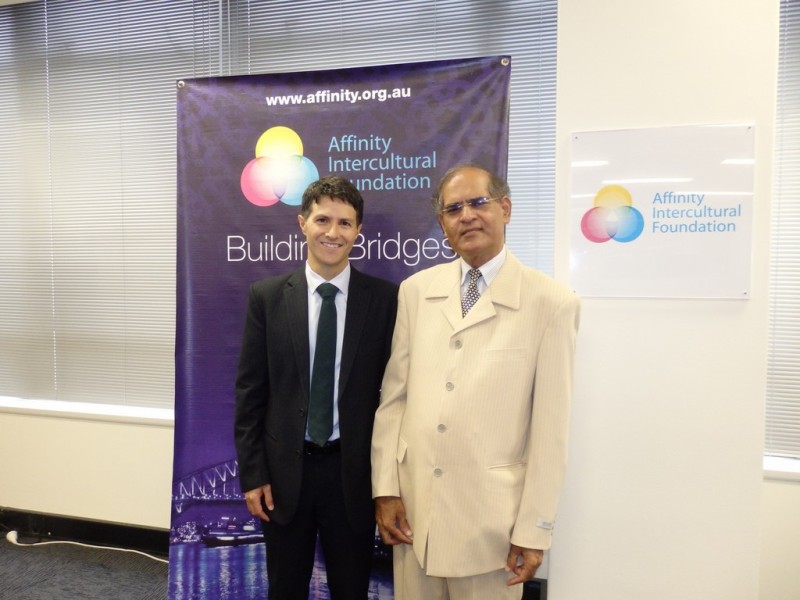 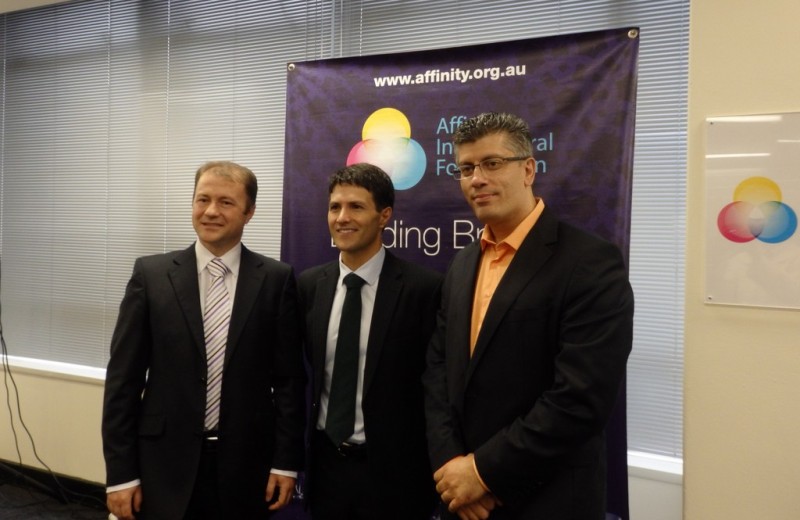 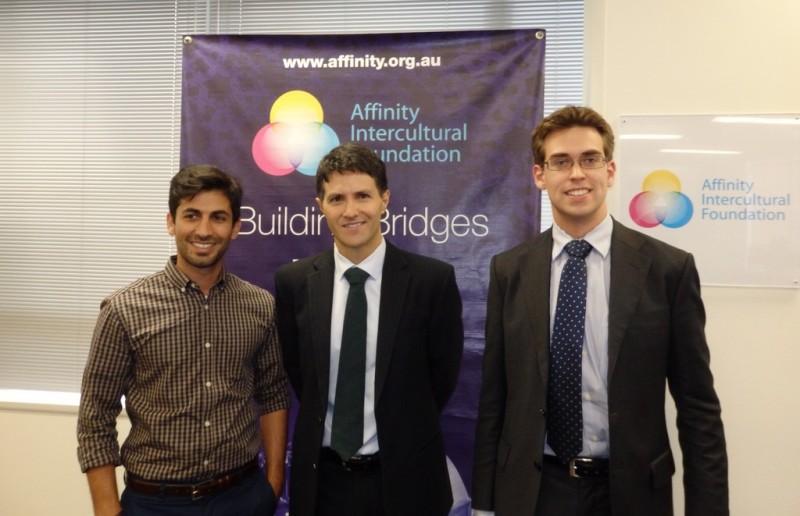 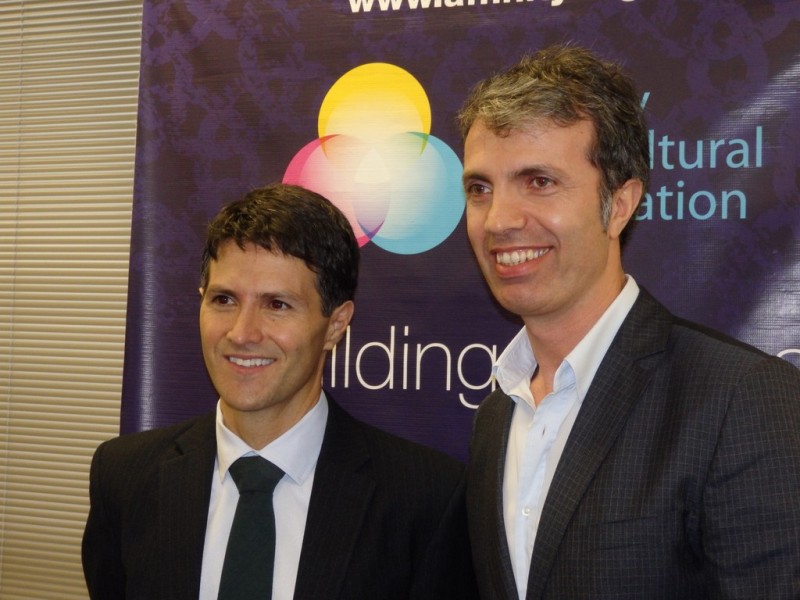 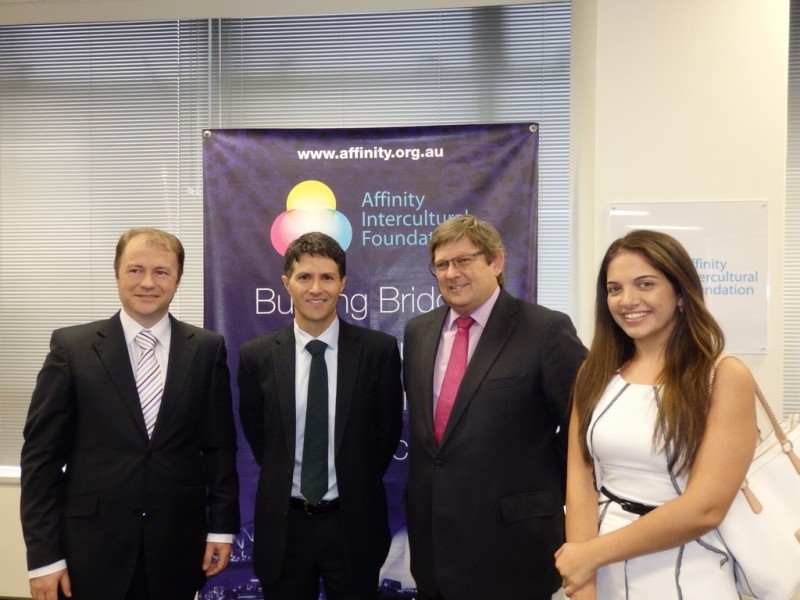