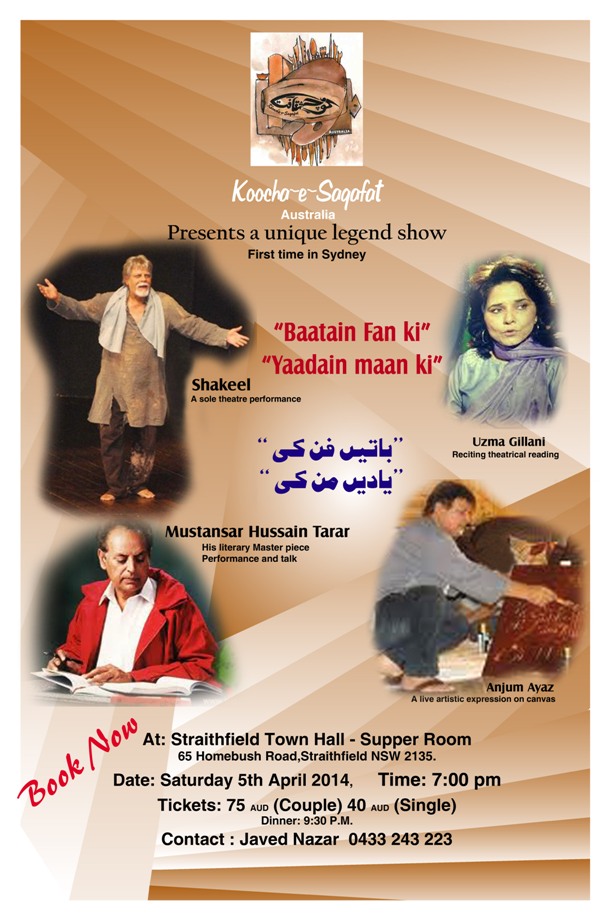 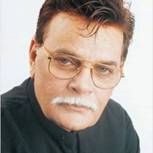 Shakeel, born as Yousuf Kamal (born 29 May 1943, Bhopal), is a Pakistani television actor best known for his roles in Uncle Urfi and Mehboob Ahmed in Aangan Terha. He has also acted in a number of local films as well as an English film, Jinnah and Traffic Serial for BBC Channel-4. He is also known for his philanthropic activities. Yusuf migrated to Karachi, Pakistan, along with his family in 1952. Young Yusuf had a flair for acting since his childhood. During his school days in Karachi, Yusuf regularly participated in the extra curricular activities. Soon after graduation, Yusuf made his presence felt in stage plays as well. Yusuf Kamal changed his name to Shakeel and debuted in the 1966 film, ‘Honehar.’ Cast included Shakeel- Waheed Murad- Rukhsana- Tarannum- Kamal Irani. For Shakeel, the film ‘Honehar,’ was a challenge he met with ferocious gusto. Shakeel’s first television play was ‘Naya Raasta,’ which was penned by Hasina Moin and telecast from Karachi television in 1971. Essentially, Shakeel is a natural actor, who applies himself earnestly as a professional duty. Karachi television presented special Eid-ul-fitr play ‘Happy Eid,’ in the 1970s. In recognition of his enormous contribution to the show business, Shakeel won the pride of performance award in 1992.

Famous writer, actor and radio/tv host.His first book was Nikley Teri Talaash Main, a travelogue of Europe published in 1971. This followed a period during which he travelled in seventeen European countries, and it led to new trend in Urdu literature. As Safar Nama. He has so far over forty titles to his credit. These span many genres, including travelogues,novels, short stories and collections of his newspaper columns and television dramas.He also became a television actor and from 1988 was for many years a host of PTV's live morning transmission Subuh Bakhair (Good Morning). His unconventional and down-to-earth style of comparing earned him great popularity among people from all circles of life. He is one of the most recognized personality among children as he spent a big part of transmission time addressing exclusively children. He called himself the cha cha jee (paternal uncle) of all Pakistani children and soon became known by this title.Tarar has been an active mountaineer for many years. and has been to the base camp of K2 and the Chitti Buoi Glacier (translated as a glacier with large crevasses). He has gained respect among the Pakistani mountaineering community.

A remarkable actress, a strong woman and a role model for many, Uzma Gillani is truly one of the most celebrated women in Pakistan. Due to her tough nature, she has played many roles of autocratic leaders and of women who have displayed a great deal of personal courage. One of these innovative roles of an Afghani refugee woman in 1981’s ‘Panah’ won her Pride of Performance Award.
During her career, she left the acting world to pursue advertising for a successful decade even after which she managed to keep her place as an actress and appeared in many dramas. Uzma Gillani is a versatile actress. She has an unmatched talent of acting she was born with. She is natural, spontaneous and talented enough to manage any kind of role that she is offered. She is one of the finest TV actors from Pakistan.

Anjum Ayaz began his career as an Actor when he started Acting in newly started Television in Pakistan.He later joined Ali Ahmed, who is a highly committed playwright and director of the group “Natak”, withhim he produced many plays.When Anjum Ayaz came to Karachi in the seventies he formed a theatre group called“CreativeWorkshop." He adopted and directed leading plays of the world and also adapted Saadat Hassan Manto’s Short Stories “Badshahat ka Khatima”, “Kali Shalwar”, “Spgamdi” and “Safar ki Taraf”.
His sculpture work is made up of stone and mixed materials for specific large size sculptures for public, beaches and gardens. His work has been exhibited in Montreal, Paris, Marseille, Tokyo, Dubai, New York, Beijing, The Hague and regularly in Pakistan for the past 30 years.

He has also participated in 25 groups and solo sculpture shows. “Sculptures by the Sea” Bondi 2007 N.S.W Australia has invited him to display his large size stone Sculpture “waiting”. Currently, he is a member of National Academy of Performing Arts (NAPA).