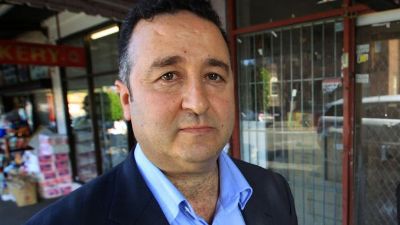 The first Muslim elected to the NSW Parliament is threatening defamation action against The Australian newspaper and reporter Sharri Markson if they do not apologise for an article branding his comments racist.

Lawyers for Labor MLC Shaoquett Moselmane have written to Markson and the newspaper's editor-in-chief, Paul Whittaker, demanding an apology over a comment piece published on Tuesday.

In it, Markson attacked a 2013 speech by Mr Moselmane speech in the NSW Parliament which criticised reporting by reporters at The Australian on the Israel-Palestine conflict.

The speech also slammed "the power of a political lobby group that is cancerous and malicious and seeks to deny, misinform and scaremonger."

Sharri Markson of The Australian has accused Mr Moselmane of "anti-Semitic sentiment".

The headline on a longer piece published online was "ALP's anti-Semitic views behind push for trip ban".

The articles followed news of a push by the Labor Friends of Palestine at next week's ALP state conference to ban MPs and ALP officials from accepting trips to Israel subsidised by pro-Israel lobby groups. Mr Moselmane supports the proposed ban.

The legal letters claim the articles are "seriously defamatory" and impute Mr Moselmane is a racist, is anti-Semitic and has described Jewish groups as "malicious" and "cancerous".

The letters state that while Mr Moselmane opposes some Israeli policies and actions of some groups which lobby on its behalf, "his views in this regard are entirely free of any prejudice against or ill-feeling towards Jews or any other ethnic or religious group".

In the letter to Whittaker, Mr Moselmane's lawyers suggest it is "extremely difficult to believe that an experienced journalist such as Ms Markson could have conflated what Mr Moselmane said with racism or anti-Semitism, other than as the result of deliberate malice".

They are demanding a written apology from Markson and an apology in the print edition of The Australian and on its website.

The Australian's managing editor, Helen Trinca, said: "Mr Moselmane's complaint has been received and is being handled in accordance with our standard procedures. Any response will be made through the appropriate channels."

We have known the Honourable Shaoquett Moselmane MLC for a long time and he is nothing but a decent human being. So it came to us as a shock to read in the Australian newspaper as written by journalist Ms Sharri Markson that Mr Moselmane is anti-Semitic and racist.

In our view, Ms Markson’s comment was clearly calculated to cause Mr Moselmane maximum damage to his reputation not only in the public eye but more so in the eyes of his Labor colleagues and members of the ALP who are about to vote at their State Conference Sydney on issues of Palestine, the ill treatment of Palestinians and the Illegal Israeli Settlements.

It’s a real shame if ones right to speak is silenced with such racist slurs and threats of being labelled anti-Semitic and racist.