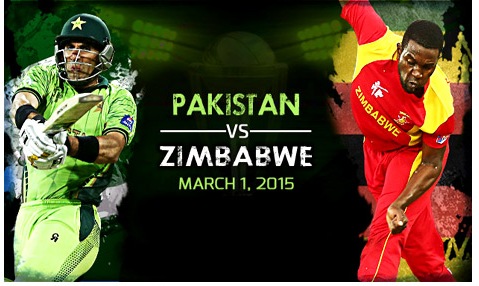 A lot of Pakistani’s travelled to Brisbane from Adelaide, Sydney, Melbourne, Canberra, Perth, Hobart, Newcastle and Wollongong to enjoy the match against Zimbabwe. Everyone was happy with the Pakistan Cricket Team's victory over Zimbabwe. "Chaca Cricket" Gareeb Nawaz flew in from Chicago to watch Pakistan's Matches in this World Cup. 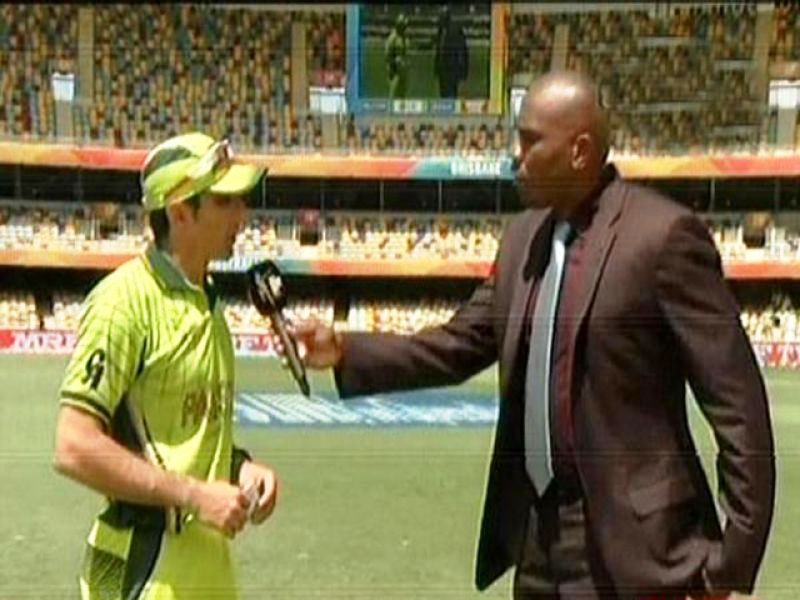 Mohammad Irfan extracted steep bounce from the Gabba pitch to pick up four wickets as Pakistan secured their first victory at the World Cup by beating Zimbabwe by 20 runs in their Pool B Match on Sunday, 01 March 2015.Wahab Riaz also excelled with both bat and ball, scoring a crucial half-century and taking four wickets, as Zimbabwe were all out for 215 in the 50th over, chasing Pakistan’s 235-7. It was Pakistan captain Misbah-ul-Haq’s patient 73 and a quick-fire unbeaten 54 from Riaz that gave the team, looking for their first win after defeats to India and West Indies, a total to defend after losing early wickets to paceman Tendai Chatara. 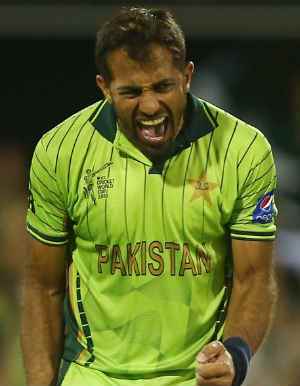 Zimbabwe openers Chamu Chibhabha (nine) and Sikandar Raza (eight) also found the going tough as both failed to manage rising balls from Irfan, who stands a lofty 2.16 metres (7-foot-1-inch) tall. The left-armer returned in his later spells to also dismiss Hamilton Masakadza (29) and Solomon Mire (eight) to bag his best figures of 4-30 in ODI cricket. Brendan Taylor (50) gave the Africans a good platform for the chase with a 52-run stand for the third wicket with Masakadza and then a 54-run partnership with Sean Williams (33) but his dismissal off Riaz brought Pakistan back in the game. 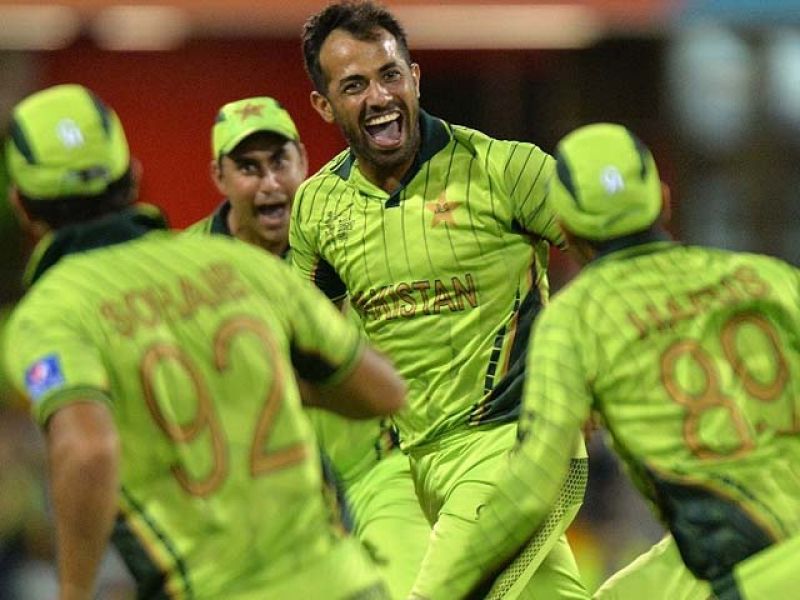 Riaz (4-45) then picked up Craig Ervine (14) and Tawanda Mupariwa (zero) in the space of three deliveries in his eighth over to put the chase beyond Zimbabwe’s reach. Earlier, Chatara (3-35) got ample movement and bounce off the surface to send back openers Nasir Jamshed (1) and Ahmed Shehzad (0) in his first two overs after Misbah had won the toss and opted to bat. We hope that Pak team will improve their skills to win the next 3 important matches to qualify for the quarter finals and then continue their journey towards a victorious stand. 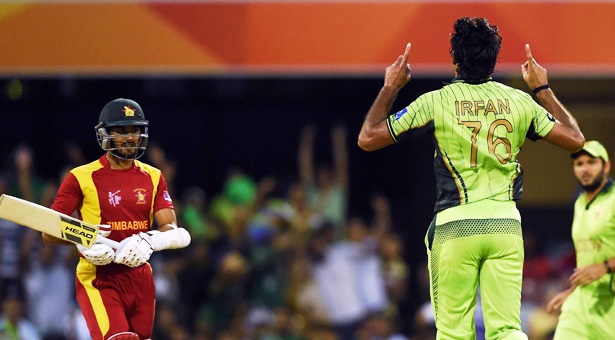 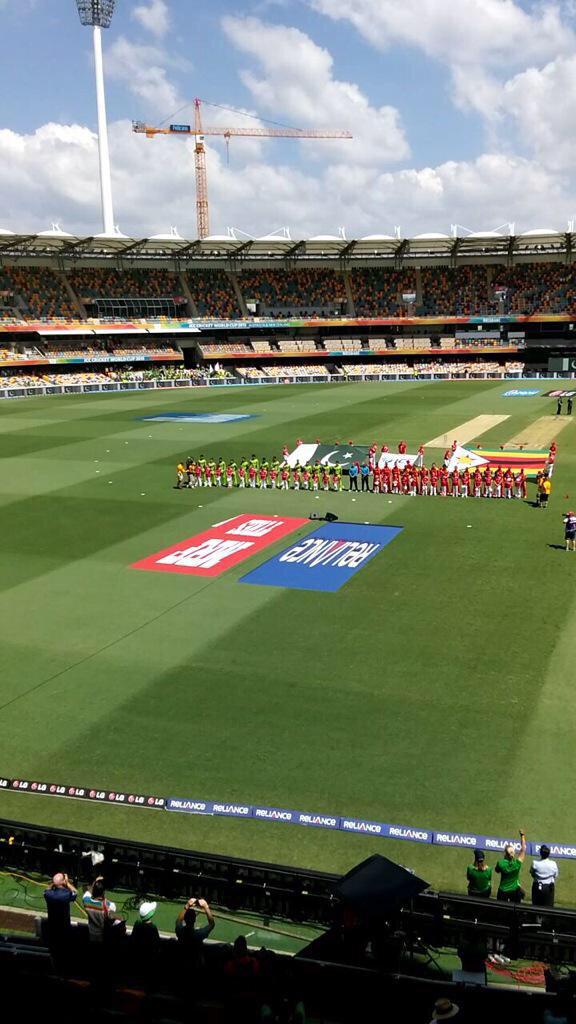 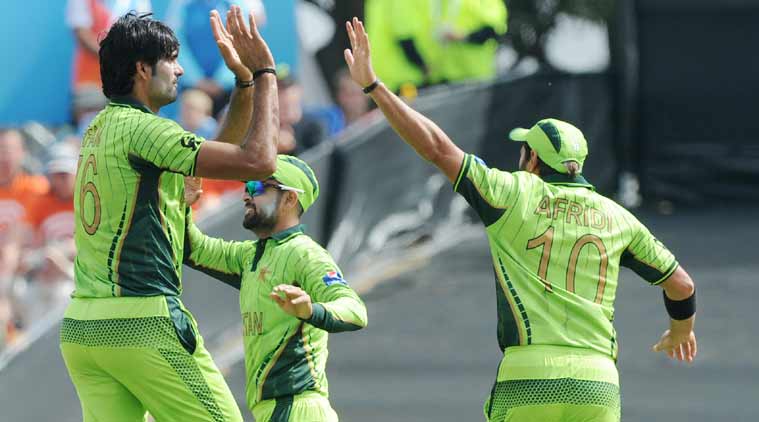 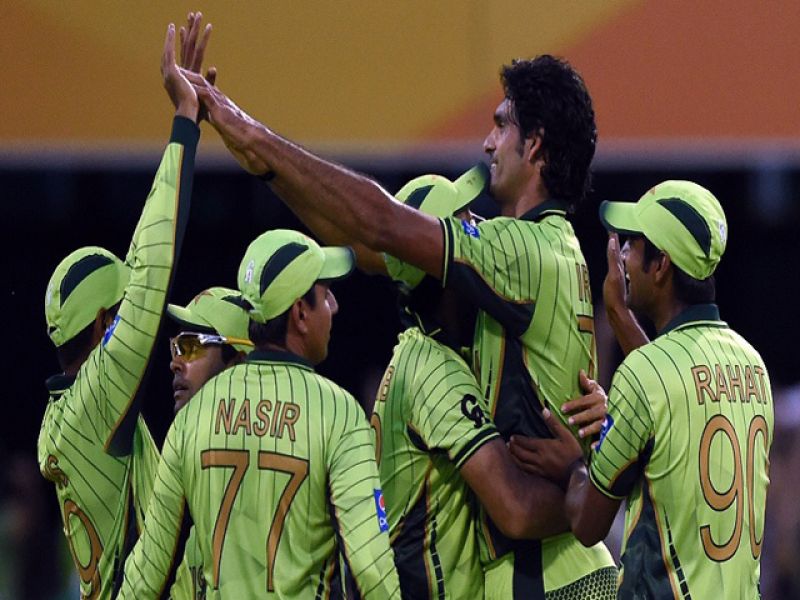