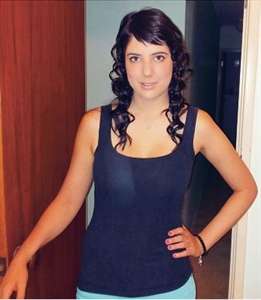 "HILLARYS" of Western Australia's resident Lauren Menegola (23) has been fighting an aggressive form of blood cancer for the past 19 months, hoping someone, somewhere will be able to save her life.When she was diagnosed with acute myeloid leukaemia, she found it hard to believe.

“I had just started a new job working as a travel agent, I was going out with my boyfriend Rhys and with my friends each weekend – life was great,” she said.

“I kept telling myself that they made a mistake – you hear of this happening on the news all the time but I never thought that it would happen to me.

“Due to the aggressive nature of the disease, I started chemotherapy a few days later.” 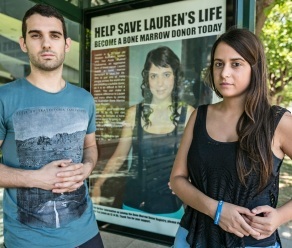 Lauren has undergone six rounds of chemotherapy and a double umbilical cord blood stem cell transplant, but now she has reached the last resort treatment.

“I need a bone marrow transplant otherwise the leukaemia, which has become resistant to the chemotherapy, will keep coming back,” Lauren said.

“A bone marrow transplant is the only possible treatment for me – it can save my life.”

Lauren’s rare tissue type means a match has not been found from |the 180,000 bone marrow donors in Australia or the 17-18 million donors worldwide.

But Lauren hasn’t given up.

“Waiting is the hardest part but I have to cling to hope, otherwise I have nothing,” she said.

While Lauren is desperate to find a match, she urges anyone aged 18 to 45 to register to become a bone marrow donor, so that everyone on the transplant list will have a better chance of finding a match.

“I want people to register, not just for me, but for all the other people and children in the world that are in the same position.

“People need to know that usually, donating bone marrow it is as easy as giving a regular blood donation and they don’t need to have a general anaesthetic.

“It’s hard being in a position where there’s nothing you or your family can do to help you – where your whole life depends on someone, someone you’ve never met, to come forward.

“Bone marrow transplants can save lives but they need to find the closest match to do a transplant otherwise there are too many risks and side effects.”

She said if a match was found, the majority (90-95 per cent) of donors could have the blood stem cells (bone marrow) collected from the blood stream.

“Some donors say it’s actually quite a boring process, but that’s not to say what they’re doing isn’t very important,” Ms Witt said.

She said the majority of patients that cannot find a donor match are from an ethnic group, so there was an even greater need for non-Caucasian donors to register. 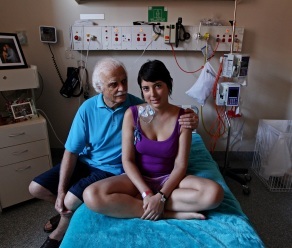