Prime Minister of Pakistan Muhammad Nawaz Sharif said that Pakistan and Australia need to undertake serious efforts to open up new vistas and avenues for enhanced trade between the two countries. He was talking to Australian High Commissioner Peter Heyward who called on him at the PM house Islamabad.

PM Muhammad Nawaz Sharif  said bilateral trade between the two countries has been growing steadily over the past few years, however pointed that the trade volume still remains far below its true potential. He said Pakistan would like to welcome more Australian corporate entities to consider investment opportunities in its oil and gas, mining, power generation in hydro, thermal and renewable energy fields and agro-based industry.

PM Nawaz Sharif said people of Pakistan were grateful to the Government and people of Australia for acknowledging Pakistan’s human and economic sacrifices in its struggle to counter terrorism. The Special Assistant to PM Tariq Fatmi was also present during the meeting. 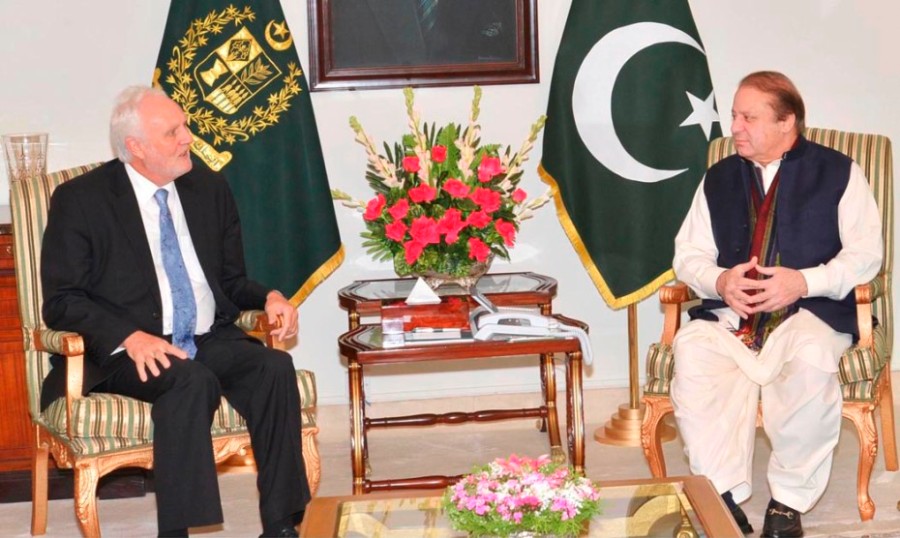