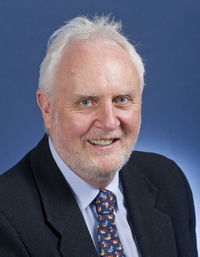 Warm congratulations to Sada-e-Watan on the 10th anniversary of its online news service, a principal source of information and support for the Pakistan-Australia partnership and for the Pakistani-Australian community. In particular the anniversary is an occasion for the many Sada-e-Watan readers to recognise and thank Editor-in-Chief Syed Zafar Hussain for his 10 years of independent, voluntary work in maintaining the service, faithfully covering the life and times of Pakistani-Australia.

Mr Zafar is a familiar presence at almost every community event with his camera, recording all for the benefit of the wider network whether elsewhere in Australia, in Pakistan, or even further afield. Sincere thanks Zafar for the last 10 years and all the best for the next 10!