Peaceful Protest in Sydney for condemnation to the Israeli Government for its brutal attack against the innocent children, women and men of Palestine

More than 25,000 people demonstrated in Australian capital cities over the weekend—in Sydney, Melbourne, Canberra and Adelaide—condemning Israel’s war of aggression against Lebanon. The largest protest saw more than 15,000 gather at Sydney’s Town Hall, joining the crowds who rallied over the weekend in London, Paris, Warsaw, Tel Aviv and other major cities.

In Sydney, home to the largest Lebanese population in Australia, demonstrators assembled outside Town Hall after a last-minute change of venue forced by “anti-terror” exercises that closed down the city rail network on Saturday morning. Entire families filled the Town Hall forecourt and kept arriving well after midday.

Many protestors carried handmade placards. “They kill our children, demolish our homes and call us terrorists,” 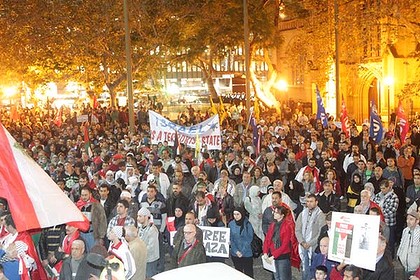 On Sunday, 13th July 2014, Palestine, Aran and Australian Citizens arranged a protest at Town Hall Sydney. It was very successful and Over 15000 peaceful protestors attended. The Protest was well attended by a cross section of the Australian community. The message was loud and clear to stop the war, stop the Israeli brutality on innocent civilians. Stop the bloodshed and the in-proportionate and vicious attack on a population. The images of death and destruction are horrendous. 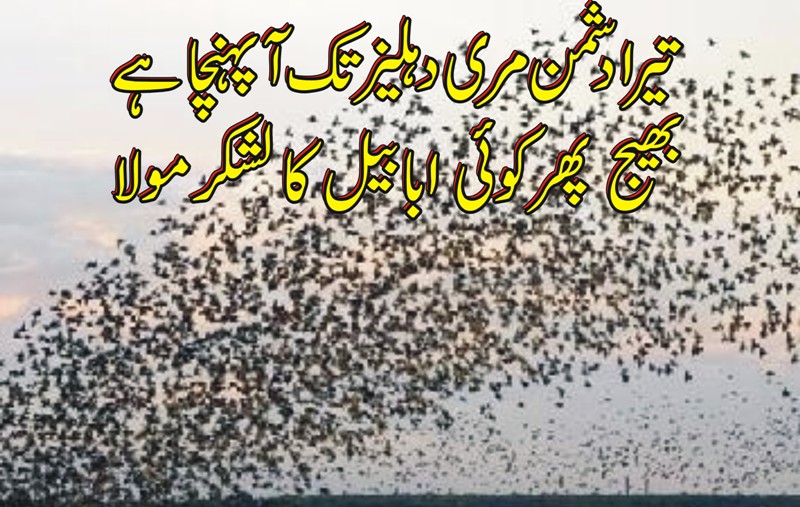 It is a policy intended to cause significant death and maximum destruction. All wars must be condemned .Enough Palestinian suffering, 70 years has lapsed and Palestinian is almost gone. Shame on the international community that has failed to take proper and effective measure to stop the conflict and for their failure to make any impact on the Israeli oppression of a population and the suffering of the Palestinian people in Gaza.

Shame on those Arab Leadership who can but have failed to take effective measures to stop the bloody onslaught on innocent civilians. All killing must be stopped. A just and peaceful solution to the Palestinian question must be urgently addressed and fairly resolved. 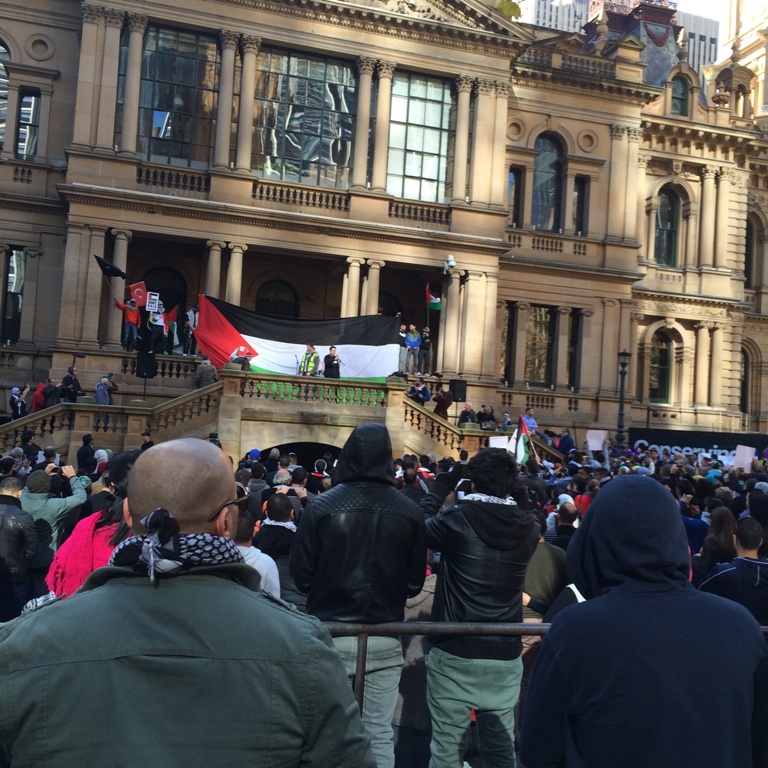 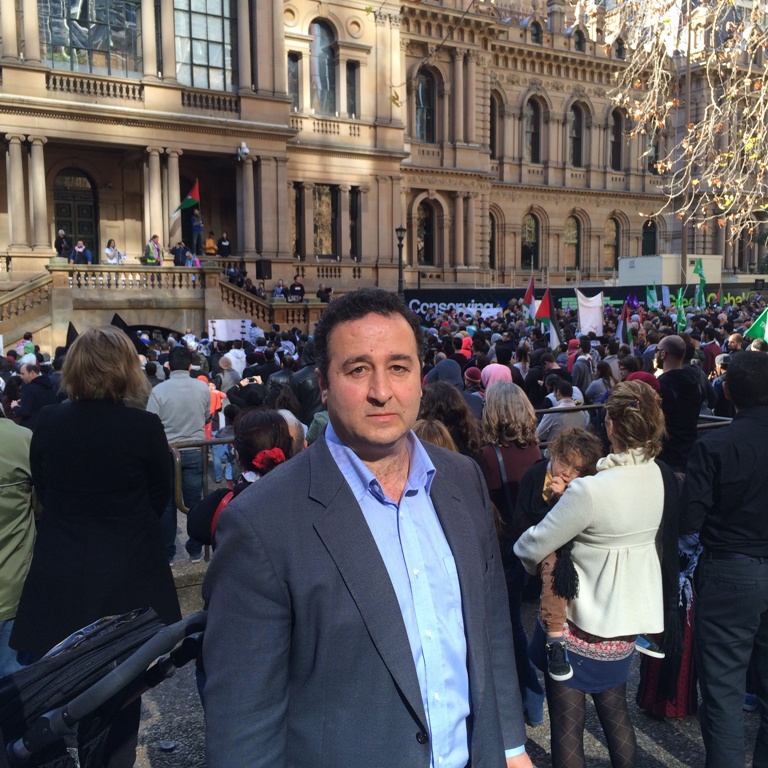