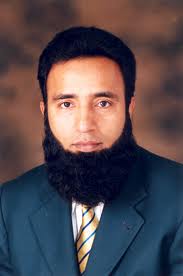 Saeed Anwar was born on 6th September 1968 in Karachi. He is a former Pakistani opening batsman and occasional Slow left arm orthodox bowler who played international cricket between 1989 and 2003. He played 55 Test matches scoring 4052 with the help of eleven centuries, averaged 45.52. In 247 One Day Internationals (ODIs). He made 8824 runs at the average of 39.21. He made twenty centuries in ODIs which are more than any other Pakistani batsmen in this format.

Anwar participated in three Cricket World Cups, and captained Pakistan in seven Tests and 11 ODIs. In August 2003, he announced his retirement from International cricket.

Anwar got educated from Government Degree Science College, Malir Cantt Karachi and graduated in Computer system engineer from NED University of Engineering and Technology. His father was a businessman and a club cricketer, while his brother played Under-19 cricket. Anwar married to his cousin in 1996 and had a daughter who died in 2001, aged three.

He announced his retirement from International cricket on 15 August 2003.Anwar is now involved in preaching of Islam along Tablighi Jamaat.

Saeed Anwar is in Sydney since 2 weeks. He will deliver a Lecture at Campbell town Masjid on Friday 28th Feb after Maghreb 7:45. All Gents are requested to attend. Saeed Answer’s Lecture duration will be 60 Minutes.
Address: 10 Kingsclare Street, Leumeah Sydney NSW 2560
Parking: Please Park your Car on Rudd Road and Leumeah Railway Station Commuter Parking. 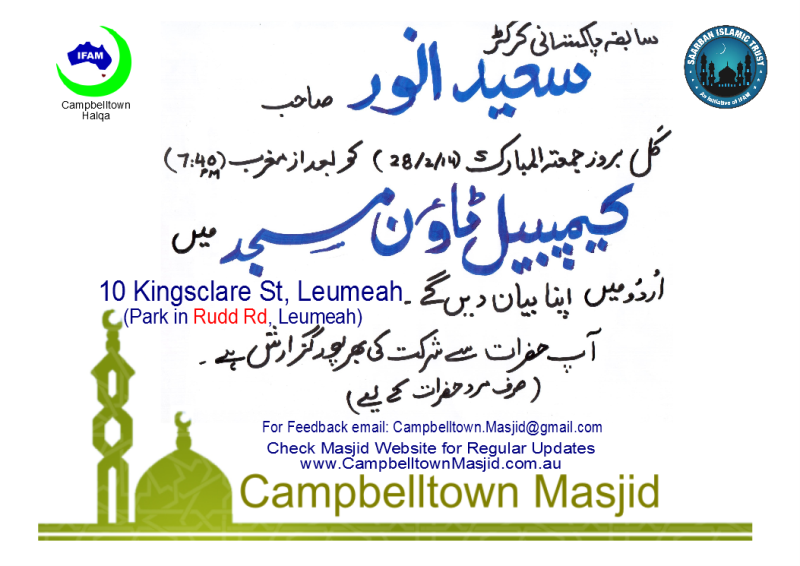