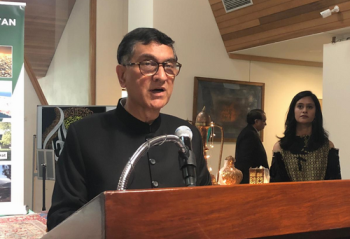 On Tuesday, 23rd March 2021,to commemorate ‘Pakistan Day’ a reception was hosted at the Pakistan High Commission Canberra . The Chief of Protocol Ian McConville from the 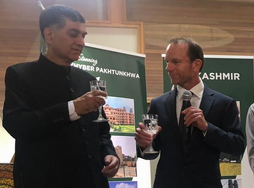 The High Commissioner Babar Amin in his remarks highlighted the significance of the day. He stated that on 23 March, the historic ‘Lahore Resolution’ was passed which brought together the Muslims of sub-continent to start a courageous struggle for independence which culminated in creation of Pakistan. 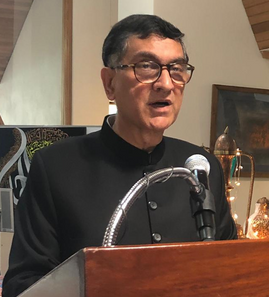 The High Commissioner Babar Amin H.E. Mr. Babar Amin added that Pakistan was focused on a transformational concept centred around socio-economic prosperity. He highlighted the three pillars of Prime Minister Imran Khan’s vision based on economic development; regional and trans-regional connectivity; and peace within our borders. He stated that the foreign policy of Pakistan was in line with the aspiration of the founding father Quaid-e-Azam of ‘peace within and without.”

The High Commissioner Babar Amin also highlighted the close and friendly relations between Pakistan and Australia. He commended the role of Pakistani Diaspora in Australia which was contributing to the socio-economic development and projection of soft image of Pakistan.

The High Commissioner Mr. Babar Amin also highlighted the grave human rights situation in Indian Illegally Occupied Jammu and Kashmir (IIOJK) which had reached unprecedented levels since 5 August 2019. He stated that the Indian Security Forces were involved in extra judicial killings, enforced disappearances, torture, crimes against women. He called upon the international community to play its role in preventing the deteriorating human rights situation in IIOJK.

The High Commission H.E. Babar Amin also arranged a Pakistani Islamic Calligraphy exhibition at the reception. The reception included folk dances by Pakistani youth and a dress show by Pakistani children showcasing traditional and day-to-day Pakistani clothes. The Australian Military band played Pakistani National songs at the event which were greatly appreciated by the guests. 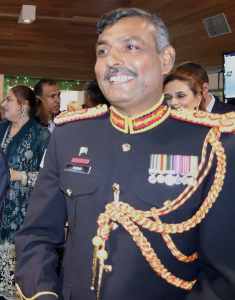 The reception was attended by Australian parliamentarians, officials, dignitaries, diplomats, think tank scholars, and members of Pakistani Diaspora. Traditional Pakistani dinner and refreshments were also served at the event. 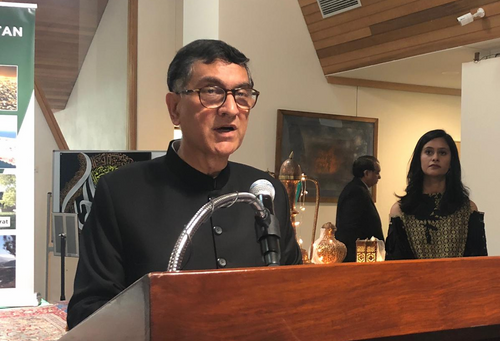 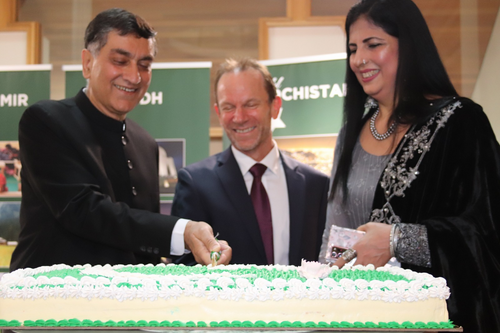 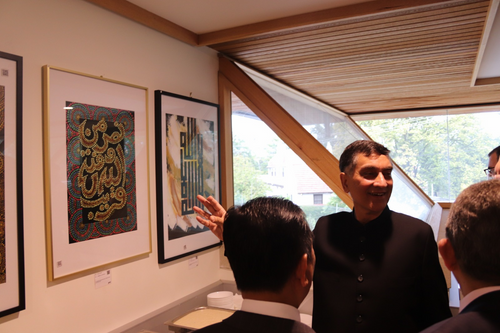 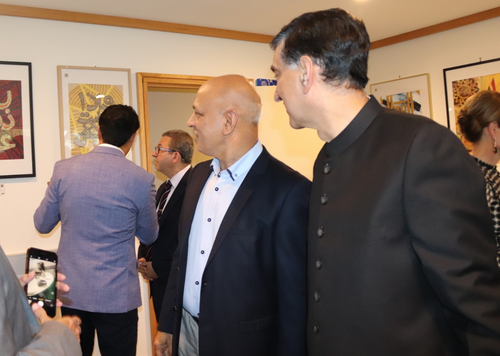 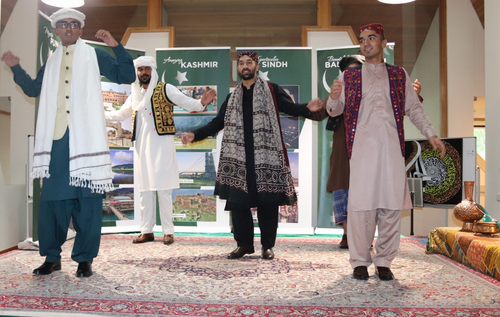 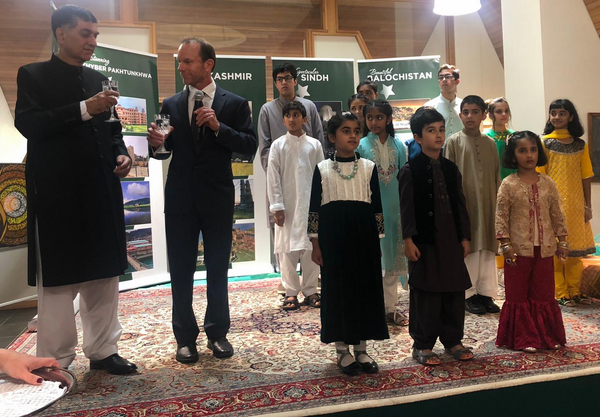 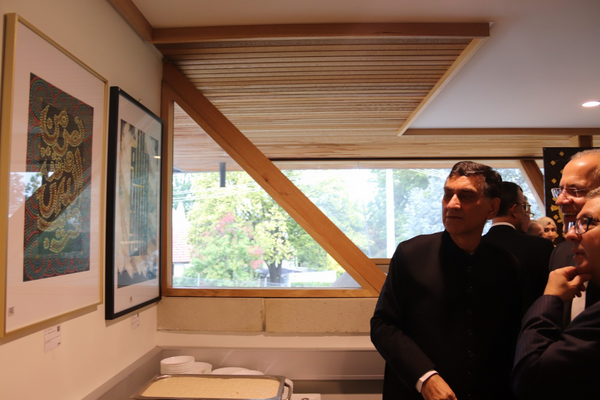 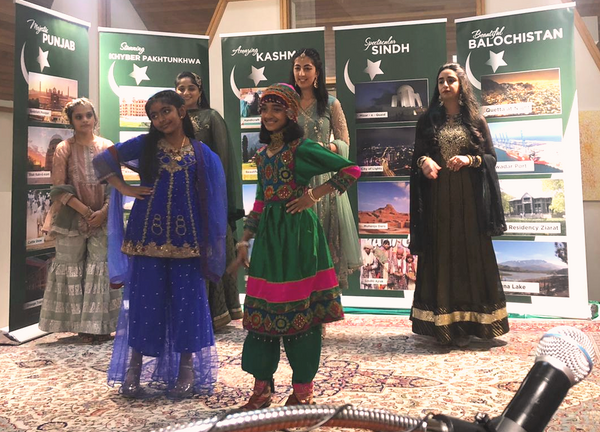 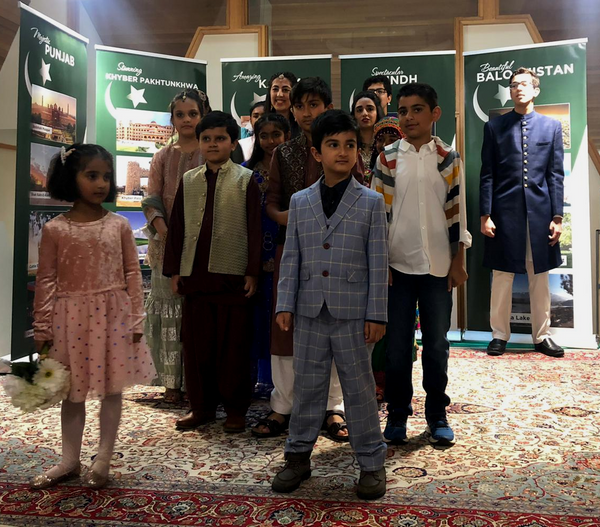 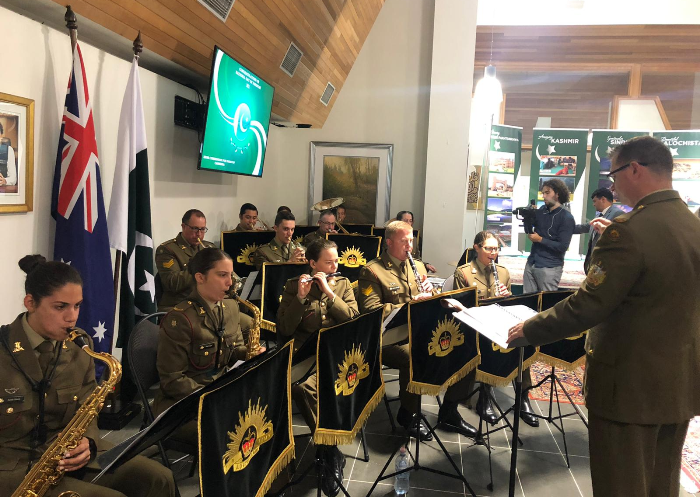 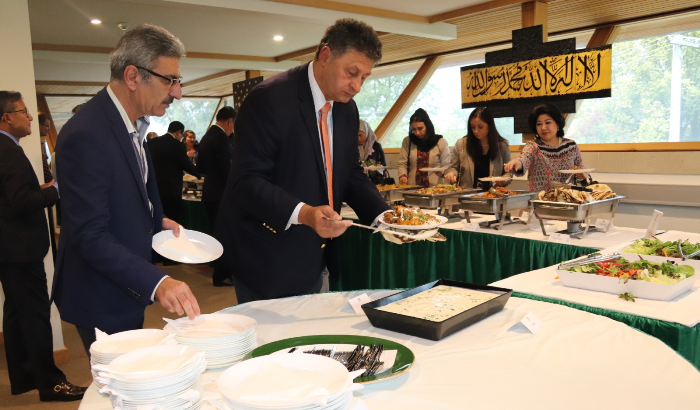 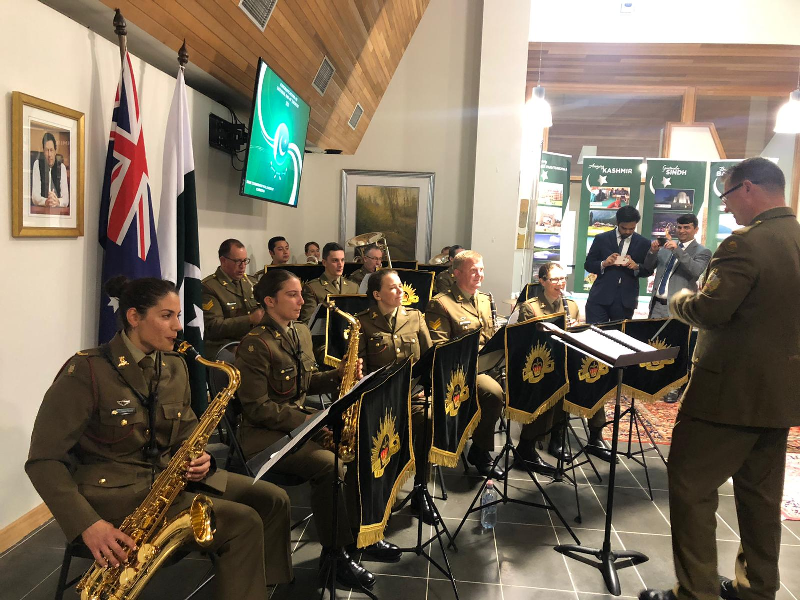 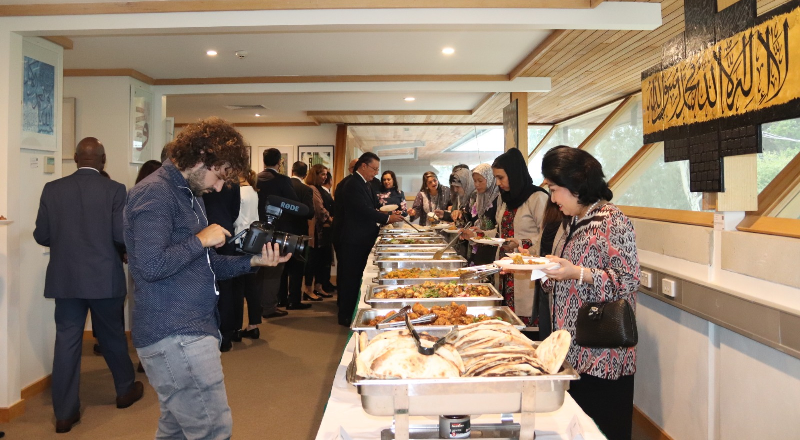