Mr. Zahid Minhas Producer and founder of Dosti Multicultural Arts, established 2004.The Dosti Show has hosted many personalities. The Dosti Show was included in the Sydney Morning Herald as well as The Daily Telegraph in its regular TV guide section (You can view the show on Youtube)

Another proud and important product of Dosti Multicultural Art’s is our Radio Dosti on 88.5FM Radio 2RRR hosted by
Zahid Minhas every Saturday 3:00 – 4:00pm

Our aim is to promote peace and harmony through Music and Media…!

During the last 5 years, Radio Dosti has become heavily involved in promoting Sufi Music such as Tahir Hussain Qawwal and Ensemble, organizing Musical events in Sydney, Melbourne, Byron Bay, Brisbane and New Zealand, also just launched an new band
Sufi Rock Band Rabt and supports many local Artists, his dream moving forward is to host a Sufi Music Event each year in Sydney, his aim is to promote peace and harmony through spirituality and he has also been very active in promoting harmony throughout and between the Indian sub-continent Community also we are also involved as a Media Partner with Sada-e-Watan Sydney, Chand Raat Eid Festival, The RFAK Show and the Pakistani Cinema with their latest movie ‘Yalghar’.

Our Dosti shows and events have had a dynamic effect in the community and we constantly receive huge support and commendations, we have definitely become well known and respected in the Australian Multicultural Community. 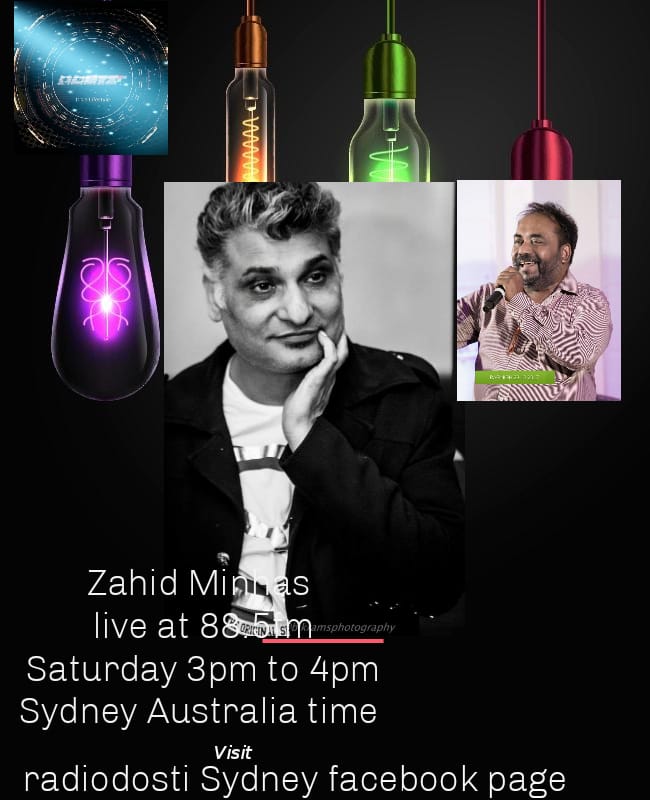 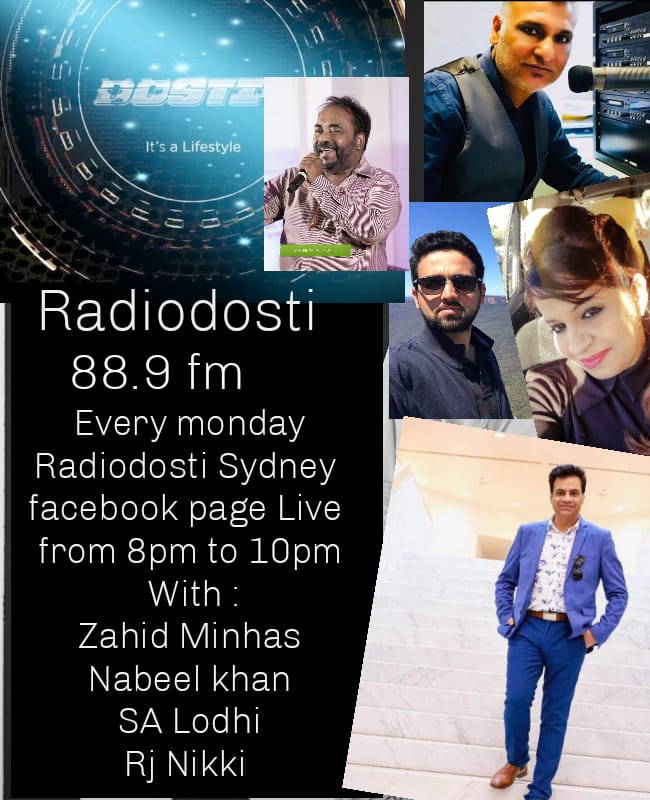