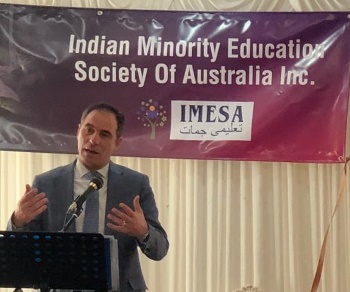 A charitable body named 'Indian Minority Education Society of Australia Incorporated' (IMESA), aiming to promote education among under privileged Muslims of India, has been launched in Sydney through a ribbon cutting ceremony by NSW MP and Shadow Minister for Education Hon Jihad Dib on Sunday 12 August, 2018 . A receptive audience filled the function centre of Himalaya restaurant in Rockdale to its capacity, appreciated the concept and applauded the speakers. The Mission statement of IMESA is "Financial hardship should not be a hindrance to the education and progress of Muslim children in India." 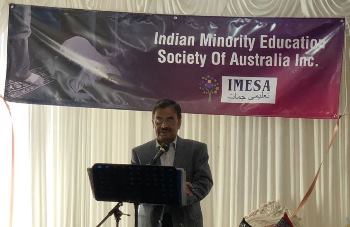 Mr Zahid Jamil of IMESA gave a detailed power point presentation explaining the issues, the concept and the components of the programme. He quoted Quranic verses and hadiths to emphasize the importance of education in Islam. The audience were moved by verses such as "Elevated status is accorded to those who seek, possess, teach and act upon knowledge. Dismiss any thought of equality between those who know and those who do not" (39:9)" and hadiths such as "The ink of the scholar is more holy than the blood of martyrs". Describing the socio-economic condition of Indian Muslims as alarming, he presented the statistical data of high rate of illiteracy among Muslims and their very poor representation in higher education, professional and prestigious jobs. On the other hand, these poverty stricken Muslims have very high proportion in menial labouring jobs such as rikshaw pullers and farm labours and their children work as child labour in people's homes, at roadside tea stalls and handicraft factories.

The project undertaken by IMESA is called "Taleemi Jamaat" meaning a volunteering team engaged in promoting education. The pilot project is being run in North Indian town of Saharanpur for past few years by an Indian charity 'Faith Social and Education Welfare Society' and IMESA now aims to expand the programme in villages, towns and cities across India. 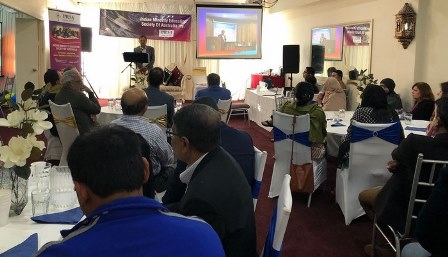 The important components of the project include i) School admission campaign : to encourage the parents of socially and financially disadvantaged families to send their children to school. ii) School Retention Campaign : to minimise the high dropout rates of poor children in primary and secondary classes. iii) Evening Libraries to provide local children academic environment for after school hours study which is generally not available at their homes as well as extra tutoring iv) coordination with Muslim schools to improve academic results and more. 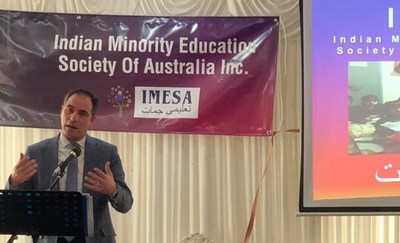 The scheme will provide financial assistance to the families to replace income of their labouring child and extra money to pay for school fee, uniforms, books etc. Extra financial support is needed to meet expenses of running evening liabraries such as paying the supervisory teachers, rent the premises and buy furniture, computers and books.

NSW MP Hon Jihad Dib, Shadow Minister for Education was moved by the presentation and shared his own story of experiences in his early life and how he transformed Punchbowl High School into a disciplined school during his tenure as the principal of the school. He emphsized the need of educational environment at homes and without such an environment, children will not progress even in a country like Australia, describing it as the best country on the earth.

The programme commenced with a Hamd by Mr Wasim, MC Mrs Shaheen Firdouse shared her own interest in educational empowerment, the audience were also entertained by humorous poetry by Sydney poet Shuja Atif and enjoyed the South Asian cuisine in refreshment.

Hon Julia Finn, MP sent a congratulatory message and applauded the initiative of educating less well of Muslim children in India. Hon Shaoquett Moslemane, MLC, though was unable to attend due to other commitments, sent his best wishes for the programme.
Please visit websites imesa.org.au and taleemijamaat.org to learn more about the programme and how you can help financially the Indian Muslim children or start the programme in your own town back home. 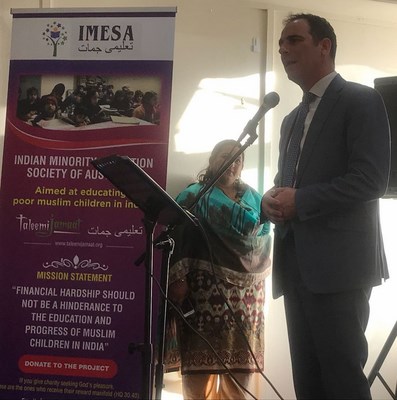 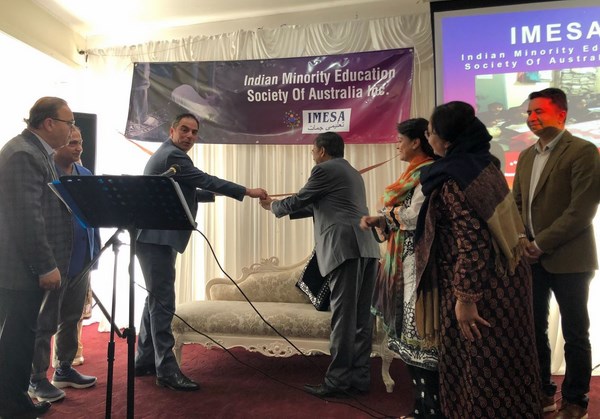 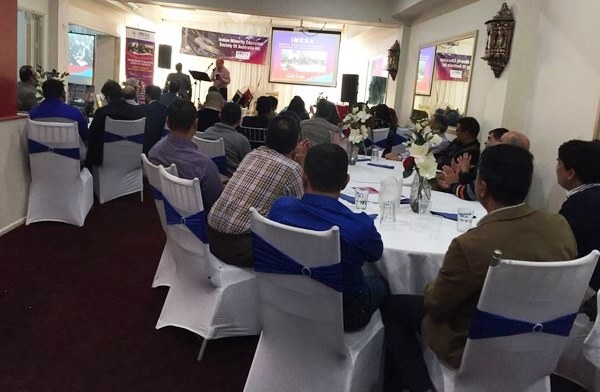 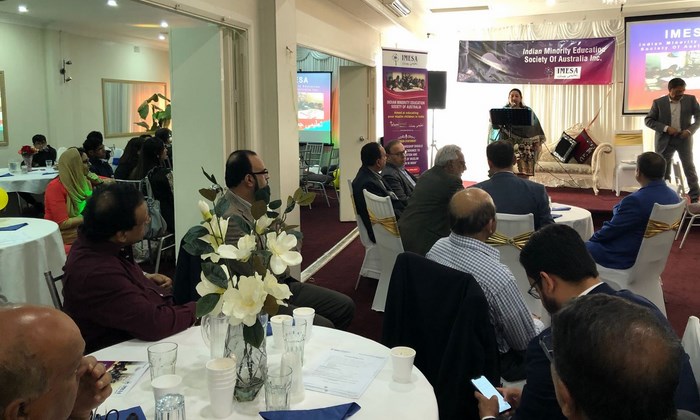 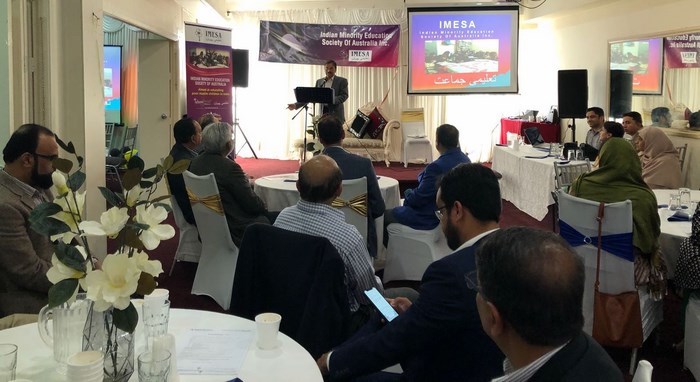 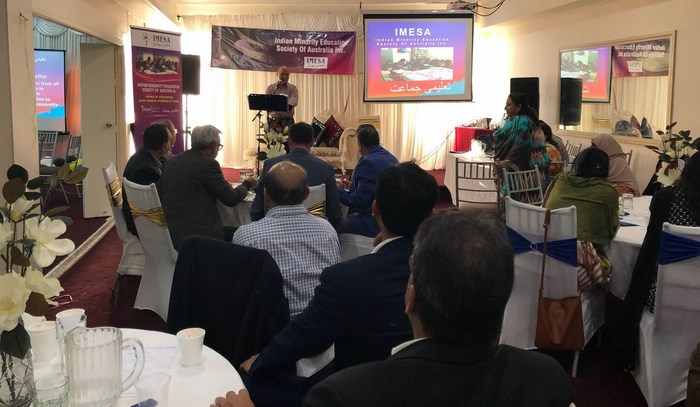 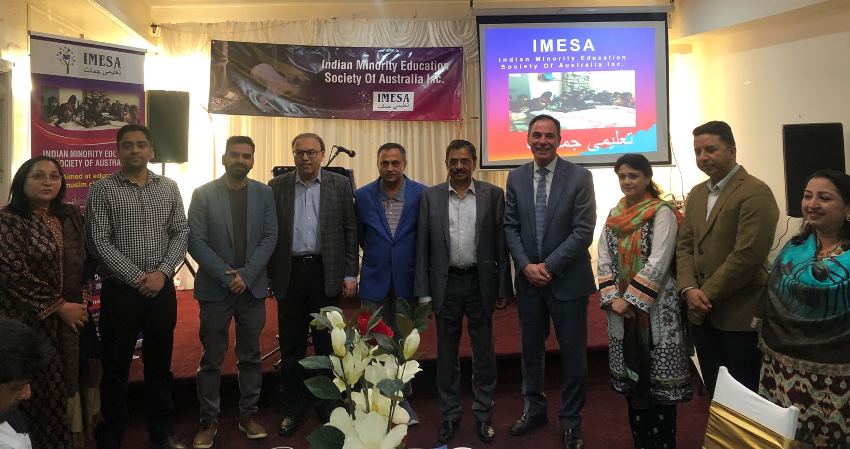