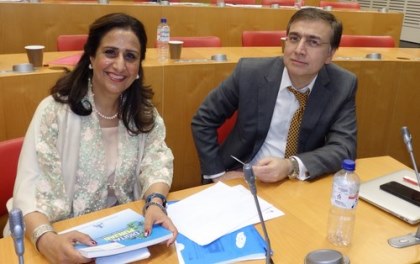 Dr. Moeed Pirzada, Senior TV Anchor & Editor Strategic Affairs, Dunya News was key note speaker at Pakistan Summit at University of Sydney, Australia. His presentation was "How World has seen Pakistan since Panama Case". He was also invited to join in the News Hour of Australian Broadcasting Corporation (ABC) discussing the possible impact of US President s decision to cut off Pakistan s military aid. 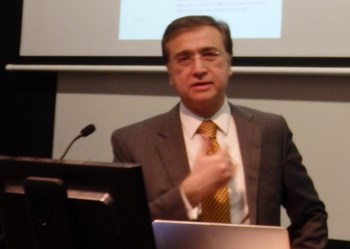 A One day conference was organized by South Asia Center at the top Australian University and Dr. Pirzada s speech was followed by presentations by 10 doctoral candidates from the schools of international relations and politics. Previously Sharmeen Obaid Chinoy, Oscar winning documentary maker and Gen. Ehsan ul Haq, Ex-Chairman Joint Chief of Staff have been key note speakers in earlier conferences. Sitaram Yetchuri, Head of the Communist Party of India was also a Key Note speaker in 2016. 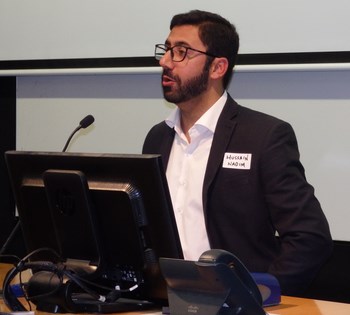 Pakistan Summit was kick started by brief introductions by the organizer, Hussain Nadim, who has been one of the founders of the South Asian Center and is just completing his doctoral work at the University of Sydney. He was previously at Oxford, UK and Georgetown university, Washington. 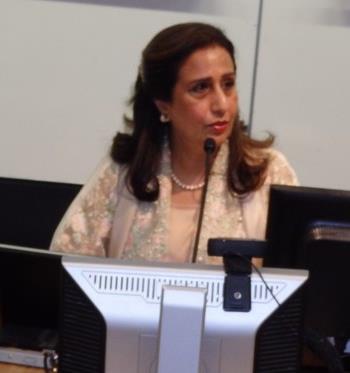 Pakistan s High Commissioner to Australia, H.E. Naila Chohan also talked at the summit; she explained Pakistan s economic performance and challenges to a mixed gathering of students and academics. 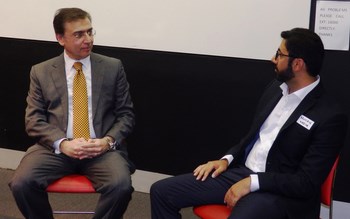 Most students in attendance were doctoral candidates at different universities. Participants remained engaged with Dr. Pirzada on his concept of "International Relations Lens", he had argued that how world understands any country depends upon the "lens" media and think tank apply to see that country and Pakistan is mostly understood through what he called is "India Lens".

Also amongst the distinguished line-up were Professor Farah Naz, a NUST alumni and now amongst the academic staff at the University of Sydney. She spoke at length about the challenges of militancy and radicalization in Pakistan and their counter measures. She highlighted the military s role in eradicating terrorism from Pakistan s tribal areas and the woes that Pakistan still faces. 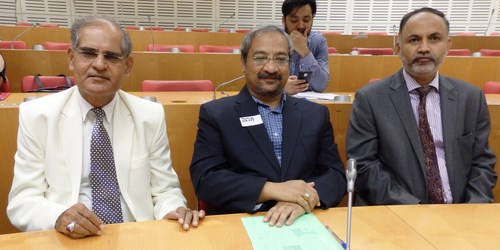 Professor Naz was followed by Professors Mujib Abid and Chris Watterson, both of whom spoke extensively on delicate international issues. Professor Abid threwlight to the role of the US in Afghanistan and consequently Pakistan and Professor Watterson reflected upon "The 70 years of Accession: Does Pakistan still need Kashmir?".

The second session of the conference went along "the future of domestic stability". Dr. Zahid Shahab Ahmed of the Deaken University initiated the discussion and was followed by Mr. Qamar Abbas Jafri of RMIT. Sana Ashraf of Australian National University highlighted the perils of how Blasphemy laws have been politicized in Pakistan. 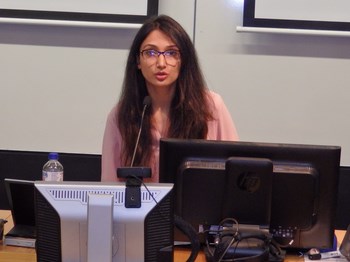 MC of the Event 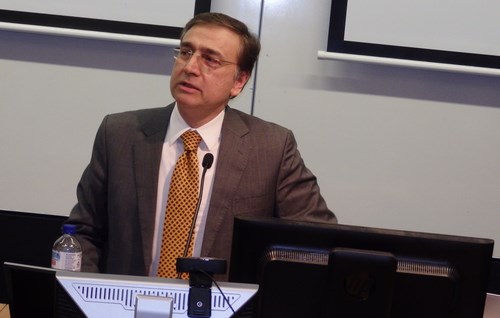 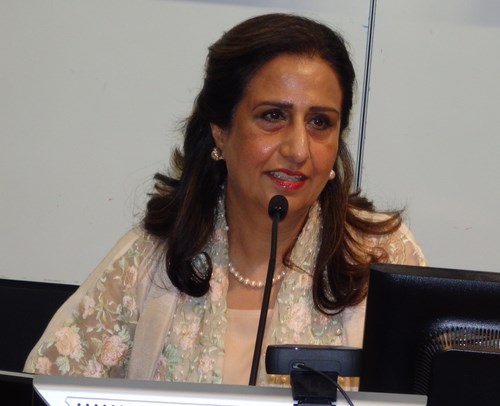 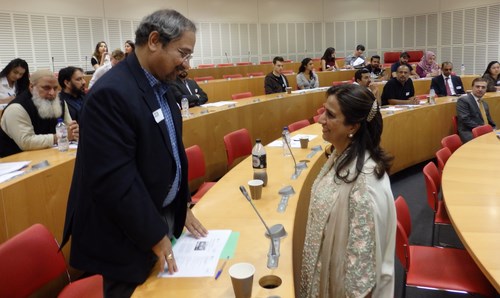 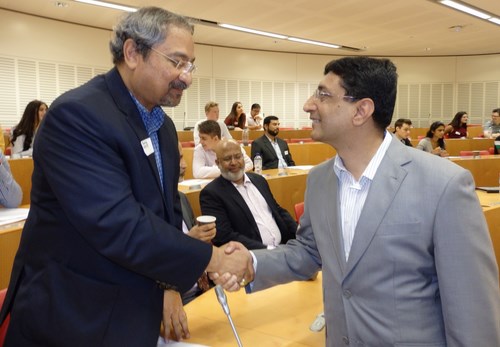 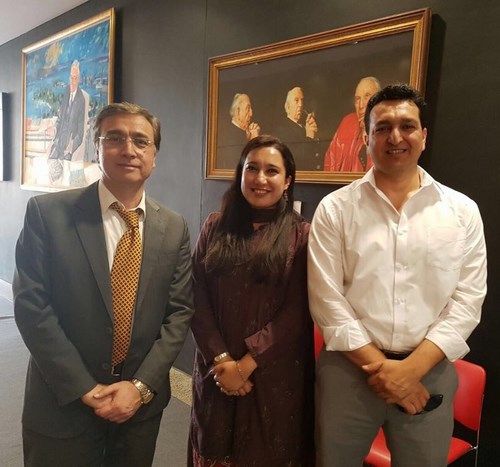 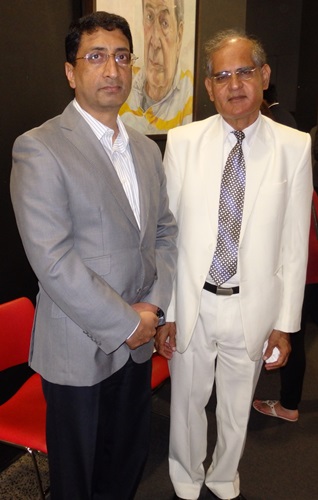 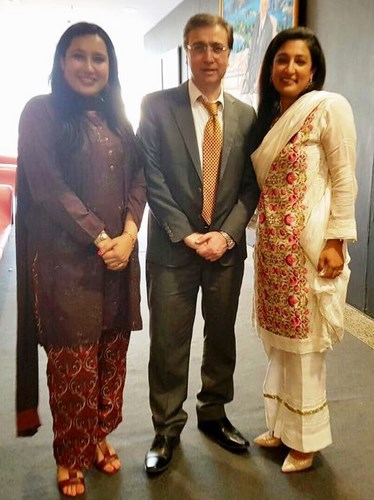 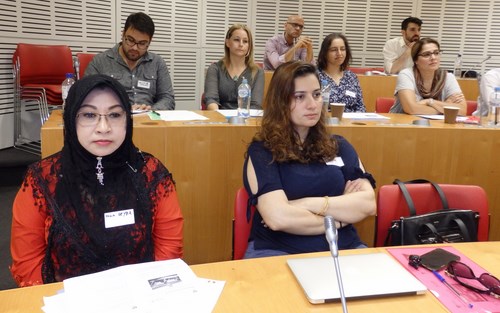 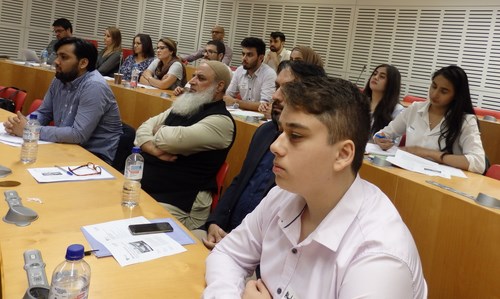 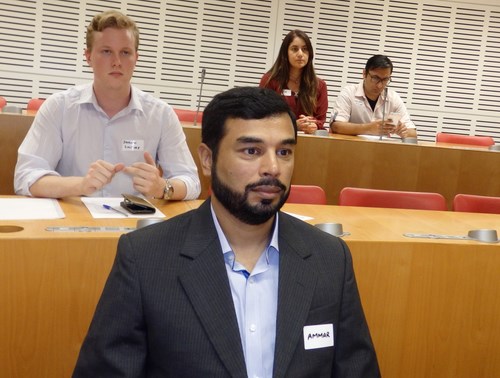 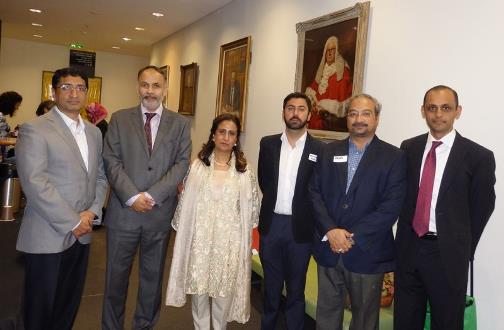 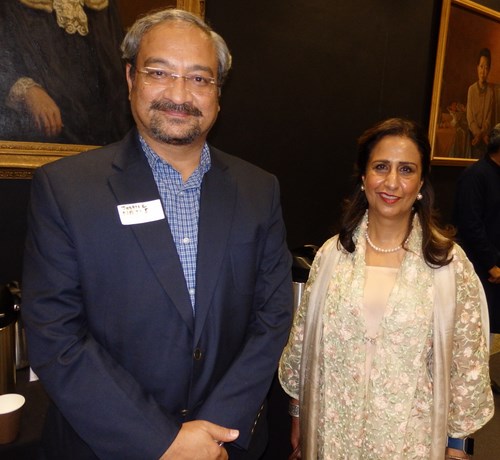 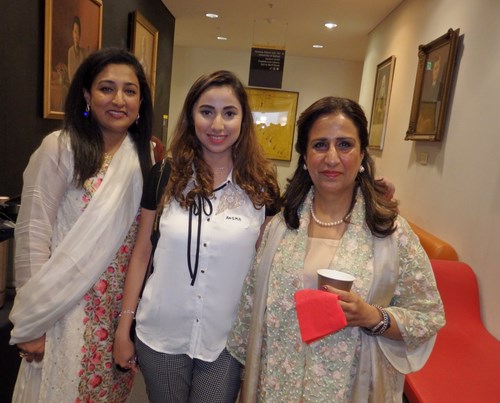 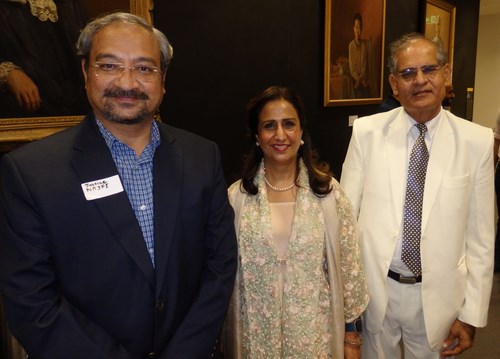 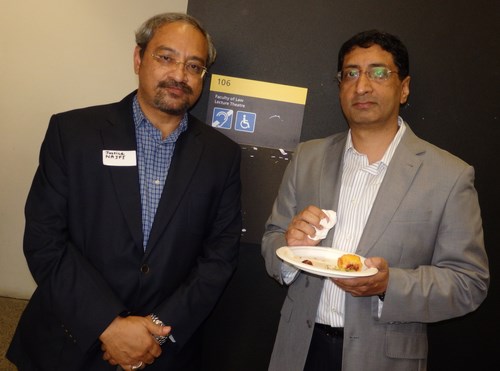 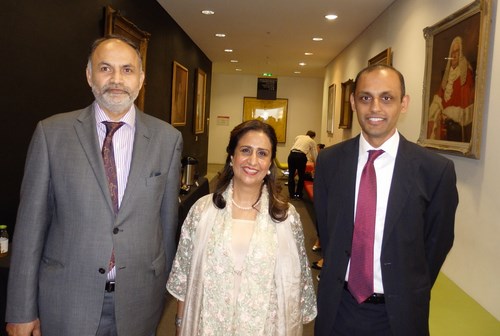 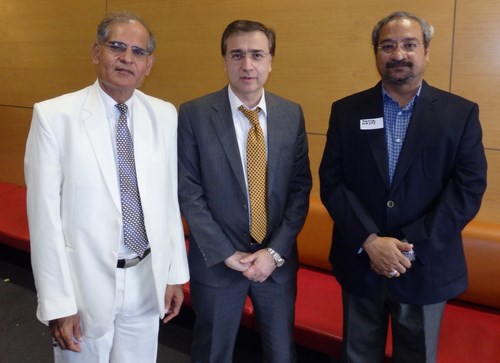 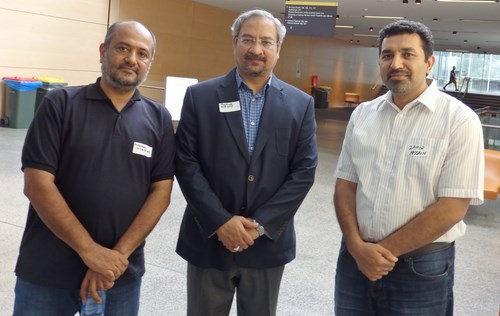 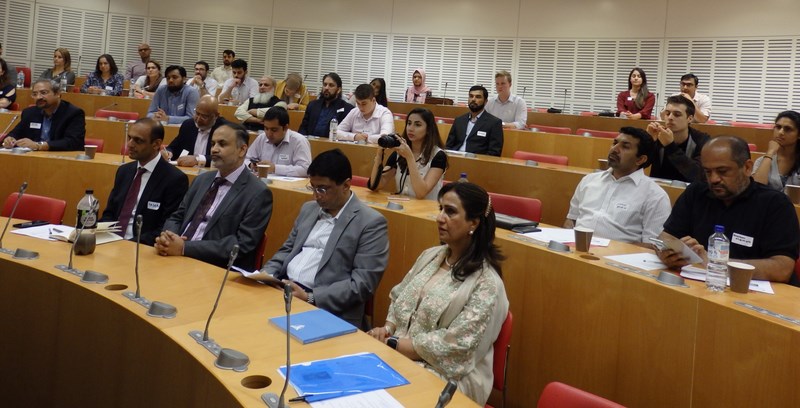 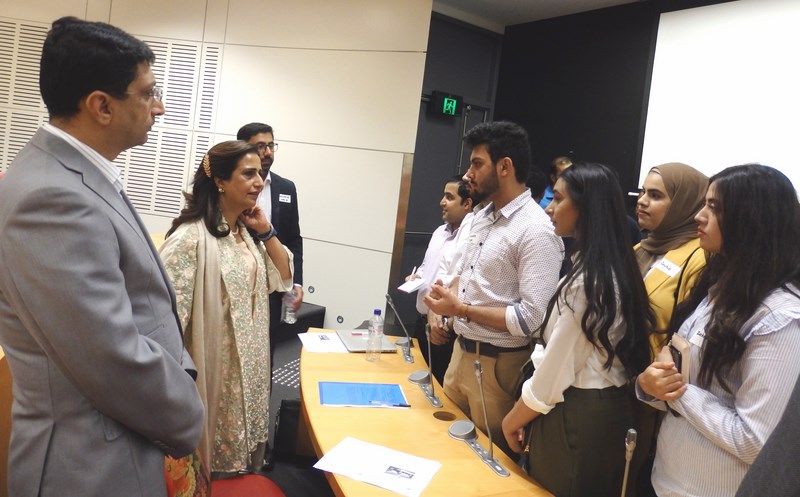 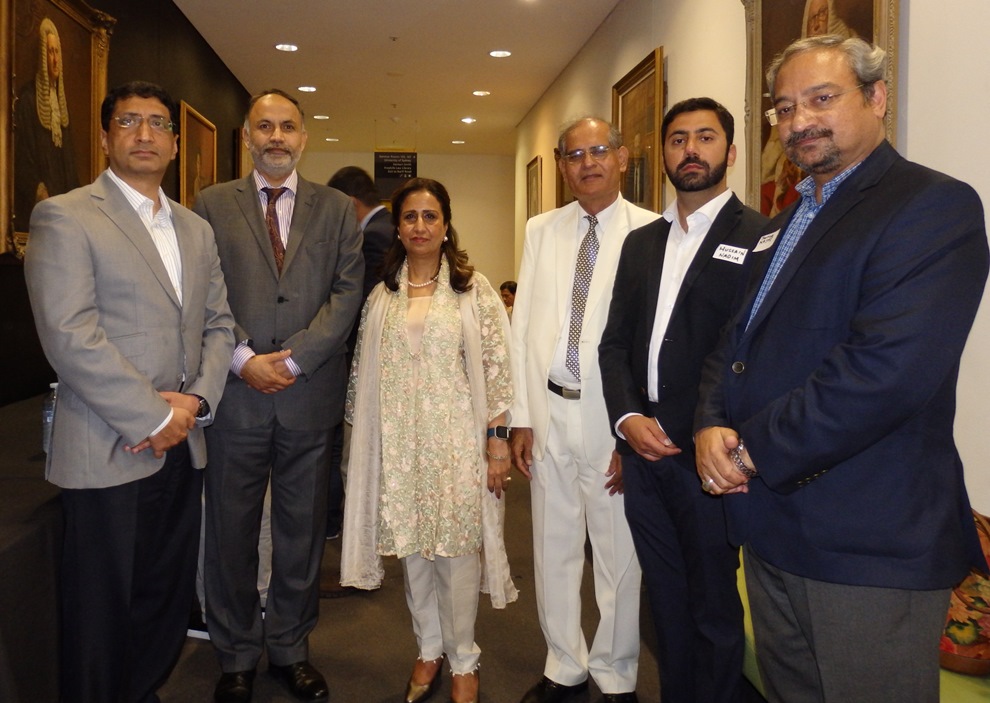