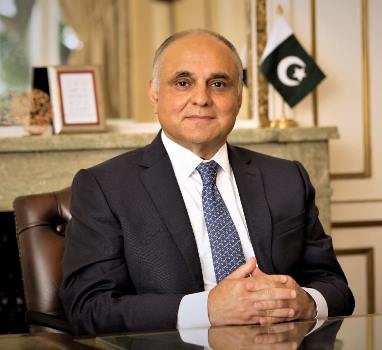 London (Media Release to Sada-e-Watan Sydney): On completion of his tour of duty, His Excellency Syed Ibne Abbas, Pakistan High Commissioner to the UK will be returning to Pakistan on 23 July 2018. During his tenure, the High Commissioner took several initiatives to improve bilateral relations with the UK and introduced drastic reforms to improve consular services for the community.

On this occasion, the High Commissioner said:

“It has been my absolute honour and privilege to have served as the High Commissioner for Pakistan to the United Kingdom. My areas of priority remained strengthening political relations between Pakistan and the UK; enhancing trade and economic ties; and efficient public service delivery and community engagement. By the grace of Allah, I was able to translate all those goals into reality.”

During High Commissioner's tenure, relations between Pakistan and the UK remained robust. The two countries worked closely to achieve shared objective of global peace. Political, parliamentary and business exchanges and cooperation have been mutually beneficial. High level bilateral visits that took place in the past few years also reflected the upward trajectory in the friendly relations.

On trade and economic ties, the High Commissioner said:

“Contemporary diplomacy hinges upon strong trade and economic ties. I am delighted to inform that over the past two years our exports to the UK posted an impressive growth of 8%, which took our bilateral trade volume to Â£2 billion per annum. The highlight of my endeavours in this direction was the appointment of the British Prime Minister's Special Trade Envoy for Pakistan. The UK is also keen in becoming partner with Pakistan in implementing the China Pakistan Economic Corridor (CPEC). Post-Brexit, Pakistan will be one of the preferred destinations for British businesses and investment.”

As the High Commissioner, he addressed numerous challenges in efficient delivery of Consular Services. During his tenure, all Consulates started Machine Readable Passport (MRP) service; Consulates at Birmingham and Bradford were shifted from old buildings to new ones with modern facilities; the long waiting time for NADRA appointments was eliminated; and online booking system was introduced at the Mission as well as all the four Consulates. Besides, to facilitate the working people and students, the Mission and its Consulates are opened on every second Saturday of the month to provide Consular Services.

To reach out to the 1.2 million Pakistani diaspora, the High Commissioner started a community outreach programme. In this regard, the Mission organised Students Convention, Councillors Conventions, socio-cultural and literary events, and the highlight of this engagement programme was holding of the Eid Open House for the community every year. Eid Open House has since become the signature event of the High Commission, cherished by the community utmost. Appointment of the Honorary Consul at Wales is yet another manifestation of improving liaison with the community in Wales.

Cultural diplomacy remained another area of focus. Last year, the High Commission, under the theme “Emerging Pakistan”, endeavoured to make the most of our 70th Independence Anniversary through our cultural outreach programmes. Throughout the year, showcasing Pakistan as a modern and moderate country was our major endeavour. For this purpose, events like bus campaigns, fashion shows, stage plays and installation of the Quaid-i-Azam's Bust at the historic Lincoln's Inn were but a few mega events organized by the Mission and overwhelmingly attended by our community.

Giving an overview of the country, the High Commissioner said that with improved security situation, swift implementation of CPEC and related inflow of investments, and upcoming democratic transition, Pakistan has tremendous investment opportunities on offer for the foreign investors.
About future relations of the two countries, the High Commissioner Syed Ibne Abbas expressed:
“As I leave this country shortly, my commitment to promote Pakistan-UK relations remains unchanged and I am confident of an even better tomorrow. Insha Allah!” 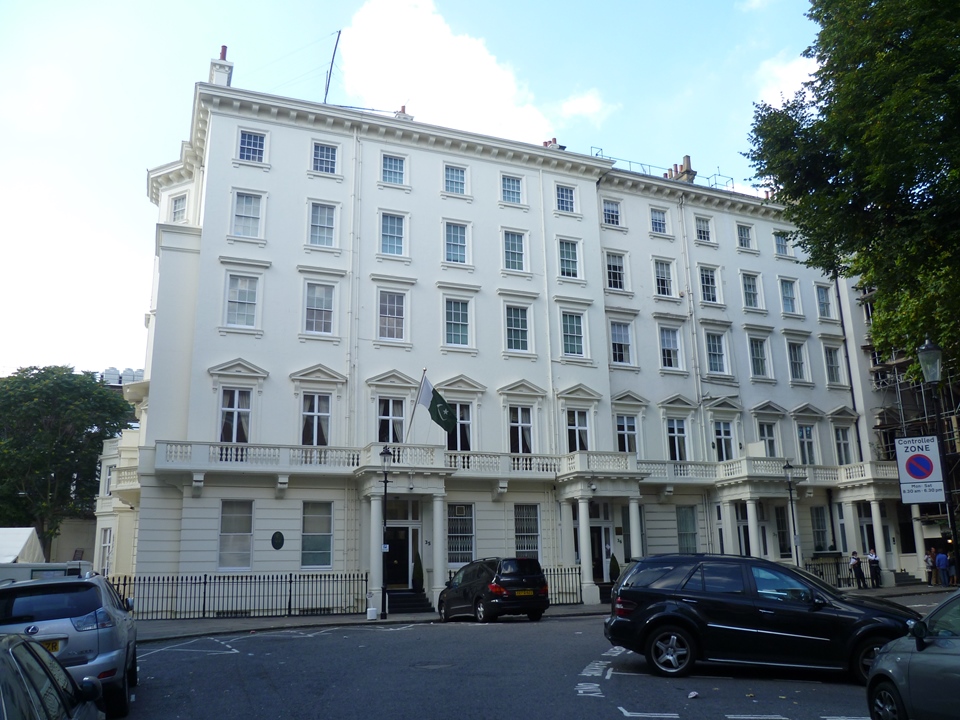