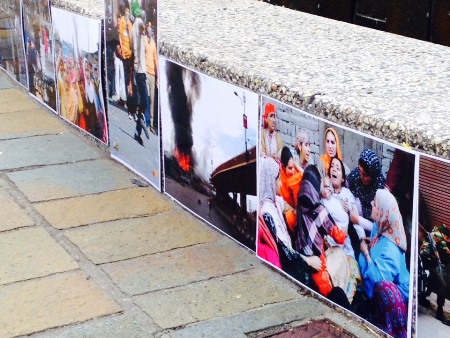 To express solidarity with Kashmiris in their right of self determination and to protest against the fresh wave of brutality against them resulting in more than 45 innocent deaths and a number injured, Kashmir Solidarity Council Canberra staged a protest rally on Sunday, 24th July 2016 in Canberra CBD.Although attendance in the rally was thin due to an extremely cold and wet weather but those who attended had the warmth of their commitment to their benefit.Kashmir Solidarity Council Executives Mr Javed Butt, Mr Iqbal Khan and Mohammed Ali thanked all attendees including executives of Pakistan Australia Friendship Association & Bazm e Adab Canberra.

The cross section of Canberrans, mainly of Pakistan origin, attending the rally included women and children, university students and experts from all walks of life.The rally outside the ACT Legislative Assembly Building, a symbol of justice and fairness, also signed a Petition to be handed to Australian Parliamentarians, Members of Diplomatic Core of Canberra, Department of Foreign Affairs, US Ambassador, European Embassies, ACT Human Rights Commission, Governor General of Australia, and main Social and Ethnic Organisations of Canberra.Mr Iqbal Khan briefed about the aims of this rally to Australians through a live interview on SBS Radio. 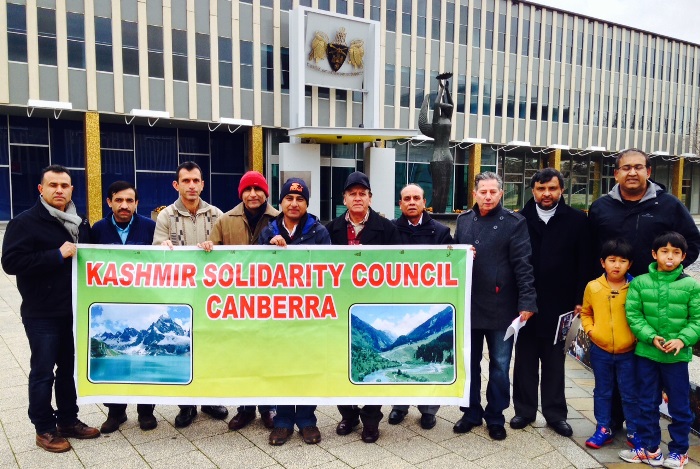