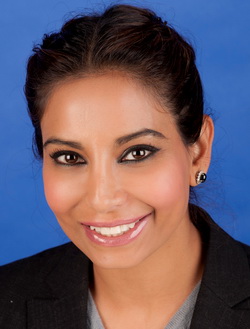 Spotlight on a young leader with passion and purpose

For someone who was born in Australia, it has been a privilege for Aisha to mix both the eastern and western cultures, or the ‘best of both worlds’ as she calls it.

Aisha’s parents who are both Doctors came from Pakistan about 40 years ago. She is the second of four siblings. Recalling her early days Aisha says that being the only coloured person at her school gave her resilience and the will to make a difference regardless of her skin. She said she has always strived to achieve this through a combination of education, developing personal relationships, international experience, and never giving up.

As is usually the case with parents who migrate to Australia, they try to give their children the very best education. Aisha's parents were no exception. They put her through a private school and later being a highly motivated individual Aisha has been able to achieve:- a BA/LLB (Hons); a Graduate Certificate in Legal Practice , a Certificate in Australian Immigration Law & Practice (qualifying as a Migration Agent), a Professional Certificate in Arbitration and Mediation (qualifying as an Arbitrator/Mediator).

According to Aisha her early inspiration has been her parents- How they came here more than 40 years ago, in a foreign land, not knowing anyone, worked hard day and night, but also made an effort to make friends across cultures and communities. "They have always taught me to follow my dreams, encouraged my ambitions but always no matter what stay grounded, genuine and true to your roots.’’

"My other role model is Mr. Harish Velji and I have also learnt a lot from him in relation to organising, campaigning and selflessly serving the community." He is a good example of a quote I once read: When one good person stands up, good people will follow and good things will happen.

Aisha has also been privileged to travel a fair bit which has given her a global perspective. Having learnt Japanese for five years in school, she went to Japan and stayed with a Japanese family to gain more experience in conversational Japanese and their culture.

During University she announced to her parents that she wanted to study in the U.S for a semester. She said initially they were protective and didn’t want her to go, but when she told them it was to study her passion TV Journalism at the University of Miami, they gave in. She managed to convince them this was her chance to gain independence and try and do things on her own. It taught her early on the ability and importance of connecting with people from all backgrounds and cultures, something she still loves doing.

Aisha’s passion is not only media, but also international affairs and politics. She recently started a Masters in International Law and International Relations, and last year ran as a candidate in the NSW Local Government Elections. She can be seen at a lot of community/political events as an MC or speaker. "My most memorable events have been those where politicians get a glimpse of our subcontinent community and culture. I particularly loved organising occasions at NSW Parliament House such as the Multicultural Media Awards, as well as working on speeches which recognise the achievements of the subcontinent. I was privileged and honoured to be personally involved in presenting the Holy Quran and Holy Bhagavad Gita to the Parliament. I believe in, as Gandhi ji said, that all the religions of the world are like beautiful flowers from the same garden. I believe that these events and sentiments show there can be harmony through humanity, and unity in diversity.

According to Aisha, professionally she has also been able to have the best of worlds: "I have worked as a lawyer, as a parliamentary adviser for a number of State and Federal Members/Ministers, and I have worked for DFAT and Defence in Pakistan. I also love writing articles, and I am also the Vice President of Women in Film and Television NSW. "

One of her biggest highlights was being invited for a Muslim and Jewish Leaders delegation to Washington DC in June this year by the Foundation for Ethnic Understanding. She was the only female Muslim involved, and the youngest. It was an experience of a lifetime as she actively participated in high level meetings at the State Department, with U.S Congressmen, and officials from the White House. It also inspired Aisha to come back here and focus on improving race and faith based relations. What she learnt the most from her trip was the ground breaking work being done there to engage with various ethnic communities and religious organisations at a grassroots as well as government level.

reinstate the multicultural affairs portfolio which Tony Abbott abolished. Further she would establish a whole new department of Multicultural Affairs, Race Relations and Faith Fusion; appoint a female Minister for women and put more women in cabinet. "I would also ensure more people from diverse backgrounds, and especially from the subcontinent are employed in positions where they can directly liaise with as well as represent their communities at a Federal level."

Asked about the issues which face the subcontinent community currently, Aisha said that she is concerned about Tony Abbott’s announcement of repealing Section 18C of the Racial Discrimination Act. ‘’I fear that although Abbott said it’s in the interest of freedom of speech, it will enable a whole lot more Alan Jones, and Andrew Bolt type people to come out and target specific communities, make racist remarks and vilify victims without them having any proper legal protection. Rather than encourage racial harmony, this is likely to instigate conflict, distrust and discrimination at a number of levels.’’

When asked what are the values which drive her, Aisha's said that it is important to always be true to yourself and others. She hopes that in some way, she can make a difference through seeking inspiration from community and political leaders and using that to connect the dots and inspire others to also become involved. She say’s ‘’I’m no Mother Teresa, but I do want to quote her: ‘I alone cannot change the world, but I can cast a stone across the waters to create many ripples.’

The last question we asked Aisha was to share her success mantra with the readers:

"My mission in life is not merely to survive, but to thrive; and to do so with some passion, some compassion, some humour and some style!" 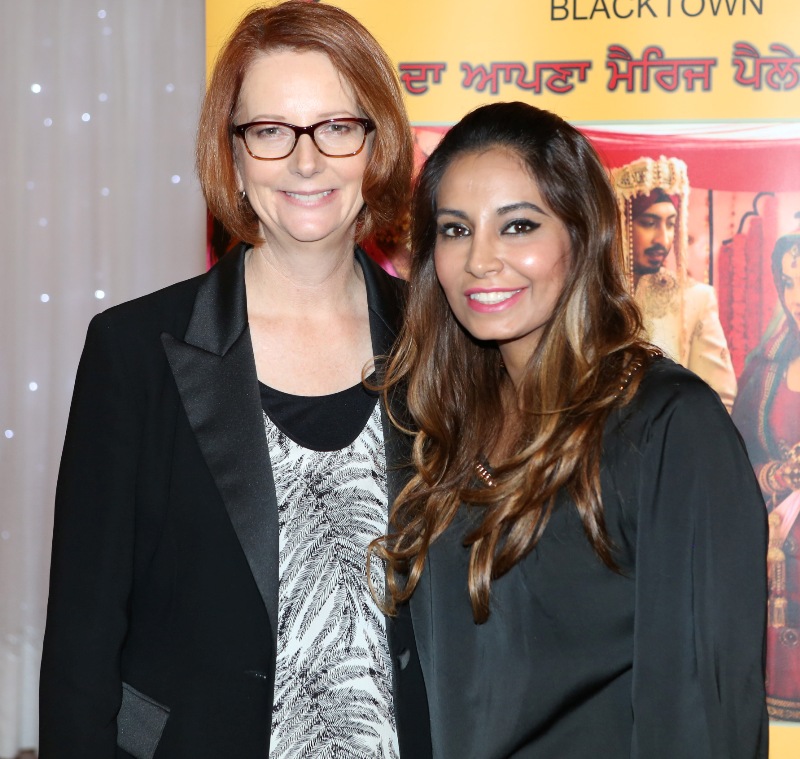