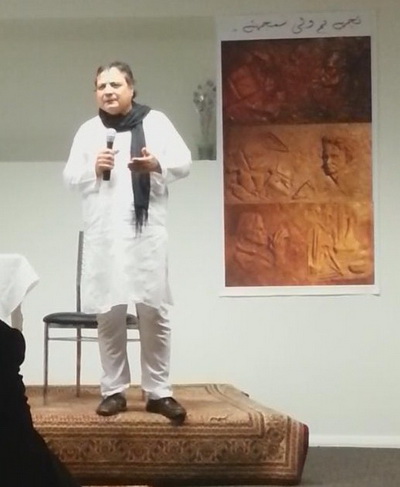 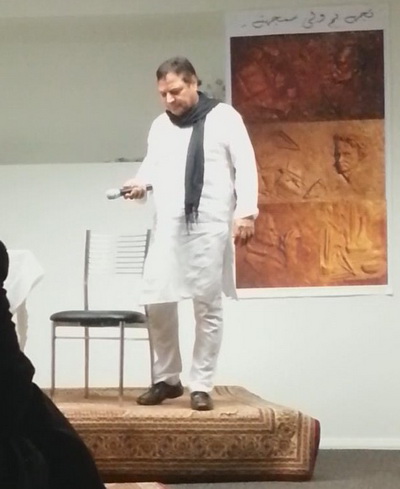 The lovers of Urdu organised an evening “Tujay Hum Walli Samajhtay” in Sydney to pay tribute to three great masters of Urdu literature and Arts including the famous short story writer Saadat Hasan Manto, the most read revolutionary poet of recent times, Faiz Ahmed Faiz, and one of the most famous artists of Pakistan, Syed Sadequain Naqvi commonly known as Sadequain.

The format of this program was prepared and delivered by another internationally acclaimed artist from Pakistan, Mr Anjum Ayaz who is in Australia in relation to his planned art exhibit for the first Islamic Art Museum of Australia in Melbourne.

In this program, Mr Ayaz read a short story “ Shaheed Saaz” of Manto in his own unique style. He also showed video of selected scenes of another short story of Manto, Badshahat kakhatma, that was televised on Geo TV of Pakistan under the directions of Mr Ayaz.

Mr Ayaz read several poems of Faiz and shared his sweet memories of the time he spent working and learning from Sadequain.

This program was organised by a newly established entity “Kocha-e-Saqafat” whose objectives are to promote Urdu literature and arts in Australia. The program was held in the banquet hall of Zahid Restaurant in Bankstown Sydney. The venue was ideal for such gatherings and particularly the delicious Pakistani cuisine.

The program was well received due to its unique format and attendees appreciated the efforts of presenters and organisers for a very successful event and requested organising more of these events in future. 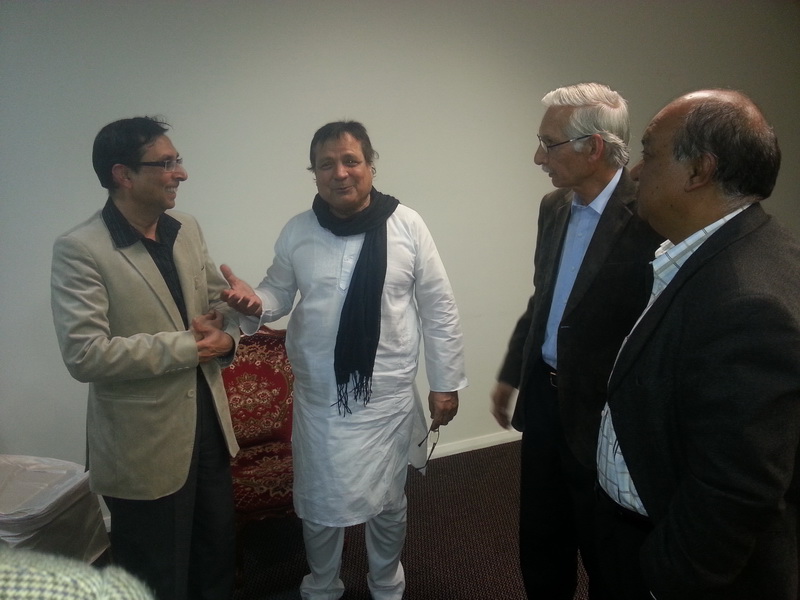 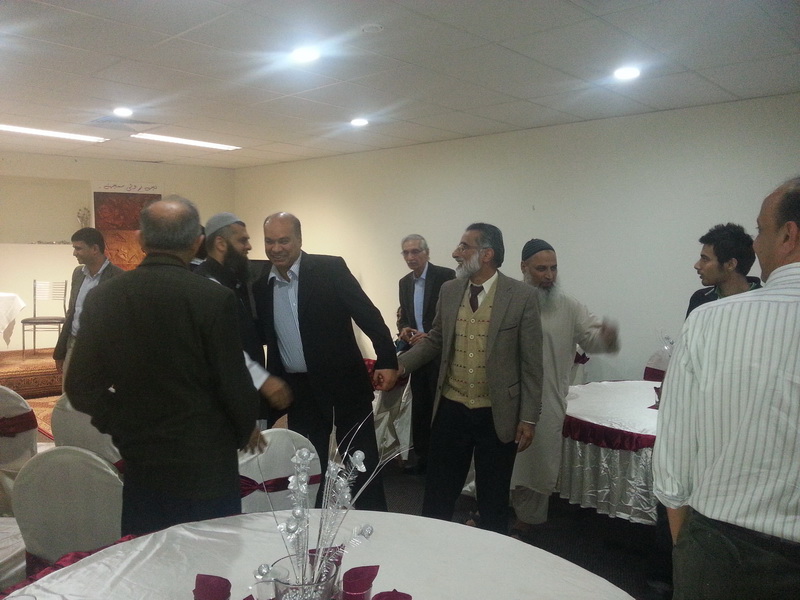 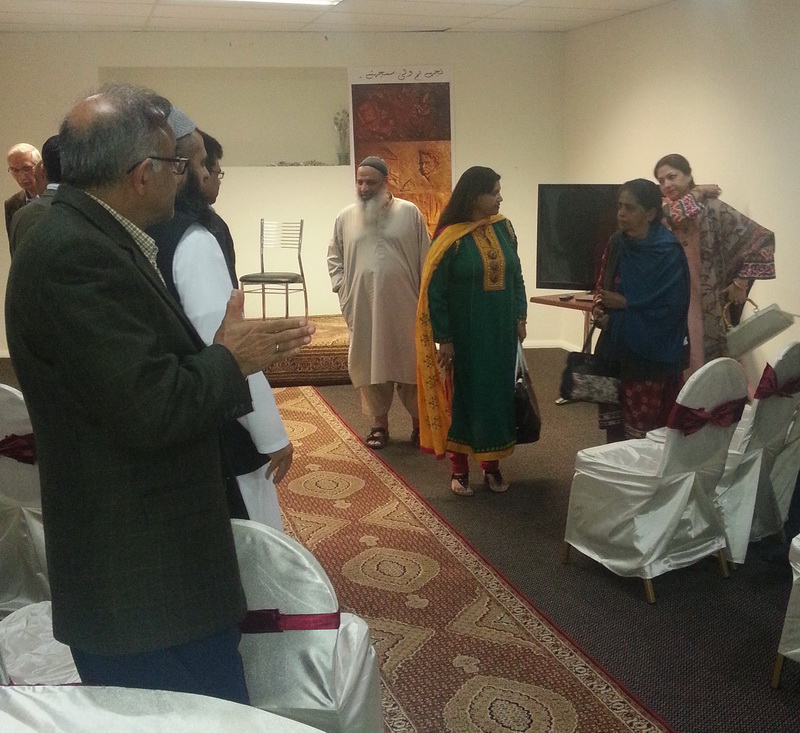 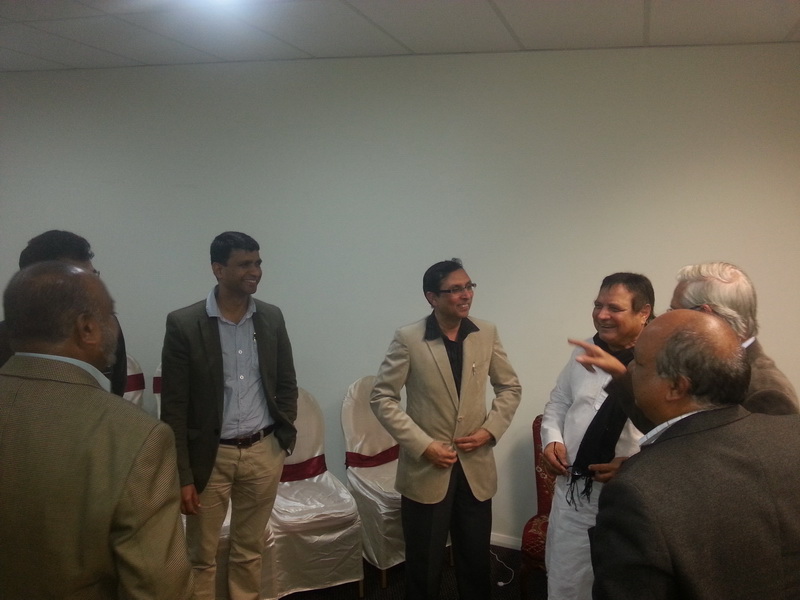 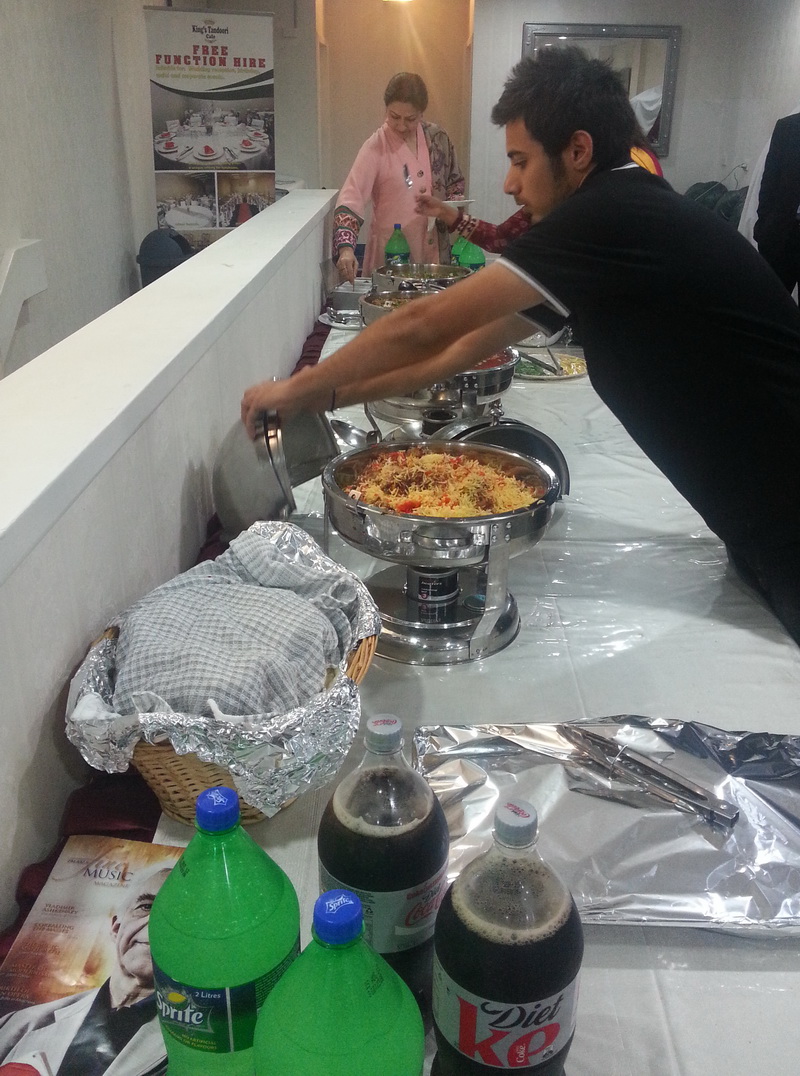