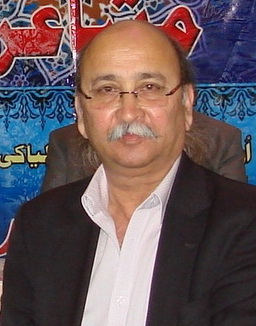 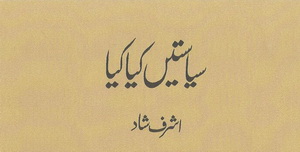 Ashraf Shad, the senior journalist, writer and poet, has published his 9th book, Syasaten Kya Kya’ (The politics that is…). The book was released by Dost Publications, a leading Islamabad publisher. The book is the collection of interviews of leaders like Benazir Bhutto, Imran Khan, Gen Zia-ul-Haqe, Altaf Hussain, Sardar Ata ullah Mengal and many others. The interviews were published and broadcasted during 1980’s and the 90’s in Arab Times Kuwait and the SBS Radio Sydney.

‘Syasaten Kya Kya’is a history of many twists and turns during past few decades and reminds many forgotten facts like Benazir Bhutto wanted to discontinue the Pakistan’s nuclear program. In an interview conducted in 1988, few months before she became Prime Minister, she described Pakistan’s atomic program as a foreign policy confusion that could endanger the country.

In another interview conducted in 1995, Imran Khan, categorically denied that he had any interest in joining politics. In his interview with Australian broadcaster he retorted angrily when asked about his political ambitions saying “why don’t you understand that I have no interest in becoming Pakistan’s Prime Minister.”

Ashraf Shad, who went into self-exile after facing many cases during the military regime, also interviewed his tormentor,Gen Zia, for Kuwaiti daily, Arab Times. He reveals in the preamble of his interview that overthrowing the Jonejo Government was planned much in advance and was masterminded by Gen. Akhtar Abdul Rehman, the ISI Chief at that time.

An interview with Sardar Ata ullah Mengalis also included in the book. He was interviewed in London in 1988 and had reiterated his belief that Baluchistan has no other option but to part away from Pakistan.

There are two interviews of Altaf Hussain while other personalities included are Nawabzadeh Nasrullah Khan, Ghulam Mustafa Jatoi, Gen. (retired) Mirza Aslam Baig, Jam Sadiq Ali and Abdul Sattar Edhi who was living outside Pakistan at that timedue to threat to his life. 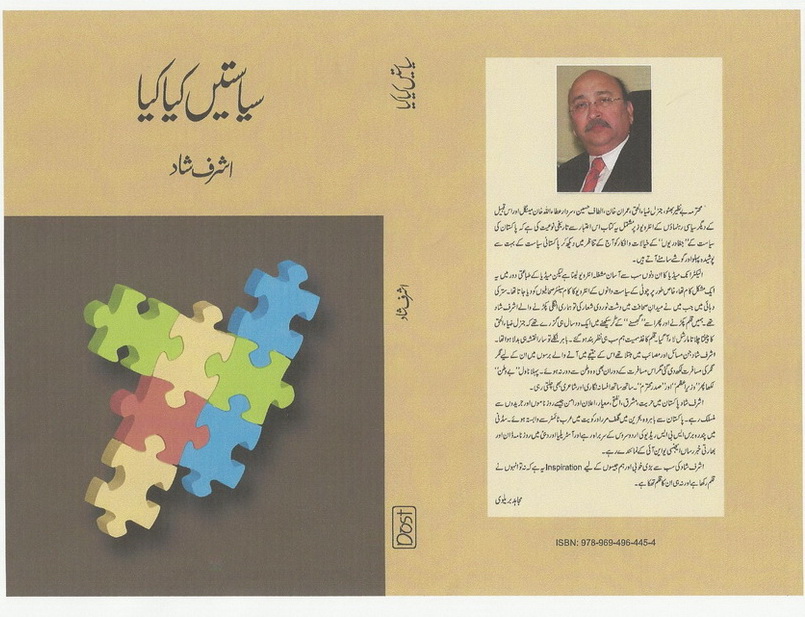