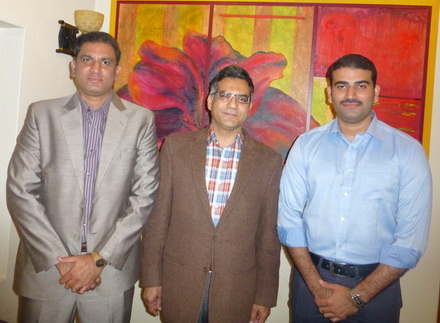 The consul general of Pakistan in Sydney Mr.Azam Mohammed hosted a dinner in spice of life recently in which he invited many prominent businessmen and prominent community members including the newly wedded couple Mr.Sajid and his wife Mrs.Gomal who is daughter of the former Deputy High Commissioner Mr.Tasawar khan. He congratulated the couple and prayed for their happiness.Mr.Sajid Chaudhary is younger Brother of Mr.Rafiq Chaudhary of NSW Police.

Mr. Azam said in the Pakistani culture, every one is like a family and told the newly wedded couple that every elder in the room is their uncle and aunt and will always be there for them. 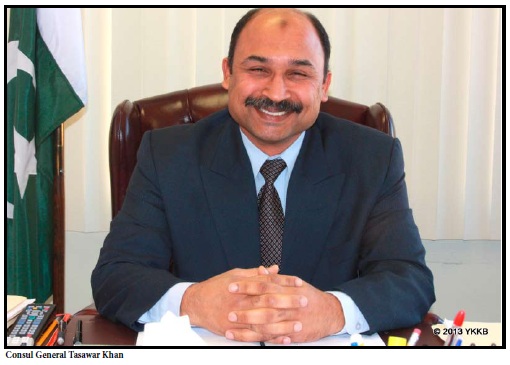 Consul General Azam said Tasawar khan while posted in Los angles is and will always be in the heart of the community. He also conveyed the congratulations to them on behalf of the His Excellency Abdul Malik Abdullah High Commissioner. 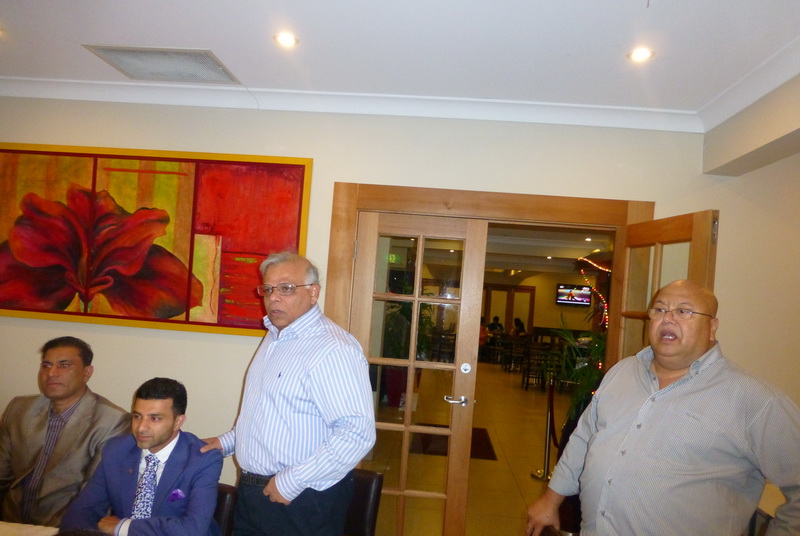 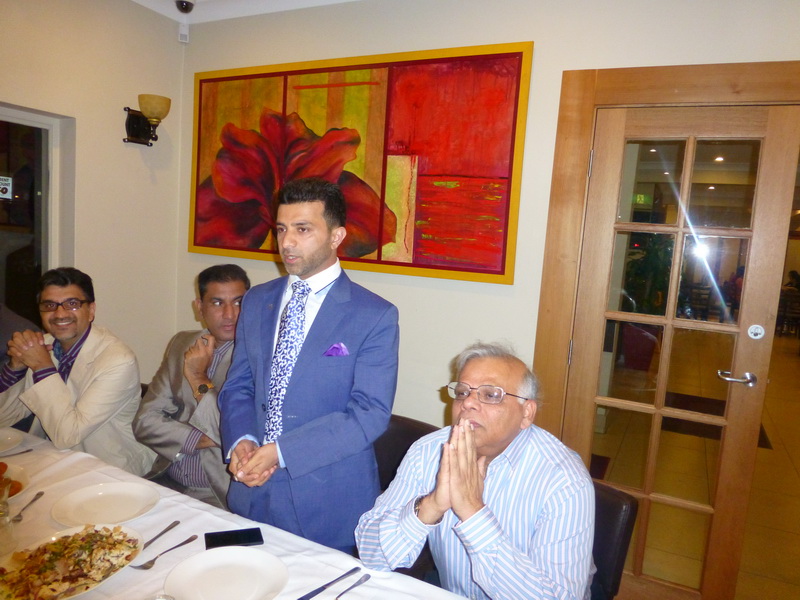 CG Azam Mohammed introduced Sardar Balakh Sher Khosa, the Community Welfare Attache to all.Sardar Balakh informed that he is here for one purpose , that is to serve the community. He said he served in same position in London and assured community that he would always be available to serve them. The Consul General expressed his confidence that community will avail his services and that Mr Khosa will live up to their expectation. The Consul General emphasised that in line with the the High Commissioner's highest priority , the CWA has been asked by him to serve each and every member of the community who is need of any legitimate assistance. 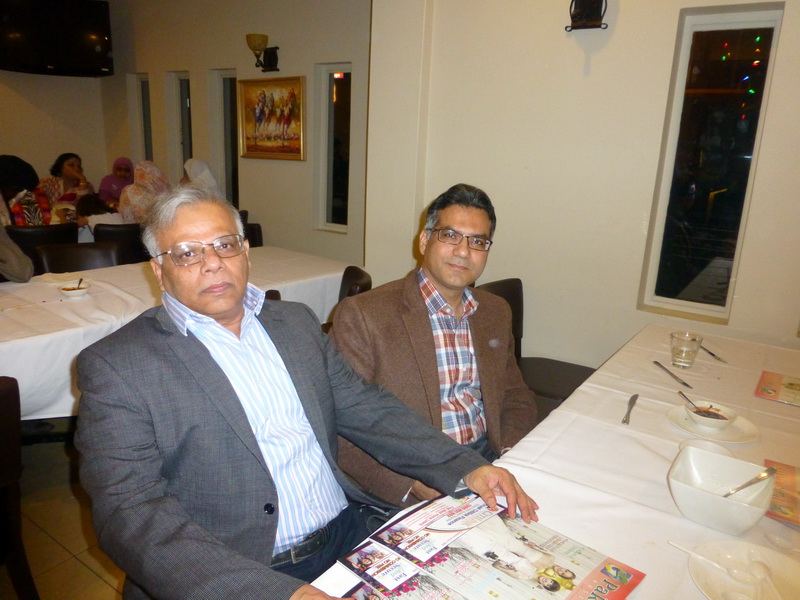 The Consul General Azam Mohammed informed that he would soon be going to Pakistan and thanked the community and business persons for all the support he got from them. He also thanked his Consulate Colleagues for their support and hard work and In Particular thanked Mr Shifaat the Consul. He praised the hard working , positive and pious attitude of Mr Shifaat and said since Mr Shifaat came , the Consulate's performance increased tremendously. He said Mr Shifaat goes out if his way to solve peoples legitimate problems and his services are well acknowledged by the community. 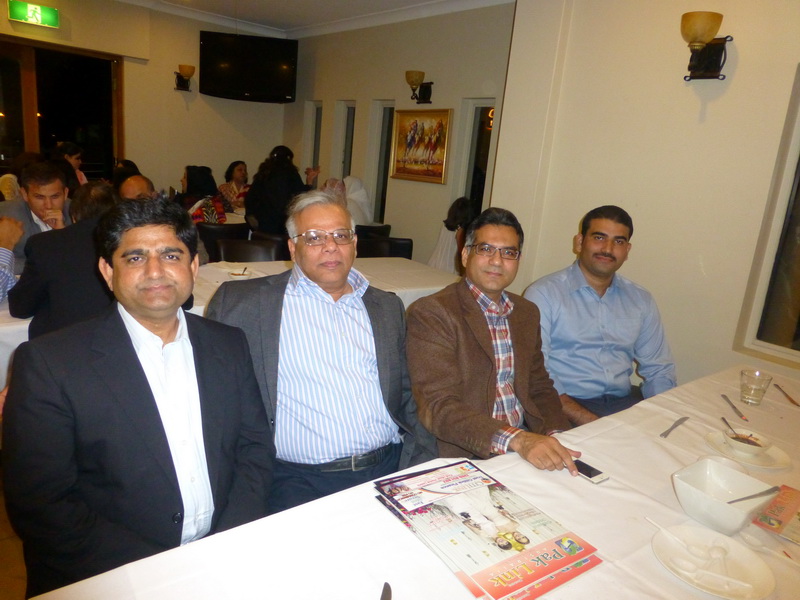 The CG particularly thanked the president of the Pakistan Association of Australia Mr Iftikhar Rana and Editor in Chief of Sada e Watan Mr Zafar Hussain for their tremendous service to the community and in raising the profile of the community. He said the Consulate and Association worked hand in hand to promote the interest of the community including economic interest of Pakistan. During Mr. Rana's tenure, so may meetings were held with Australian high-up and association arranged meetings and functions for all incoming delegations from Pakistan. About Sada e Watan positive contribution to the community, CG Azam said the number of hits in the website speaks for itself. He quoted one important NSW Minister who praised Mr Zafar Hussain as saying that "he is every where at the same time". 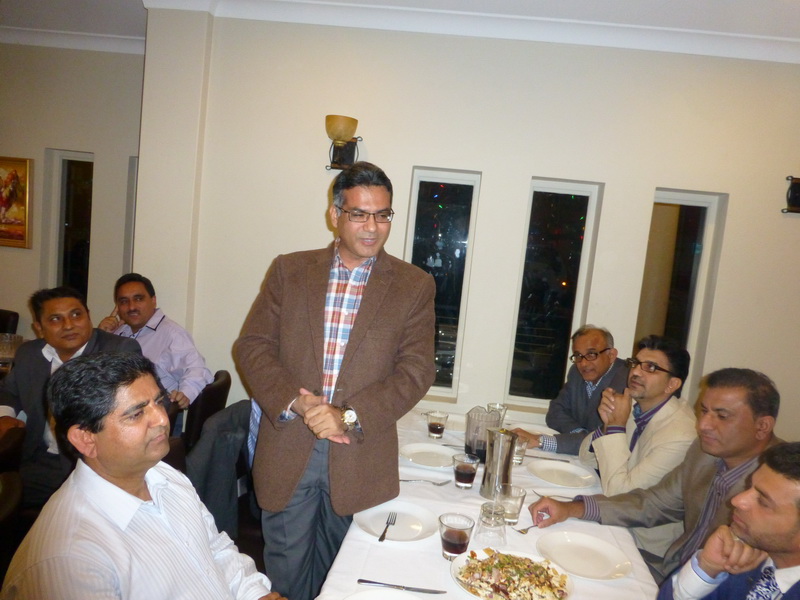 The Consul General Azam Mohammed also introduced the CG- designate Mr Abdul Aziz Uqaili and expressed his confidence that the community will give him same level of support and cooperation as they have always given him. Mr. Uqaili informed that he served earlier in Saudi Arabia and Malaysia as community welfare attaché and assured that he will do all in his power to facilitate and serve the community .

Every one thanked CG Azam Mohammed for hosting dinner and wished him best on his posting in Pakistan and also prayed for eternal happiness of Komal and Sajid Chaudhary. 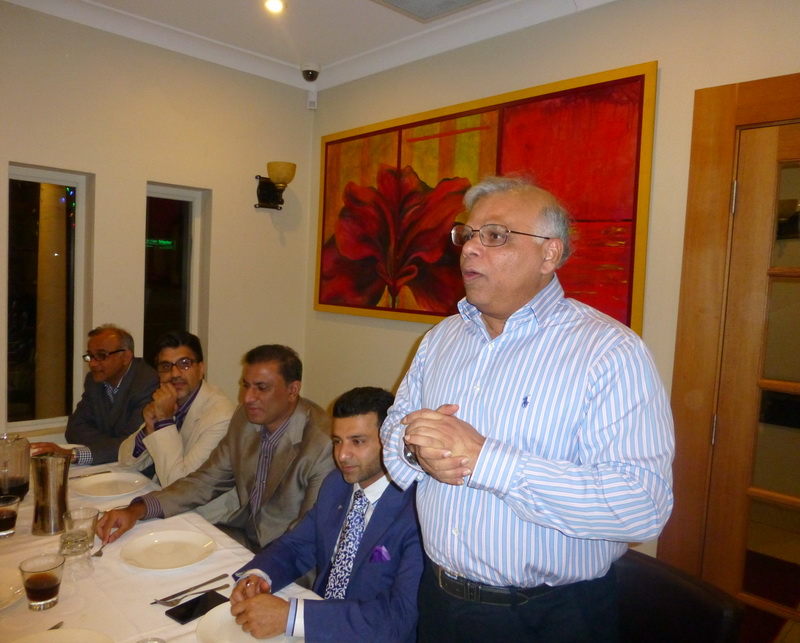 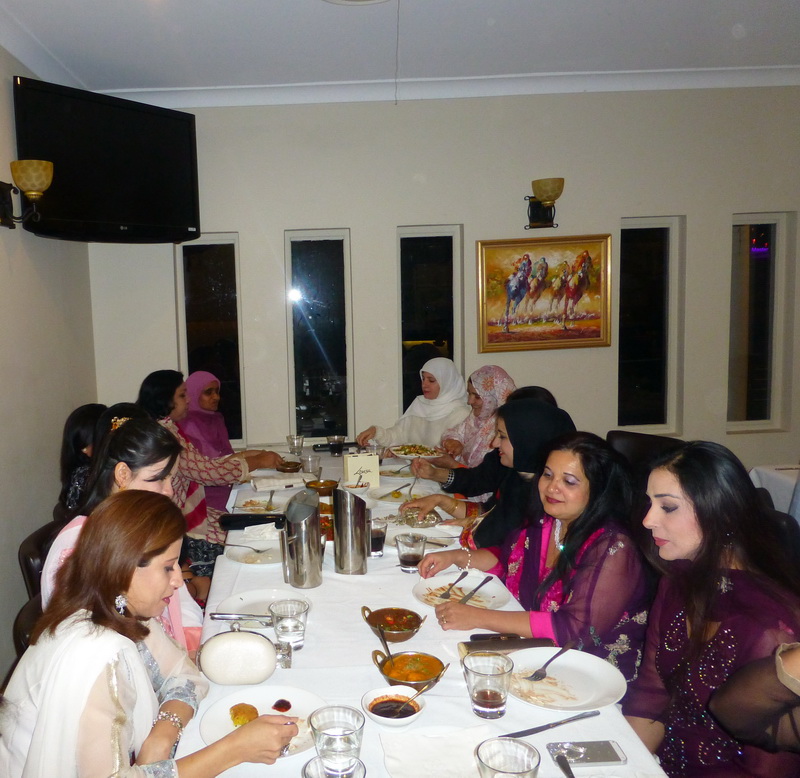 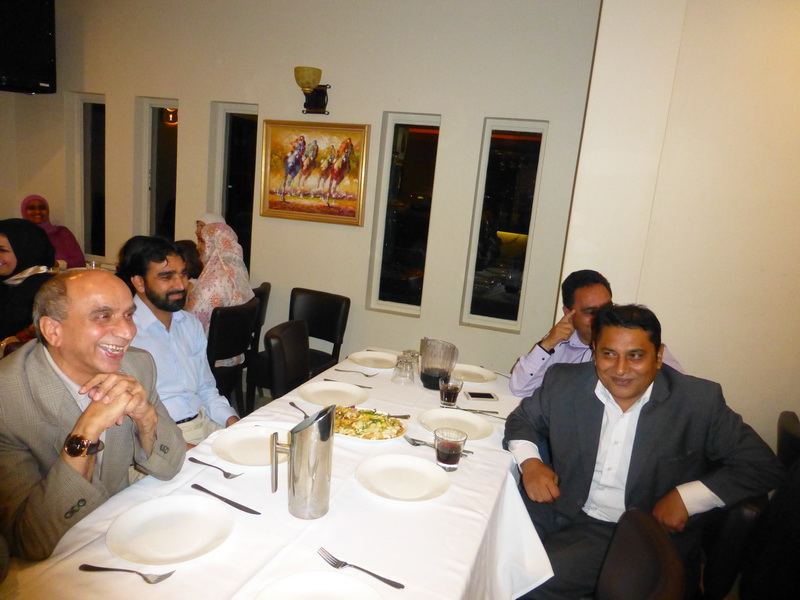 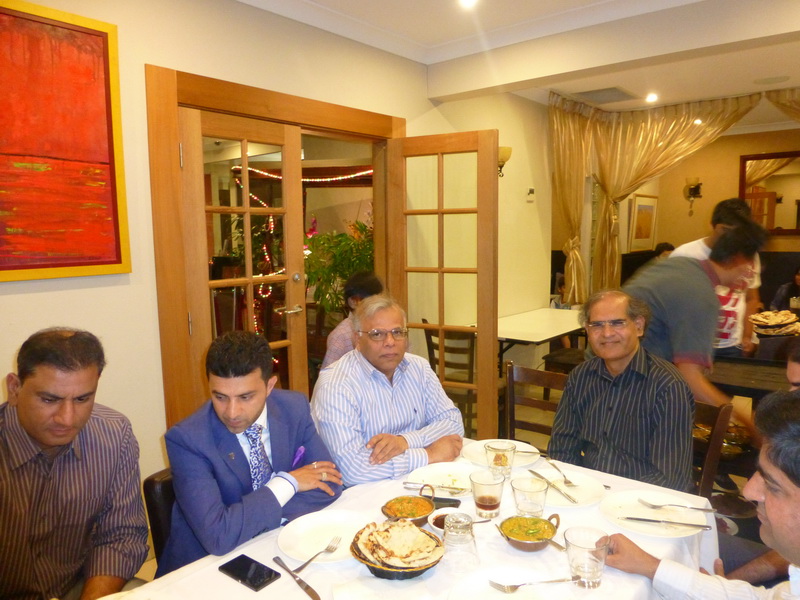 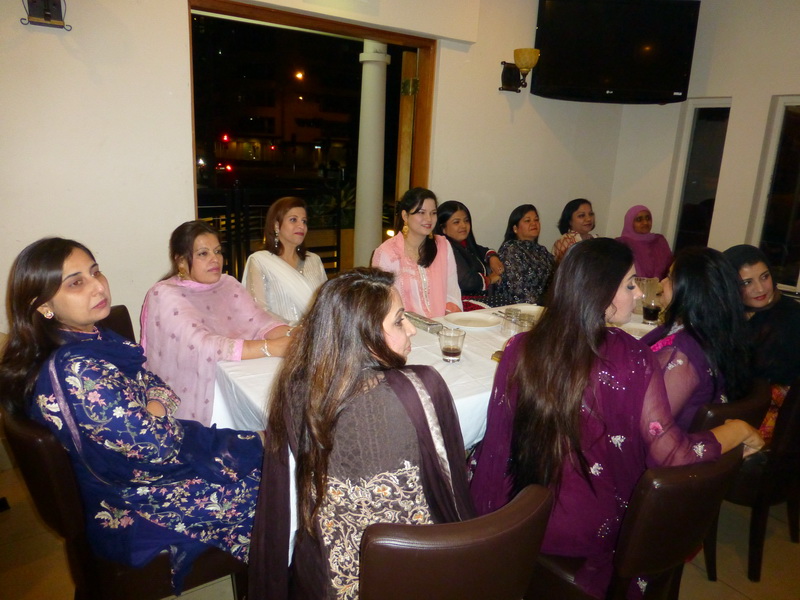 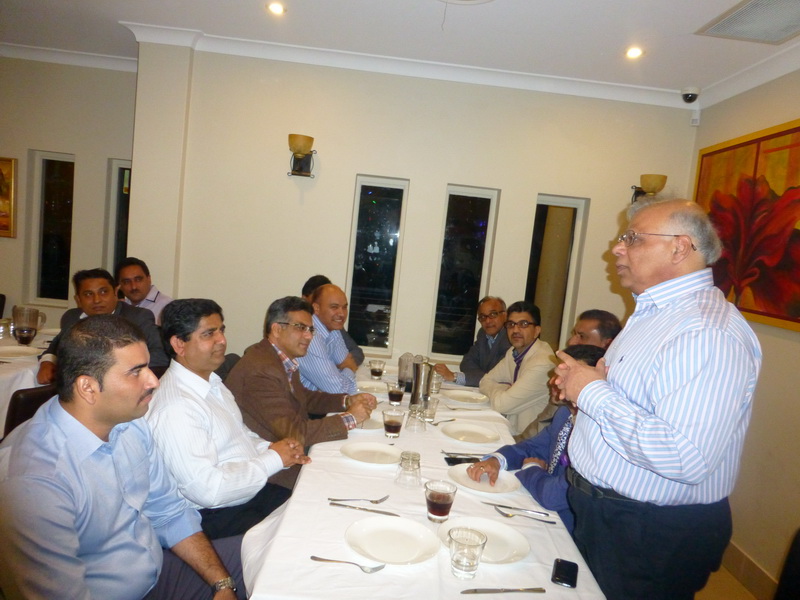 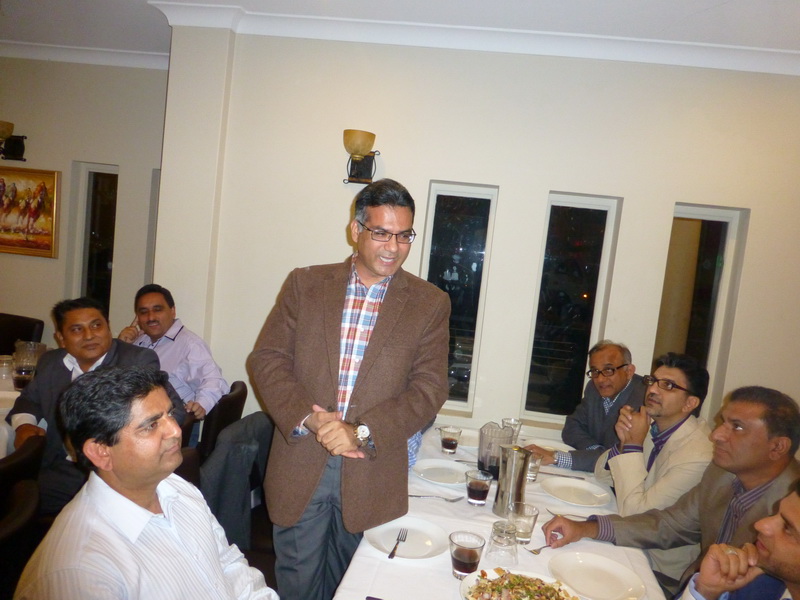 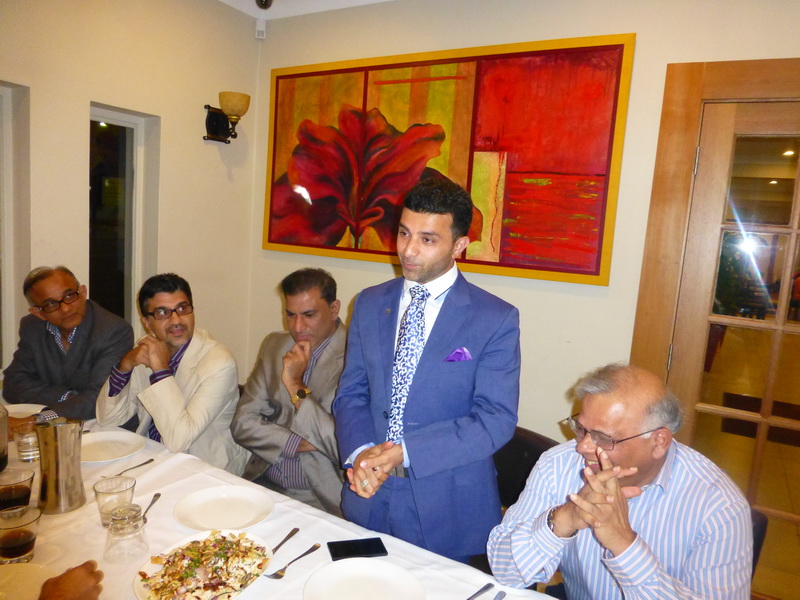 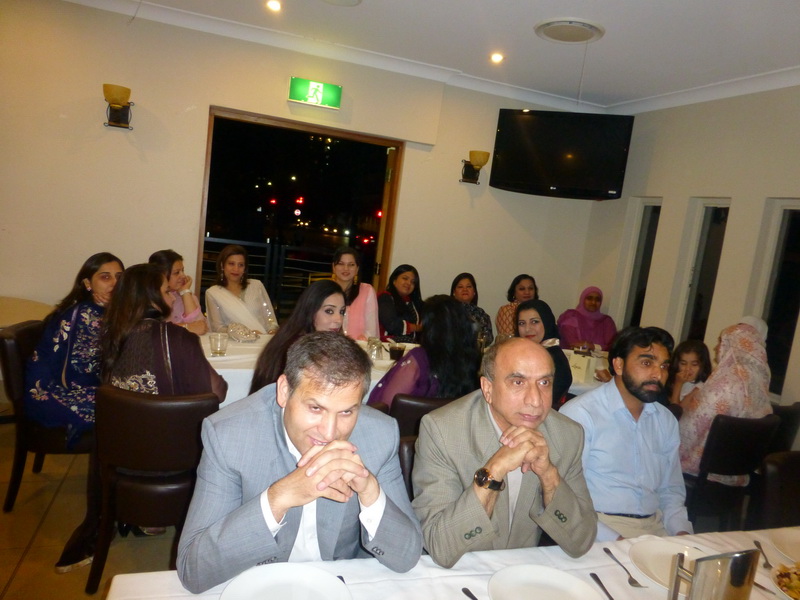 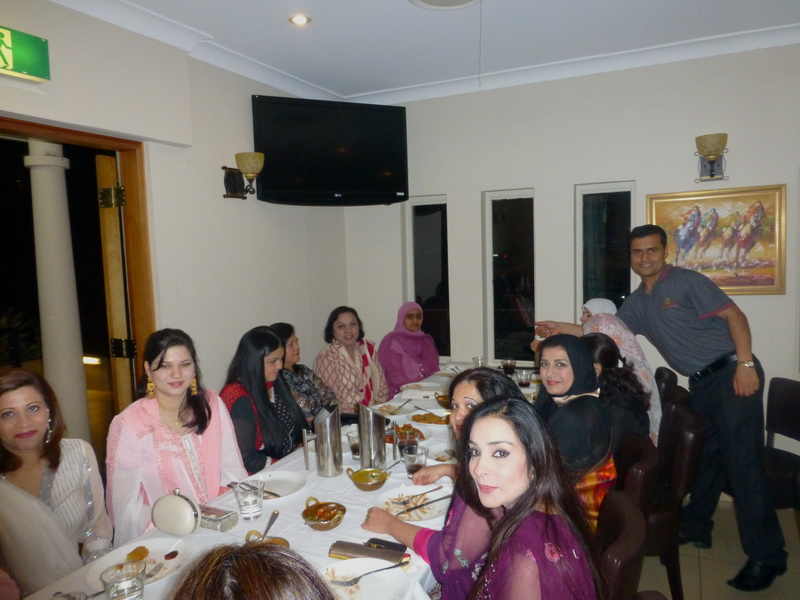 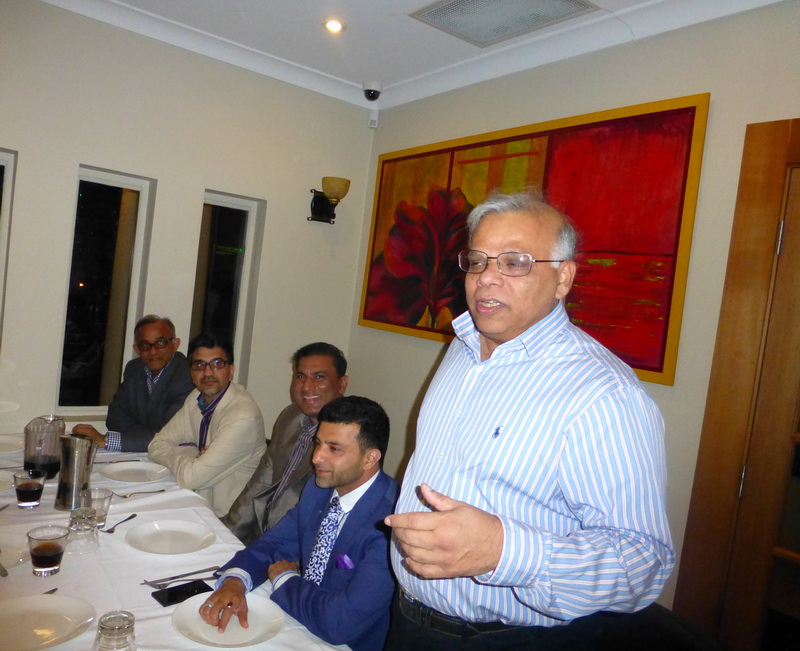 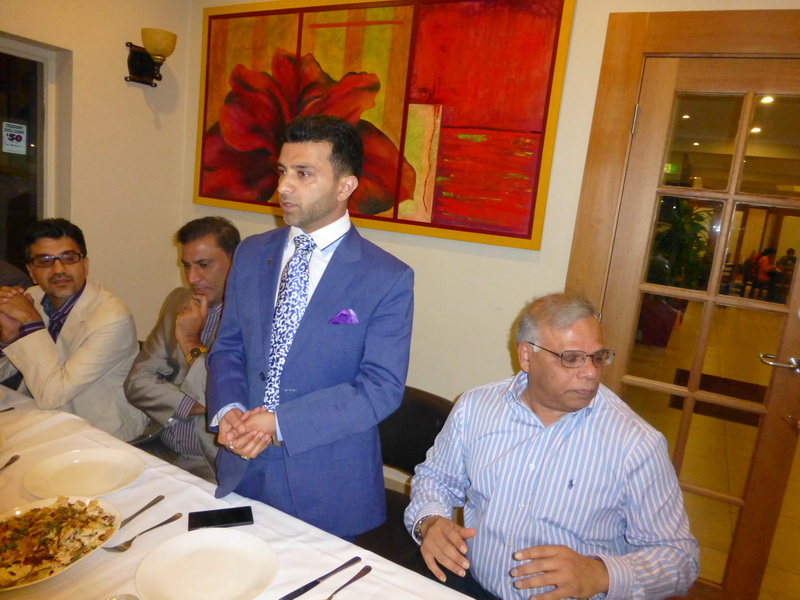 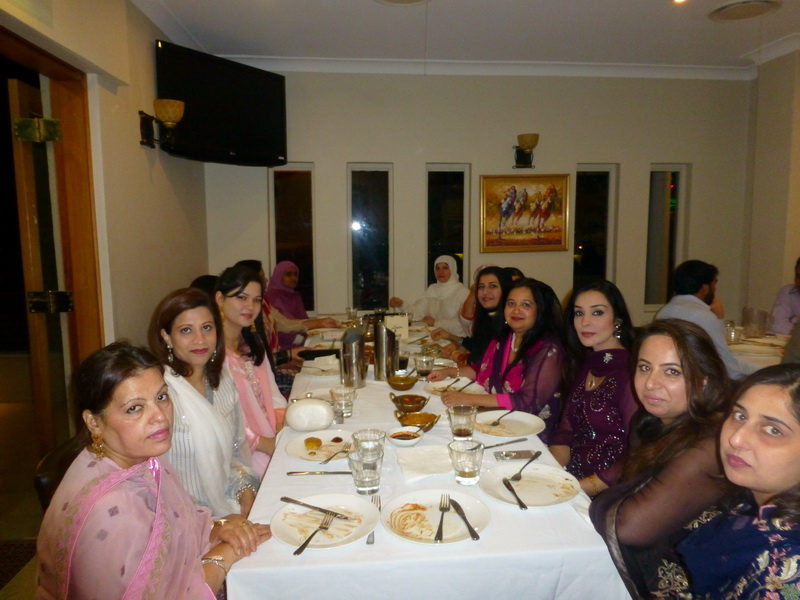 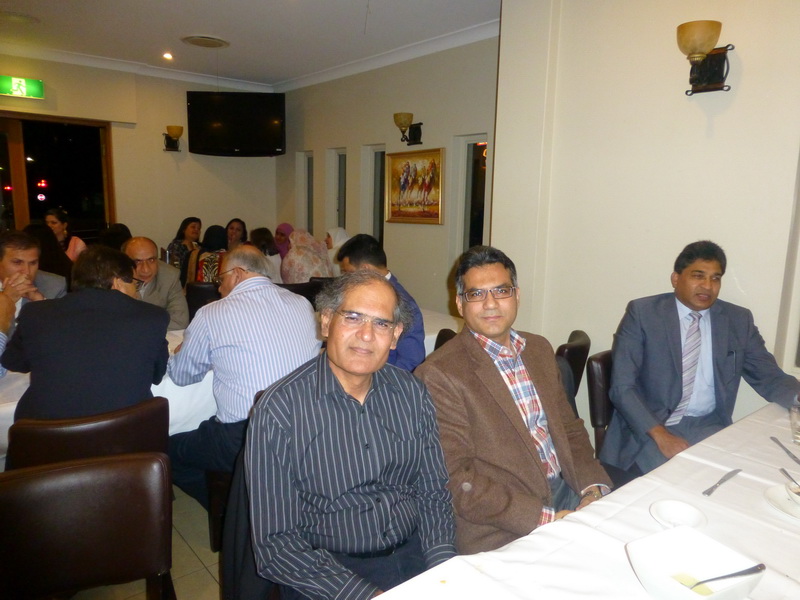 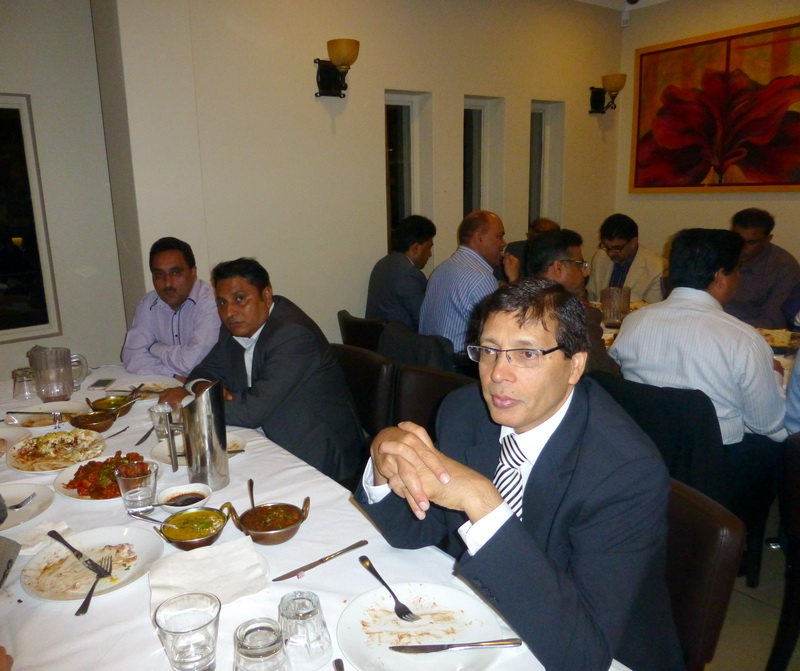 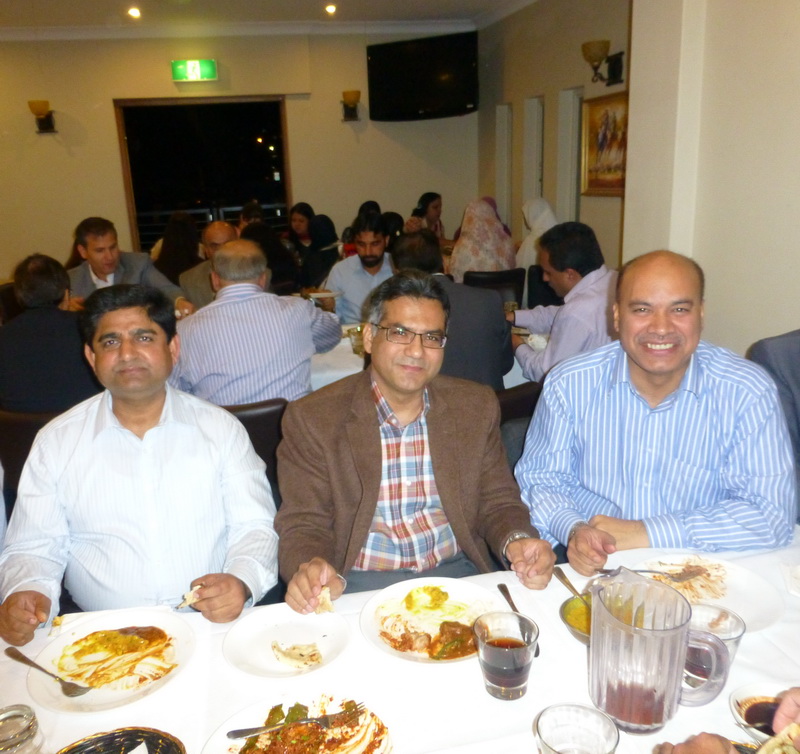 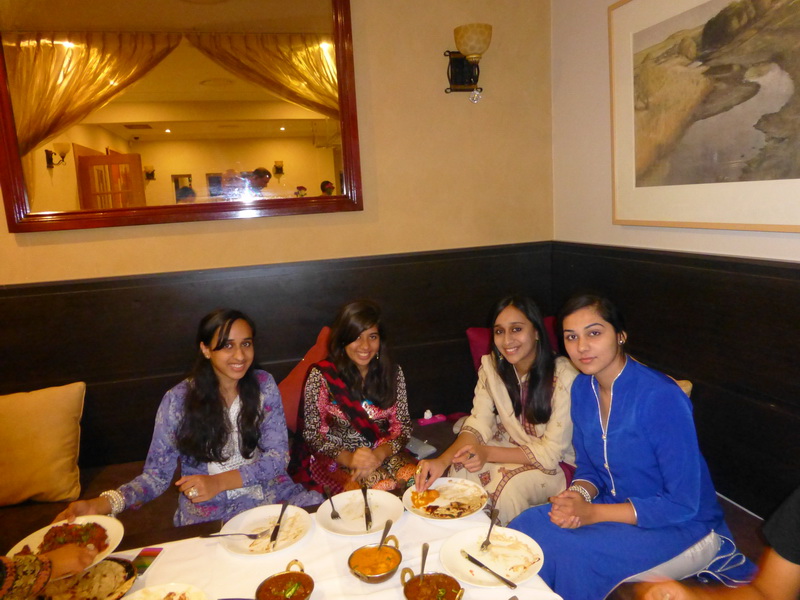 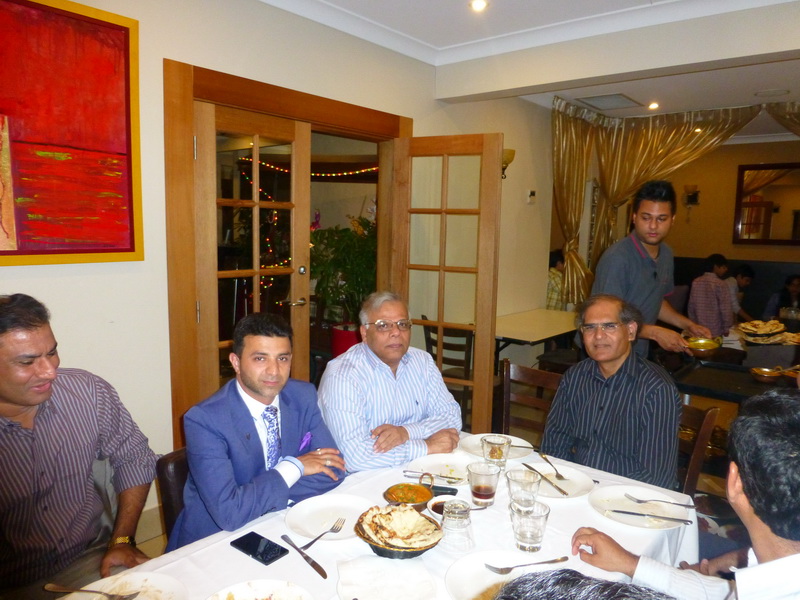 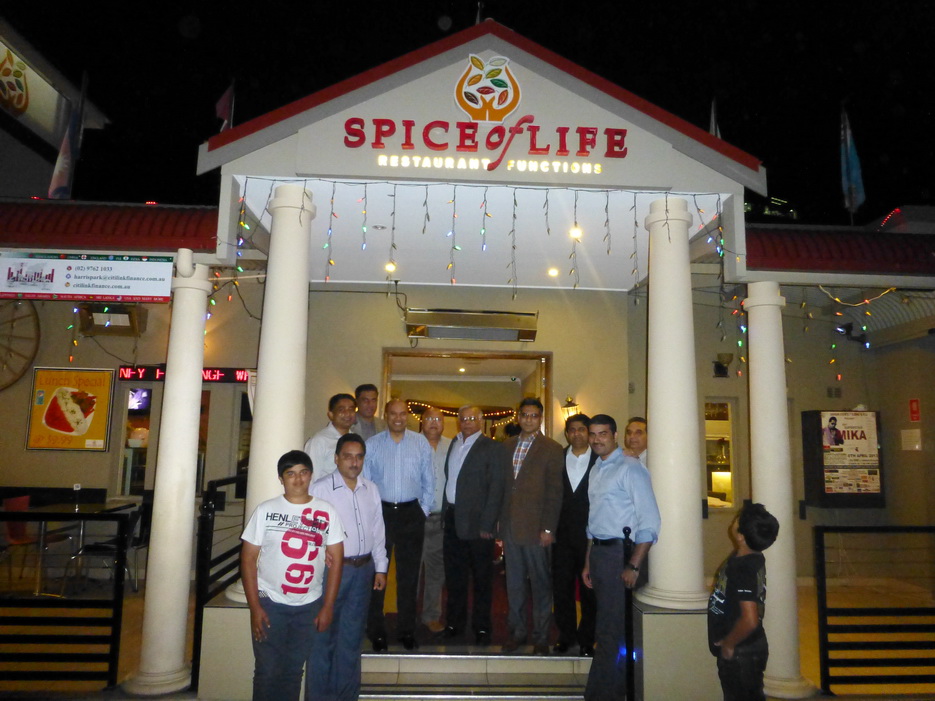