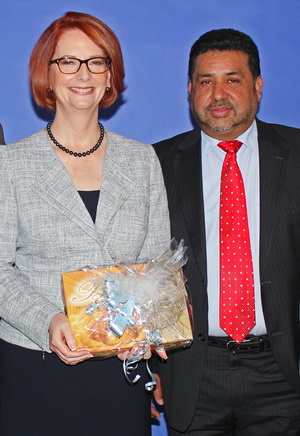 Recently Billu of the Billu Catering presented the Hon Prime Minister Julia Gillard a packet of sweets. This was very a symbolic act (please do not bring your politics into it).

As now the memory spans a very long time my recollection from the book was that when the Persians were driven out of the Persia they sought refuge in India. India has a history of providing refugee to any communities that have sought refuge which spans over the thousands of years and has never forced anyone into Hinduism but has asked one to continue practising their own religion and their own culture.

On this occasion when the Persians arrived in now what is known as the state of Gujarat the Persian people send the news to the local King to announce their arrival and seeking refugee. The local king sent water to the Persians. In India it's a tradition that when people come to one's home first they are first served with water. The reason being when one has come from long distances and the water helps purify the blood and re oxygenates it. This helps restoring the strength and the health.

However the Persian King returned one glass of water back with the sugar. This signified that like the sugar has melted into the water we (the Persians) will melt into the Indian community.

For this very reason at the Indian weddings the sweets are distributed first( pre - western influence of the word deserts) signifying that we have come in peace and the two families concerned will join together like the sugar has melted into the water (remembering the fact that the sugar makes the water sweet).

For me the presentation of the Indian sweets to the Prime Minister Gillard was a very symbolic act between the Indian Community and the main stream Australian community. For me it showed that we are leaving in peace and harmony. Not only that we have melted into the main stream community in every possible way but are now contributing to the countries well being in every possible way. 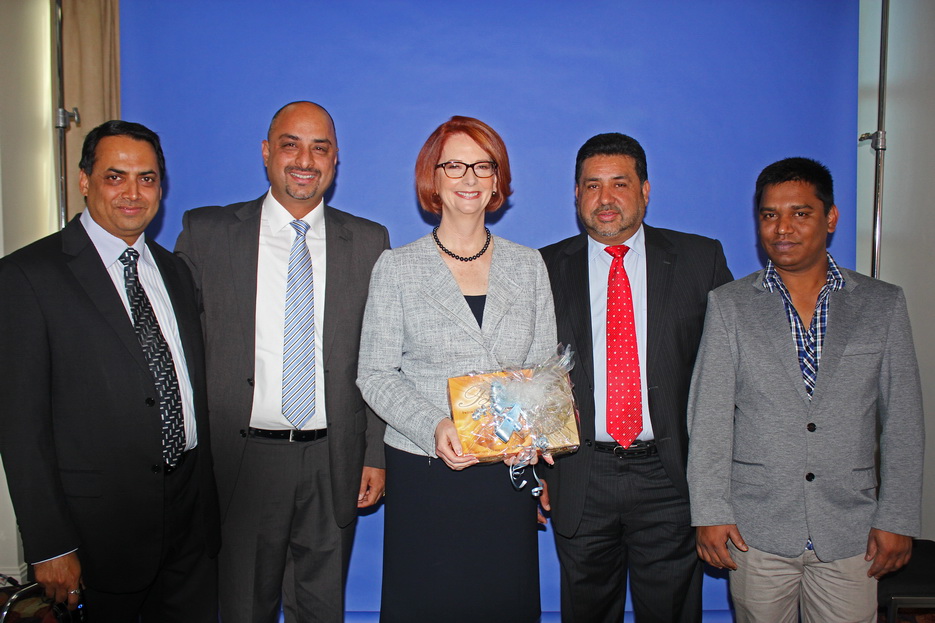