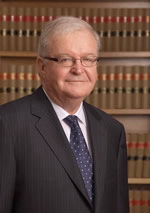 1. It is a great pleasure to be here this evening. This is only the second year that the Supreme Court of NSW has attended a Muslim service to mark the opening of law term and to my knowledge it is still the only such service held in Australia. I have very fond memories of last year's service, not least amongst them of the particularly delicious cheese pastries served at dinner afterwards. It is a privilege to have been invited back to Auburn Gallipoli Mosque this year- and, I hasten to add, not only because of the pastries.

2. This opening of law term service is a symbol of the mutual respect and regard between the Muslim and legal communities in this State .It is an occasion to celebrate the diversity and multiculturalism that enriches our community. It also provides a welcome opportunity for the legal profession to meet members of the Muslim community and to learn more about the Islamic faith. This is particularly valuable: cross-cultural education is an imperative for all those involved in the administration of justice.

3. The Australian Muslim community is a product of relatively recent immigration and like most, if not all, minority Australian communities, it has at times faced discrimination and exclusion. As in so many cases, this antagonism is generally based on a lack of understanding. Events like tonight's, though they can seem small in the scheme of things, are an important element of the cross¬ cultural dialogue that is so essential to breaking down barriers and building a stronger multicultural society.

4. Tonight's service is also an opportunity for us to affirm our shared values. In this context, it is worth emphasizing the central significance of the law in Islamic belief. As most of you will know far better than me, Islamic law and jurisprudence is highly developed and complex. It is the product not only of its original theological sources but of hundreds of years of interpretation and refinement by a class of highly educated and fiercely independent scholars. At a time when much of Europe was embroiled in the Dark Ages, the rule of law largely prevailed in classical Islamic societies. All individuals, including the ruler, were subject to the law and a basic separation of powers operated The profound respect for the law common to the Islamic faith and our diverse Australian community should be highlighted and celebrated.

5. That respect is also evident in the contribution of Muslim legal• professionals in NSW. Across all areas of legal practice, as well as in policy, advocacy, academia and business, Muslim lawyers are contributing to the administration and development of the law in Australia and upholding the rights and interests of their communities through the Australian legal system. This contribution will only increase in the coming years. The growing number of Muslim legal graduates admitted to practice each time the Supreme Court sits to admit new lawyers is evidence enough of that fact.

6. It is a great pleasure to celebrate the Muslim community's contribution to Australian civic life and the legal system. Thank you to all who have been involved in organising this ceremony. I trust that the tradition of Islamic opening of law term services which has begun over the last two years will continue long into the future and will serve to further strengthen ties and mutual understanding between the Islamic and legal communities. Thank you again for the opportunity to speak and to you all for being here this evening.

Graduating with degrees in Arts and Law from the University of Sydney in 1971, he went on to practise as a solicitor in 1972. He was admitted as a barrister in 1977, specialising in corporate law and litigation and was appointed Queen’s Counsel in 1987. His considerable experience in corporate law saw his appointment as a member of the Australian Government’s Takeovers Panel (2006-2011).