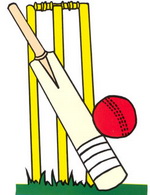 Pakistan Day Cricket Trophy Tournament will be held in Sydney on Sunday, 17 March 2013

On Sunday, 17th March 2013, Pakistan Day Trophy Cricket Tournament will be held at the Croydon Park Oval, Corner of Croydon Ave & Albert Road, Croydon Park. The cricket should be concluded by around 4.30pm. Formal Proceedings begin from 5pm.

This will be followed by speeches from community leaders and Members of Parliament. After this, there will be a raffle draw and auctioning of a miniature cricket bat signed by Pakistani umpire Asad Rauf. Expected guests include Environment Minister Tony Burke, Hon. John Murphy MP, Mayor of Canterbury Brian Robson, National Director of A.R.M. David Morris, Hon. Shaoquett Moselmane MLC, Hon. Amanda Fazio MLC and Consul General of Pakistan Mr. Azam Mohammed.

A donation drive will be held to conclude the event. We hope to raise as much funds as possible for the Shaheed Foundation. This money will be used to help end sectarian violence in Pakistan.
Remember, this is a charity event, so please donate generously to help our brothers and sisters who are being unfairly oppressed in Pakistan. All donations are tax deductible and a receipt will be provided as we have a registered charity number.

IF YOU ARE NOT PLAYING CRICKET PLEASE ARRIVE BY 5PM to participate in the formal proceedings.

Raffle Prizes: V.I.P. Double Pass to Rafaqat Ali Khan Concert, 2 x $50 Triforce Sports Vouchers, Lal Qila Dinner for two, Brunch Pass for two at Crowne Plaza Norwest.
Raffle tickets will be available throughout the day for $5 each or 3 for $10. 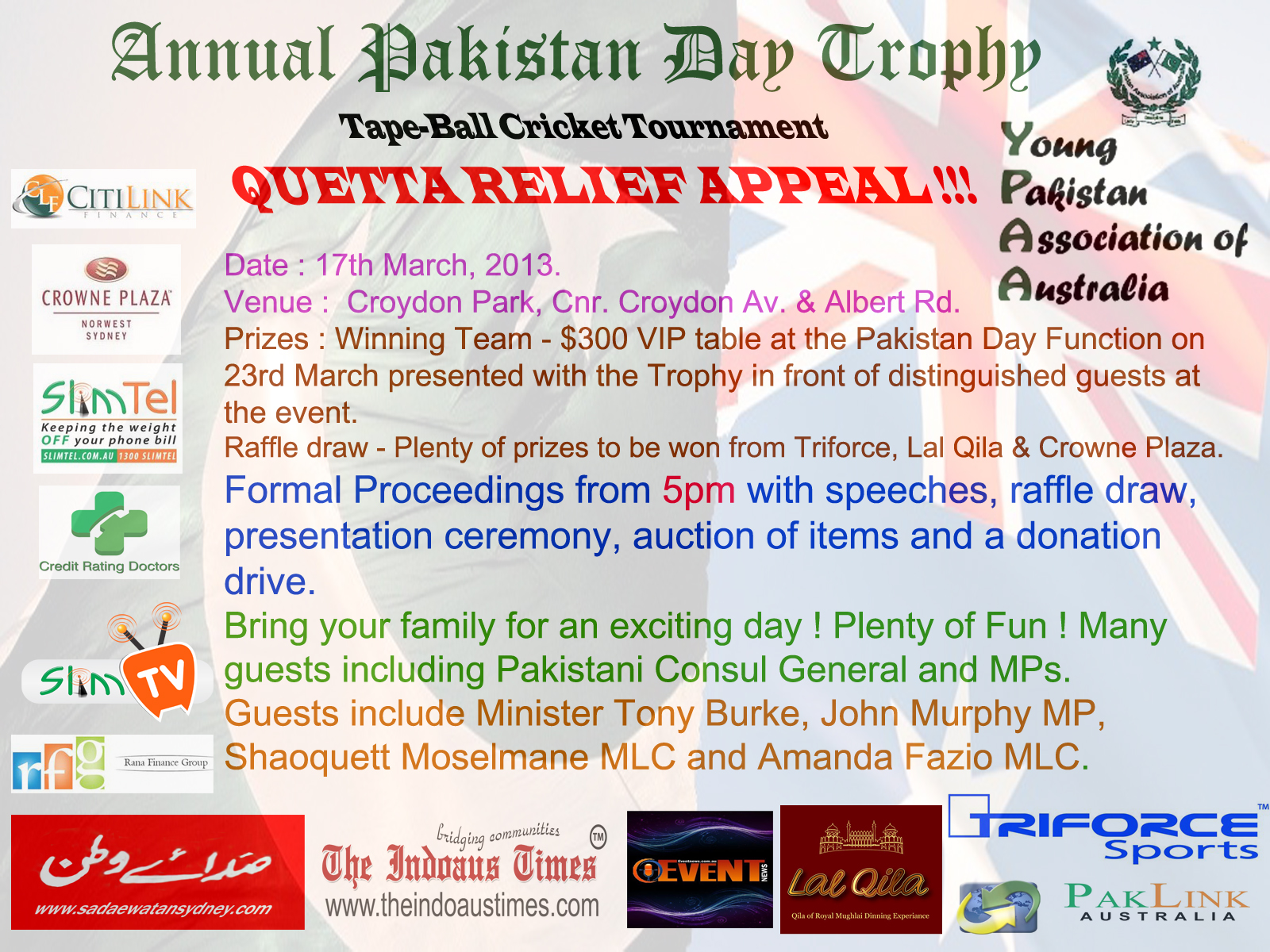