Extremism'!! Is it actually a monster? 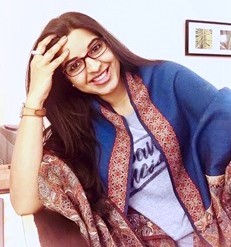 In today's age, the term 'Extremism' is no stranger to us. Having been used in almost every newspaper and magazine in the context of religious and political terms, its bound to be hated, feared and frowned upon. For a very long time now, it has been glued in our minds as something which is interchangeable with ' Radicalisation' or ' Fanaticism'. Interestingly, we are living in a world where many countries are playing the game of politics of fear and this term seems very convenient to justify many of their ill deeds.

However, to bring justice to the term ' Extremism', I realised that as per definition, it has been explained as ' a fact of someone having beliefs that most people think are unreasonable and unacceptable. Something outside the norms of the society!' Nowhere has it been mentioned only in the political and religious terms!!

Keeping this in mind, are we then doing justice to the term' Extremism'? Are we not attaching a taboo to the term which can also be used in other contexts? Rather a very fancy thought many of my readers will feel but my debate being: Cannot passion and sufism be explained in the context of extremism? Bit of a tangential thought I agree but I believe that our history is full of such extremists.

As a matter of fact, this bias can mark and shame many of the introverted but genius minds. Too much media hype and coverage has made these pre-formed ideas in our minds that extremism is only political and religious bounds. In my opinion, its not! In my opinion, a sufi spinning himself in an aura is an extremist, Sir Isaac Newton discovering gravity was an extremist, Aristotle finding that the earth is round was also an extremist as are all the scientists and astronomists thinking and believing about black holes and new universes are extremists as they fulfil the criteria of the definition of 'Extremism' by believing outside the norms and as a result were subjected to ridicule and laughed upon by the society.

Frankly, in my opinion, this world would never have progressed without extremists! People who dared to dream! People who thought differently from the normal average everyday man, people who went an extra mile to reach their dreams and achieved their goals. You may think I am confusing extremism with dreamers but isn't there a bit of extremist in every dreamer? The high achievers? The kind makers? These words somewhere, somehow are interchangeable! Believe it or not, there is a little extremism in all of us, amongst us, around us and that's what makes the world exciting!!

A wise man once said:
"Extremism in the defence of liberty is no vice and moderation in the pursuit of justice is no virtue".