After Pakistan’s compelling win against Australia in the second Test in Abu Dhabi this week, the traditional sporting foes will come togethernext weekend for a very different type of cricket match.
Some of the biggest stars of Pakistan cricket will join on Saturday, 8th Nov 2014 with Australians at the Gymkhana Club in Lahore for a special charity game. The second annual Fayyaz Sumbal Cup will raise money for the families of Pakistani police officers killed in the line of duty. 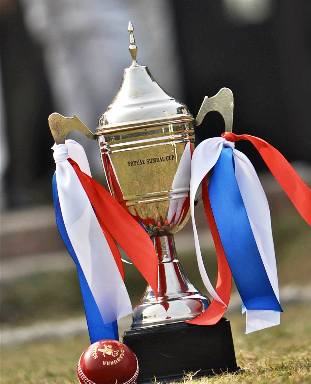 It is named after Baluchistan police officer Fayyaz Sumbal, who was one of 38 police officers killed in a suicide bombing in Quetta in August last year. Fayyaz had identified the bomber, at the funeral of another police officer, and heroically saved the life of the Baluchistan Inspector General of Police. Fayyaz had worked closely with the Australian Federal Police in Pakistan and came to Sydney for training.
He left behind a wife and two young children. His son, Sammy, who was eight years old at the time, spoke at Fayyaz’s funeral, saying his dad was his hero. The inaugural cricket match last year raised money for the families of Baluchistan police officers killed on the job. This year’s match will raise money for the families of slain police officers from Khyber Pakhtunkhwa.
An Australian XI will face off against a Gymkhana veterans team, in the “cricket for peace” game, which also hopes to foster goodwill and cooperation between Australia and Pakistan.
Former Pakistan batsman Ijaz Ahmed and wicketkeeper Kamran Akmal are among the confirmed starters. Cricket Australia have donated cricket whites and Australian vice-captain Brad Haddin and Victorian leg-spinner Fawad Ahmed have donated signed playing shirts to be auctioned.
To donate and support Saturday’s charity cricket match, Please visit: http://www.fayyazsumbalfoundation.org/home.html 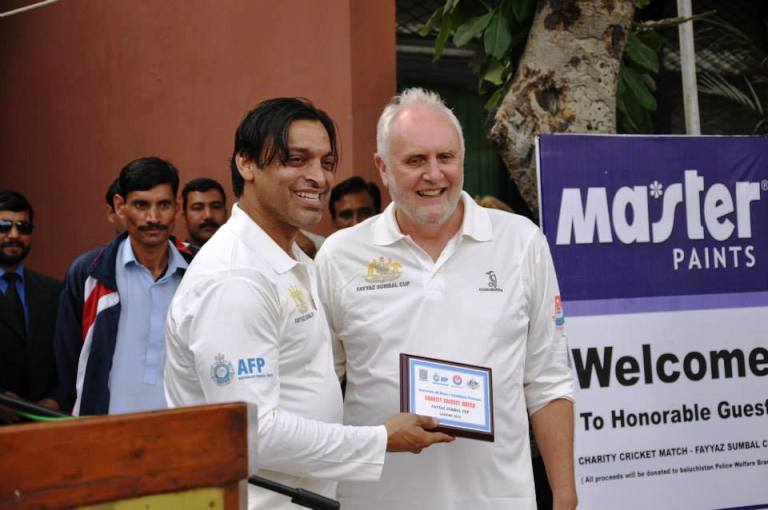