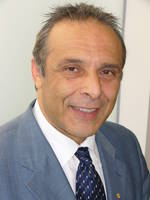 Hass Dellal was born in Melbourne, Australia, to Turkish Cypriot parents and is the eldest of three children. His great-grandfather was the last Ottoman mufti of Cyprus. During Dellal's early childhood, he was spent in Glenroy, where he attended primary school. Dellal spent his after school hours and weekends helping his father, Hasan, with the general store they owned in Glenroy. His father devoted his spare time towards assisting Turkish Cypriot immigrants who settled in Australia and helped form the Cyprus Turkish Association. He also founded the Cyprus Turkish Islamic Society, and was responsible for managing the construction of the Sunshine Mosque. Although the Turkish culture was a strong presence within his household, Dellal and his siblings found it difficult to speak the language, preferring instead to speak in English. His father decided to move the family to Turkey, so that the children would gain a stronger sense of their culture. In 1962, at the age of 10, Dellal's family sold their assets and moved to Ankara, Turkey but returned to Australia, in 1965, where he spent his secondary school years. Dellal studied at Merrilands Secondary College and then at the Melba Conservatory in Richmond. Once he finished his studies, he became a teacher at a Catholic girl's college. In 1989, Dellal became the founding executive of the Australian Multicultural Foundation (AMF). His efforts were recognised in 1997 when he was awarded the Medal of the Order of Australia by Her Majesty Queen Elizabeth II for his support of multicultural affairs, the arts and the community. In 2003 he was awarded the Centenary of Federation Medal for his contribution to Australian society.

The evening began with the Patron of Crescent Institute, Talal Yassine, acknowledging the long-term partners Fujitsu, Crescent Wealth and Corrs Chambers Westgarth for their ongoing support and dedication to the Institute. This was shortly followed by a warm welcome by Michael Chaaya (Partner, Corrs) and a brief message by Omar Khan (Head of strategy & Product at Crescent Wealth).

Mr Khan announced the launch of Australia's first ultra-ethical superannuation fund, its vision and strategy with its exciting new product; ‘we choose not to benefit from gambling or other unethical products, we choose to invest in areas that will have a positive impact on the broader Australian community’. Mr Khan invited members to participate in this vision and join the super fund with a special offer located at: http://www.crescentwealth.com.au/superpromo/.

After a brief personal introduction by Mr Yassine, Dr Dellal took to the stage and began in a candid yet comical fashion “My sincere thanks to all who have made it here tonight and my apologies for the date change and any convenience caused’ to which Talal Yassine responded ‘I paid them all to make it’ to which Hass responded “well you’re Crescent Wealth”. 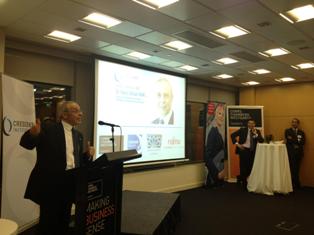 Hass then delved into his experiences and journey from a Turkish immigrant background. He particularly touched upon the issue of identity recalling early child hood struggles to ‘fit in’ both in an Australian environment as an Australian born with immigrant parents and in a Turkish environment when living there for a period of time. He recalled a number of experiences and struggles to fit in such as asking his mother for Vegemite to better fit in at primary school. His mother did buy the Vegemite only to use it as a form of shoe polish (not knowing what it was) resulting in pets licking his shoes at school.

Whilst in Turkey at the age of 9 he would be the victim of a game called “Gallipoli” where Hass would be ‘driven into the sea’ in the playground as he was known as an Australian. When back in Australia he become the "Turk"! It was these experiences that shaped Hass’s view on identity and a realisation that he had to take control in shaping his identity otherwise others would shape it for him – “I had to stand up to who I was and what I was”. This lead to Hass’s vision for the Australian Multicultural Foundation (Founder) where dialogue and diversity of thought are at the heart of its mission.

However, Dr Dellal most poignantly and succinctly conveyed his views on the nights topic area of Australian Muslims and the media. As Deputy Chairman of SBS Dr Dellal had a wealth of experience and insight to convey, “Given the sheer number of platforms of available media, the world has become incredibly fast at sharing information and also dangerous at times.” He went on to describe how there seemed to be openly hostile imagery of Muslims in today’s press most commonly caused by a combination of misinformation, unregulated communities and the ultimate need for media outlets to ‘shock and sensualise’.

He particularly delved into the media blur of fact and opinion where personal opinions have been miss-construed as fact and fact is fused with opinion. Ultimately Hass found that this fusion of fact and opinion is a strategy ‘to sell’ and definitely evident in the current day media environment and that a balance needs to be struck in regulation.

Hass also expressed his concern at so-called community leaders who are ‘seemingly qualified experts’ yet don’t actually have much legitimacy in the broader Australian Muslim community. Hass found that this particular issue is twofold where media shock jocks would  actively search for ‘community leaders’ with controversial  points of view  on issues and in return these leaders will get their ‘moment of fame’.

Hass ended the evening by re-iterating the need for continued community engagement and that vast improvements can be seen in more recent times. He also explained that ‘If ever there was a time in history for new generation to input and take the mantle of leadership- the opportunity exists and is available now'- and he invited members to step up to the mark.

As a token of appreciation, The Crescent Institute presented Dr Dellal with a unique and original piece of art by Peter Gould depicting some of the 99 names of God where the colours of the image were inspired by ‘warm Australian colours'.

Crescent Institute will present a number of other Leadership Series events this year featuring some of the country’s thought leaders and business professionals with The Hon. Joe Hockey as the next presenter. 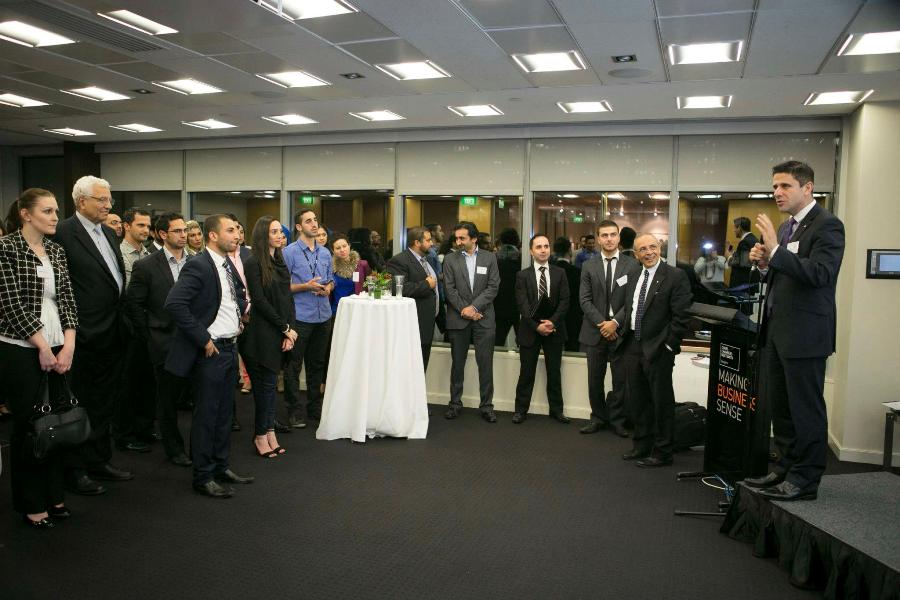 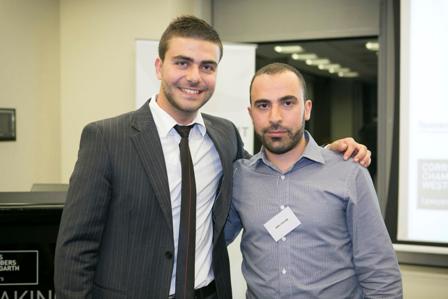 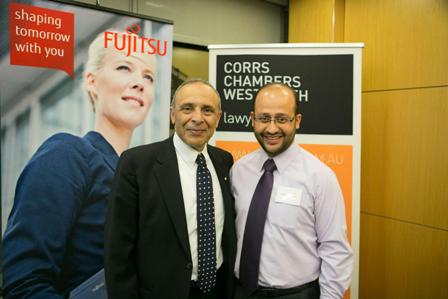 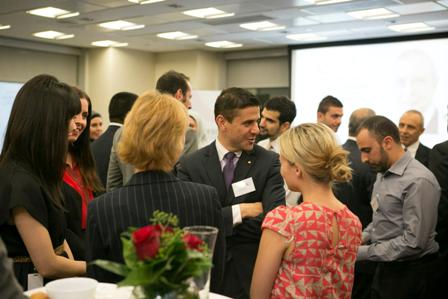 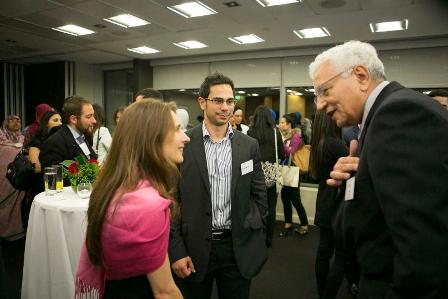 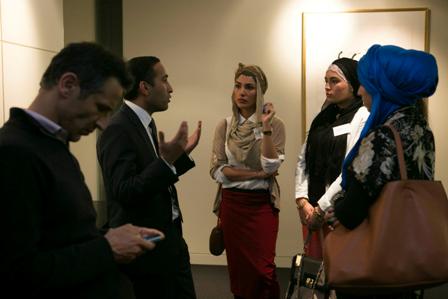 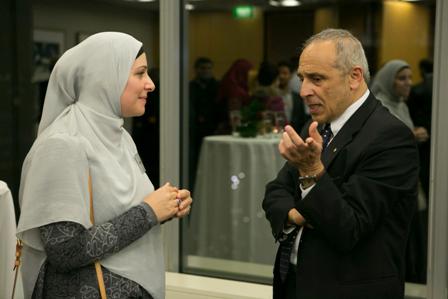 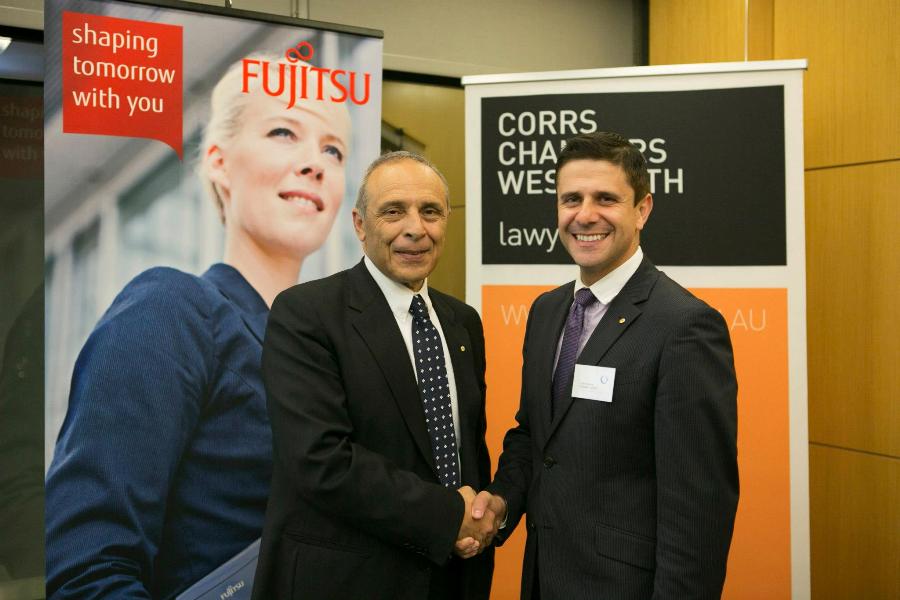